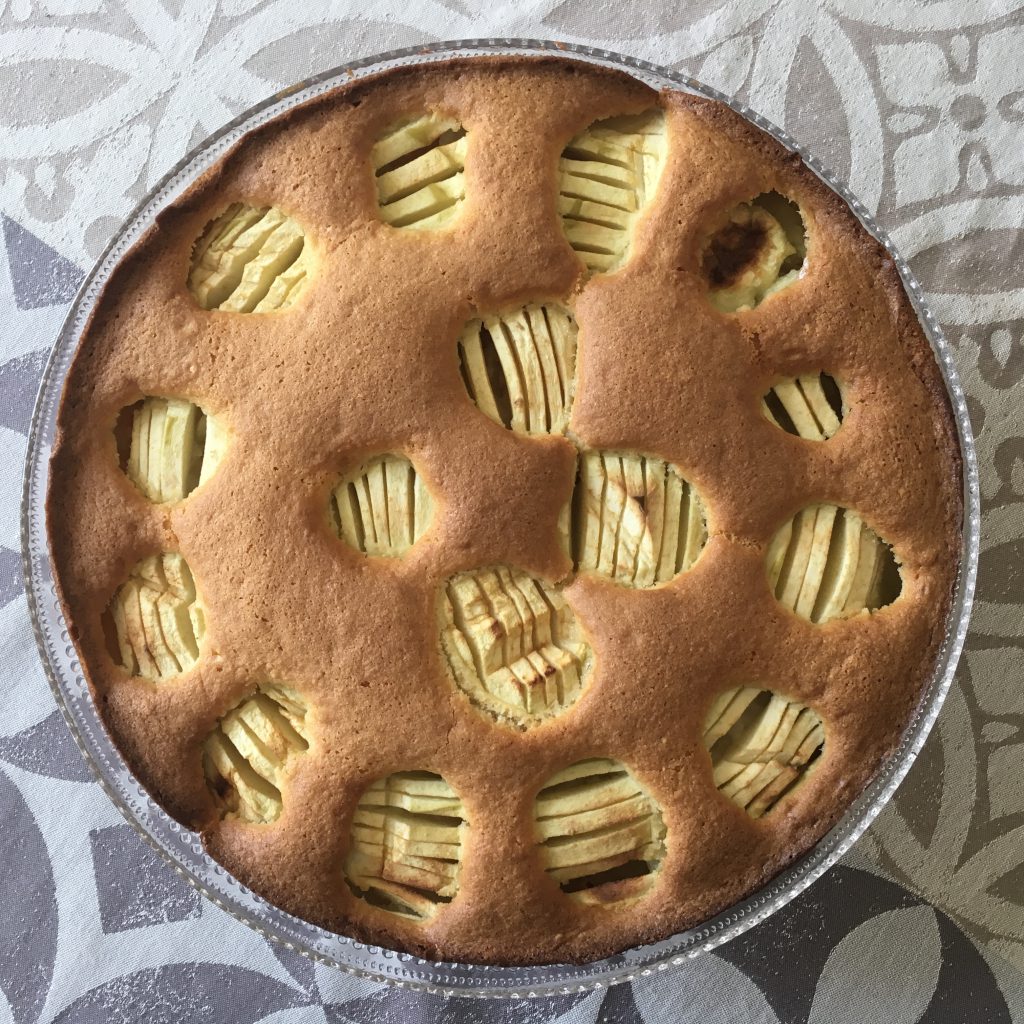 It has been a month since I infused some soju with vanilla pods. The idea was to make some home-made vanilla extract. Today, however, I wanted to make an apple cake but realised I was out of brandy, and the rum I had was from Mauritius and so a bit of a shame to use. So I opened the vanilla soju and used this instead. 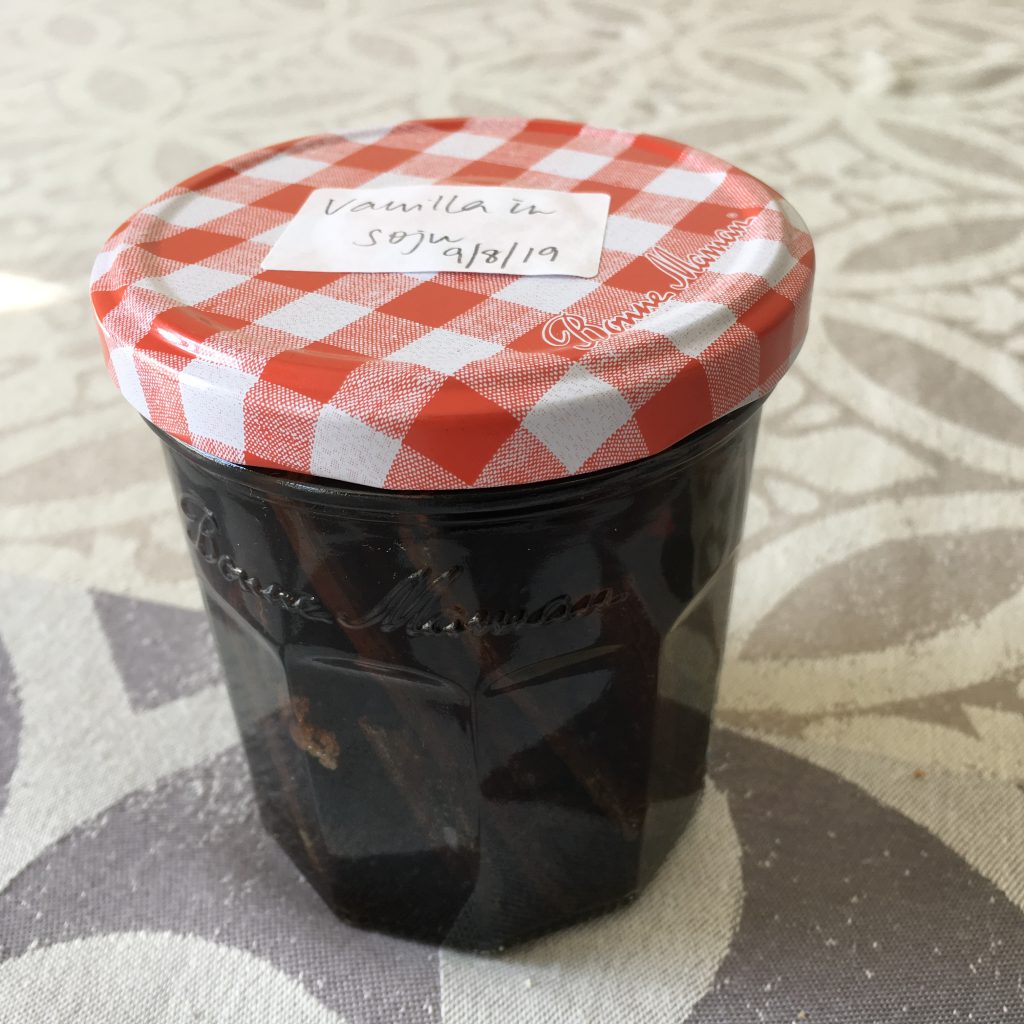 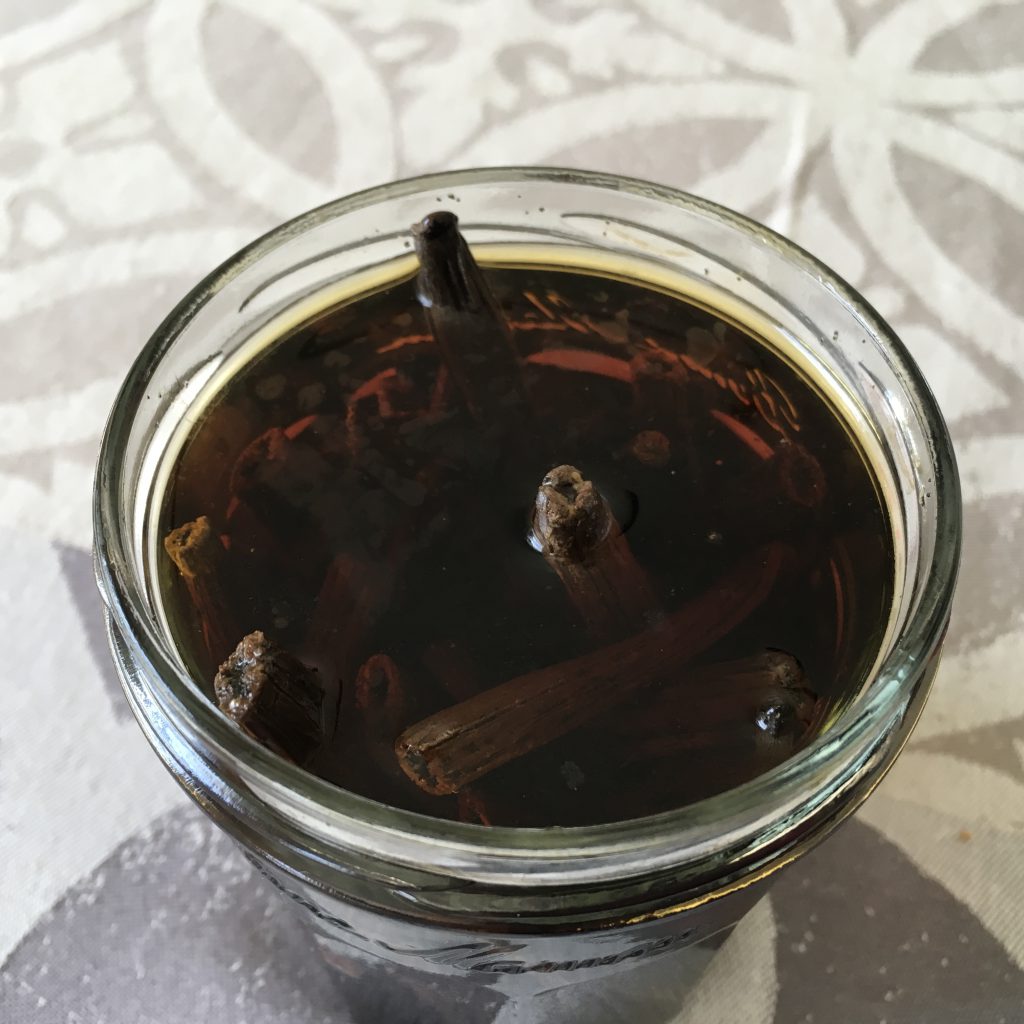 This apple cake is another favourite and I make it very often. It looks so good for such minimal effort. If you line up the ingredients beforehand, including the apple pieces, then it only takes 30 seconds in the Thermomix to mix up the cake batter.

If you do not have a Thermomix, then all you need to do is to place the ingredients (except the apple) in a food processor or to use a hand-held or electric beater.

Having made this cake over and over again, as far as I can see the secret of success lies in using

a) the right-sized tin which should be 28cm in diameter: any smaller and the apples will be covered by the cake and not show through

b) Bramley apples, as the sharp taste contrasts nicely with the sweet cake and also the texture collapses slightly as you bite into it

c) brandy or rum: I am not sure how or why, but the addition of the alcohol somehow lightens the texture of the cake. 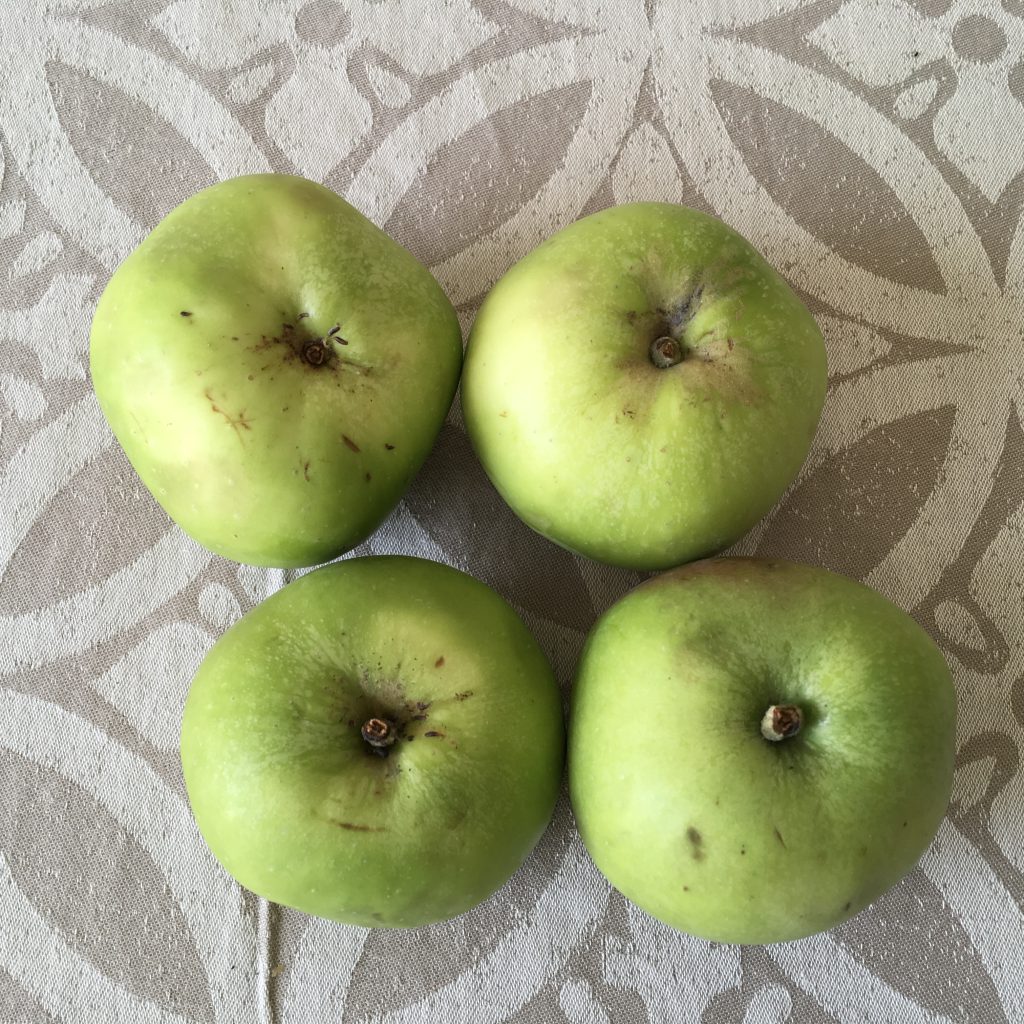 30 g rum, brandy (or vanilla soju in this case)

You will also need a 28 cm round loose-bottom baking tin, sides greased with butter and bottom lined with baking parchment.

First peel the apples. Quarter each apple and cut away the core.

With a sharp knife, make even cuts on the outside of the apple. Make sure the cuts are half way and not completely through, as the apple needs to remain in one piece. Set the apple quarters aside. 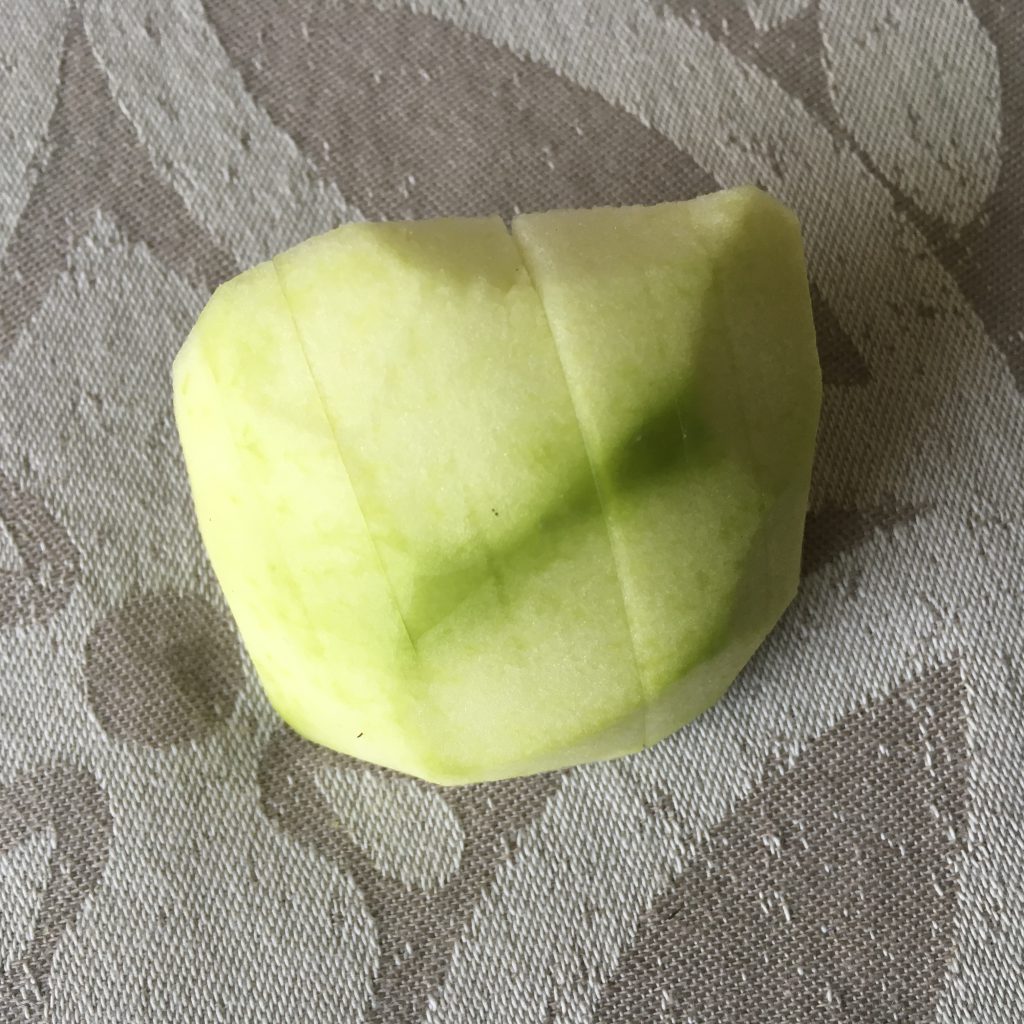 Mix 20 seconds /speed 6. Scrape down the sides of the bowl with a silicon spatula.

Pour the cake mixture into the prepared cake tin and spread evenly.

Place the reserved apple quarters on top, in a circle.

Bake in the preheated oven for 40 minutes, or until the cake bounces back when touched. A metal skewer inserted in the centre should come out clean.

Cool the cake in the tin for around 10 minutes before removing it and placing on a serving plate.

The cake can be served as it is or with vanilla ice cream or vanilla custard. 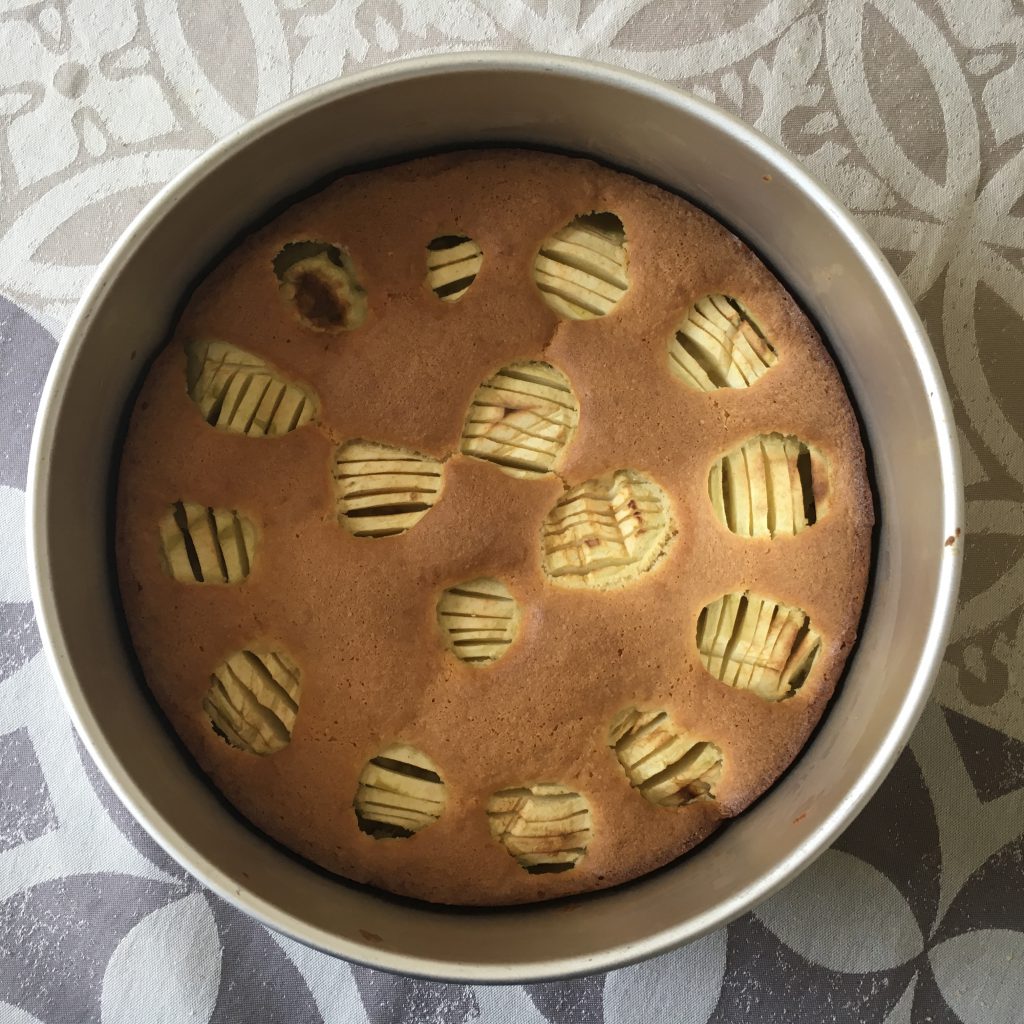 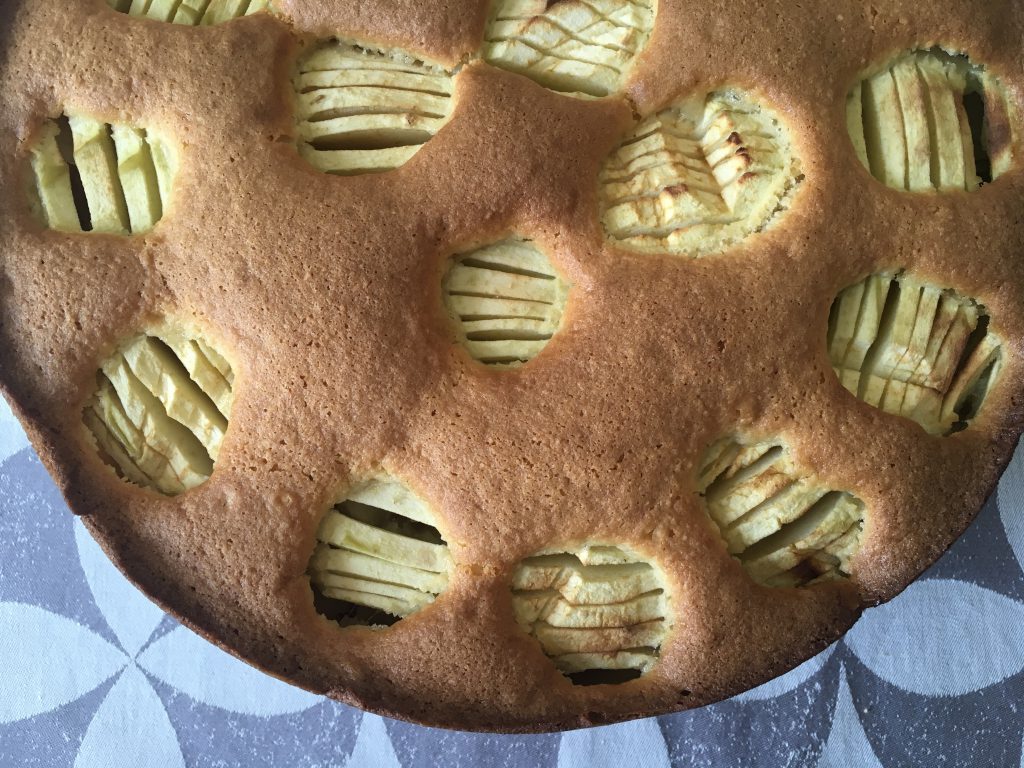 We are having friends around for dinner, the second this week to celebrate the mid-Autumn festival. There are some spare ribs, deep -fried prawns, aubergine in sambal sauce, some rojak (that beloved Malaysian salad) and for dessert we have tiramisu and the apple cake. There are also lotus paste mooncakes to share with everyone. 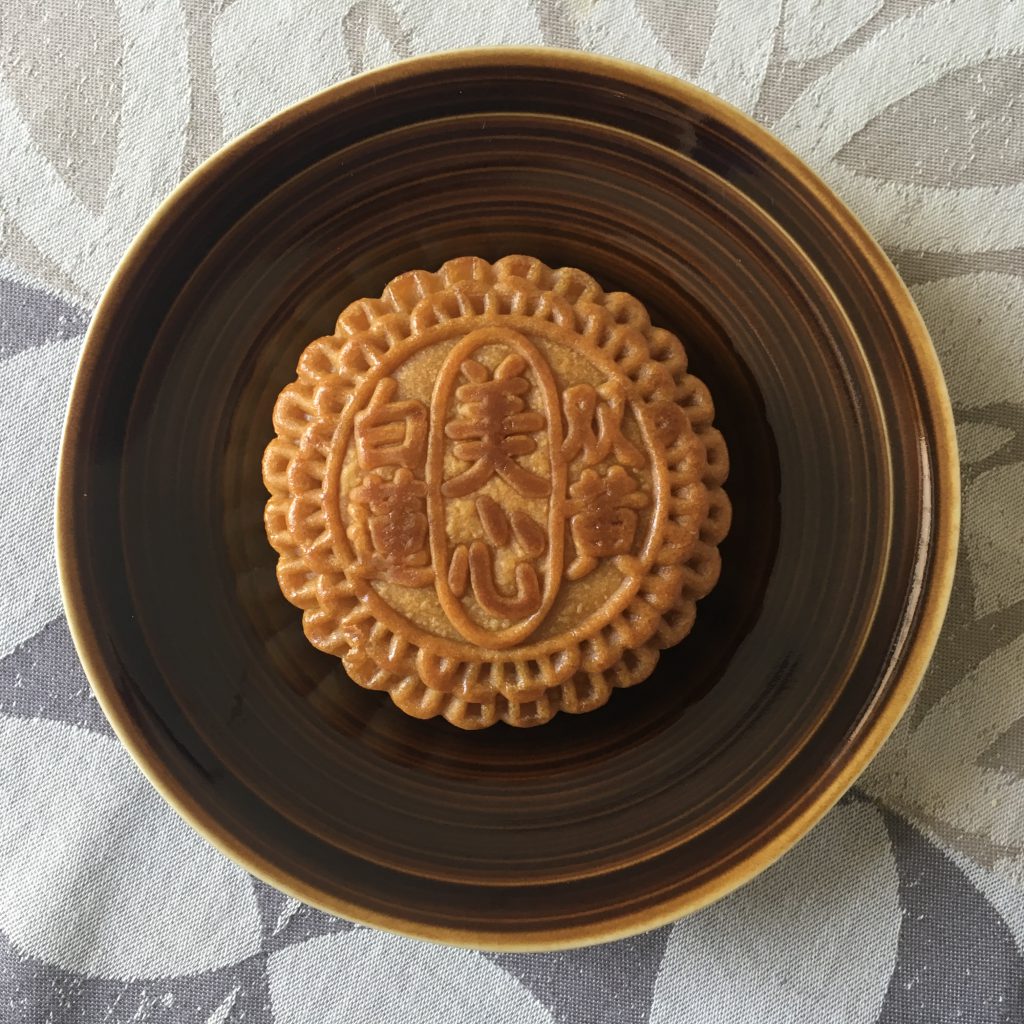