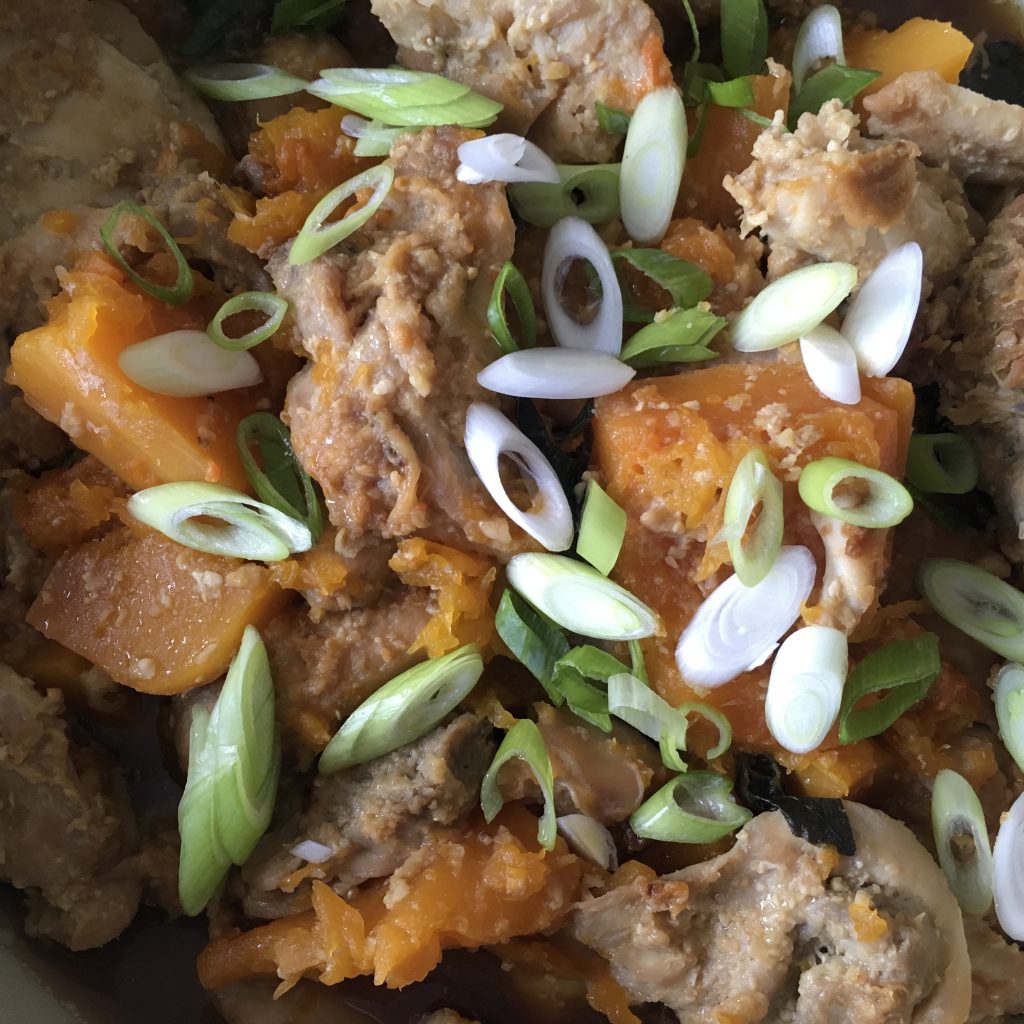 We Chinese people…we shot ourselves in the foot, didn’t we? Always parading the fact that we love the colours red and gold, and the number eight, the marketing men have gone overboard and created products just to appease our superstitious beliefs.

Earlier in the week we watched the play The King of Hell’s Palace, based on the true story of the Henan blood plasma scandal. In the 1990s, farmers in Henan province in China were persuaded to sell their blood without being told of the risks of contacting infectious diseases including HIV. In one scene the conversation between the farmers suggested that the blood inside their body was like free money: red blood and golden plasma would make them a fortune.

I thought about this as I picked up a butternut squash for tonight’s dinner. Since when did squashes come sun cured? And to describe it as golden, well, this is the sort of thing that would appeal to many traditional Chinese folks. 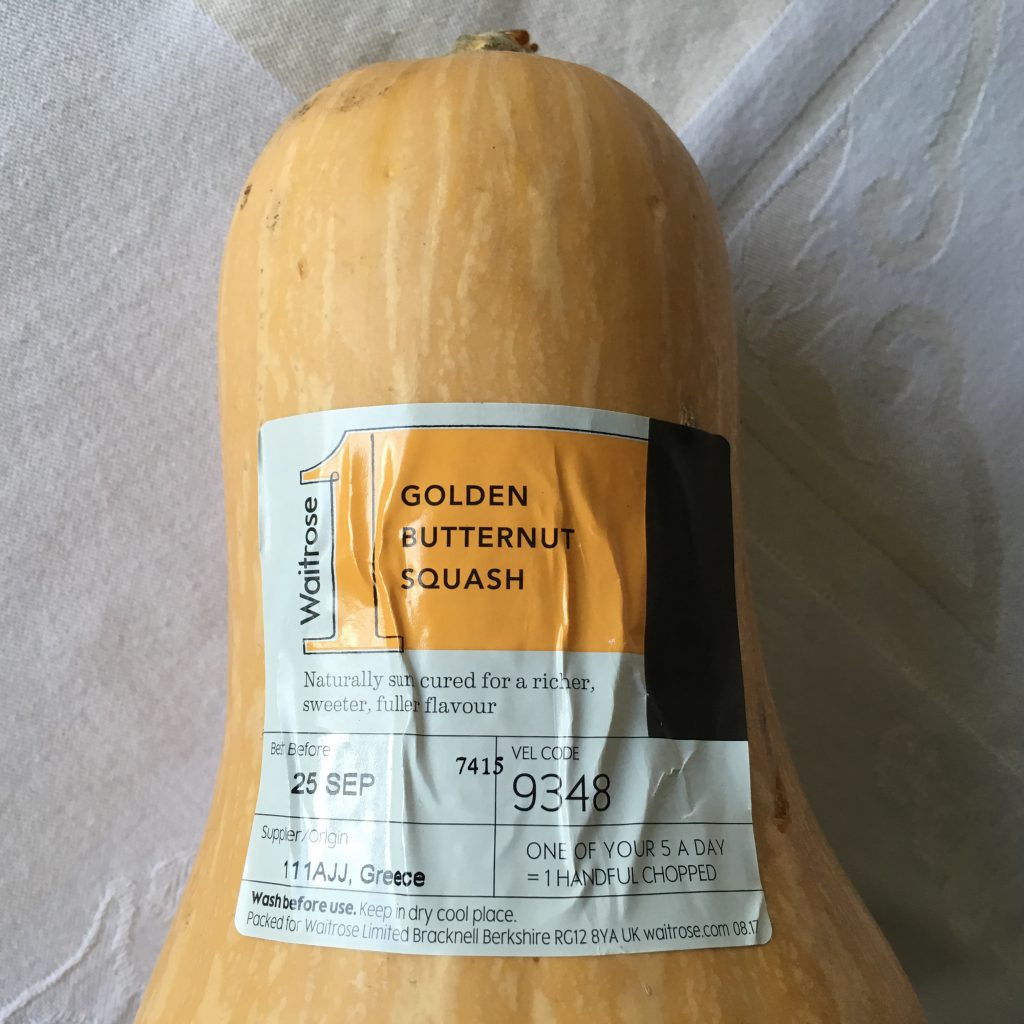 Inside, the squash looks like a squash, although I am hoping the sun curing would have cured it from anything that makes it taste insipid. 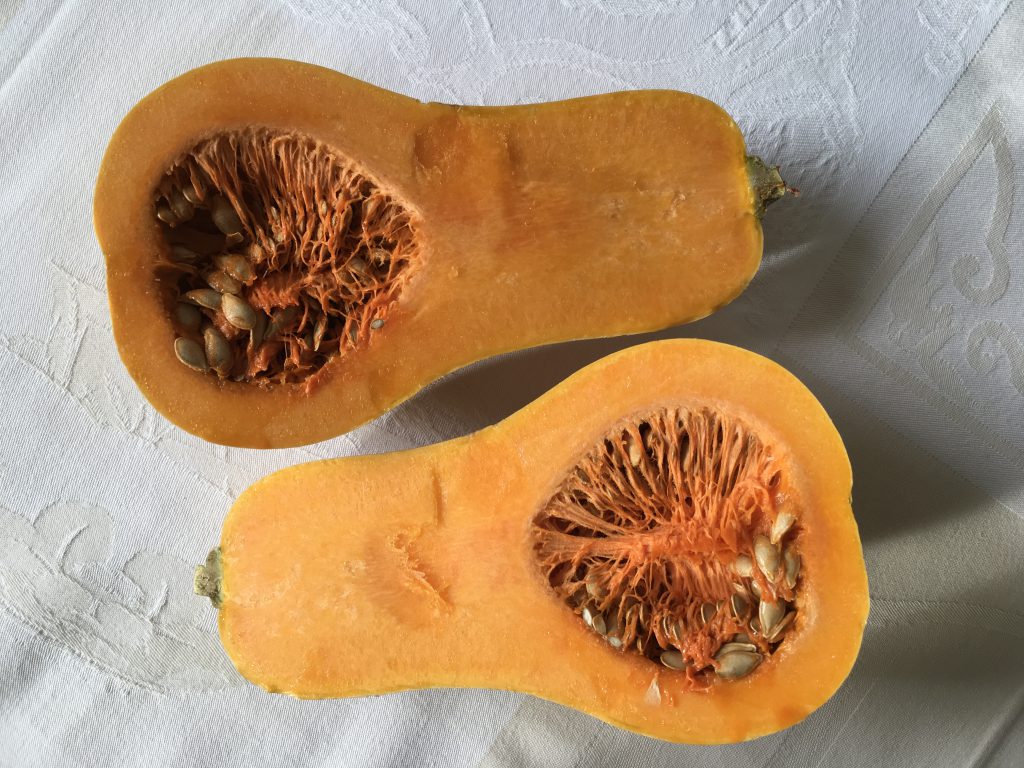 The chicken dish is part of a mid-Autumn festival dinner with friends. There are cakes from Lanka for dessert and we all share some lotus seed mooncake. We eat and talk a lot and the only thing that could have made this meal any better would have been a post-dinner walk along the stream lit up by some paper lanterns.

Alas, we are in London and not in a remote Chinese village. Nonetheless I am very grateful to be surrounded by such lovely friends when my family, and indeed all my guests’ families, live across the ocean.

You will also need a large oven-proof pot.

Cut the butternut squash into large chunks and place at the bottom of the pot.

Place the basil leaves over the squash. The basil is optional, and I used it as there was some growing in my herb trough.

In a large mixing bowl, make a paste by mixing the miso, maple syrup, mirin, garlic and ginger.

Depending on the size of the chicken thighs, slice each into 2 or 3 pieces. Add the chicken pieces into the paste and give everything a good stir.

Place the chicken on top of the basil and squash, cover the pot with its lid and place in the oven.

Cook for 1 hour and 15 minutes. The chicken releases its juices as it cooks, which bastes the squash at the bottom. At the end of the cooking time you will have a one pot meal ready to serve, along with some steamed rice and perhaps some mushrooms with sesame oil and soya sauce. 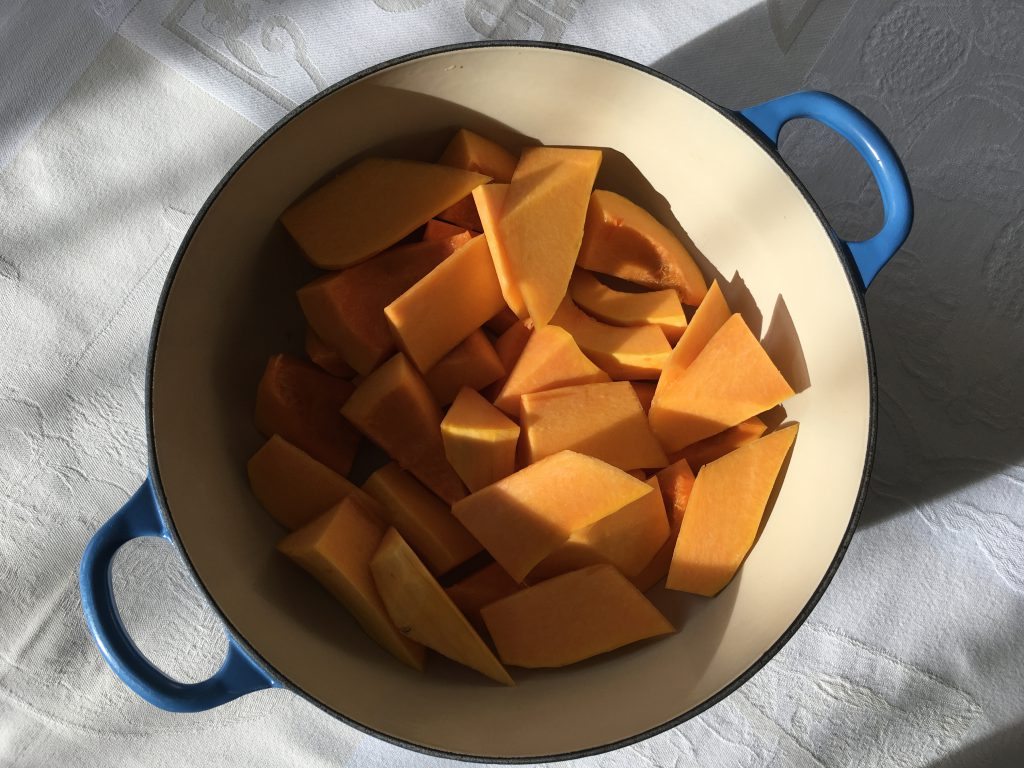 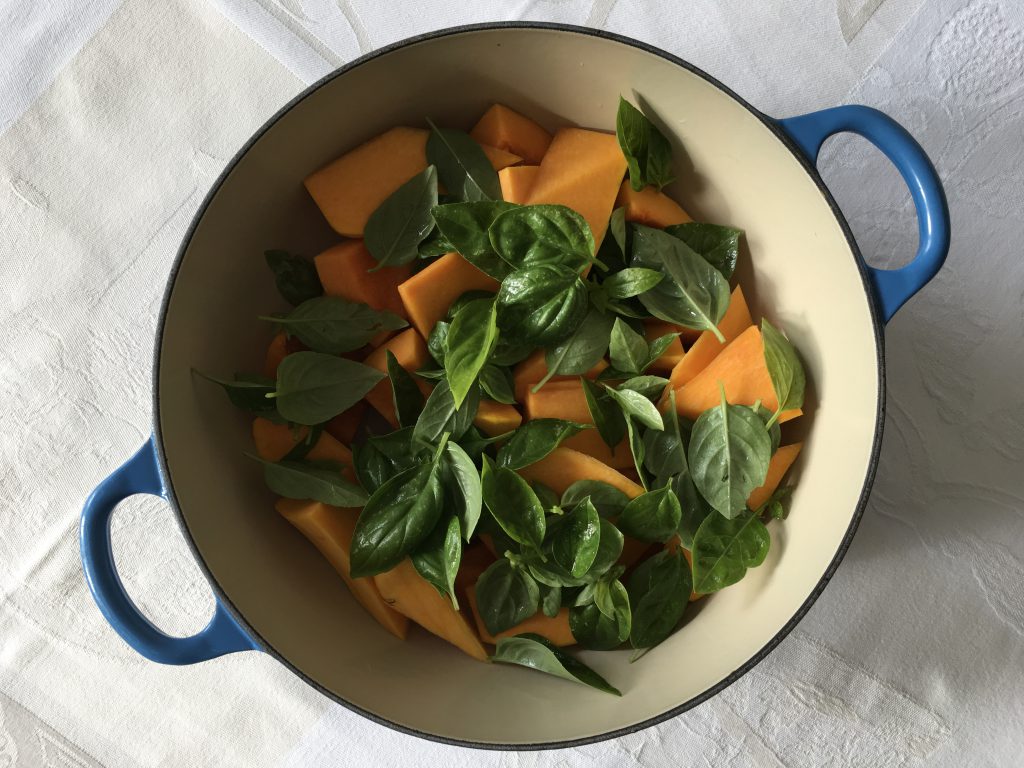 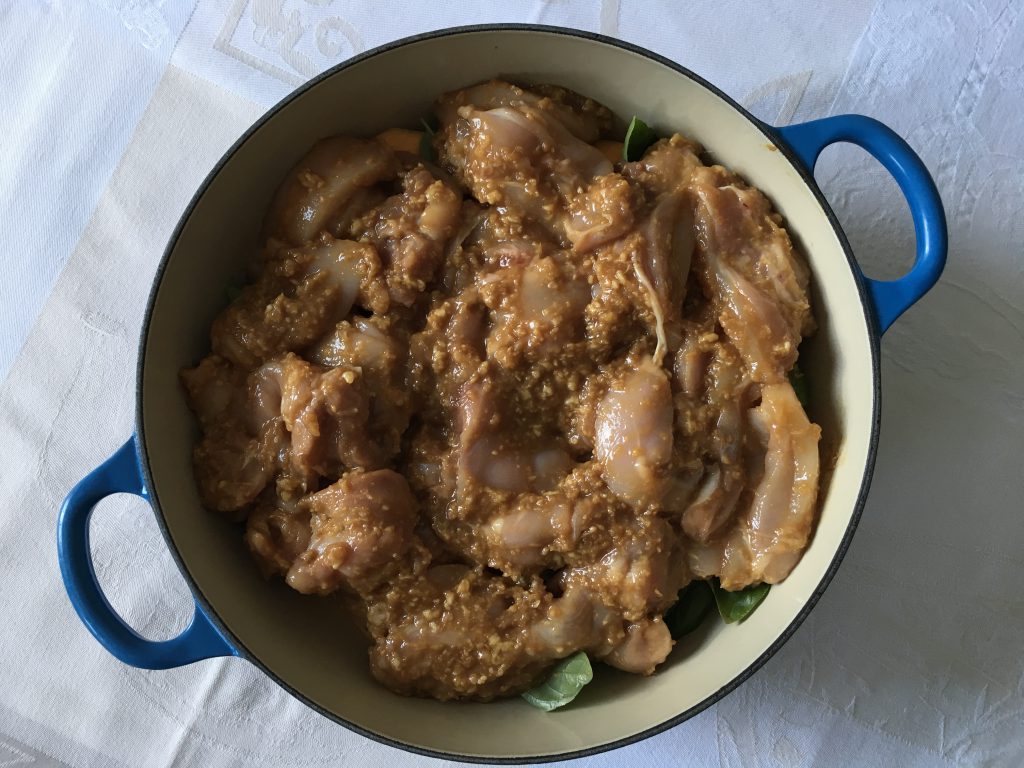 The cooked miso chicken with golden squash: stir everything before serving in order to show the squash which has been cooking underneath the chicken 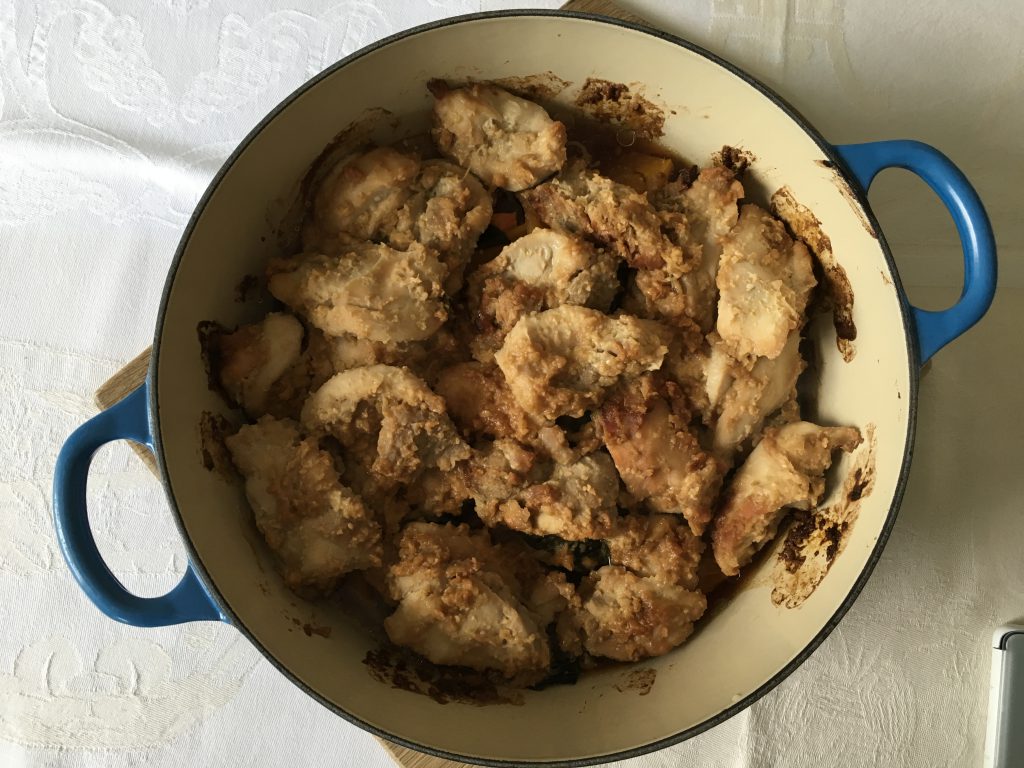 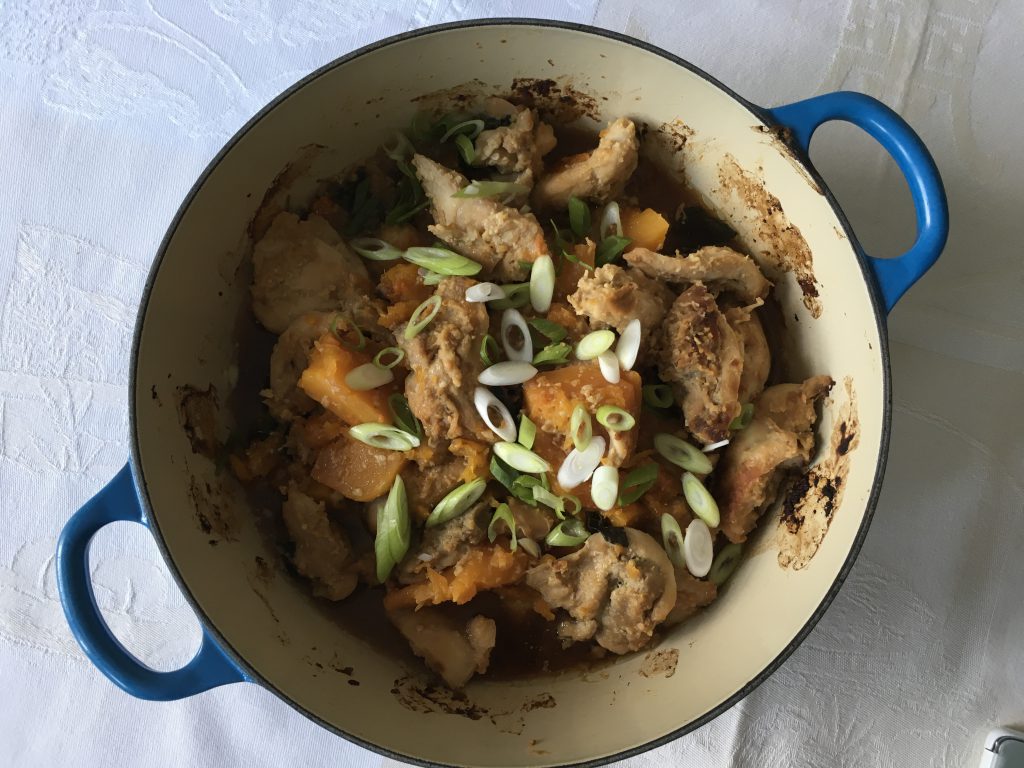 There were 10 of us for dinner and we had the chicken, a whole roasted salmon, mango and red cabbage salad with macadamia nuts, some steamed rice and mushrooms with sesame oil and soya 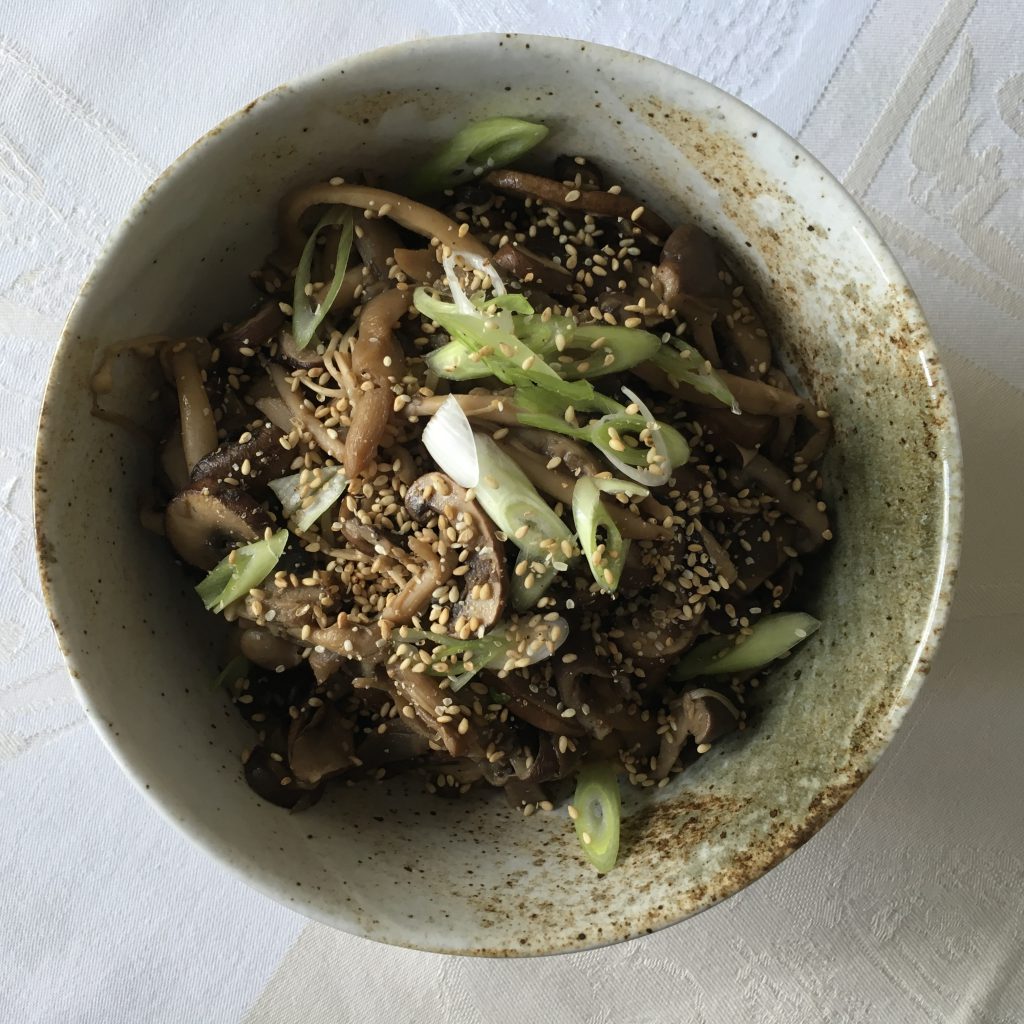