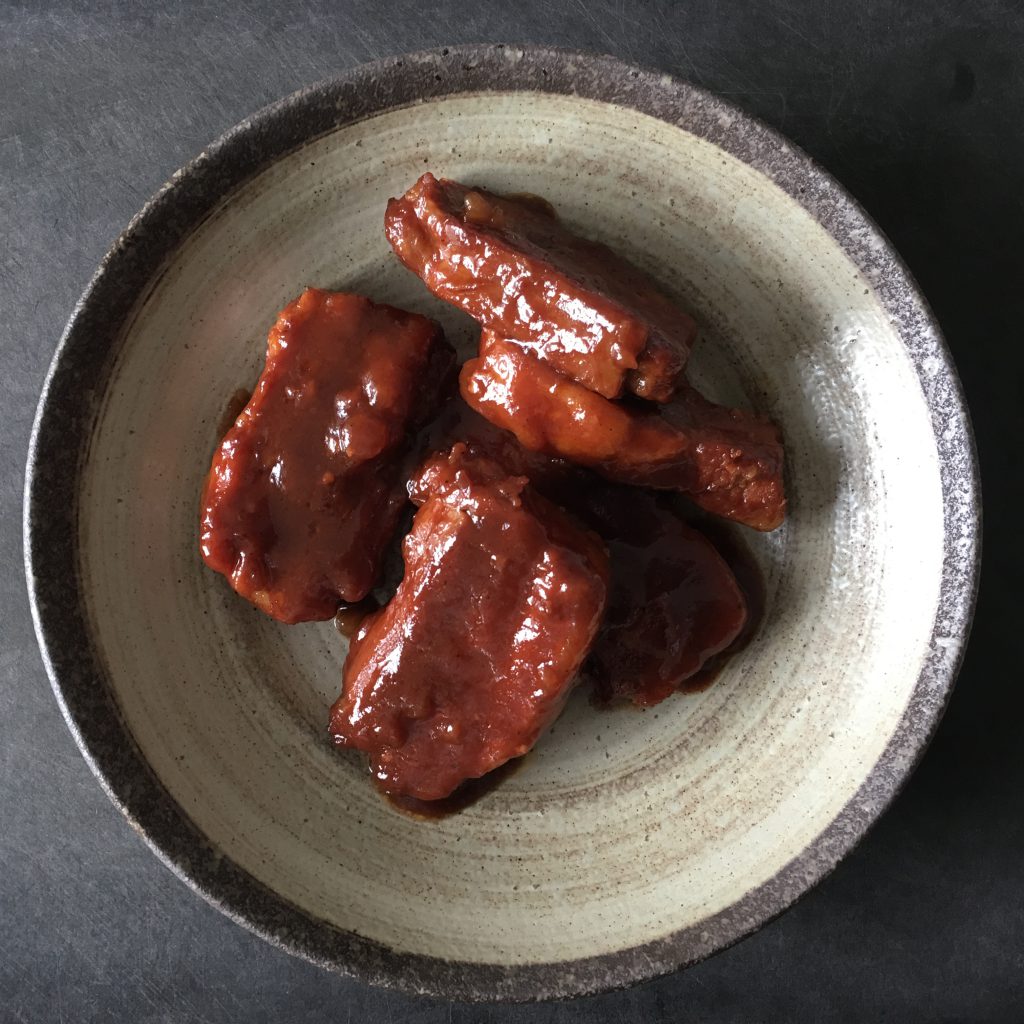 I had some spare ribs on the kitchen counter when Mr Gochugaru came across them and commented: it must be that time of the year again.

For years and years, when the children were little, we would settle down to a bowl of spare ribs and thinly sliced potatoes baked in cream and garlic, and watch the merry-go-round that is the Eurovision Song Contest. This was often during a May Bank Holiday and so in Mr Gochugaru’s mind, one of the May weekends = Eurovision = spare ribs.

I think we stopped watching it around 10 years ago, after Terry Wogan stepped down as its local presenter. The song entries were always awful but Mr Wogan’s commentary made it bearable. The spareribs and potatoes kept us in good humour as the United Kingdom, Royaume-Uni, often ended with nul points.

Here is the recipe for the spare rib marinade. The truth is that I never had a recipe but simply looked at all the various sauces in the store cupboard that needed using up and put them together in the pot with the ribs. Today I had some small bottles of tomato ketchup and Tabasco which came with my burger at the Langham Hotel. They were rather cute so I popped them into my handbag as a keepsake. Mr Gochugaru’s contribution is the sherry which he tried to like but in the end decided he really is not a fan of sherry.

I have given alternatives to what I used today because over the years I have used all the other ingredients too. That this dish was such a family favourite just goes to show that it really doesn’t matter what the mix is. In the end sometimes there is success despite unlikely beginnings…a bit like the winning entry for the Eurovision Song Contest. 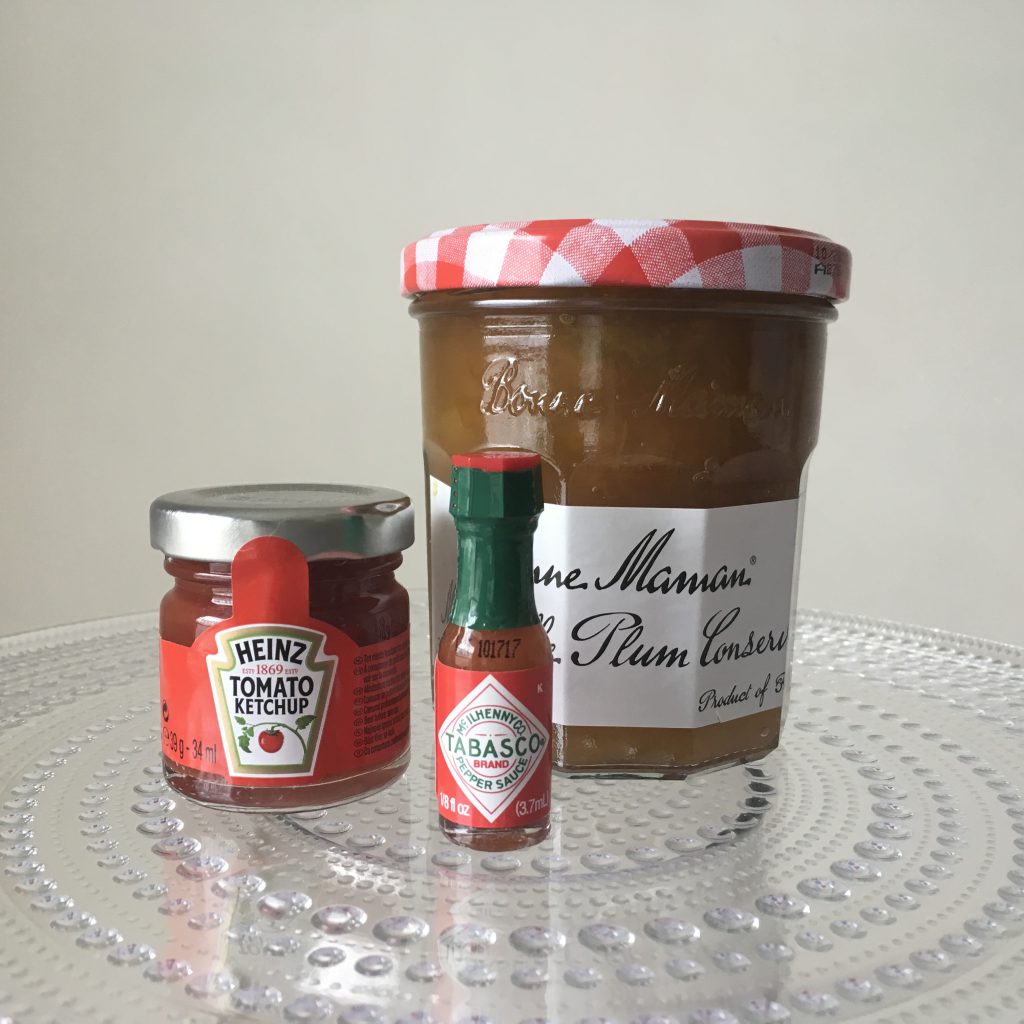 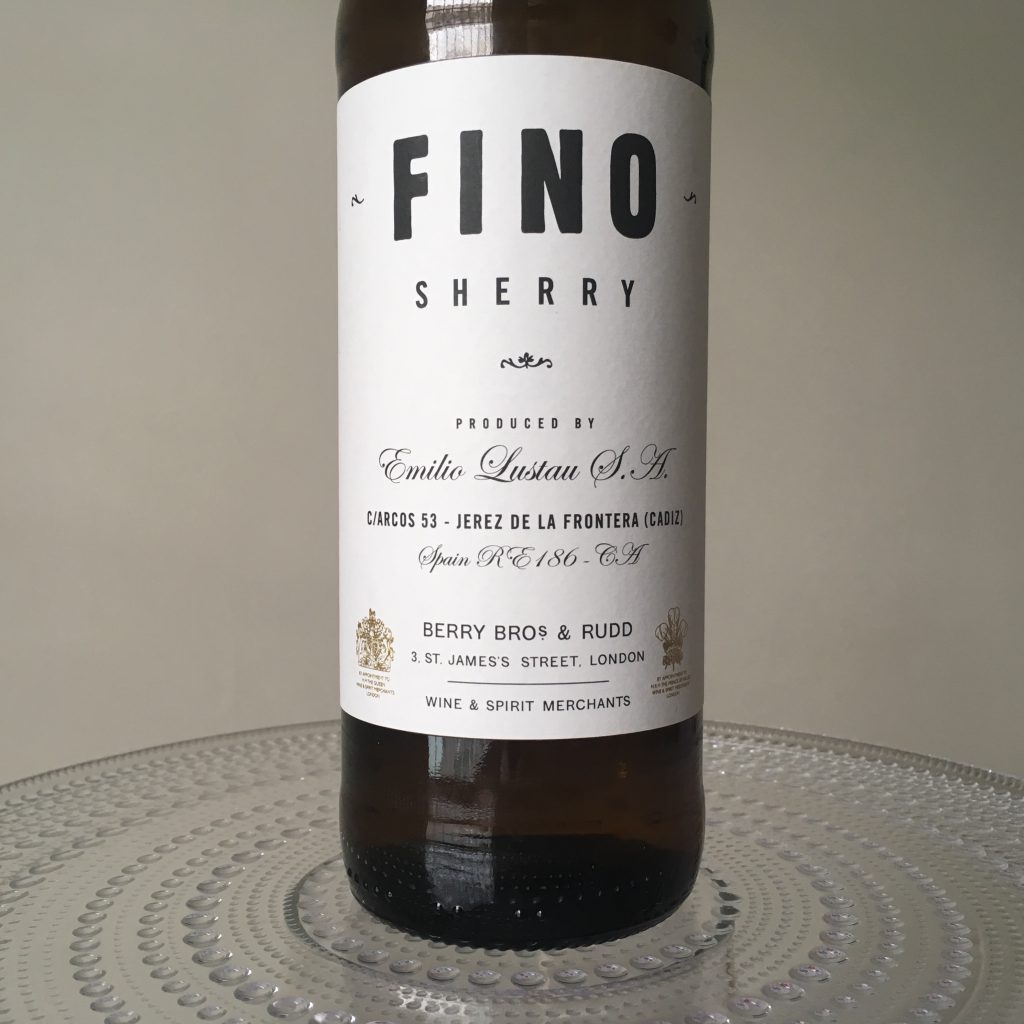 For the Spare Ribs and Marinade:

Place all the marinade ingredients in a large mixing bowl and stir to get a loose paste.

Add the meat and stir to cover it with the marinade. Leave for 30 minutes.

Place the meat in a large pan with around 500 ml of water. The water needs to be slightly above the level of the meat.

Cover the pan with a lid and simmer for 30 minutes.

After this time turn the meat over and continue simmering for another 30 minutes.

Check the meat and adjust the seasoning to your taste.

With the cover off, continue to simmer and turn the meat whilst reducing the sauce until it clings to the ribs. 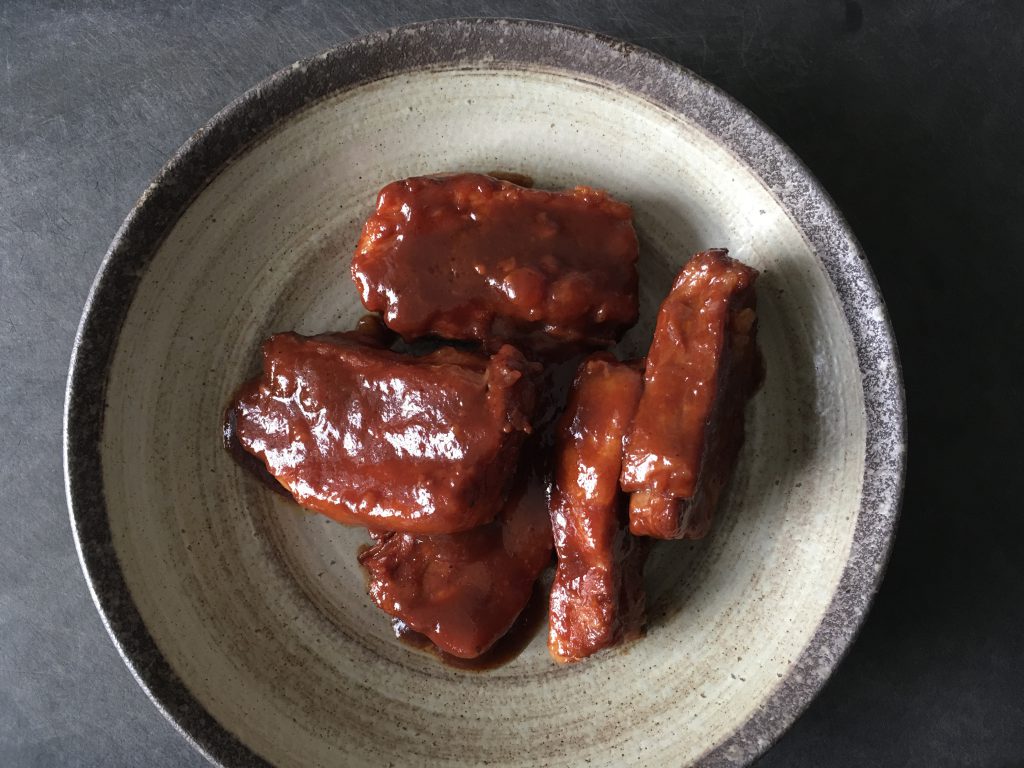