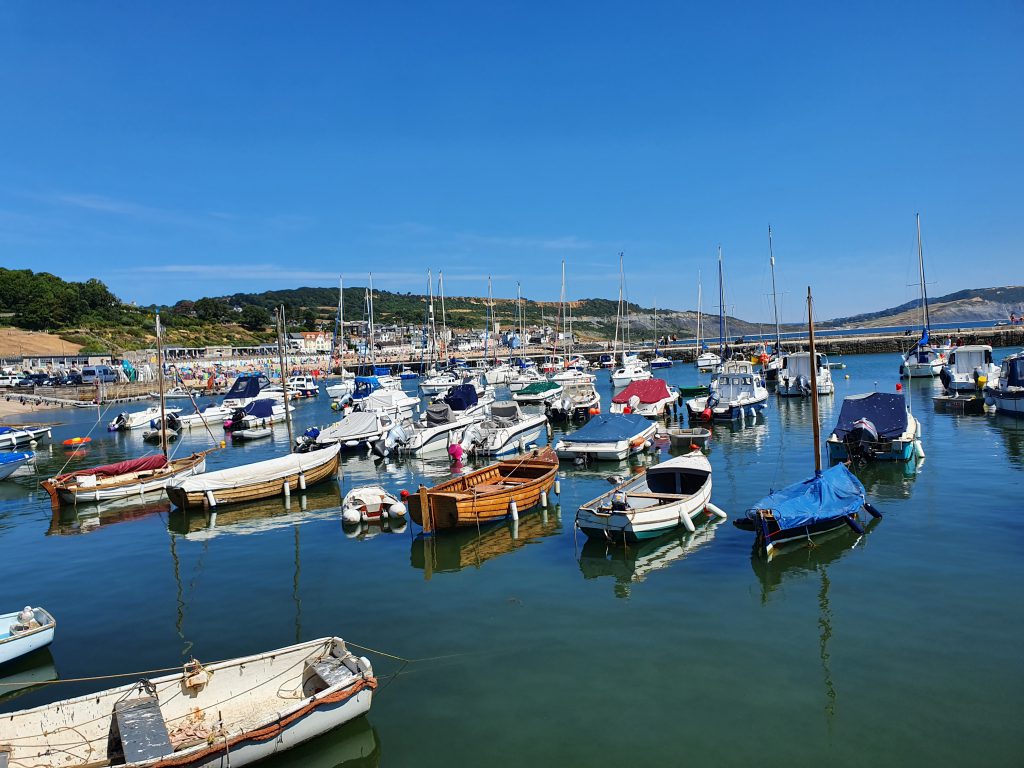 The marina at Lyme Regis, Dorset

Devon has a small border on its east with the county of Dorset. It is not a long drive from where we are, near Exeter, to Lyme Regis and this is where we spend the morning before heading for lunch.

Looking out to sea from Lyme Regis 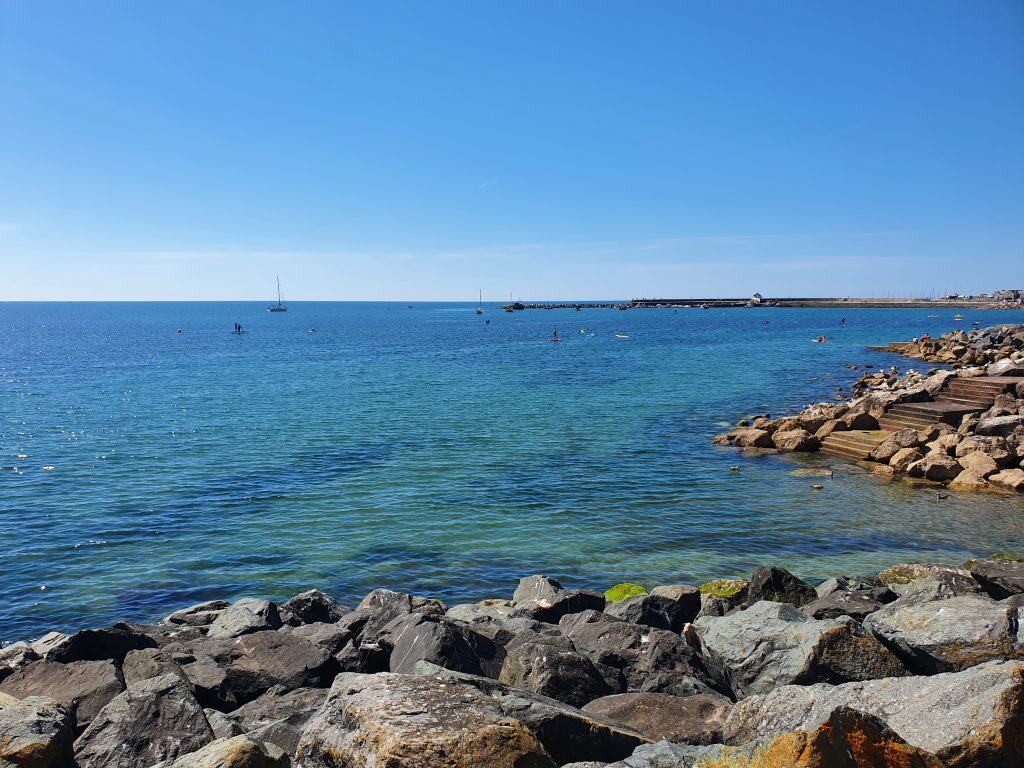 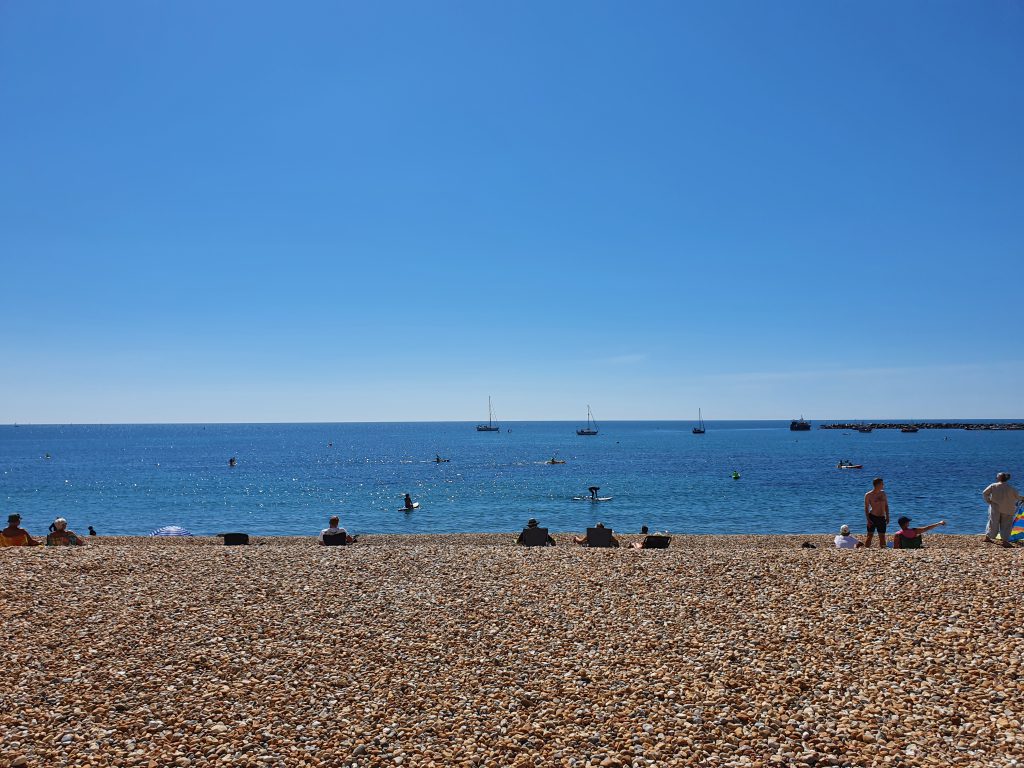 The beach here is naturally made up of pebbles, but there is a small section (popular with families) made up of sand imported from France 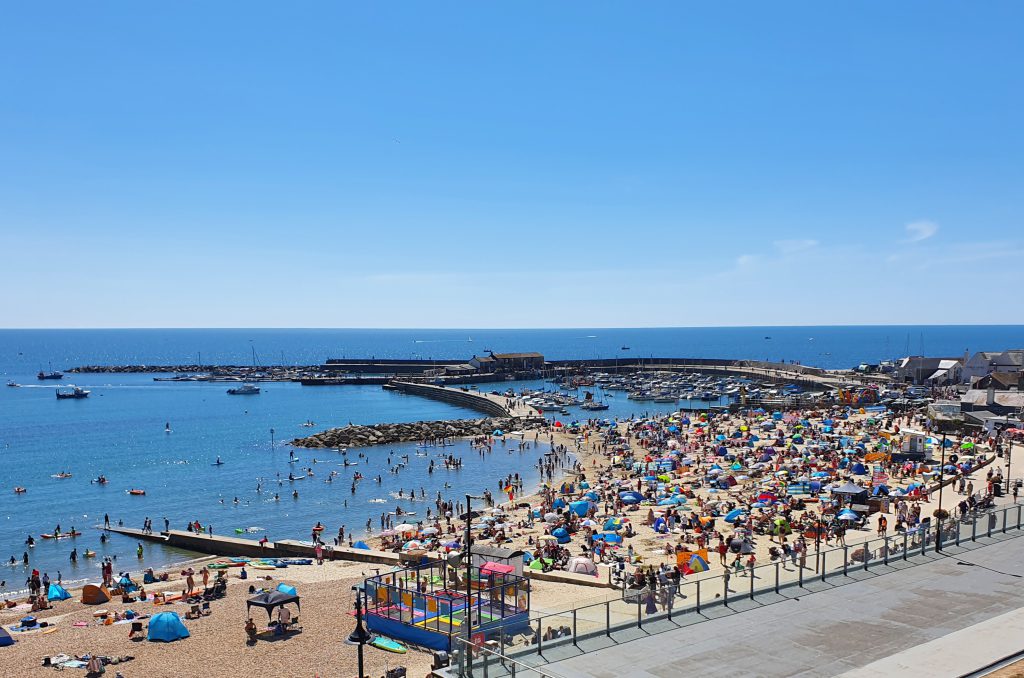 Things that are a part of beach holidays: sand toys, seagulls and beach huts 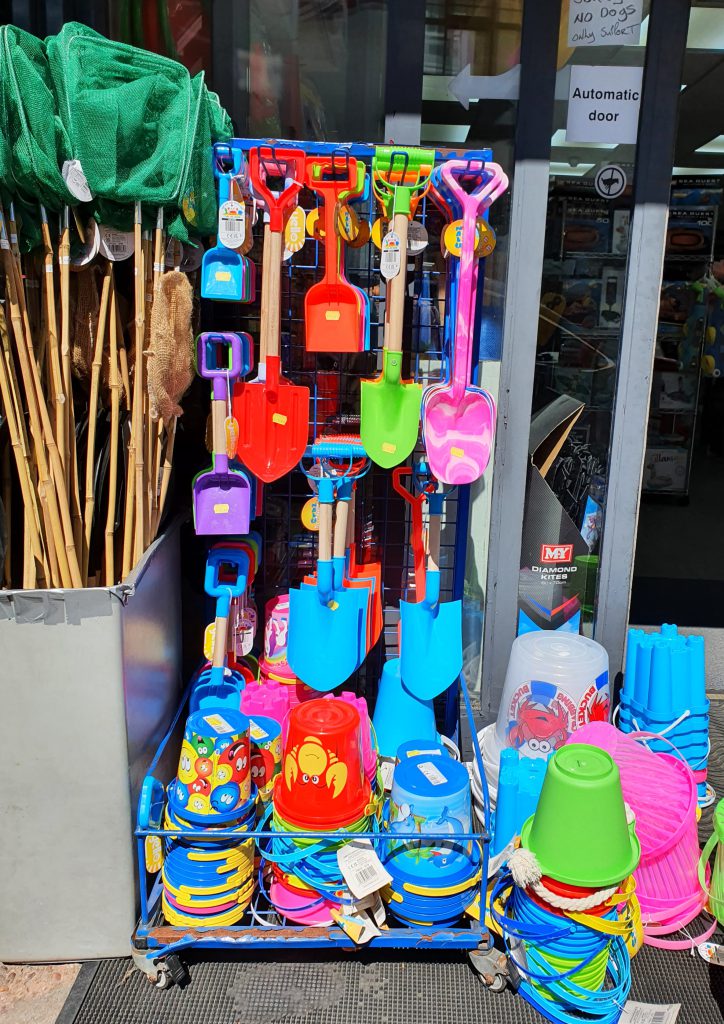 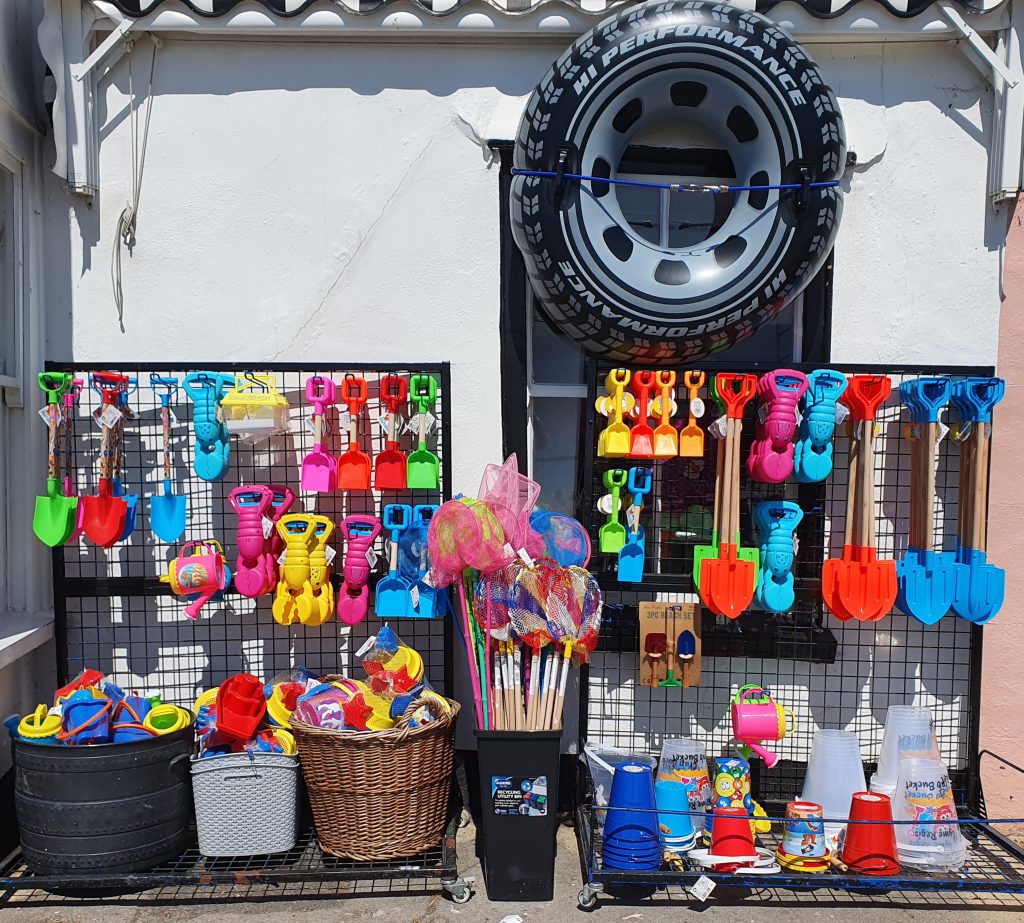 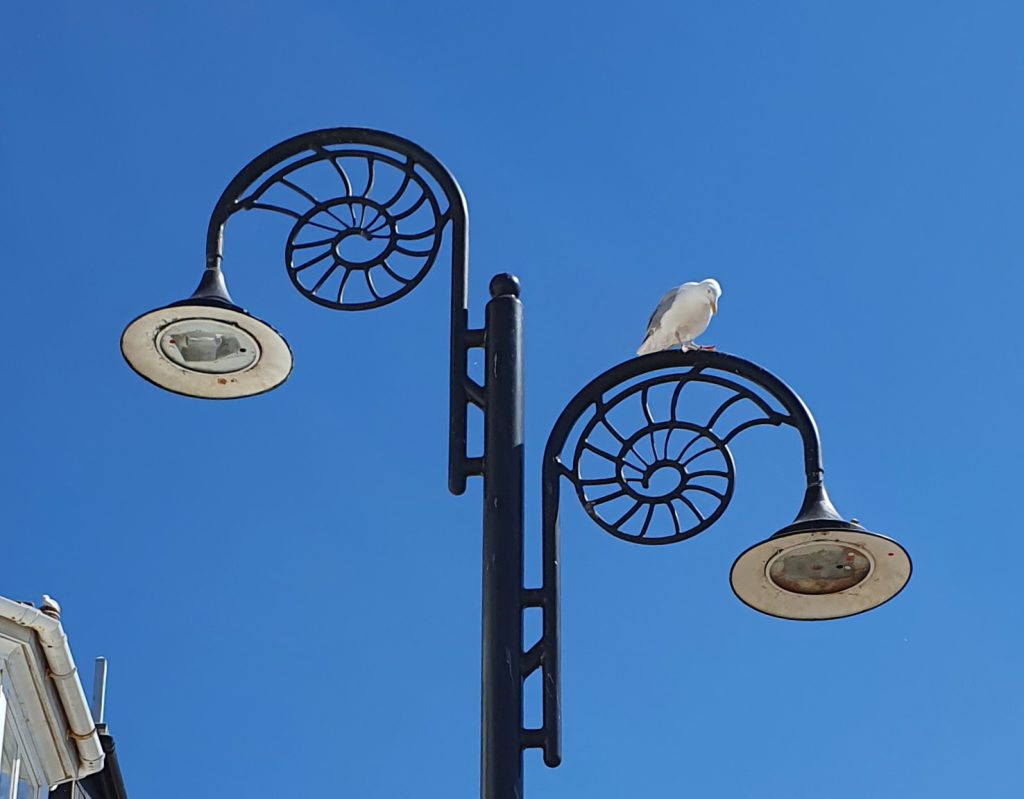 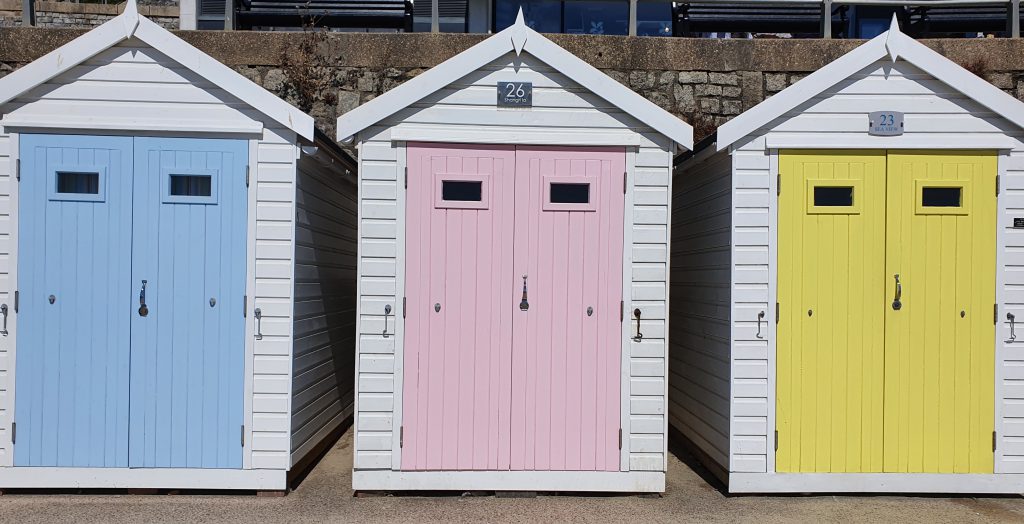 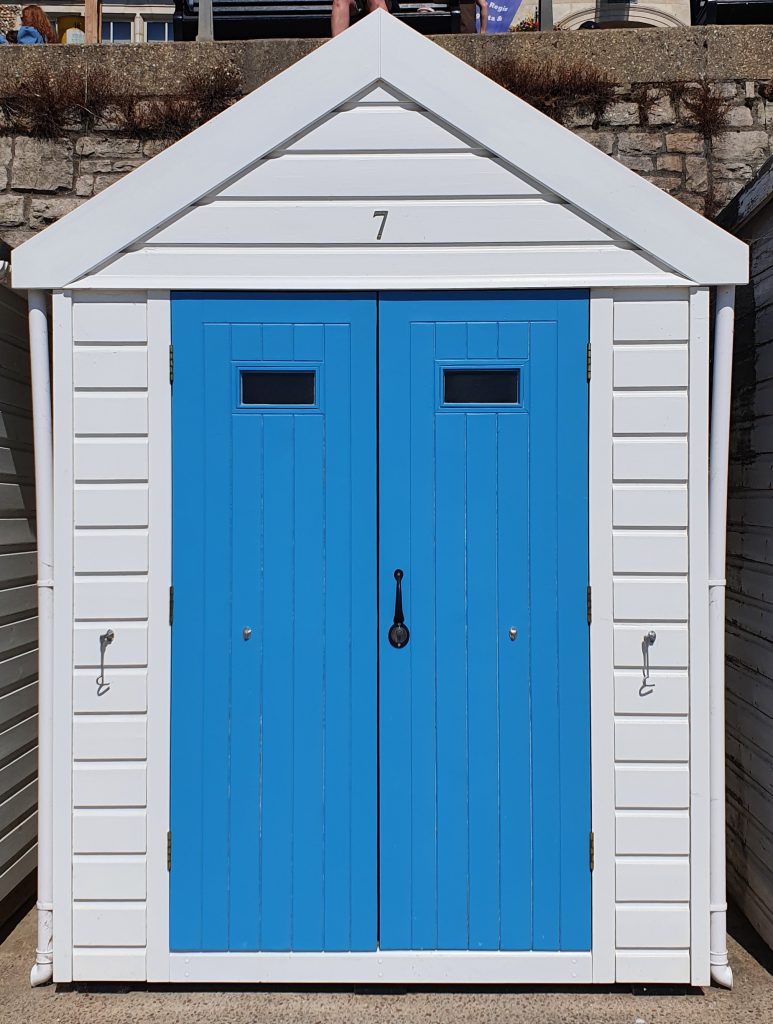 I love Sunday roast lunches and we usually have this at The Jack in the Green. Today we ate at The Tytherleigh Arms which is on the Devon/Dorset border. We ate in near silence as the roast lunch was so ample and so delicious. I knew I was on the mend from my recent brush with covid when I could even eat dessert: compressed pineapple, coconut sponge, Malibu and pineapple puree, black sesame ice cream. I now have an idea to serve my Pineapple Upside-down Cake as dessert if I add some coconut ice cream on the side.

After lunch we had a wander around Combe Garden Centre in Honiton. I have been thinking of growing hollyhocks next season, on account of the poem Hollyhock You by Do Jong-hwan, one of Korea’s most beloved poets. Then I remembered we had a beautiful pink tree hollyhock in the garden of my parents’ London house. This was uprooted when the garden was repaved several years ago. My mother loved this tree very much and I am going to plant another one for her. 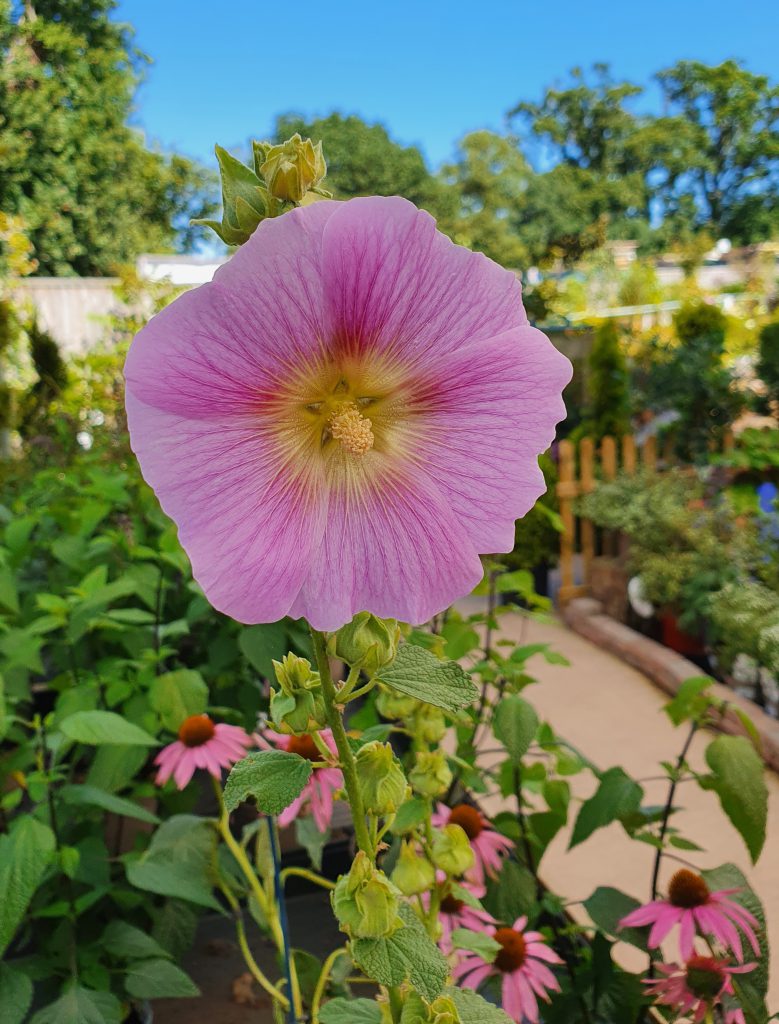 The Poem: Hollyhock You 접시꽃 당신 by Do Jong-Hwan

Today again I have lived one day.

the days left to us are short indeed.

Just as strands of hair, fallen without trace, pile up at the bedside each morning,

the life is slipping away from your body, rustling.

Seeds have still to wait for many days before they grow into fruit,

while those many fallow fields which you and I should plow remain as they were.

covering the ridges between the paddy fields, I rise.

While hesitating to calmly buy some great medicine for once

and setting up house shabbily in one corner,

you set about living, incapable of ever roughly killing an insect,

never putting on a bad expression.

is a mass of dark clouds advancing endlessly.

At first, as I thought of hollyhock-like you

I shuddered with an uncontrollable fever,

as if I was embracing a crumbling wall.

telling us that we must live without shame

as on the days when we lived our best life.

Casting off now without reserve

even the trivial ambitions, the honor and disgrace

that we could never cast away,

I must regret that the days have been shortened

when I could give my heart’s all to those more aching and sorrowful.

The days left are short indeed

is the way of resisting with all our might

in the midst of festering, rotting wounds.

Around us there are always many people

who are dying embracing even greater pain,

so I must remember that being obliged to collapse

with the despair and disease of a body is something heartbreaking.

As we see a face blossoming as a yellow flower, faded like varnished linoleum,

although this is something that can never be spoken aloud,

if there is one last healthy body anywhere

let us gladly give that as we go

to someone who has to squeeze into that in order to live.

I too long to live to the end of a life

that gladly sacrifices any part of its flesh as it goes.

Now one more twilit evening is fading into night,

but until that night is over and a new dawn comes

I hold your hand and remain beside you for ever.