I spent a very fruitful New Year’s morning doing a bit of thinking. 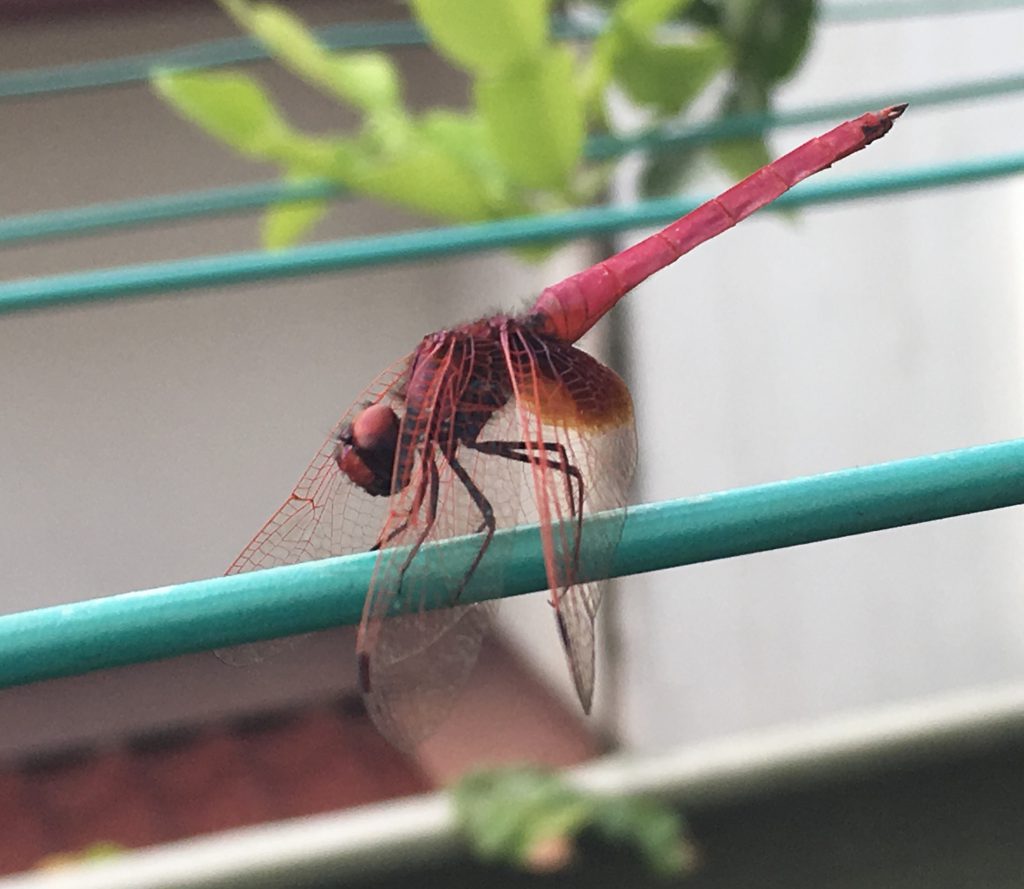 Thinking is good for us. At the start of a new year, thinking is definitely preferable to making resolutions. At least when you think, you have achieved something here and now whereas if you make a resolution, it usually ends in disappointment somewhere down the line.

The thinking I did this morning was ostensibly to keep myself entertained whilst meeting my old nemesis i.e. that ridiculous high-maintenance fish pond in the garden. It is worse today as I am working on my own.

On my way from London to Kuala Lumpur I started a book I had been meaning to read for some time. I bought it nearly eight years ago in anticipation that one day I will need it. Perhaps not for myself but certainly for my ageing parents. 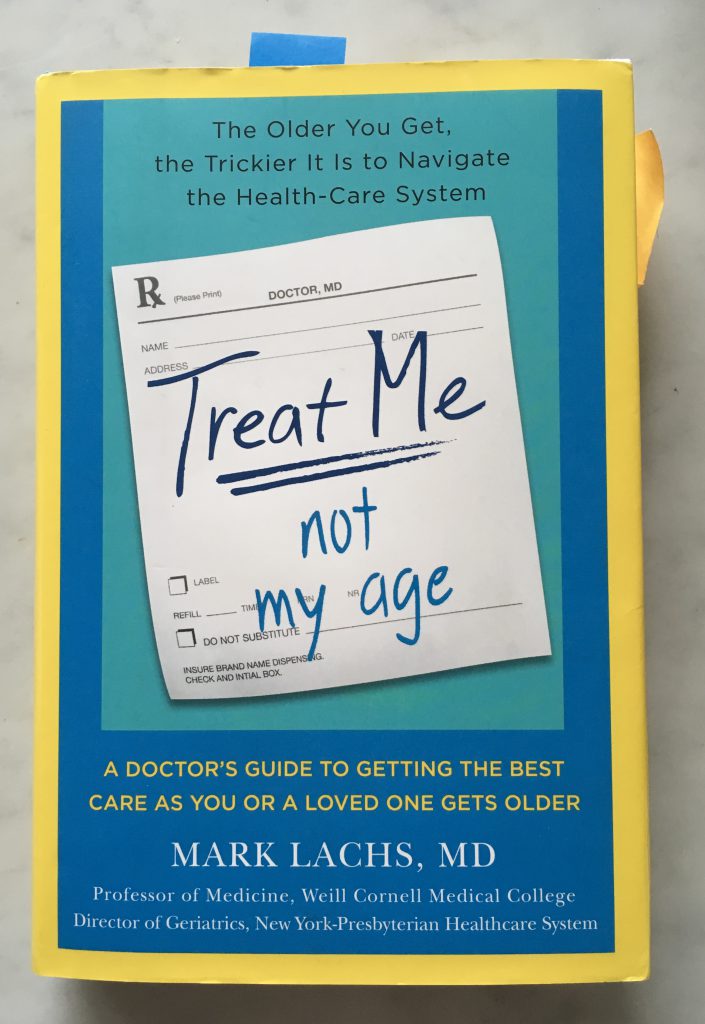 I have read six chapters so far and each topic has been a revelation. The author, Dr Mark Lachs, is definitely someone I would not mind sitting next to on a long-haul flight.

The advice that reminded me of this morning’s task is the one about accepting the fixed things that we cannot change but limiting the damage by recognising and changing the things we can change.

In Dr Lachs’ words: There are things that happen to some of us as we get older that we simply have no control over. The disabilities that may or may not result from these often random events are cards we are dealt and simply must play. We have no choice. But there is another source of disability – excess disability – over which you can have influence. Not every bad card we get is dealt by fate. These (other) cards, like those in a game of draw poker, are ones you can put back in the deck to try to get a better hand. The key is recognizing when you’ve been dealt a bad hand and having the gumption to do something about it.

How does this relate to the said pond?

Well, I have cleaned this pond a few times now and recognise that the thing I cannot change is the terrible way in which it was constructed. The outflow pipes, of which there are two, are of such narrow width that accumulated sand continually blocks it. Emptying the pond requires constant flushing of the pipes which is time consuming and demoralising. 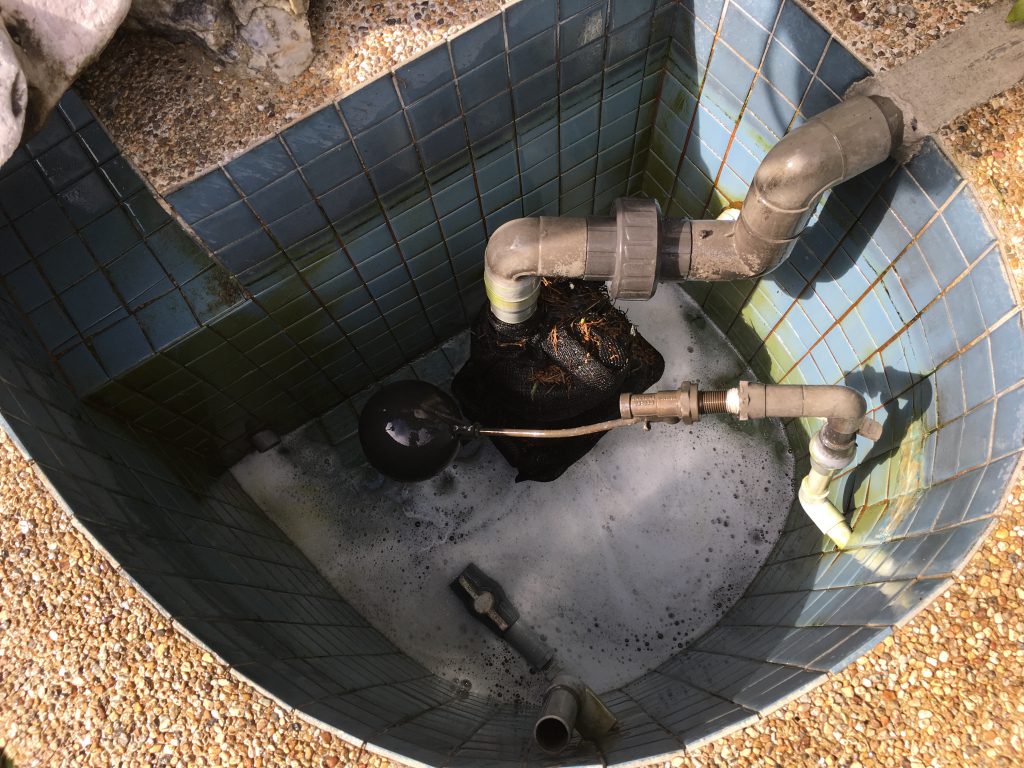 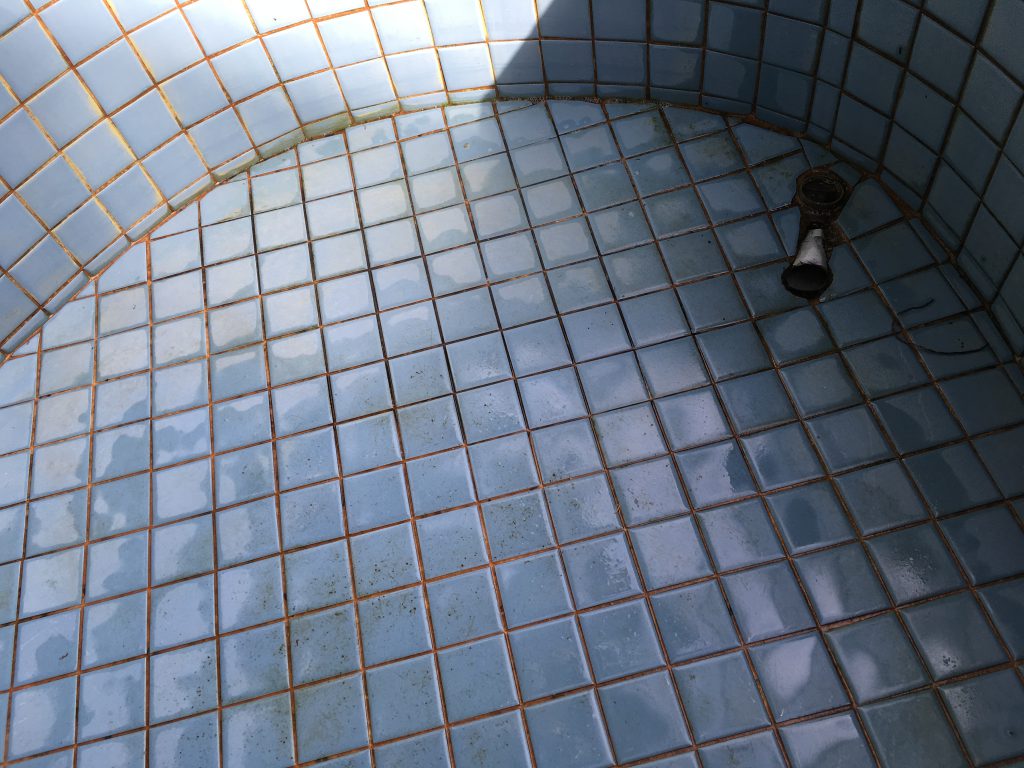 What I can change, though, are some things. I drained the pond fully before using a net to scrape and collect all the pine needles, leaves and just plain grunge. I decided not to lift the heavy stones and fountain mechanism out of the pond for separate washing. I did not scrub the decorative rocks behind the pond, which were probably designed to remind people of some ancient mountain in China with accompanying waterfalls. I simplified the cleaning tools and just used dishwashing liquid. 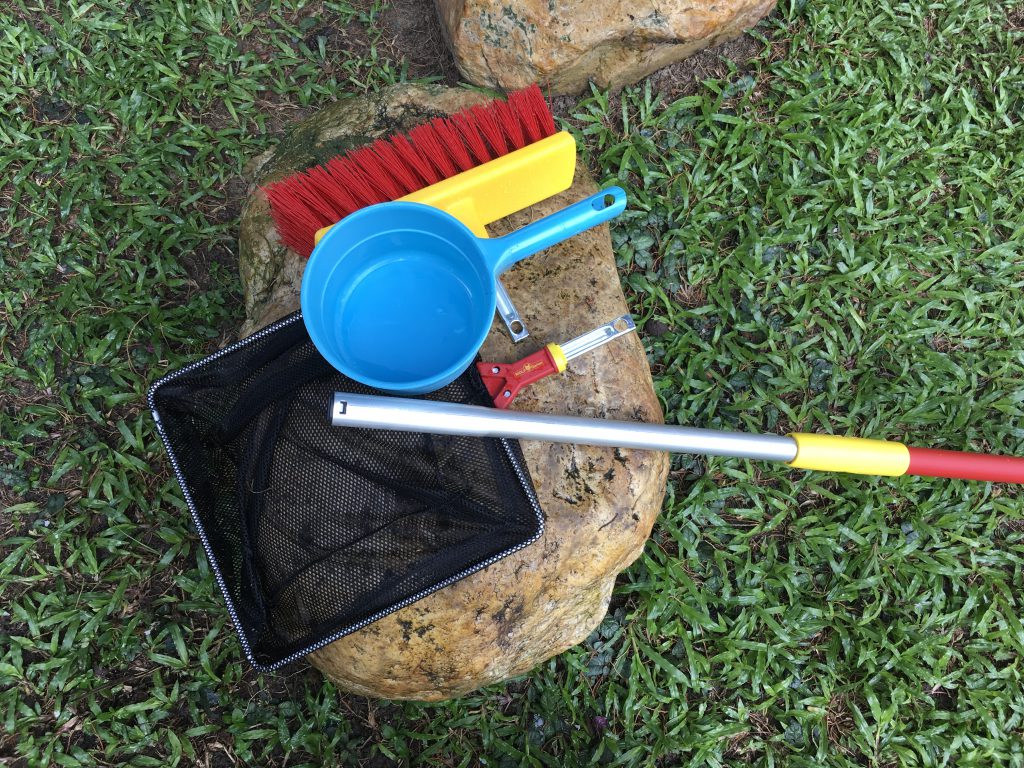 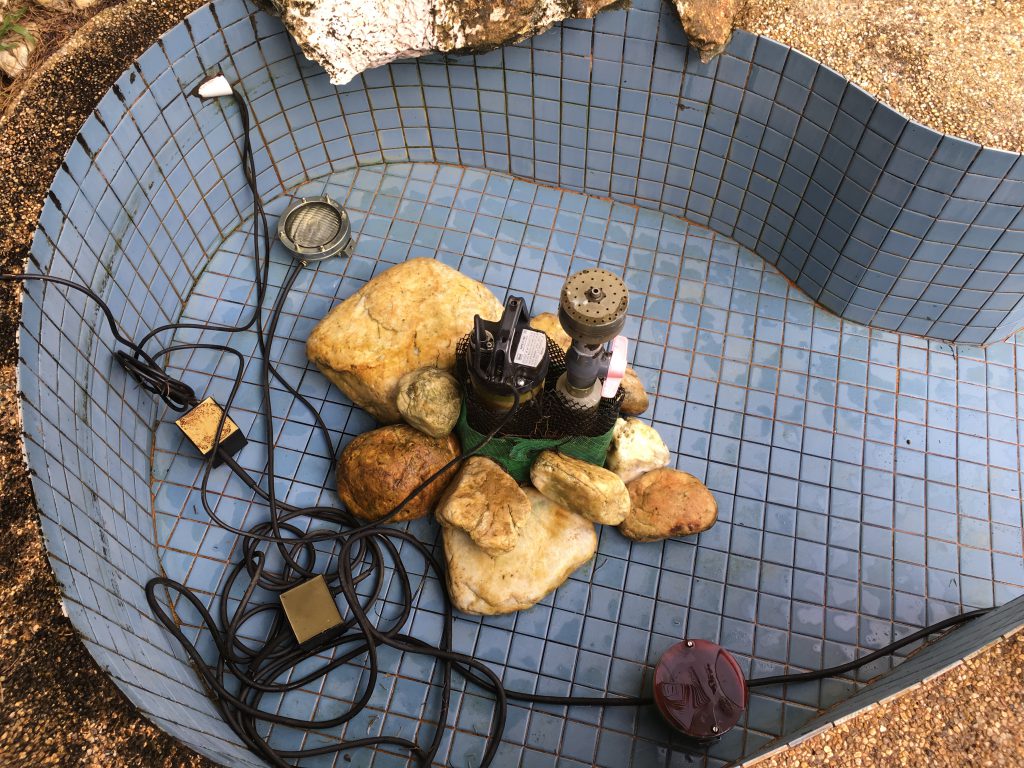 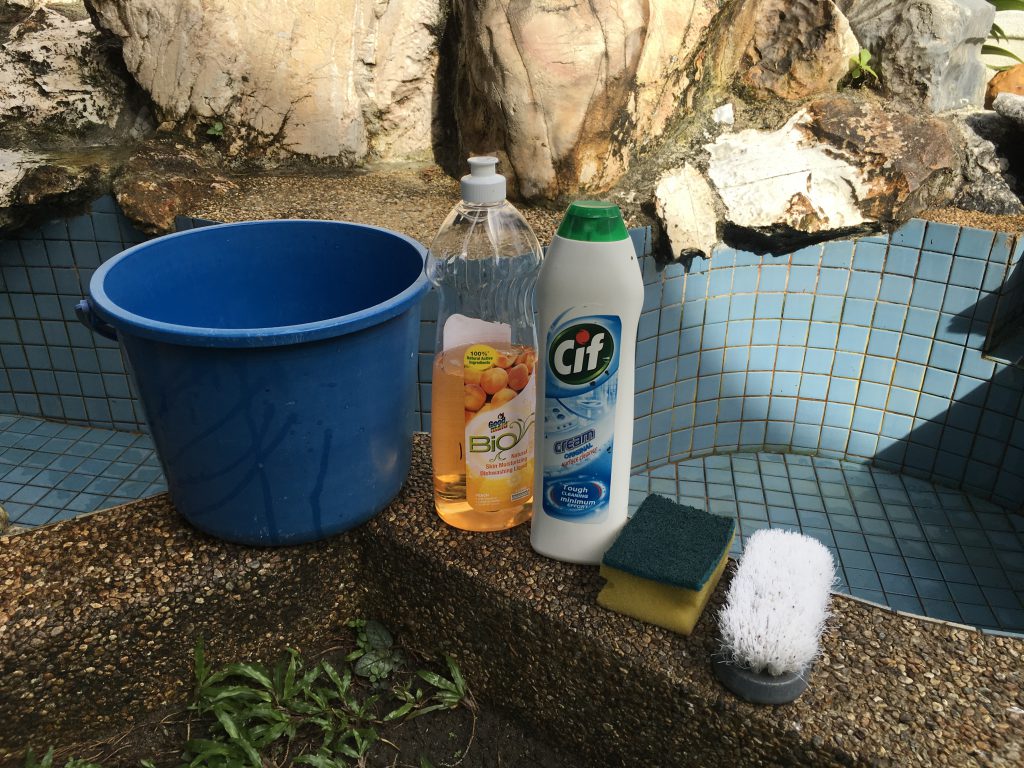 And so the pond is cleaned. Another thing I realised is that this is a job that is better done regularly but for reasons I have mentioned before, this pond is a folly and no one really wants to do the job.

In the afternoon my father asks whether the cleaning was difficult. The truth is that nothing is truly difficult if you set your mind to it, but in this case the construction was not ideal. In fact I said: it is stupidly constructed.

At which point he told me that the pond was constructed for feng shui reasons by someone who advised him from the temple. The man who constructed the fishpond later ran off with the money people had pledged to the temple.

This is heart of the problem money is your idol. There is a great book on this by Timothy Keller but that is for another day. For now, all I am thinking of is a cat nap but in this house, there is only one person who feels that this is a right, but this is ok as it is the cat itself. 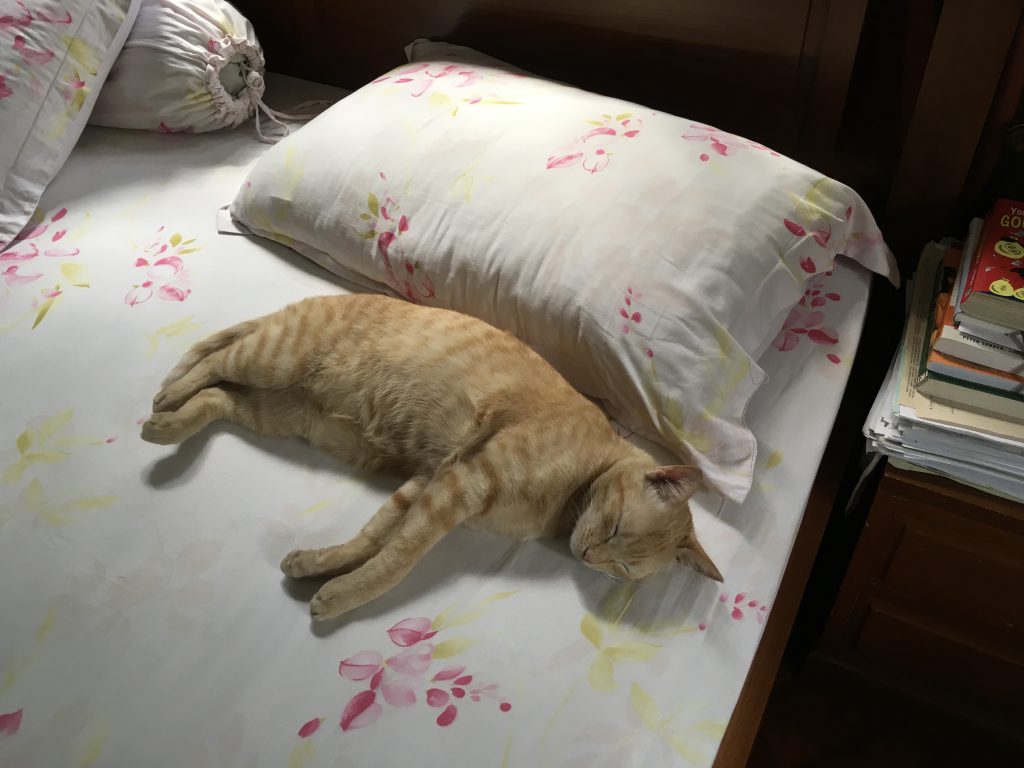