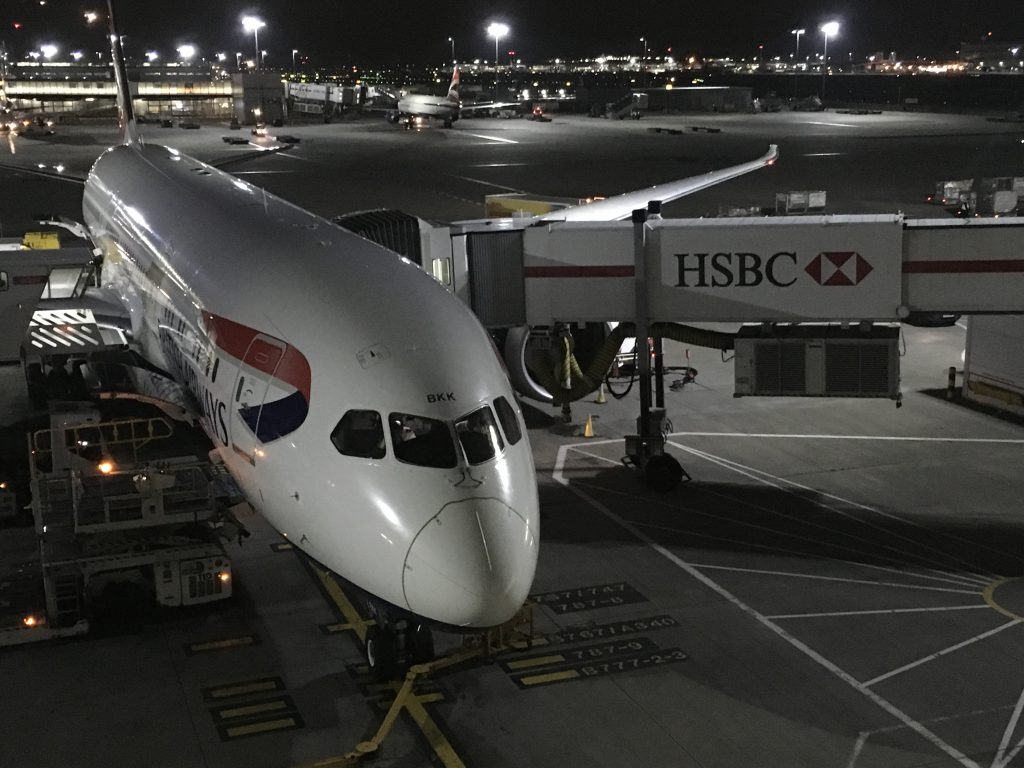 I am writing from Kuala Lumpur. It has been difficult trying to find the time to complete the two posts on Kew Gardens and Le Manoir before catching another flight out of London. I will therefore revert to this once I return from this trip.

What does success look like? I once listened to an inspirational talk by a rowing coach who said that their teams excel because success comes not by doing one thing better by 100%, but by doing 100 things better by 1%.

I keep this advice in mind because my first task here in KL after a night’s rest is to tackle the fishpond, if the rain stops. It has been pouring down non-stop and the forecast is more rain for the entire week.

The fishpond in our garden does not contain any fish. Maybe I should call it a rock pool instead. The first time I cleaned it, it was full of tadpoles, sand and pine needles. Despite its small size, it still took my maid and I four hours to drain, clean and scrub it properly. KL Sister chipped in with two hours so altogether it was a very time consuming exercise.

Time consuming and demoralising, because only my father likes the fishpond for his own superstitious reasons. To the rest of us, it is akin to a Sisyphean task because as soon as you have cleaned the pond, pine needles fall into it, slime and moss gather on the rocks and frogs start spawning.

The fishpond after my first cleaning attempt in August this year 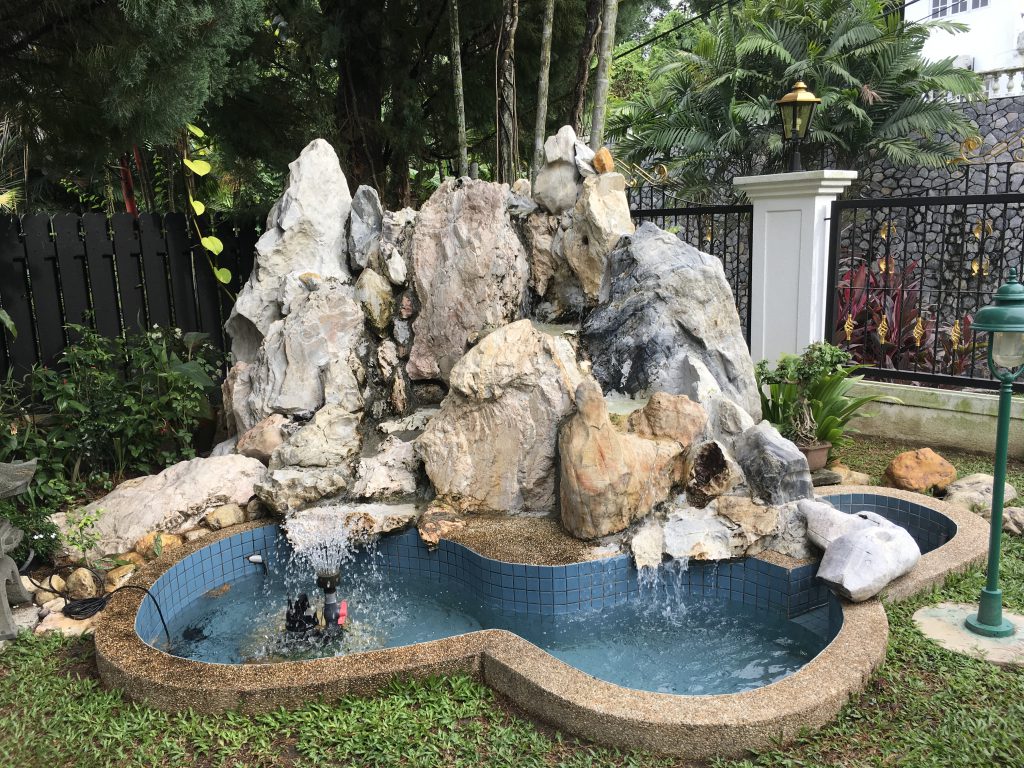 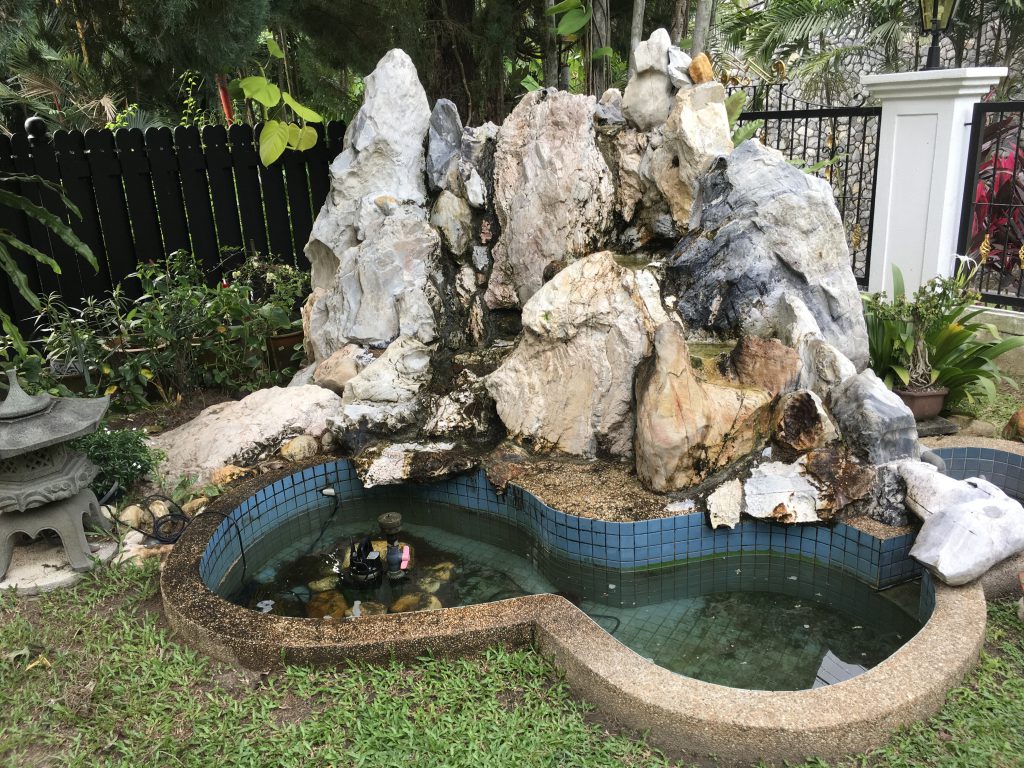 This time I have come prepared with some German tools which I hope will help with the cleaning. If I can cut the cleaning time by even one hour, that would be deemed a small success. 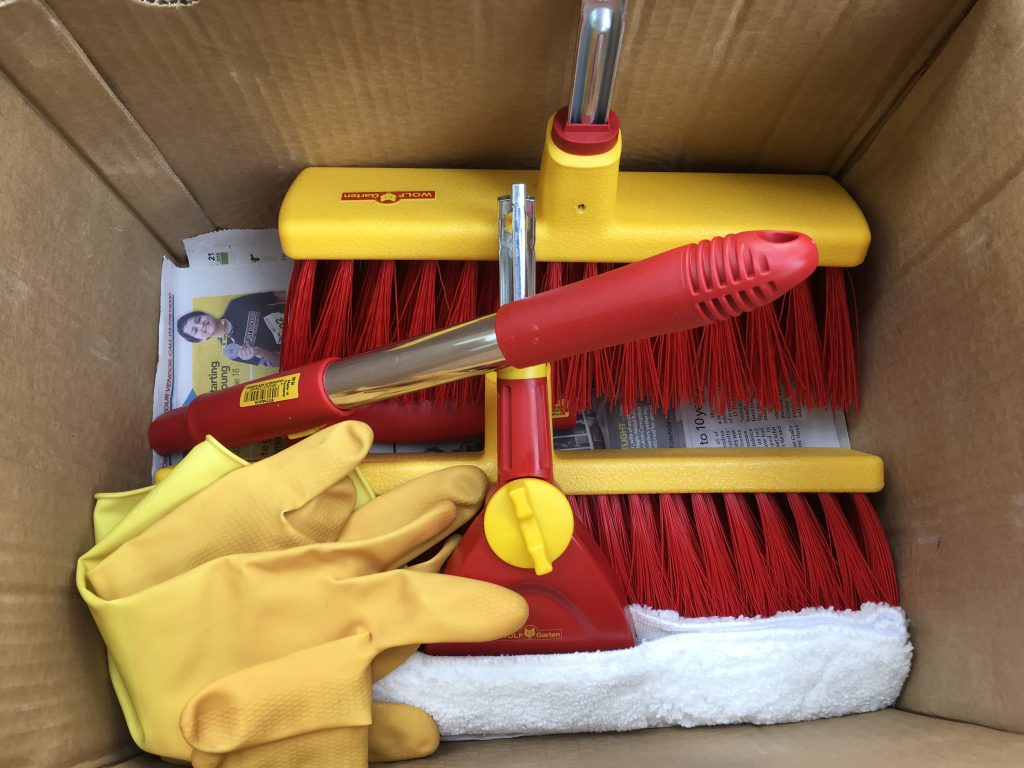 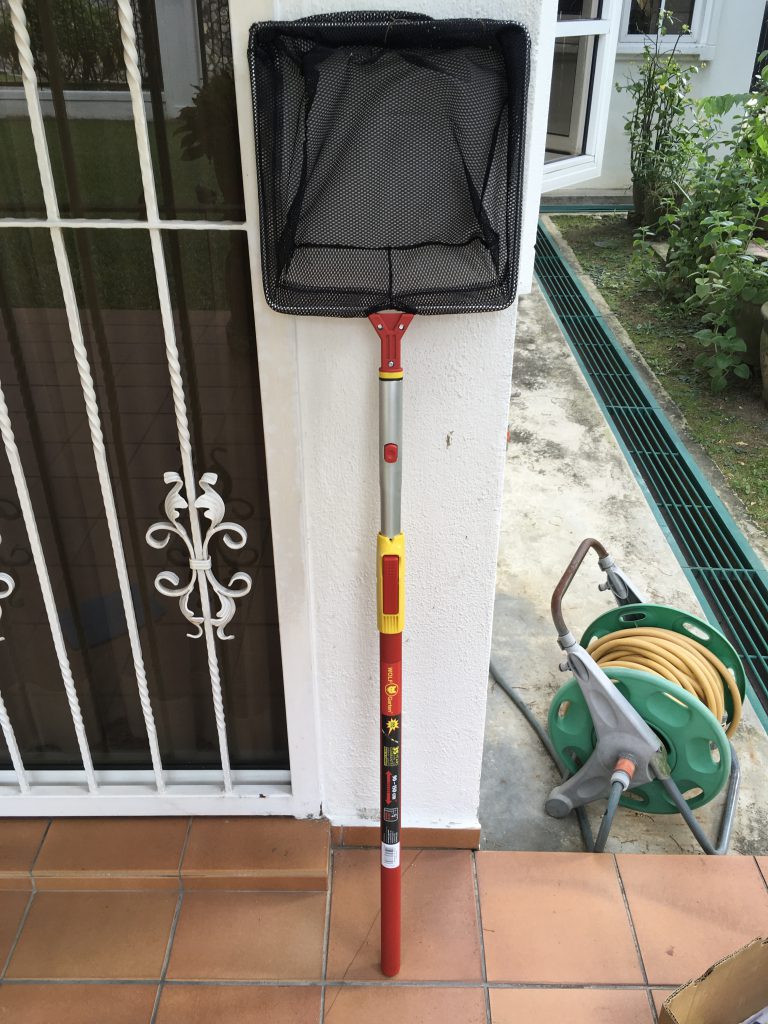 It was my thinking that if we could do some of the groundwork beforehand, like fishing out the pine needles and leaves and brushing the slime off, the whole exercise will be easier.

We hit a snag when, as before, the water from the pond would not drain beyond a certain level because the drainage pipes are simply too small in diameter and sand got lodged in it. Upon further inspection I realise that even the pipes leading from my kitchen sink are wider.

At times like these I become very irritated and say things like: what kind of idiot puts such small pipes to drain water from such a large pond? And: what kind of fool expects the pond to be constantly cleaned under such challenging circumstances?

So I turned to KL Sister and said we needed to get a pressure washer because we are simply not able to scrub for hours on end, with water not draining and sand getting stuck in the pipes. It is simply not sustainable.

One thing about KL Sister is that she is always game when it comes to machines helping out. She swears by the Roomba and loves Dyson. So a Karcher is on our shopping list.

I have entitled this post Gone Fishing because of the fish net I brought back and also because everything these days reminds me of Eugene Choi and Lady Ae-shin (from the drama Mr Sunshine). Fans of the drama know I am referring to the scene where going fishing in a small boat was a pretext to hold each others’ hands. Fish do not come along often so there is always ample time to while away.

There are small fishes, there are big fishes and then there are whales. As soon as I stepped into the house my dad gave me this book. I gather that it makes compulsory and compulsive reading. 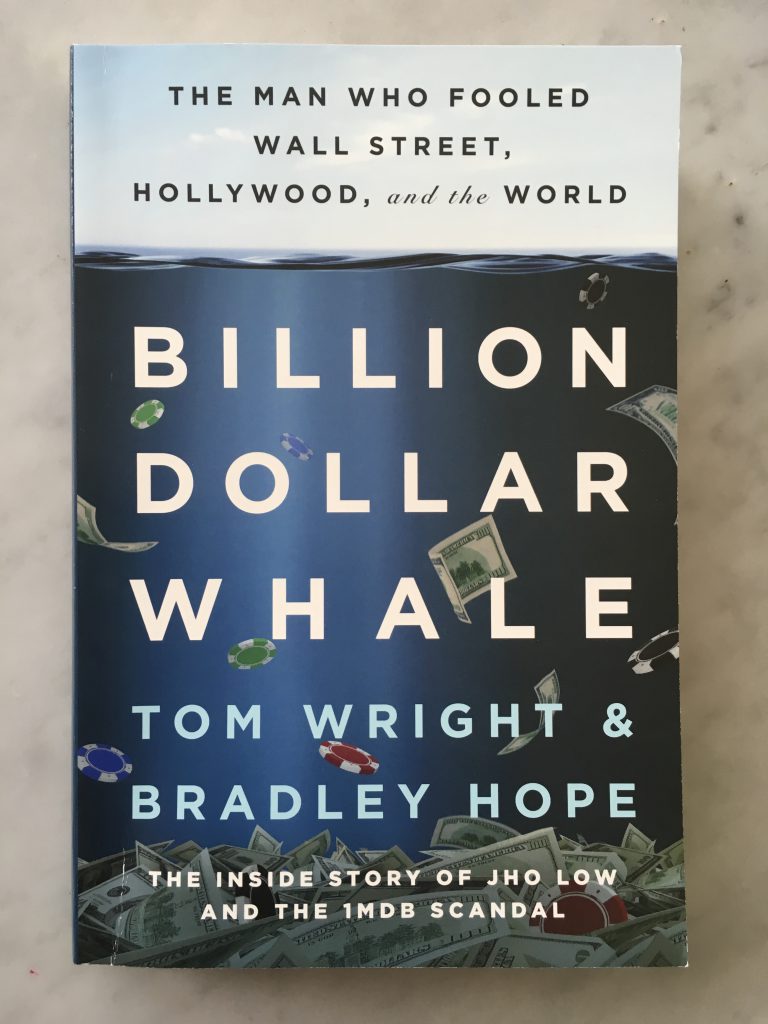 Besides washing the fish pond I have been helping around the house and running errands. It amazes me the things that require attention. There are fun rewards such as shaved ice (ais kacang) at Kwong Wah and a barbeque dinner one night. We made some very nice chicken burgers, and I will post the recipe soon.