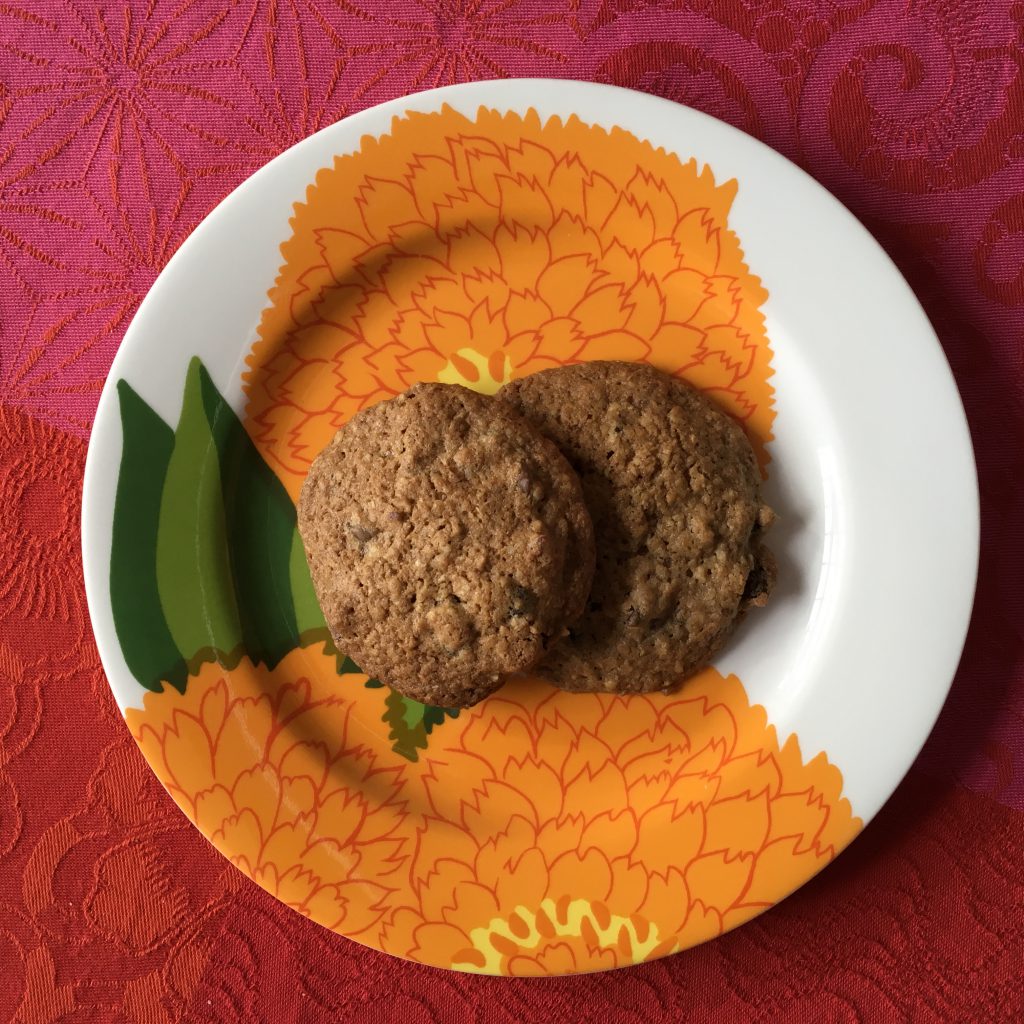 I am baking a batch of cookies in the oven and trying not to cry. Last night we watched the final episode of Mr Sunshine and after it ended I wondered when I last cried whilst watching anything. Mr Gochugaru clearly remembers when he last cried, which was whilst watching Lee Byung Hun in A Single Rider. Actor Lee is also one of the heroes in Mr Sunshine. When I look at these pictures the tears threaten to flow again. 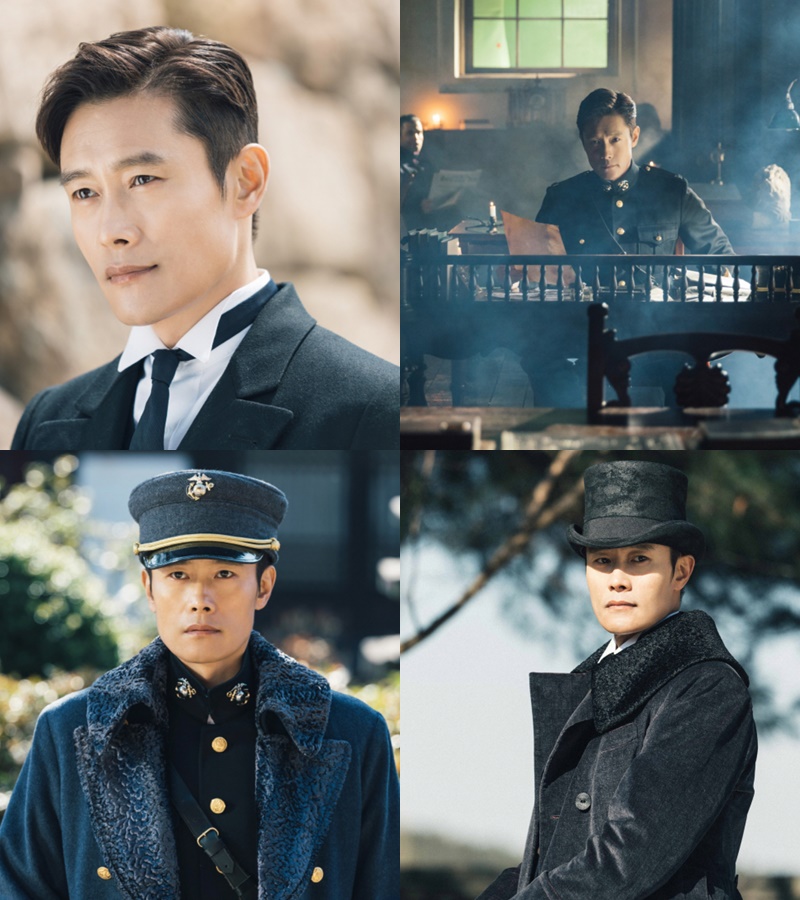 Throughout the drama there were many, many things I commented on to myself: the tyranny of the Japanese army, the treachery of the Korean conspirators, the weakening leadership of King Gojong, the inequality of a hierarchical system in society and the struggles of Christian missionaries inspired to take the word of God out to the world.

At the end what really moved me, and this is the thing that always moves me in any such dramas or films, is the sacrifice that people make when they have to protect someone they love. This is why Secret Garden tops my list of dramas and also why I did not have nightmares after watching the zombie film Train to Busan (twice).

Giving up your life so another person can live really is the greatest love of all.

Once I was asked what my favourite verse from the Bible was and I said it was John 3:16: For God so loved the world that he gave his one and only Son, that whoever believes in him shall not perish but have eternal life. I should add verse 17: For God did not send his Son into the world to condemn the world, but to save the world through him.

I then thought it was such a cliché but then recently I was reminded of the simplicity of this verse and why it captured my heart nearly 40 years ago.

The reason I became a Christian was that I knew then, and I still know, that no one would ever want to die in my place. To then have a God who deliberately set out to do just that, purposefully and intentionally in order to bridge the gap between man and God, was nothing short of an ultimate sacrifice.

On the one hand, coming to faith in Jesus Christ really is very difficult. How can you get your head round the fact that God decided to become human, live an earthly life, take on our wrongdoings and die in our place so we could wipe our slate clean? On the other hand, when you watch the final episode of Mr Sunshine, you can absolutely see that it really is that simple, when a person decides on a path that leads to death in order for another person to live.

What may not be simple, after you have watched the whole drama (especially if you are Korean) is forgiveness after such a tumultuous history. It is not simple and intuitively you will not want to forgive, but here is a captivating sermon from a Korean-American pastor on why we need to do so.

Since there is no sweet ending in this drama I have decided to make a cookie that is sweet in order to brighten my day. There are so many good things in this cookie that I could not fit it all into the name. I started out with oat and raisin cookies, but it also has pecan nuts and chocolate chips, so in the end rather than have a mouthful of a name I am simply calling it Mr Sunshine Cookies. 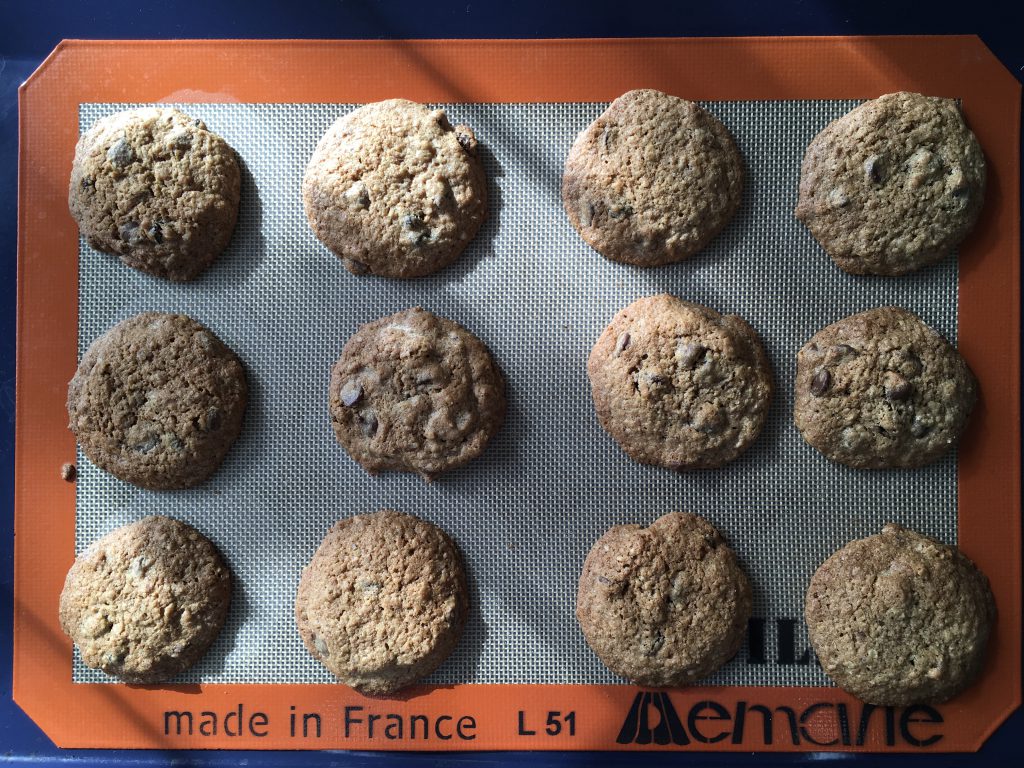 Sift the flour, baking powder, bicarbonate of soda and salt onto a large plate or bowl. Tip in the wholemeal bits, add the oats and set aside.

Cream the butter, sugars and vanilla extract in large mixing bowl until the mixture is lighter in texture and colour.

Crack the egg into a bowl, beat lightly then gently stir into the butter and sugar mixture.

Gradually add in the flour and oats and continue to beat until everything is incorporated.

Add in the chocolate chips, nuts and raisins. Give the mixture a final stir to distribute everything evenly.

Using a small ice cream scoop, with the volume of 20 ml, divide the dough onto the ungreased baking sheets.

Place the trays in the oven and bake for 15 minutes. The cookies should look light brown and feel just slightly firm in the middle when ready.

Leave the cookies on the baking sheets until sufficiently cool enough to be transferred onto wire racks to finish cooling. 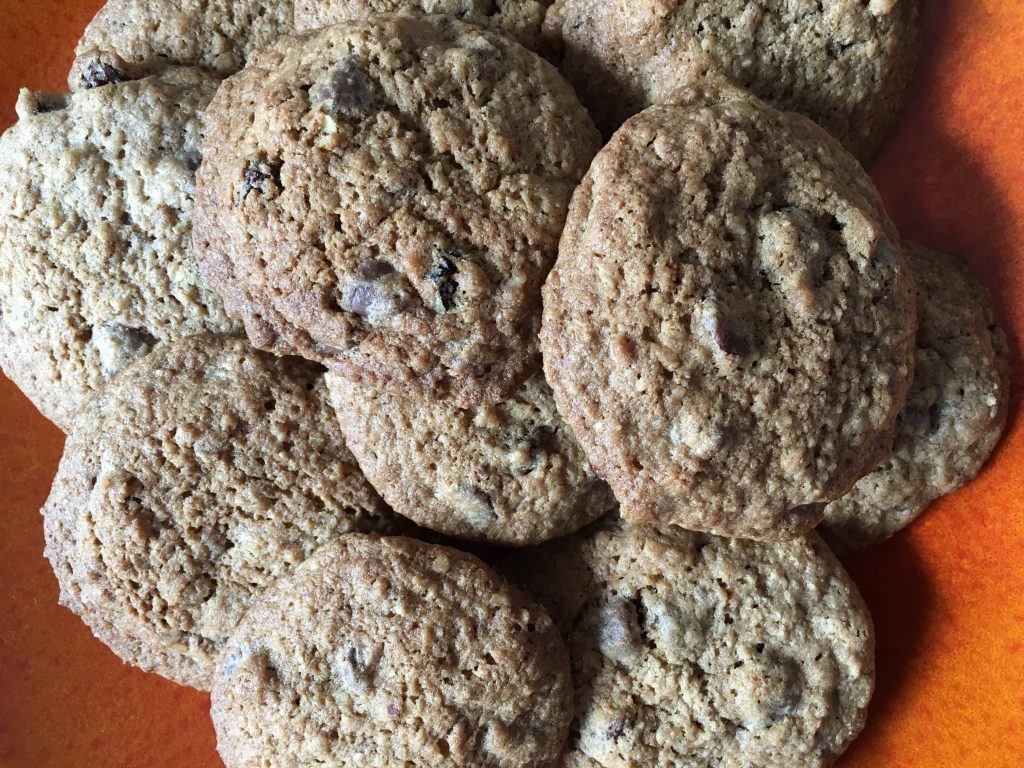 Using a small ice cream scoop, with the volume of 20 ml, divide the dough onto the ungreased baking sheets.

Place the trays in the oven and bake for 15 minutes. The cookies should look light brown and feel just slightly firm in the middle when ready.

Leave the cookies on the baking sheets until sufficiently cool enough to be transferred onto wire racks to finish cooling. 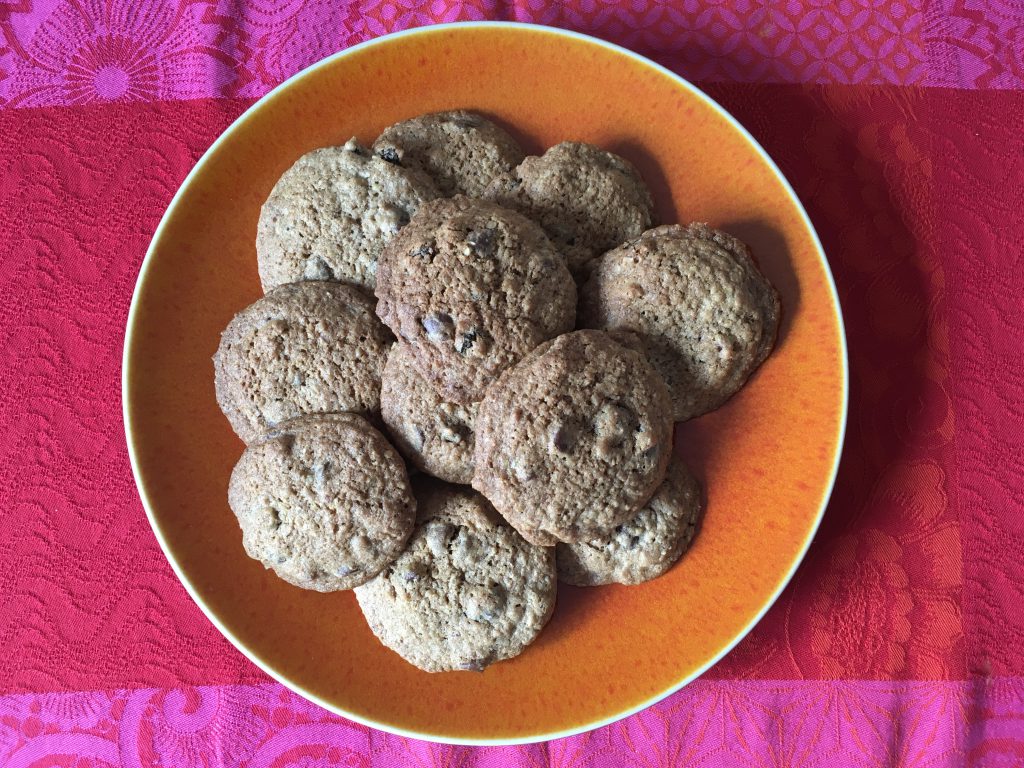 There are two more posts to write up on our stay-in-London week (on Kew Gardens and Raymond Blanc’s Le Manoir) but I did think I should get this recipe in before I lost the slip of paper it was written on. The cookies are going to be shared with our Korean-language class on Saturday. Coincidentally the topic of study is Korean drama and Korean Films. I think we will have a lot to talk about. 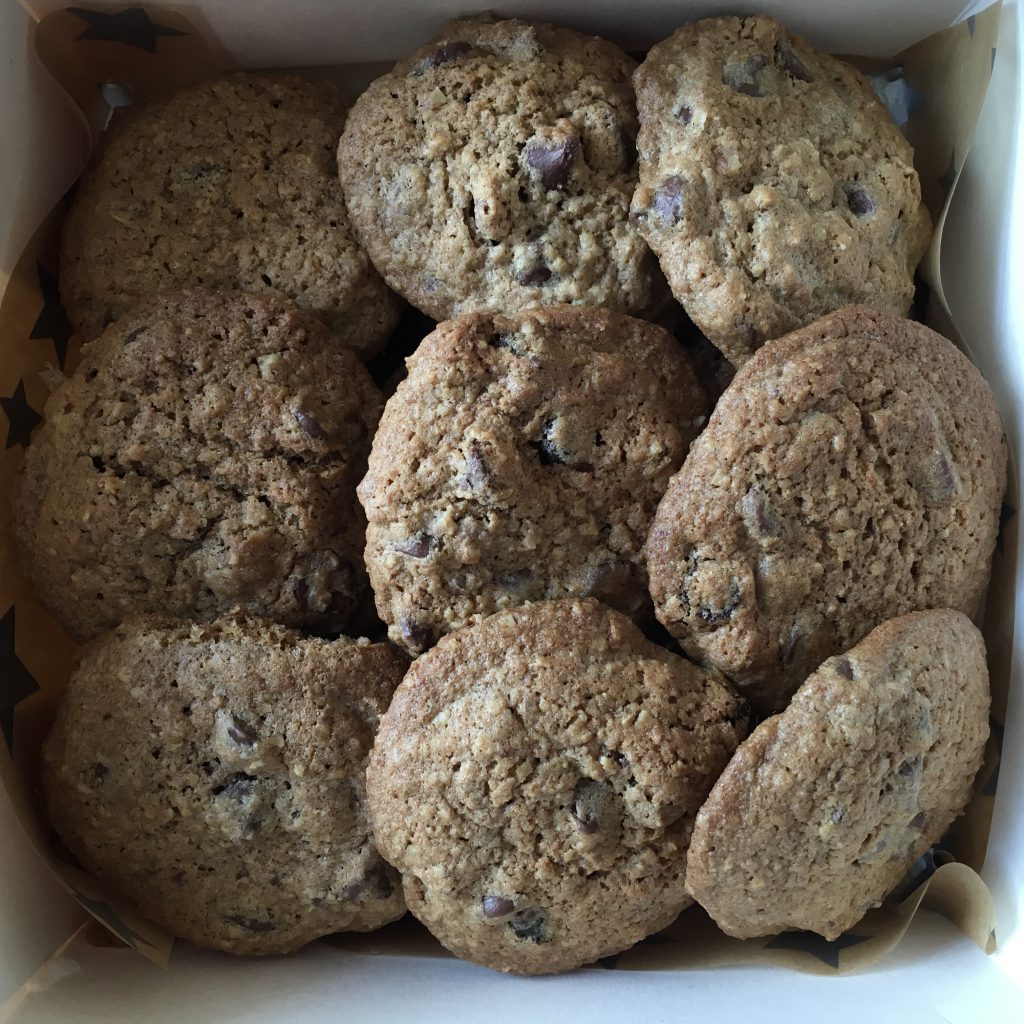