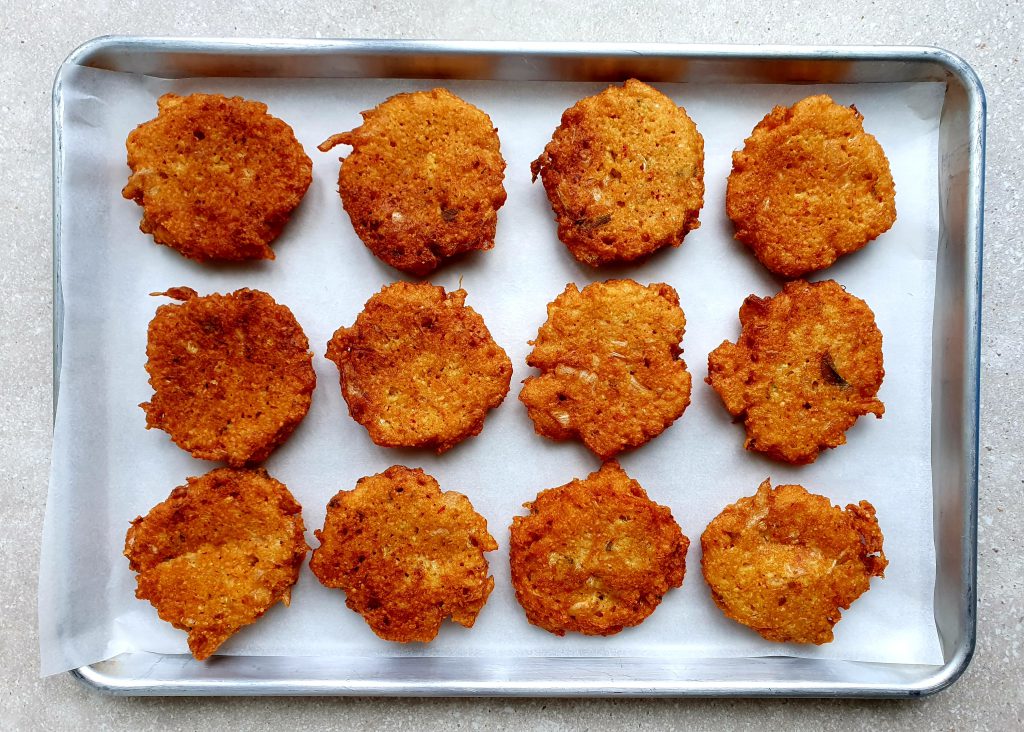 During previous trips to Seoul I spent a not inconsiderable time looking at the vendors Gwangjang Market making these 빈대떡 bindaetteok mung bean pancakes. What fascinated me was that the soaked and de-husked beans were put into a funnel which fed into two stone rollers. The beans were effectively ‘stone-ground’ as opposed to being ground in an electric blender. Ground meat and fresh bean sprouts are part of the pancake mix. Then there is Jongno Bindaetteok, with its giant pancakes designed for sharing, but if I think too much about Seoul I might feel a little sad about not being able to travel due to current restrictions.

We have made our version of these pancakes at home and it always flies off the plate. So much so that, like the Sesame Prawn On Toast, I have to serve half a portion first, let our guest eat some other good things, then bring out the other half portion.

It is the Chinese New Year and all round the world Chinese families are gathering together for family meals. It is a working day here in London and we have decided to gather next weekend as an extended family – with 18 of us. I will probably make some deep-fried wantons for the party, but if time is short these mung bean pancakes are very easy to make. An added bonus is that they can be made a day ahead and then reheated in a low oven. An added, added bonus is that if you use vegan kimchi this dish will delight members of your family who are vegan. The triple bonus is that I make it using the Thermomix, which helped me overcome the psychological barrier of not having a stone grinder. Happy New Year and may it be a year of bonuses for you. 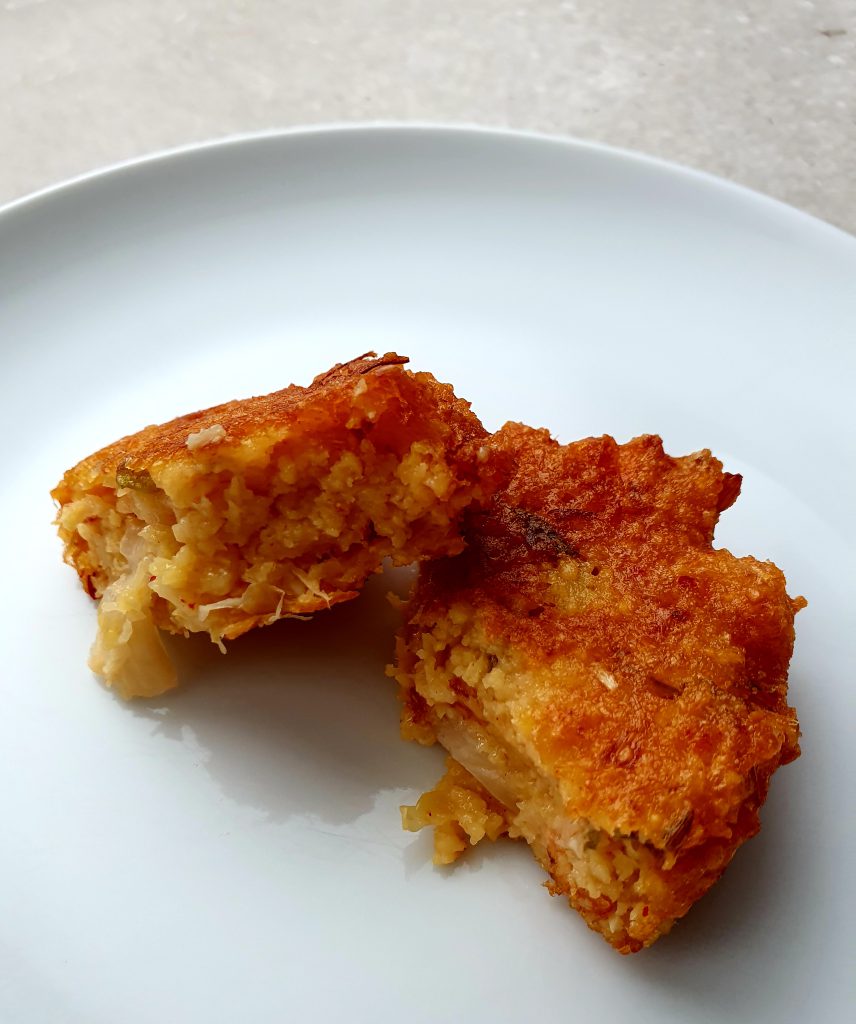 I used my Thermomix but you can use a food processor just as easily with similar results.

Drain the soaked mung beans and leave aside.

Place the garlic and ginger in the TM bowl and chop 3 seconds/ speed 5.

Heat a large pan and add a good amount of oil. Drop large spoonfuls of the pancake batter (I used a large ice cream scoop) into the oil and fry on both sides until brown and crispy. The interior of the pancake remains moist and yielding – it is this contrast that makes the eating of it so attractive.

So many people have asked for this recipe that step-by-step instructions follow.

Mung beans: these are hulled, meaning that their skins have been removed. The first time I found them was in a mini-mart in Hong Kong, so now I look out for them in the Chinese supermarkets here in London. The packaging usually indicates that it is used in Indian cooking so you might need to look for them in the ‘foreign foods’ section. The beans are yellow in colour and are elongated, not round like e.g. yellow split peas. Soak the beans overnight in plenty of water, then drain before using. 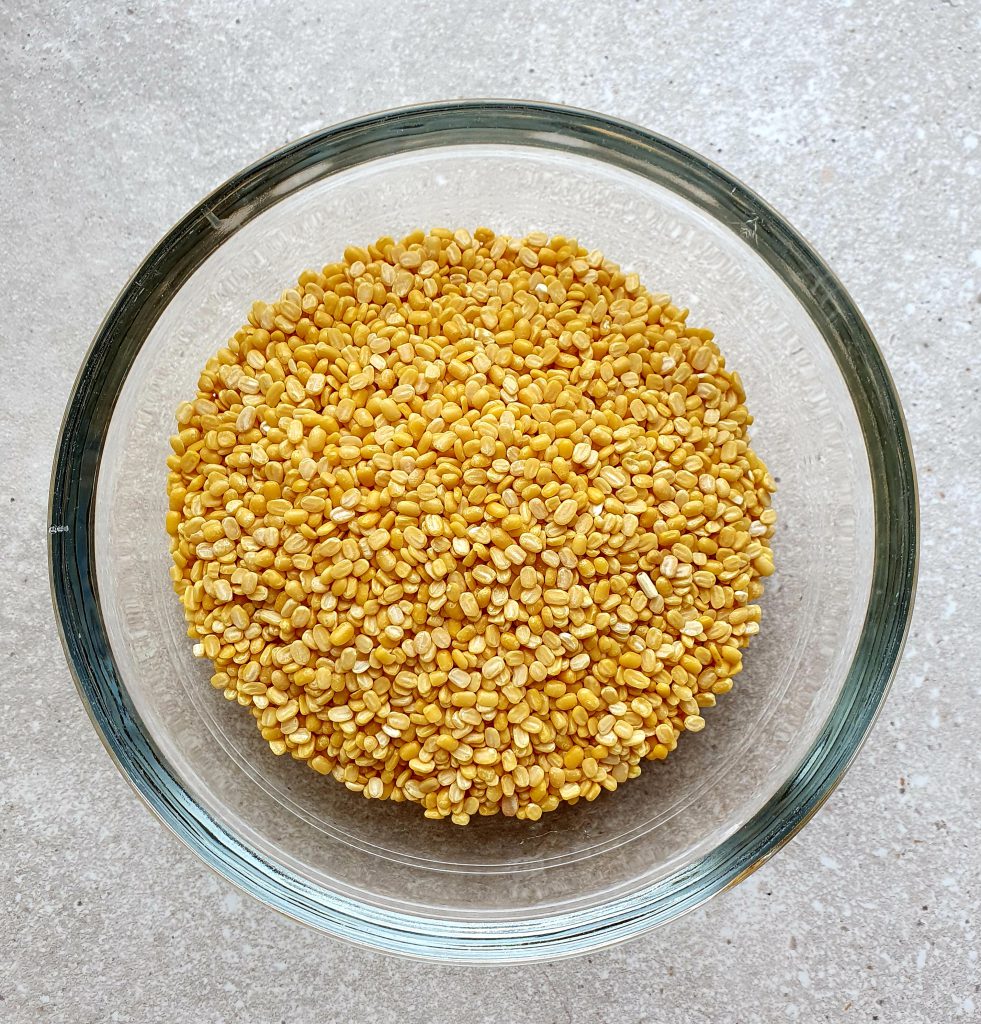 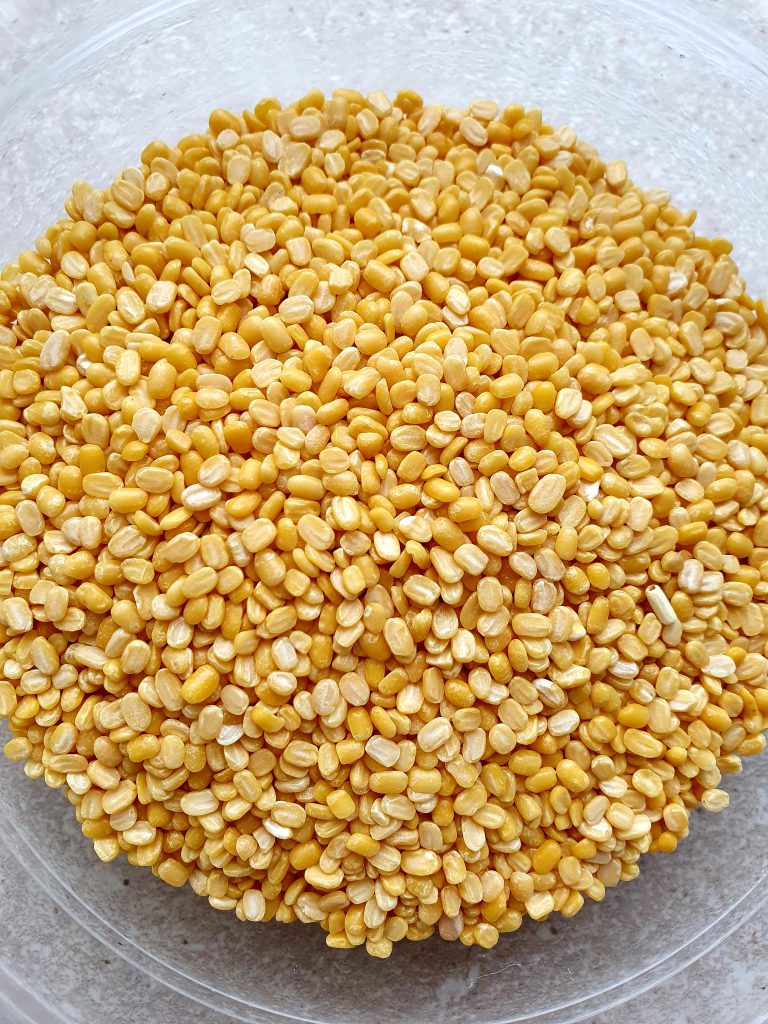 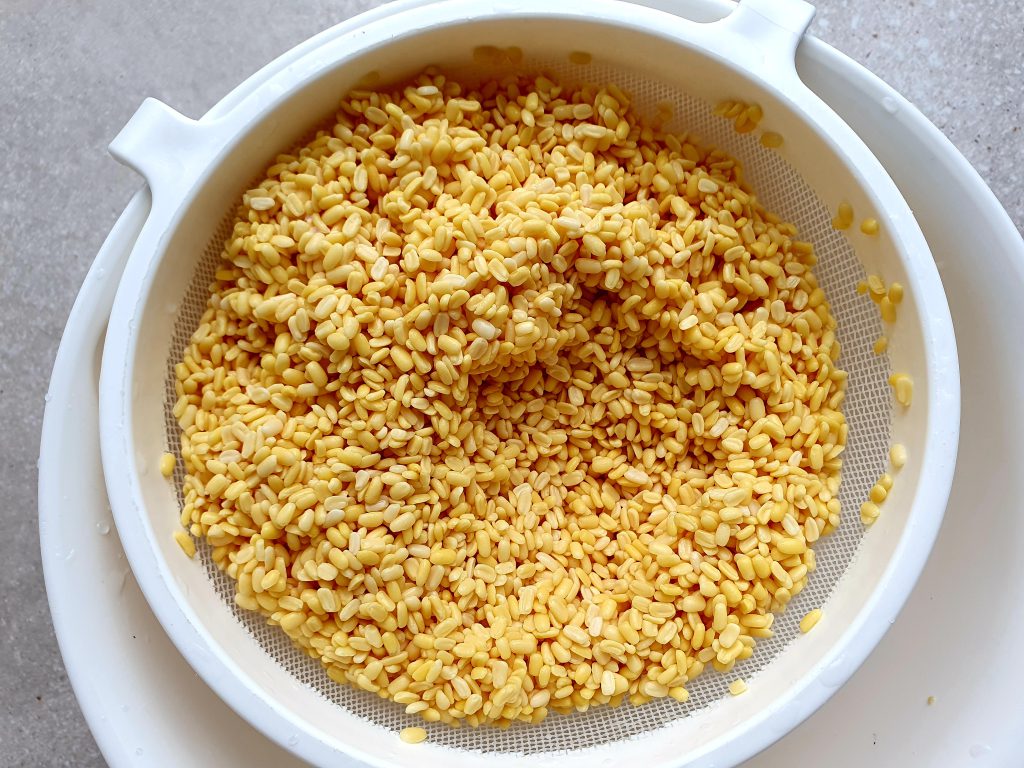 Kimchi: my favourite kimchi is made by CJ Foods under their Bibigo brand, but supplies even here in London are shaky. This time I bought Jongga kimchi and also a vegan one from  Vadasz  (pictured in the bowl). Pulmuone is a Korean brand that also make a vegan kimchi. 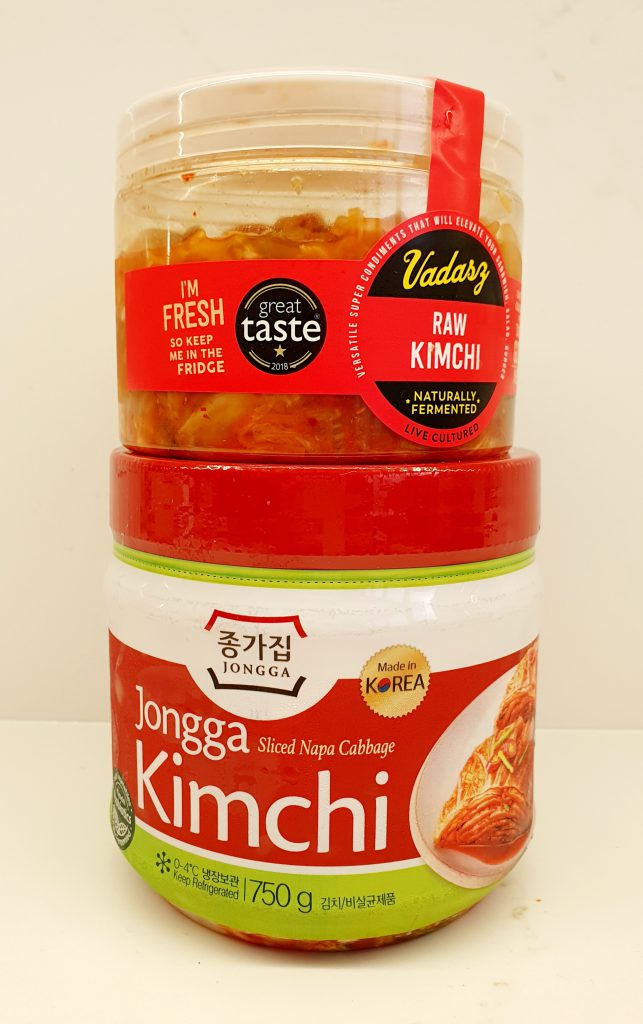 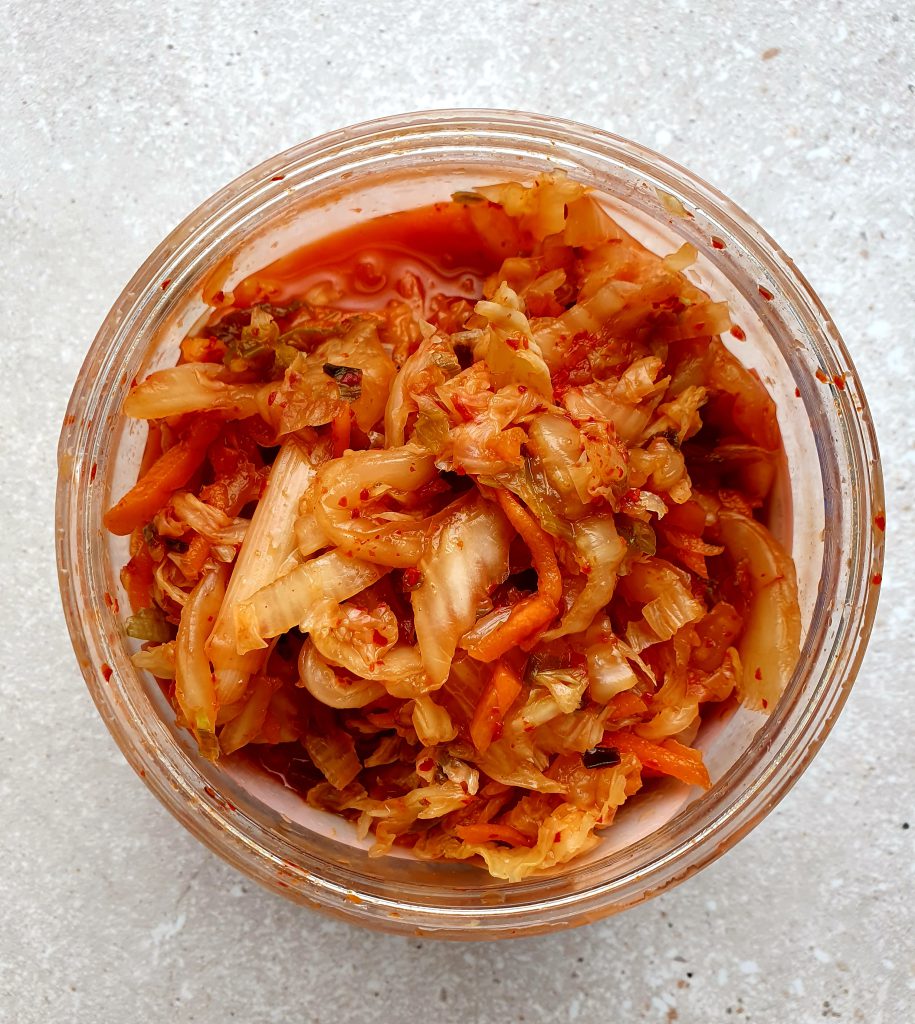 The other additions are garlic, ginger, spring onion and glutinous rice flour. For home-made flour, grind 60 g glutinous rice in the Thermomix for 30 seconds / speed 10. Use half now and keep the other half for another pancake session. 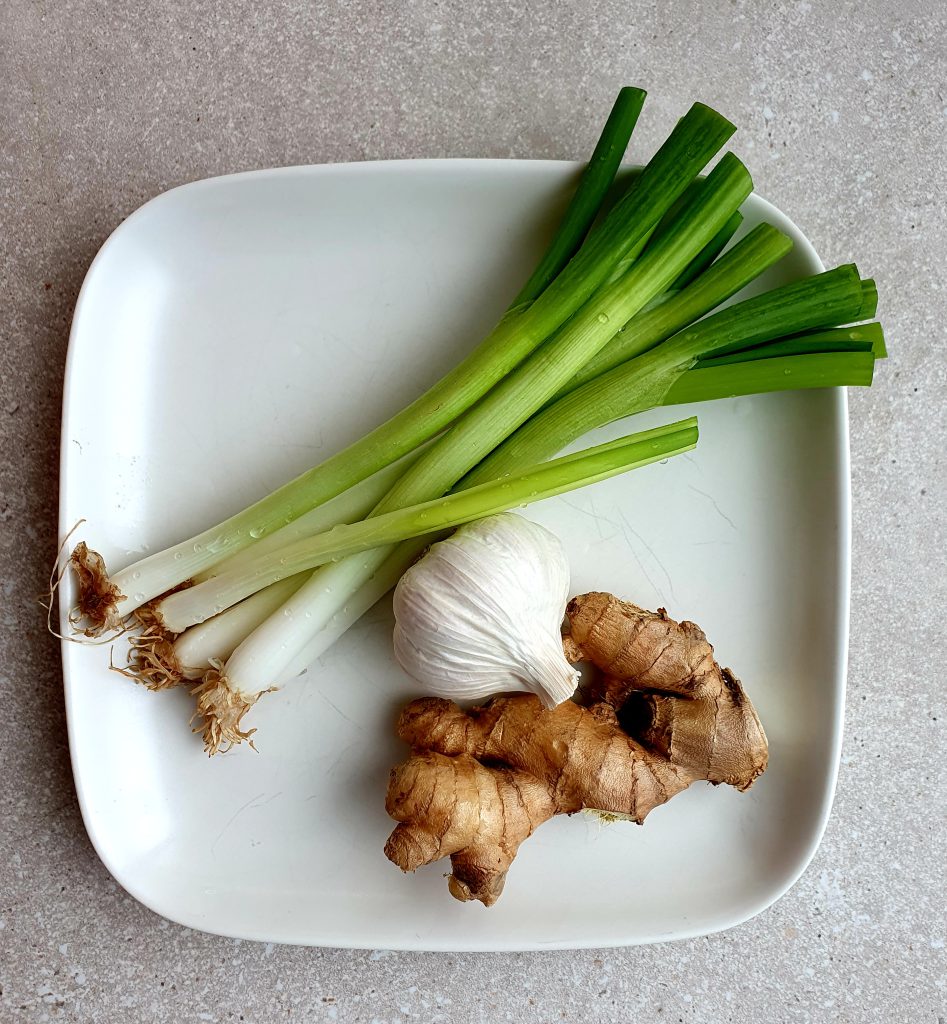 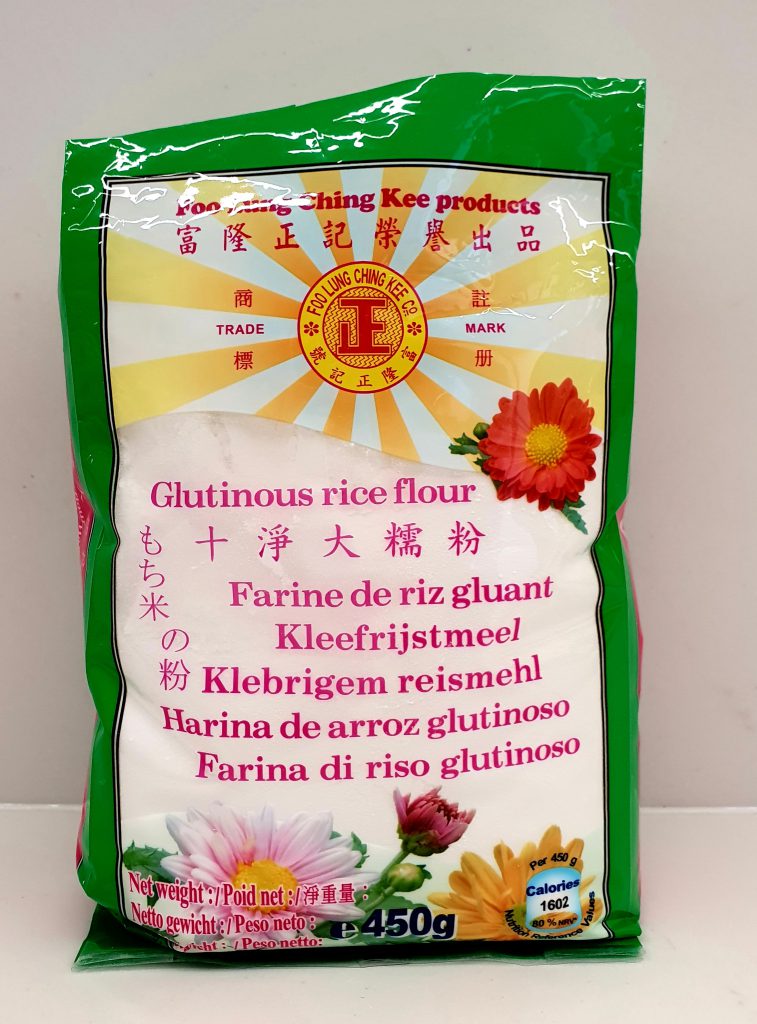 The ground mung beans before and after adding the kimchi 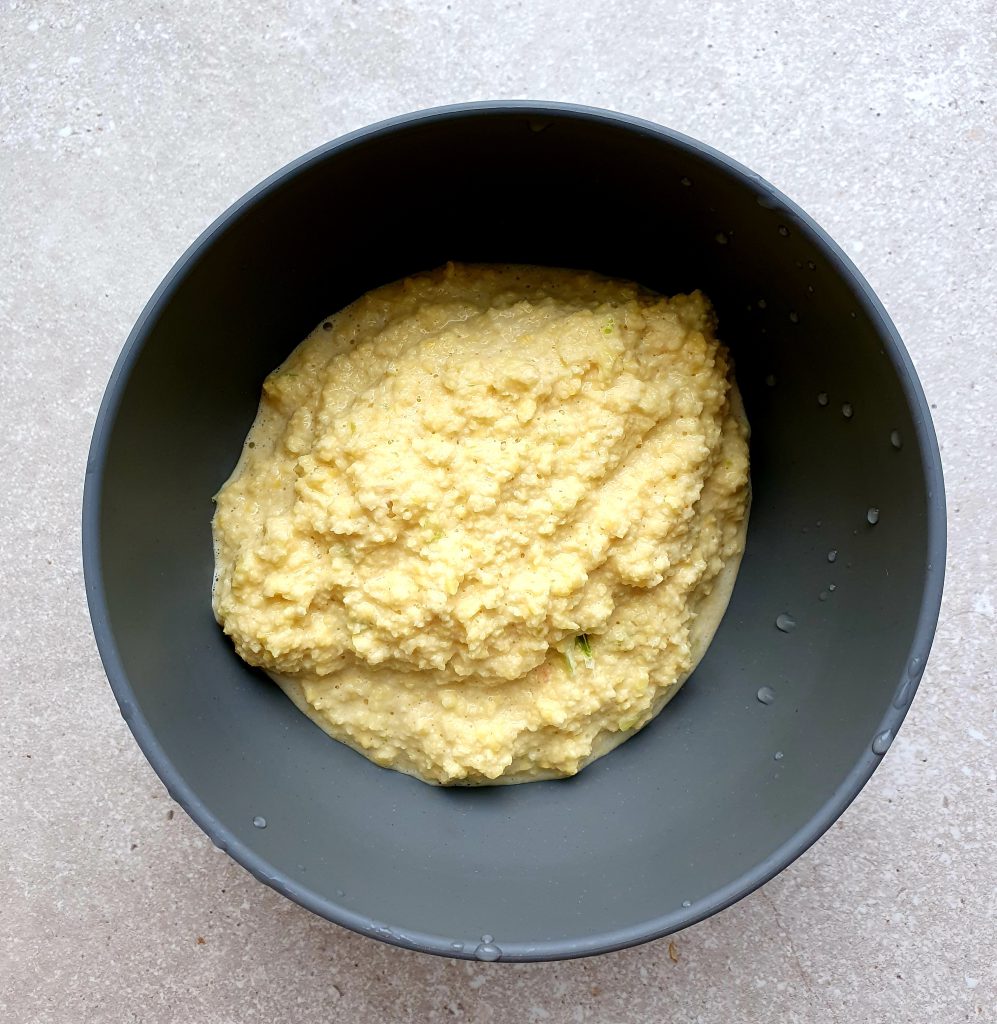 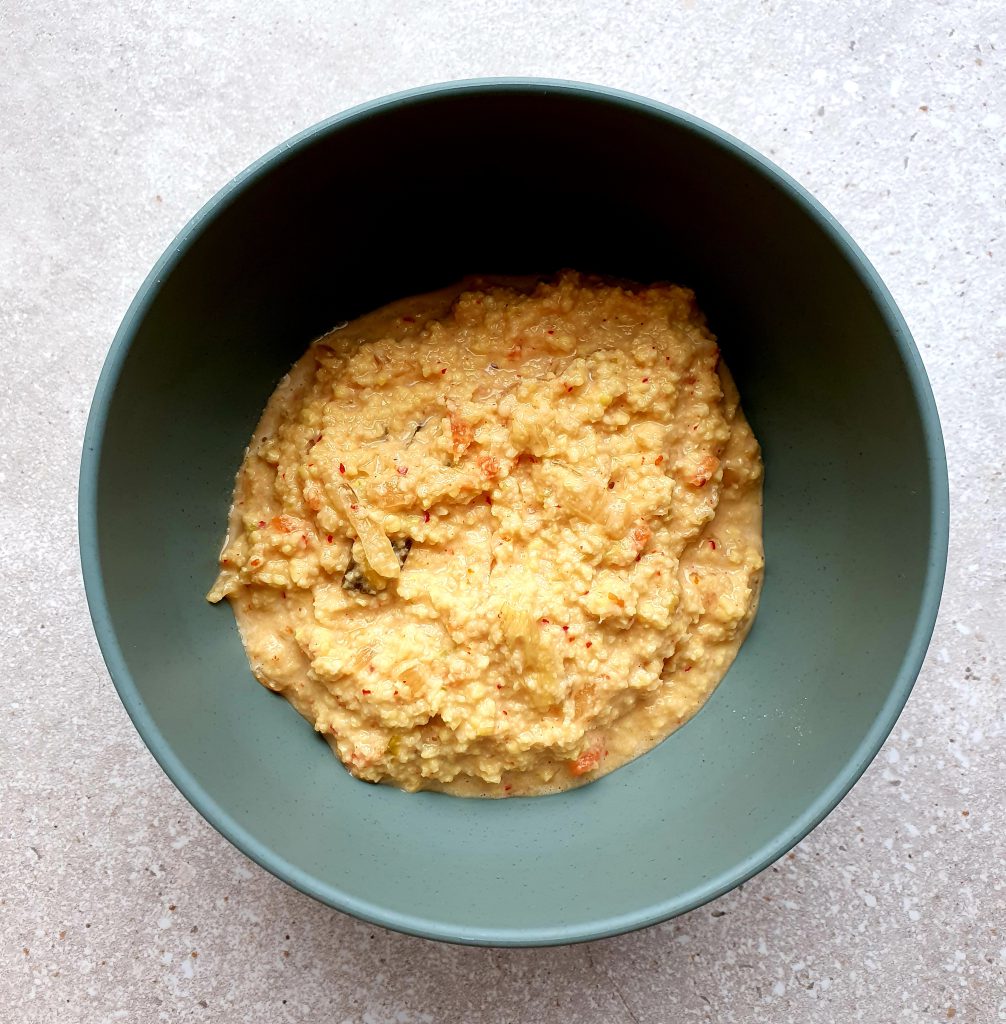 Drain the fried Bindaetteok on some kitchen towel, then place on a lined baking tray for reheating later

In the end, the pancakes went so quickly I only managed to get one photo on the plate

Finally, a confession: I own over a dozen Korean cookbooks, not counting Korean baking cookbooks. The recipe for bindaetteok feature in seven of the books and each writer has their own take and own story on their bindaetteok. After going through all the recipes here is my vegan version, which I am dedicating to Somerset Boy.