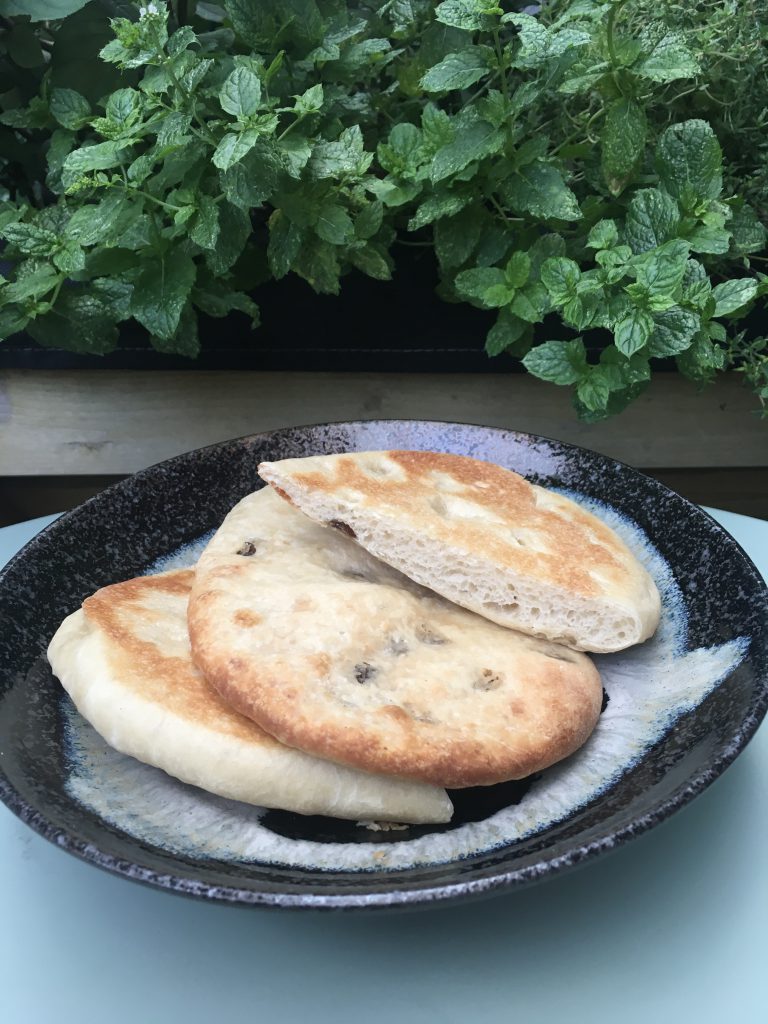 My favourite Indian cookbook is Madhur Jaffrey’s Indian Cookery because this is where I learnt the basics of Indian cooking more than 30 years ago. It was also my one and only Indian cookery book until I bought a Thermomix which came with their Taste of India recipes. During the lockdown I bought the Dishoom cookery book. 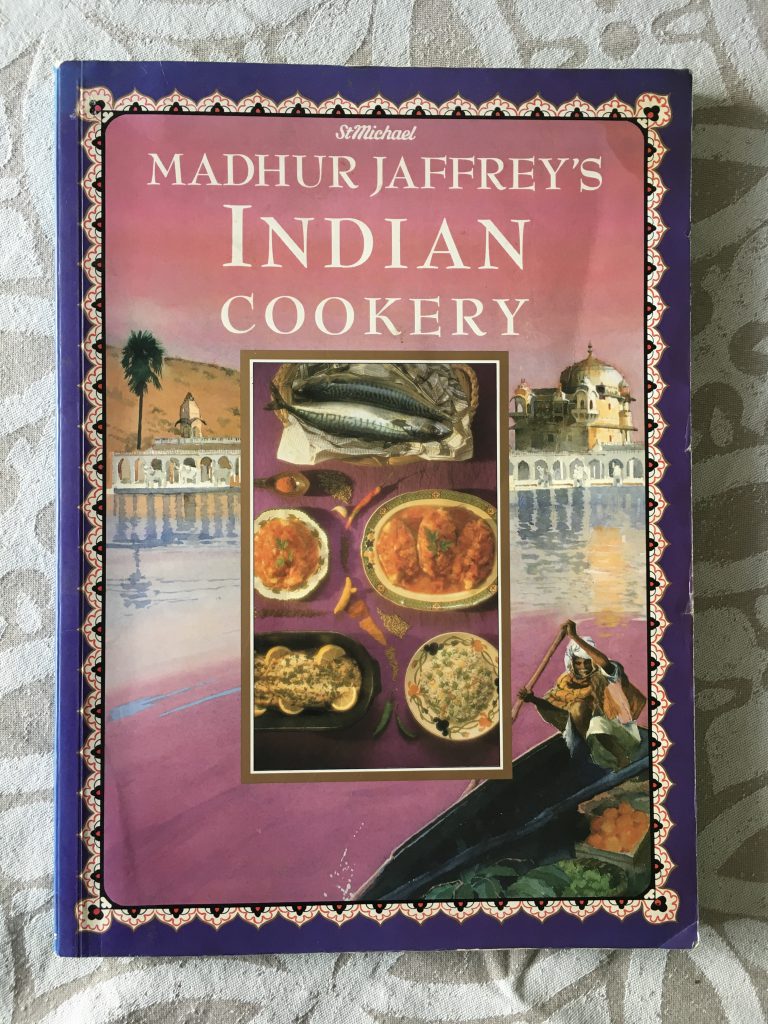 Dishoom has a dish called House Black Daal which everyone orders and I would hazard a guess that most people buy the book for that one recipe. This is certainly what I did, until I read that it calls for 90 grams of butter, 90 grams of double cream and a five-hour cooking time. Dishoom does not apologise for the five hours as in their restaurant the daal is cooked for 24 hours. So I will make that one day when I have worked out a way of reducing the time and fat content, by using a pressure cooker and single cream. 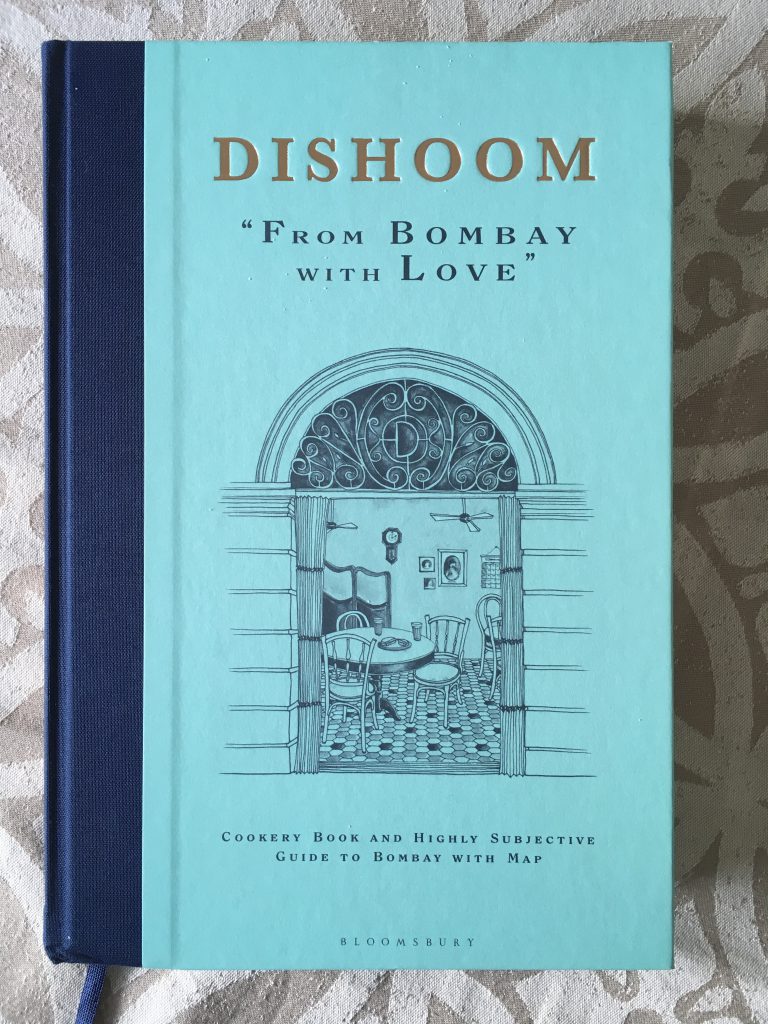 I turned to the Dishoom naan recipe and it starts off with this caution: …the truth is, unless you have a tandoor oven to hand, making naan at home will not be easy. A recipe follows but another word of caution that they won’t be as soft and fluffy as tandoor naans.

In the end, after comparing three recipes (Madhur Jaffrey, Dishoom and Thermomix) I came up with my own version of a Peshwari Naan which is our favourite type of naan due to the sweet coconut filling.

We ate the naan straight out of the oven and when Junor 2 and Mr Gochugaru took their first bites, they said extremely complimentary things such as a grateful diner would say to a celebrated chef. This made me extremely happy because I have always thought that there is no substitute for experience when it comes to cooking. Really, you simply have to eat a lot of one type of favourite food, then you will know what to aim for when trying to recreate it in your own kitchen. 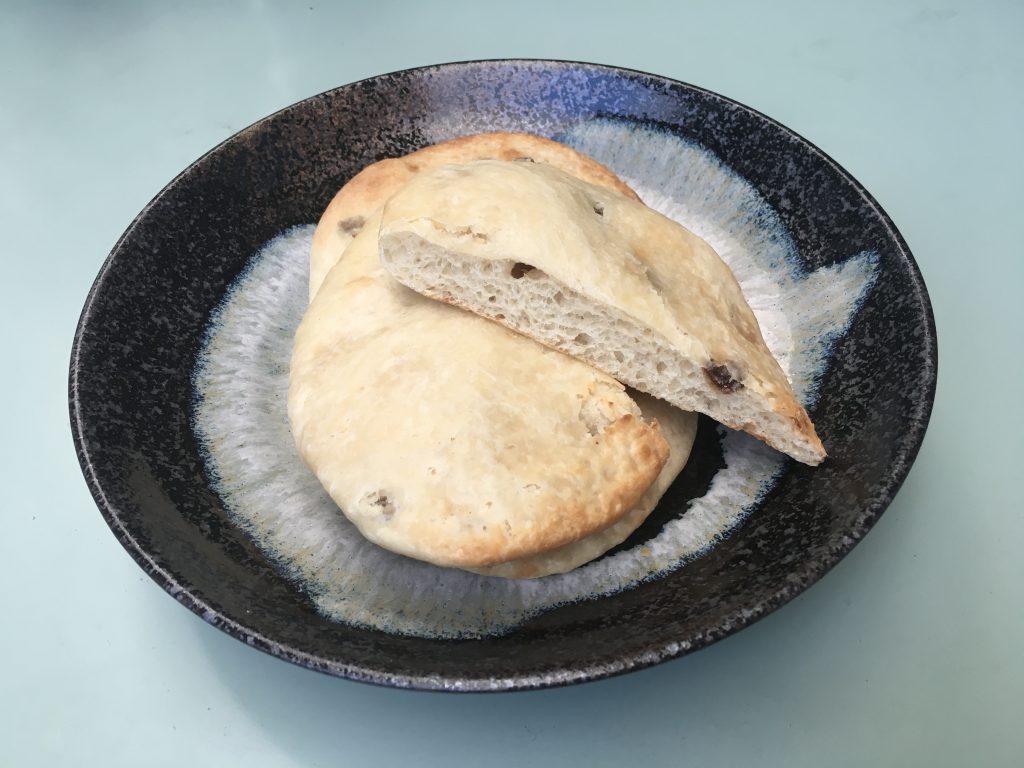 The best thing when cooking for yourself is that you can make the perfect version of something you like eating. This recipe will vary from all the other recipes you come across for naan but it worked for us so I am sharing it here.

Dishoom’s recipe uses maida flour which is not given any explanation in the book. Reading about it on Wikipedia I thought I could use Shipton Mill’s soft cake and pastry flour which they describe as: made from English organic wheat, which because of the cool maritime climate and the lower natural soil fertility is seldom rich in protein. This means the wheat berry is physically softer to grind and the lower protein levels make it well suited for cakes and pastries.

Then I remembered I made a very successful pizza dough using Italian 00 flour which is what I have used here. Shipton Mill describes their 00 flour: this grade of flour is renowned in Italy for being the very best type for pizza and pasta doughs. In keeping with tradition, we use only a fraction of the whole wheat berry when milling our type 00, in order to create an exceptionally fine white flour. 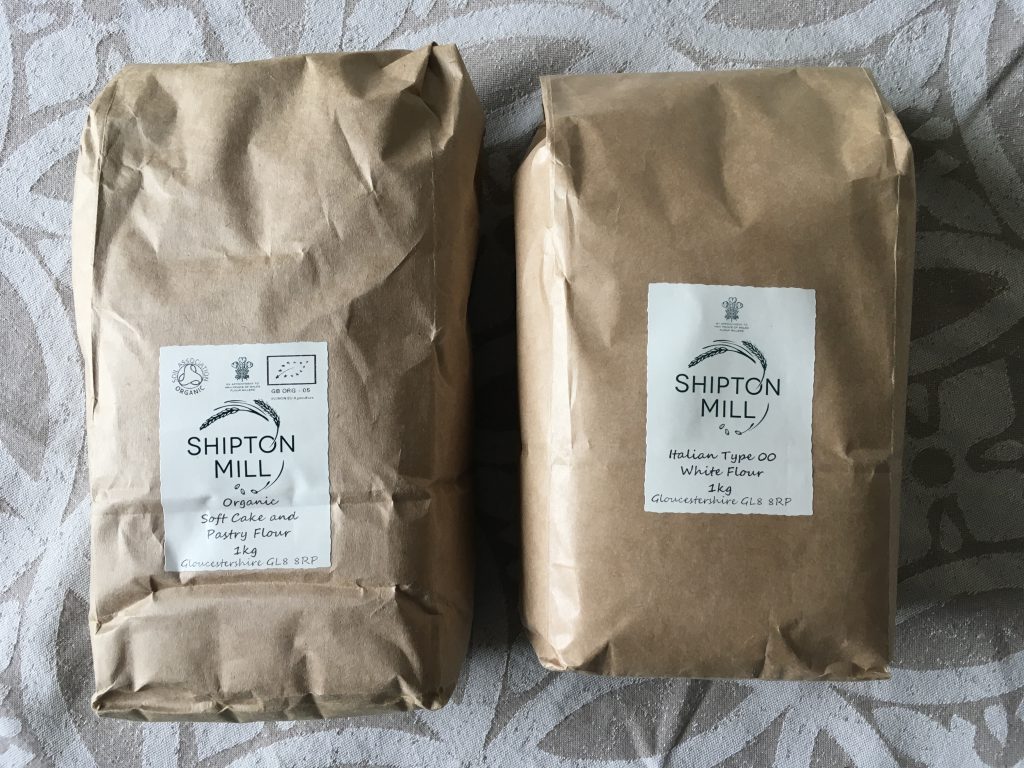 The basic recipe below is for plain naan. The variations are to add a coconut mixture for Peshwari Naan and some garlic butter for Garlic Naan. This recipe is as easy as the Pitta Bread recipe and as satisfying to make and eat. I used my Thermomix to make the dough, but you can use any bread-making method you are used to i.e. by hand, in a food processor or with an attached dough hook in the KitchenAid.

For the Plain Naan:

For the Peshwari Naan Filling:

For the Garlic Naan Filling:

Lightly oil a large mixing bowl and a large piece of cling film then set aside.

Transfer the dough to the oiled bowl and cover with the cling film.

Leave the dough to prove until it has doubled in size, which takes around 1 to 2 hours depending on the kitchen temperature.

In the meantime, prepare the filling:

For the Peshwari Naan filling, mix together the honey and hot water in a bowl. Add the ground almonds, desiccated coconut and sultanas. Mix well and leave aside.

For the Garlic Naan filling, mix together the butter, garlic and coriander in a bowl. Leave aside.

At the end of the rising time, divide the dough into 8 equal portions of around 98 g each.

For the plain naan: form rolls out of each dough portion by flattening it out into circle, then gathering the edges towards the centre. Make a twist, then turn the dough ball around, leaving the twisted end underneath. Finish by smoothing and shaping the dough further by cupping it in your palm on a flat surface whilst rolling it around gently. The idea is to form a ball.

For the Peshwari and Garlic Naan: form round discs out of each dough portion by flattening it out into circle 10 cm in diameter. Place 1/8th of the coconut or garlic butter filling in the centre. Gather the edge of the dough towards the centre. Make a twist, then turn the dough ball around, leaving the twisted end underneath. Finish by smoothing and shaping the dough further by cupping it in your palm on a flat surface whilst rolling it around gently. The idea is to form a ball.

Place the rolls on a lined baking tray. Cover with cling film and leave for 15 – 30 minutes.

After this time, roll each ball into a circle or oval, using a small rolling pin to flatten the dough.

Place the rolled out dough on a lined baking tray. Cover with cling film and leave for 30 minutes – one hour. The longer resting time allows the dough to rise more.

Meanwhile, preheat the oven and a baking tray to 250°C.

Brush the top of the dough with the melted butter and if making plain naan, sprinkle on the nigella seeds.

Place 2 – 4 dough discs on the preheated baking tray and bake for  5 minutes until puffed and golden brown. Repeat with the remaining dough.

Transfer the hot naan breads to a plate and serve immediately or leave to cool before serving. The bread reheats very well in a toaster. 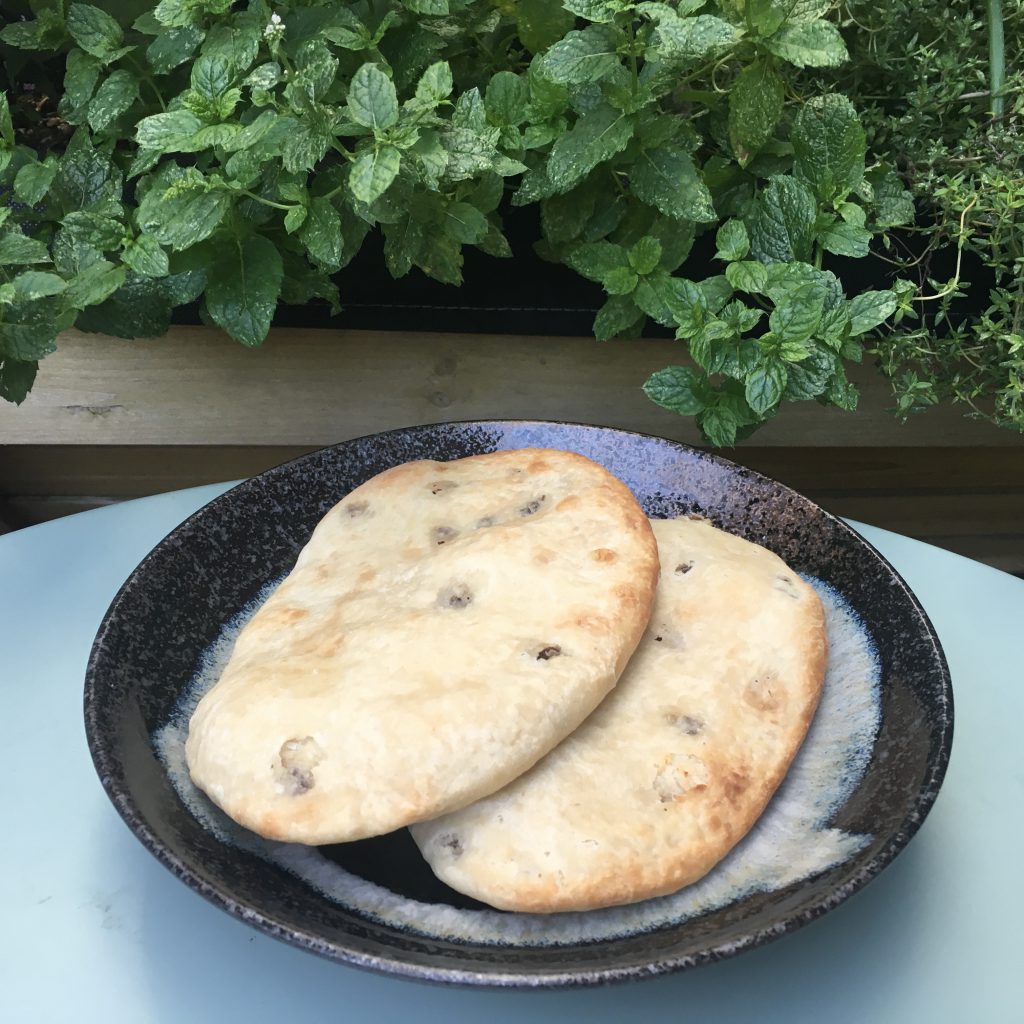 Reading through the Thermomix Indian cookery book I came across a recipe similar to Dishoom’s daal, using the same type of urad lentils. This version takes just over an hour to make, provided you have soaked the beans overnight. I might start here and see how it goes. 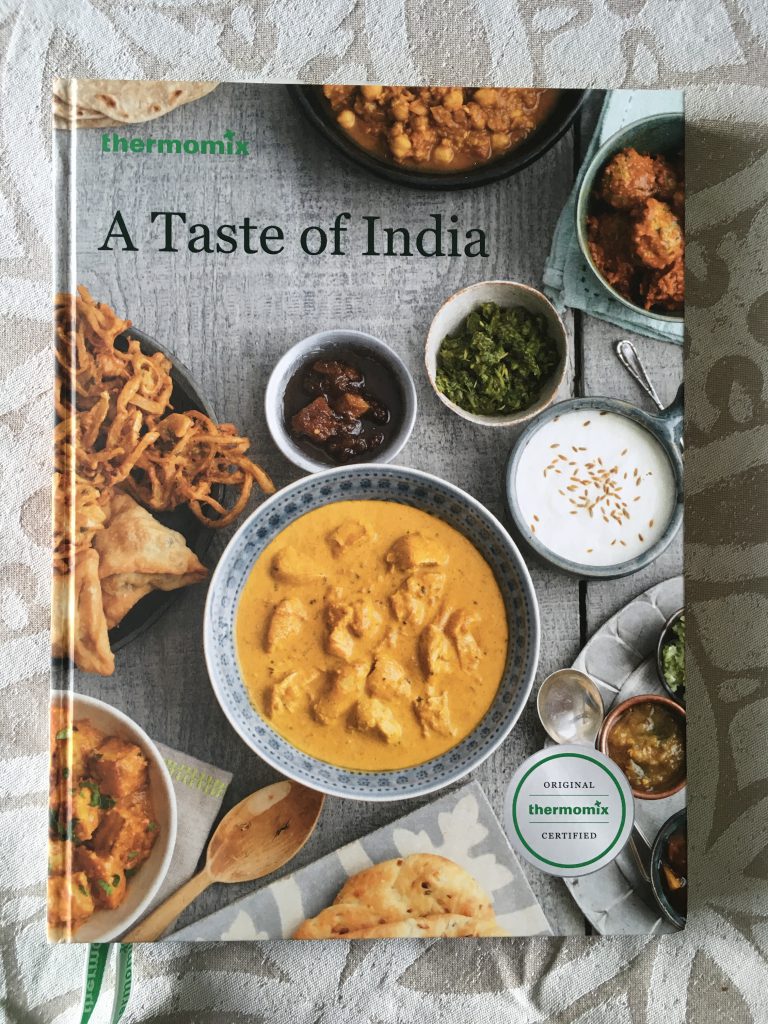