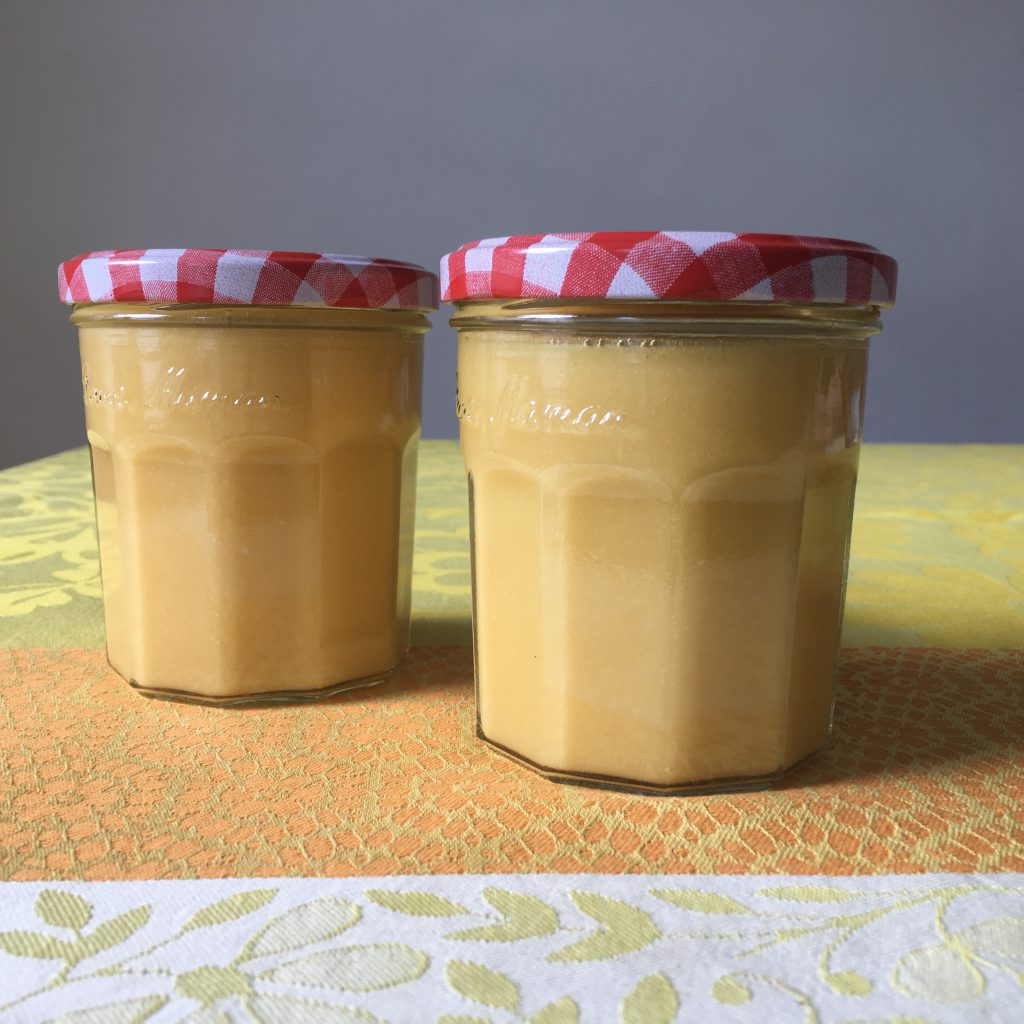 The Great British Bakeoff has begun its new series and I am already challenged by the demands placed on the contestants. The very first cake they have to make is a fruit cake, baked and decorated, in 2½ hours.  I commiserated with the contestant whose cake was not fully baked on the inside yet looked perfectly edible on the outside.

Years ago I made the same mistake and worse, I iced the cake then gave it as a Christmas present to French Couple. As one of our oldest friends, they did not say anything until I cut into my own cake on Christmas day. I was horrified and called them up. Not to worry, they said, the birds loved it all the same. Since I make the same cake every year, I really do not know what happened, and in the Bakeoff you hear the contestants say time and time again: this has never happened before.

One of the reasons I have a Thermomix is that I would prefer consistency especially when it comes to recipes requiring precise temperature control. Here is a recipe for Passionfruit and Lime Curd, made with some passionfruit that KL Sister gave me on our recent trip. I added lime juice to enhance the taste and aroma of the passionfruit juice.

I do not have a non-Thermomix recipe but can suggest Delia Smith’s recipe, because you can’t go far wrong with dear Delia. 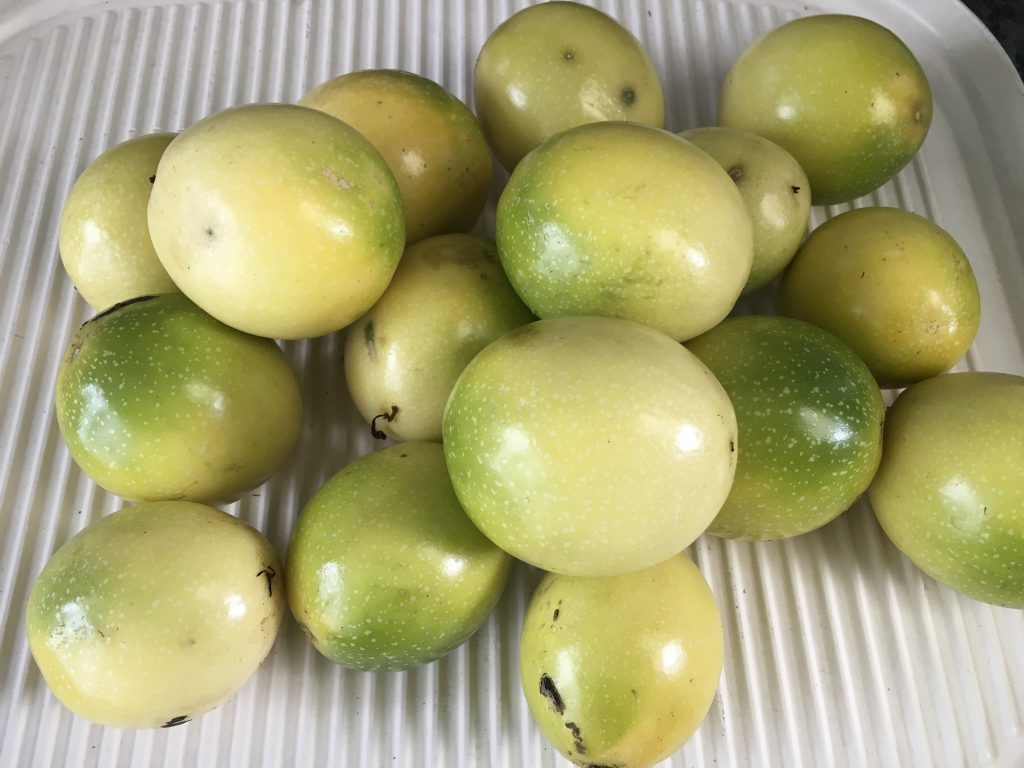 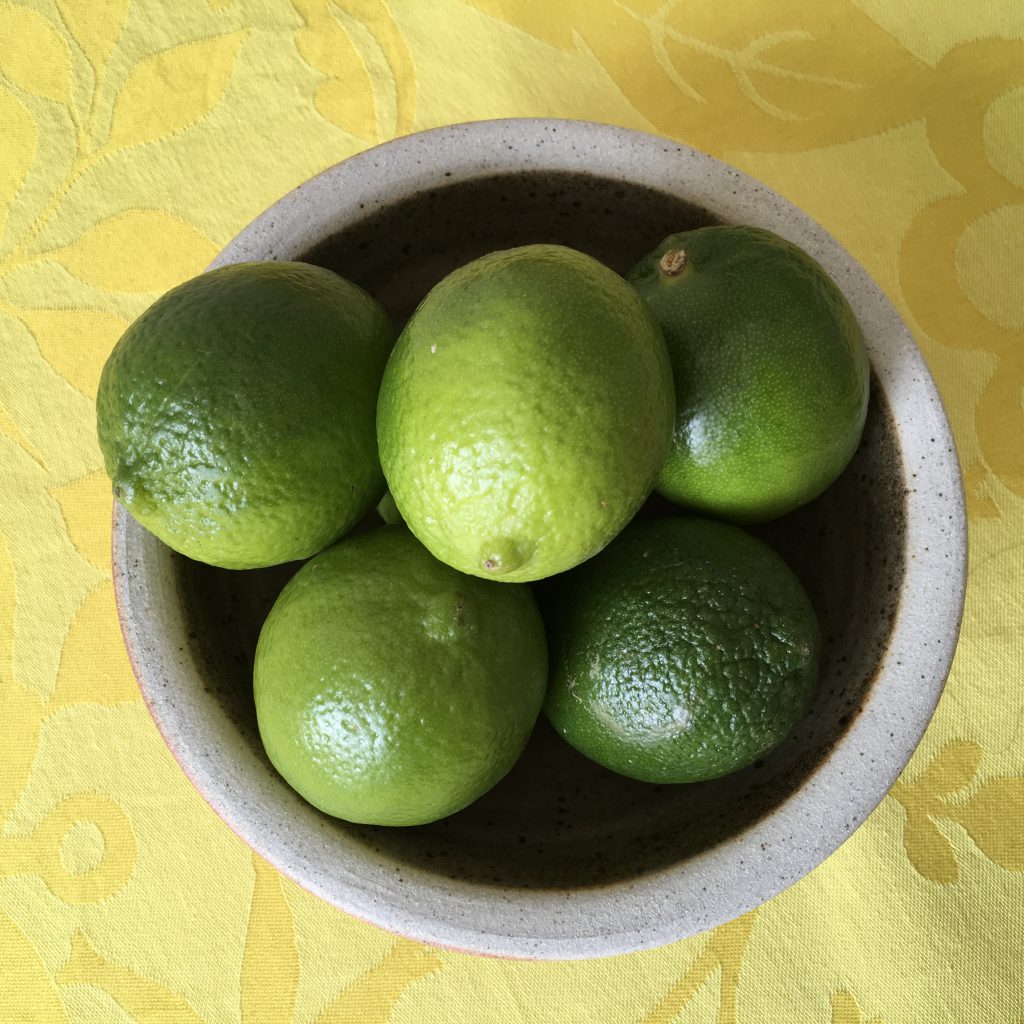 Slice the passionfruit in half and scoop out the juicy seeds 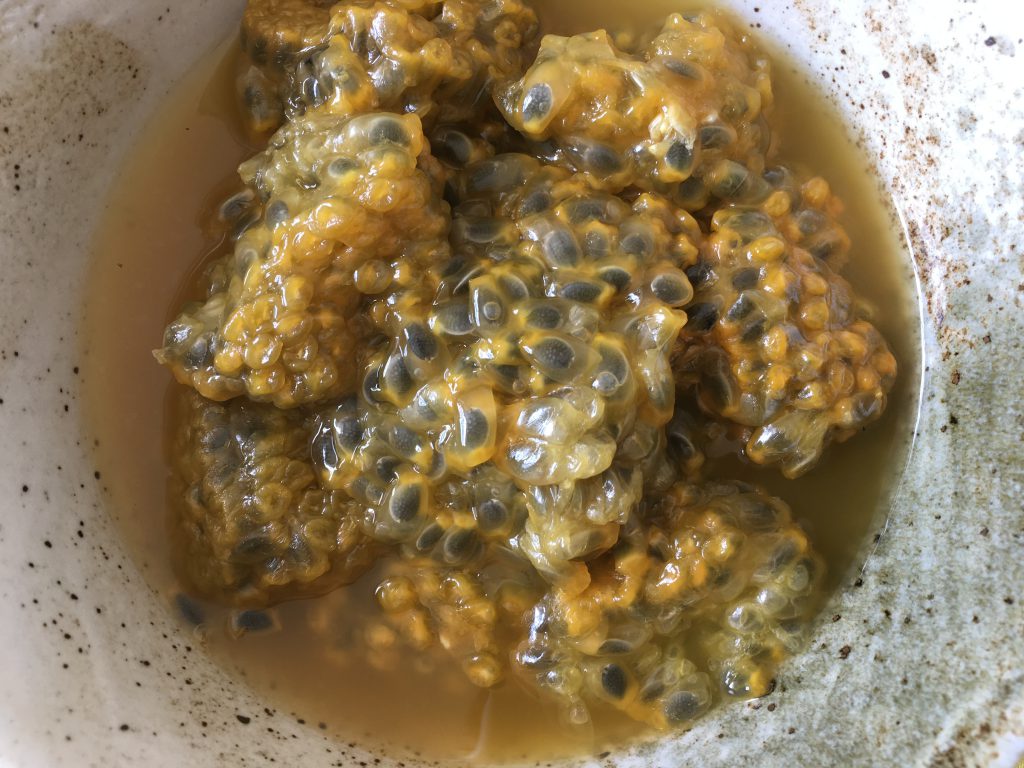 Loosen the seeds with a fork 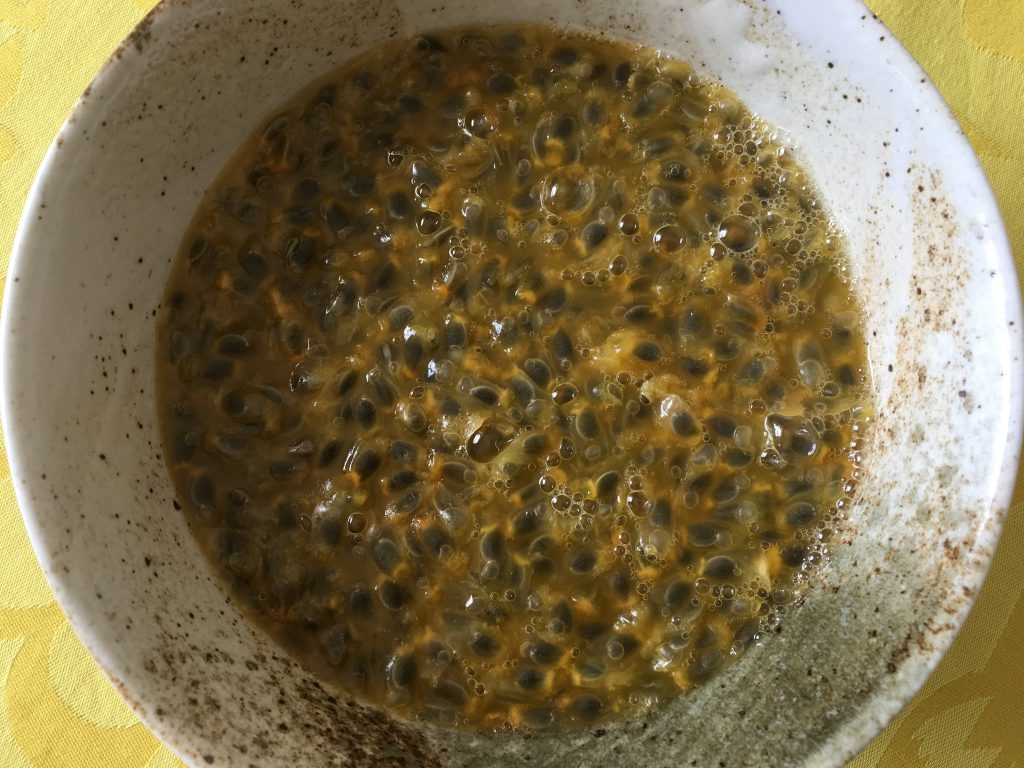 Sieve the seeds and collect the passionfruit juice 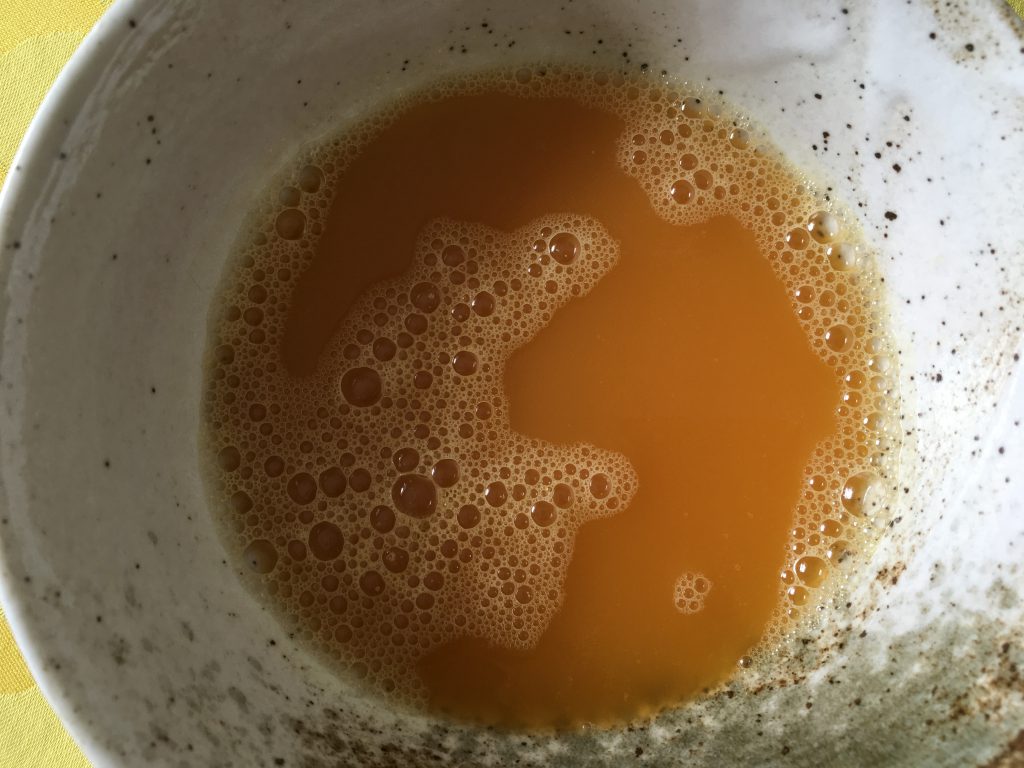 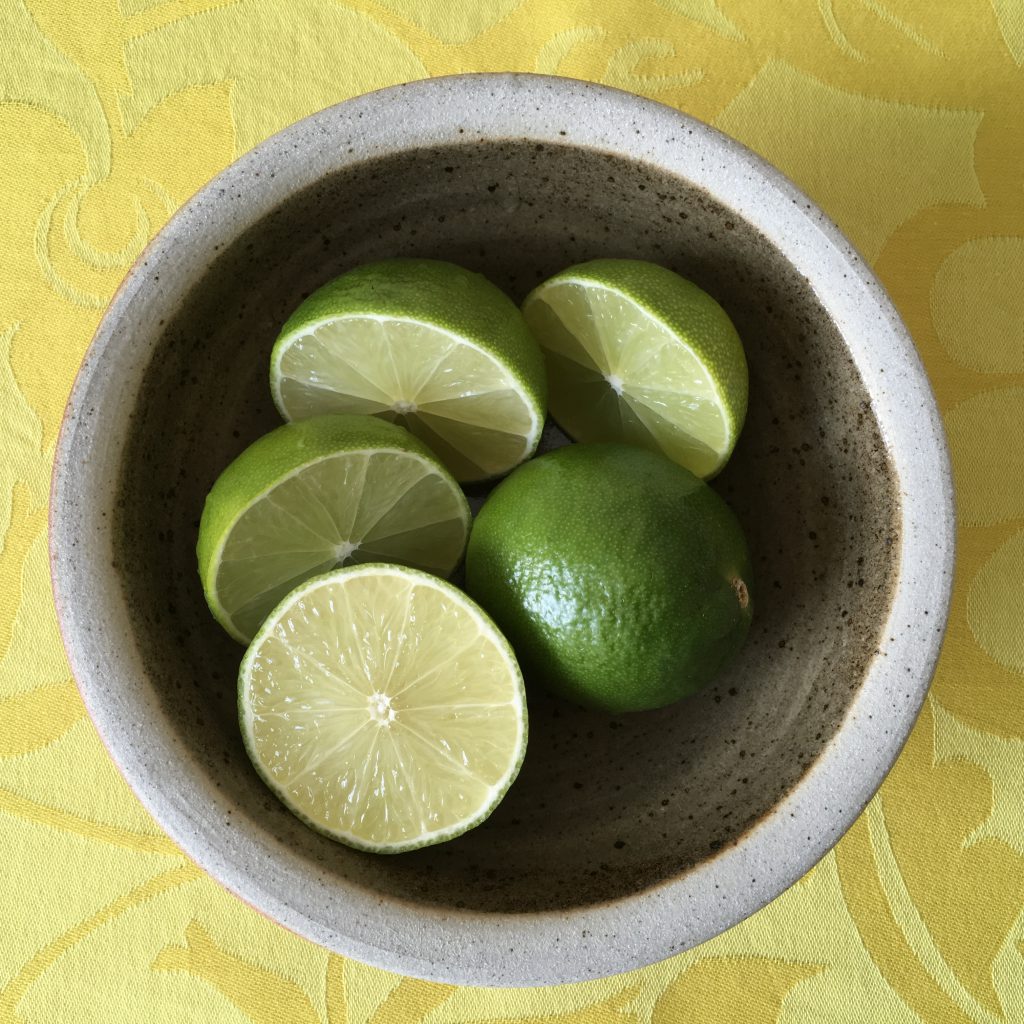 Place the sugar, butter, eggs, passionfruit and lime juices into a Thermomix bowl.

Transfer the curd to 2 sterilised glass jars with screw-top lids. Screw the lids on and allow to cool before serving or storing in fridge. 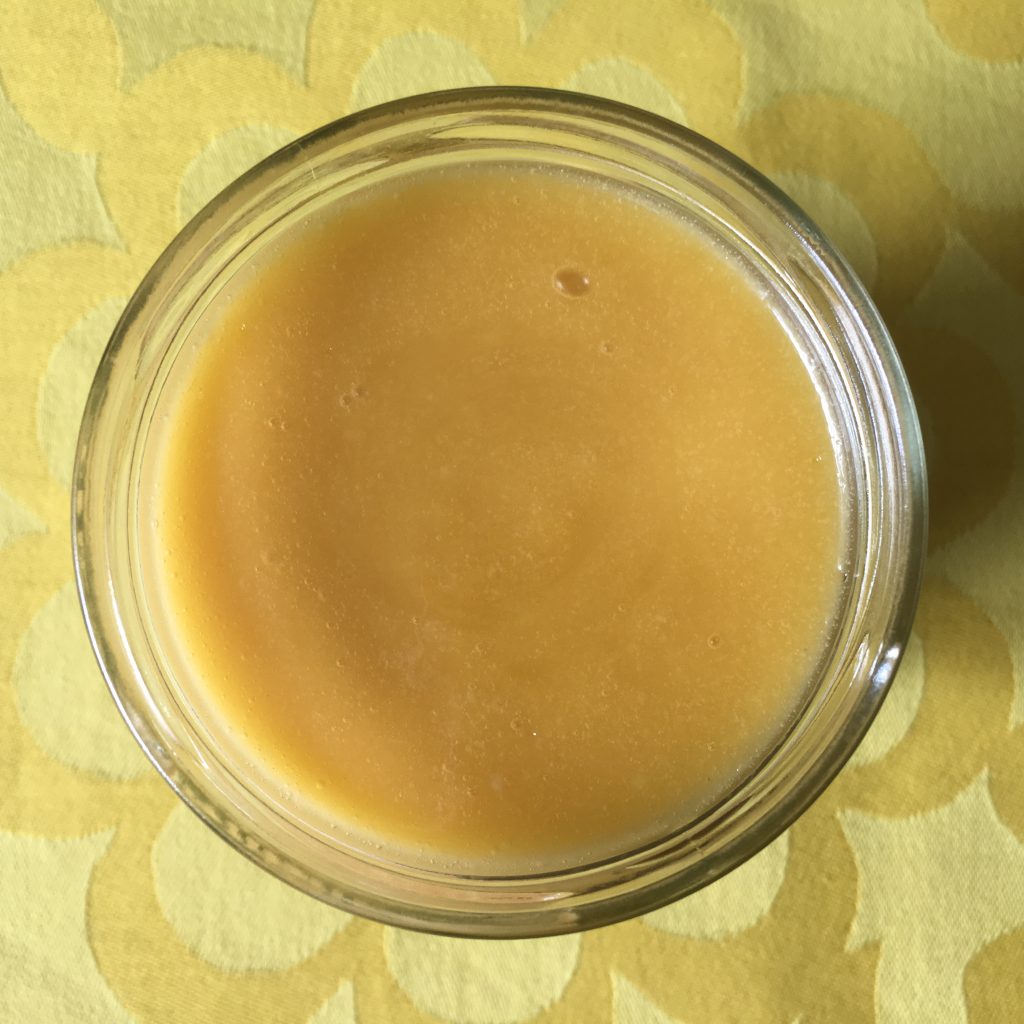 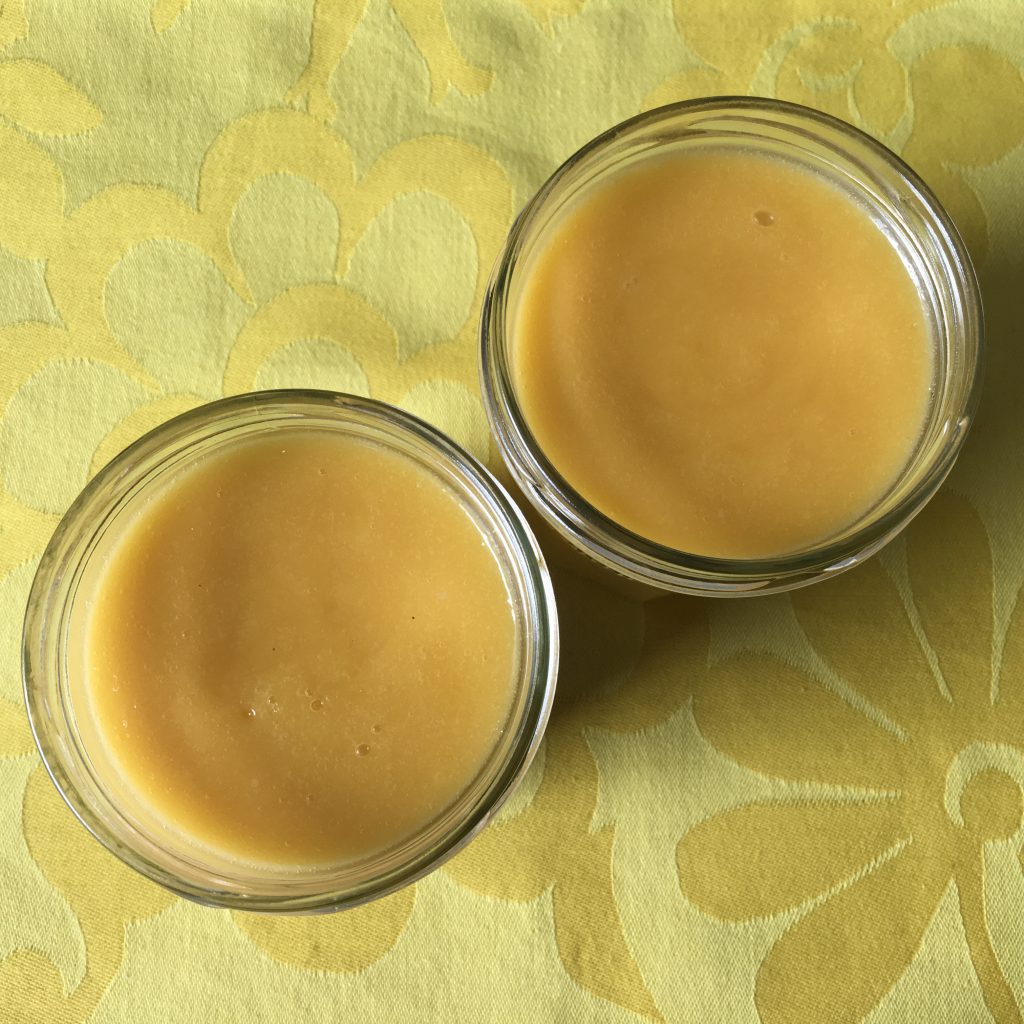 I was going to write up a list of restaurants in KL which we tried but needed to use the passionfruit up quickly. Next post, perhaps.