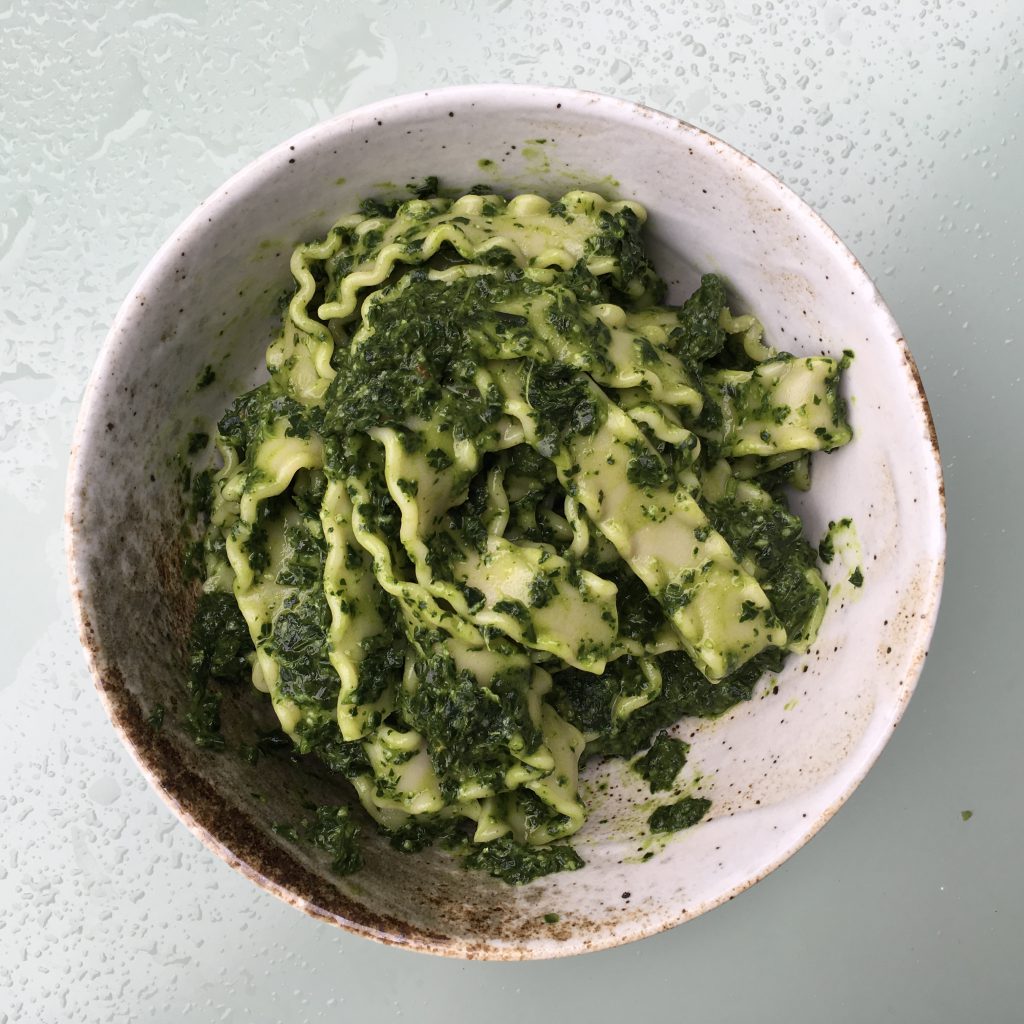 I know the world is mad on kale and I am a late starter in this respect. I finally had to find a use for the kale that I sometimes buy but which only ends up as the green addition in noodles or stir-fried mixed vegetables. I simply do not have any other use for it.

Kale can be shredded and eaten raw but half the year, or more, it is so cold in London that I much rather eat cooked vegetables. Junior 2 chops up the kale, drizzles olive oil and a pinch of salt over it then bakes it in the oven, making a crunchy snack. 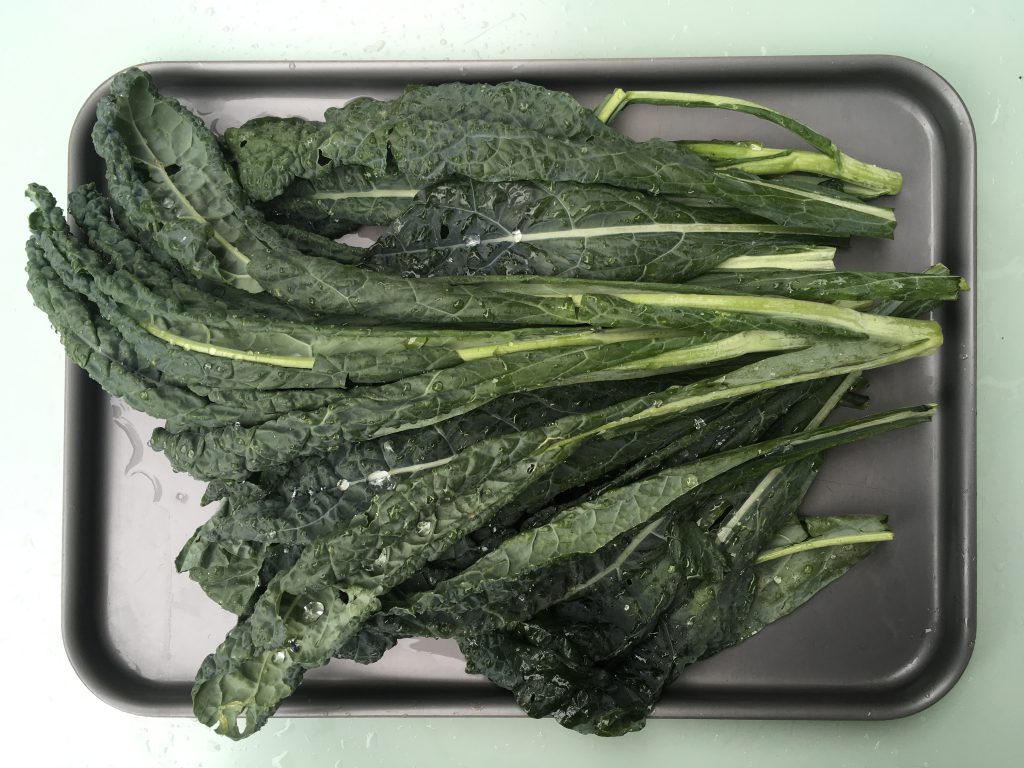 Over the weekend I had an urge to finally make Joshua McFadden’s Kale-Sauce Pasta. This is on page 312 if you have Mr McFadden’s book Six Seasons, where he calls the recipe Kale Sauce with Parpadelle.

By a happy coincidence I had in the kitchen all of the ingredients that the recipe called for, although the pasta and garlic were in a slightly different form. Instead of cooking the garlic in oil from the beginning, I had some confit garlic which Thermomix Neighbour had made. The recipe is here from the brilliant Kitchn food website.

The pasta was one that Junior 3 left in our house when he embarked on his grand south-east Asia tour. It was called mafaldine no. 80 by the pasta makers Rummo and to be honest, the recommended 8 minutes cooking time is wholly inadequate. It took 16 minutes to cook in rapidly boiling water until it was al dente i.e. soft enough yet retaining some bite. Maybe it needs Italian water? I am sticking with parpadelle in future. 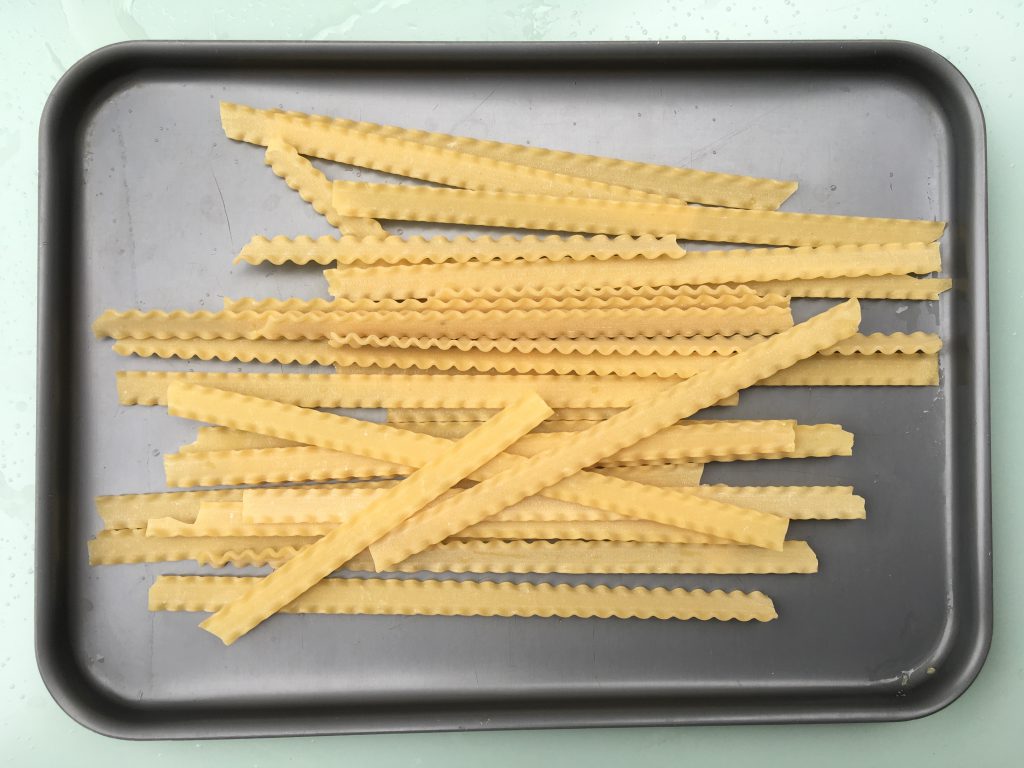 The main ingredient is the kale and this should be Tuscan kale which is also known by its other names of lacitano kale or cavolo nero. The original recipe is here and my metric adaptation is below. This makes enough for two starter portions. It was so delicious that the next time I will make double for a main course, served perhaps with some grilled fish.

For the Kale Sauce (serves two as a starter):

Start by making the confit garlic according to the recipe from the Kitchn. Keep the rest for use in another recipe.

Grate the parmesan cheese and set aside for later.

Remove the centre ribs from the kale. I sort of ran my fingers through it and stripped the soft outer leaves away from the centre stem. You should get around 120 g of leaves.

Bring a large pot of water to the boil. Add the kale leaves and cook until tender but not limp, around 4  – 5 minutes. It depends on how young or old hence how tough the leaves are.

Remove the kale with a pair of tongs and set aside. Keep the water in the pot as you will cook the pasta in this.

Add the pasta to the pot and cook according to the instructions on the packet.

Whilst the pasta is cooking, place the kale, confit garlic, oil, chilli and 40 g of the boiling pasta water into the bowl of a Thermomix or a food processor.

If you are using a food processor, simply blend the ingredients until you get a smooth, thick purée. Taste and season with salt and pepper. Keep the sauce aside.

Drain the pasta, keeping back about 1 cup of water in case you need to loosen the kale sauce.

Return the pasta to the pot and add the kale purée and cheese. Toss the pasta until it is coated all over with the sauce. if the sauce appears to be too thick, add a bit of the reserved pasta water and toss again.

Serve immediately in order to not lose the fresh greenness of the sauce, with a drizzle of olive oil and a sprinkling of grated parmesan cheese. It really does taste fantastic! 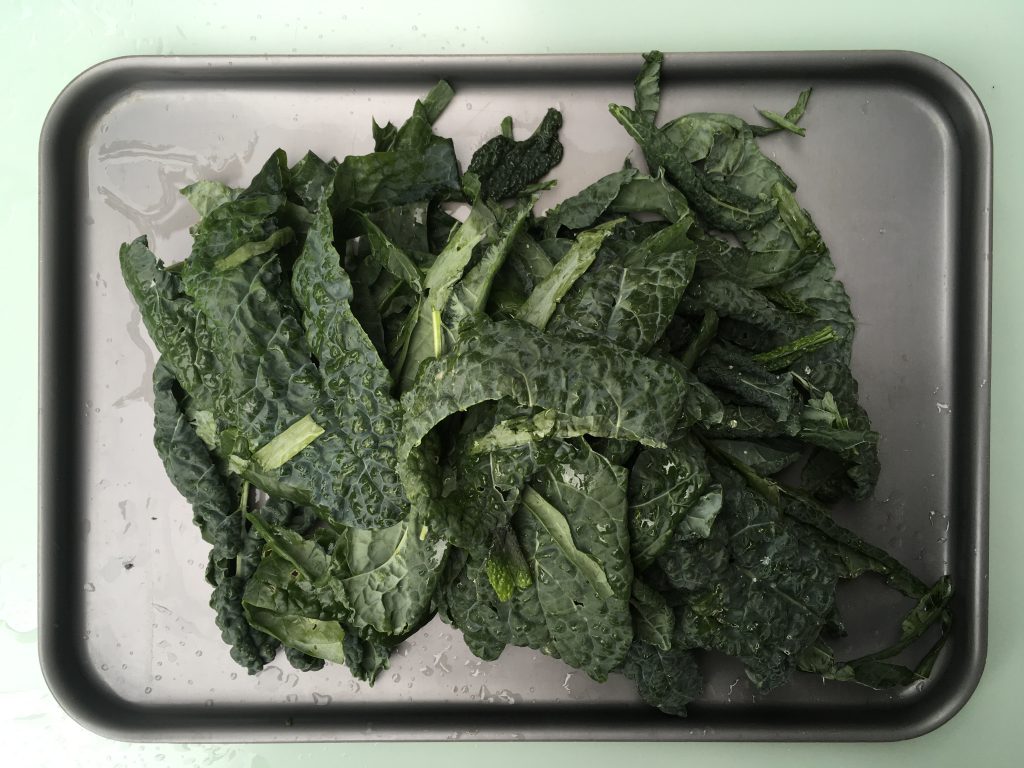 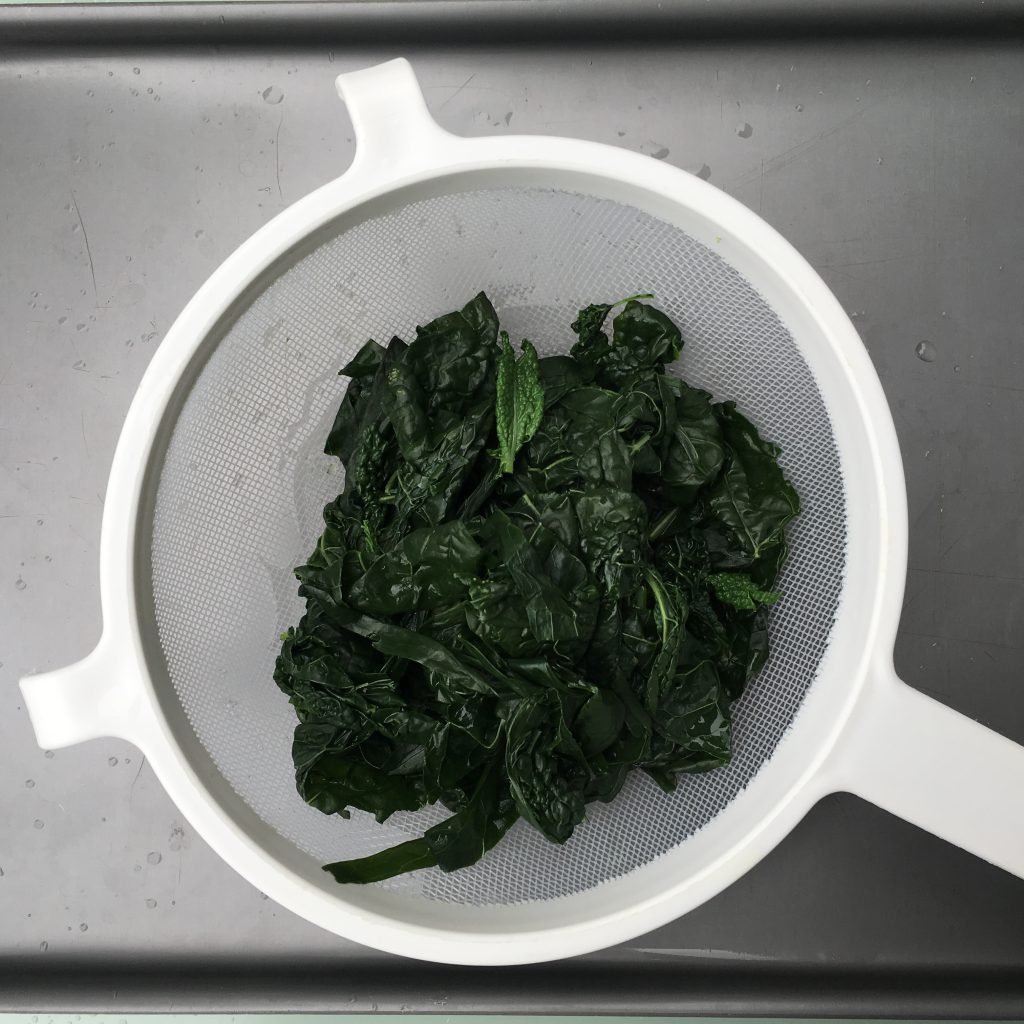