A day spent contemplating the end of the world… 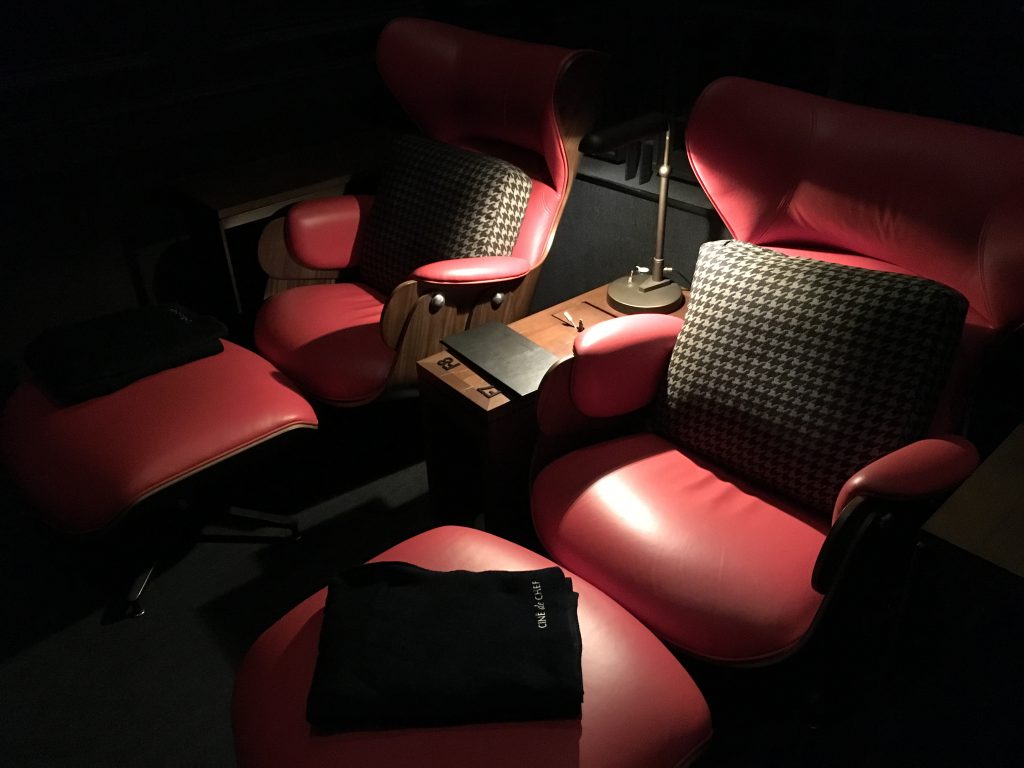 …from the comfort of a private cinema.

The day had started with a WhatsApp message from my dad which read: Stock Rout Wipes $141 Billion Off China’s Three Tech Kings.

Of course I know what one billion is, in numbers. What I don’t get is whether the said tech kings slept well last night or whether this morning they thought that they were too poor to add sugar to their coffee.

It is Good Friday, a day especially important to Christians everywhere as they remember the huge sacrifice of God coming to earth in the human form of Jesus Christ, and dying on the cross in payment for a burden of sin and guilt we cannot bear ourselves. We call this grace, an unmerited act of love from God. We do not deserve it and we cannot earn it.

On Sunday we will celebrate Easter Sunday which is to commemorate Jesus’ ressurection. As Jesus lived, died and was resurrected to be with God for eternity, then as Christians we too have that hope of life after death.

There are other ways to think about life, the universere and everything in it. Lunch was at Balwoo Gongyang, which serves Temple Cuisine and which has 1 Michelin Star. After that we head to a private cinema in Yongsan to watch Ready Player One.

The menu is simple in Balwoo Gongyang in that you choose one of several set menus, which change four times a year according to the season. The meal arrives course by course and dishes are explained clearly. 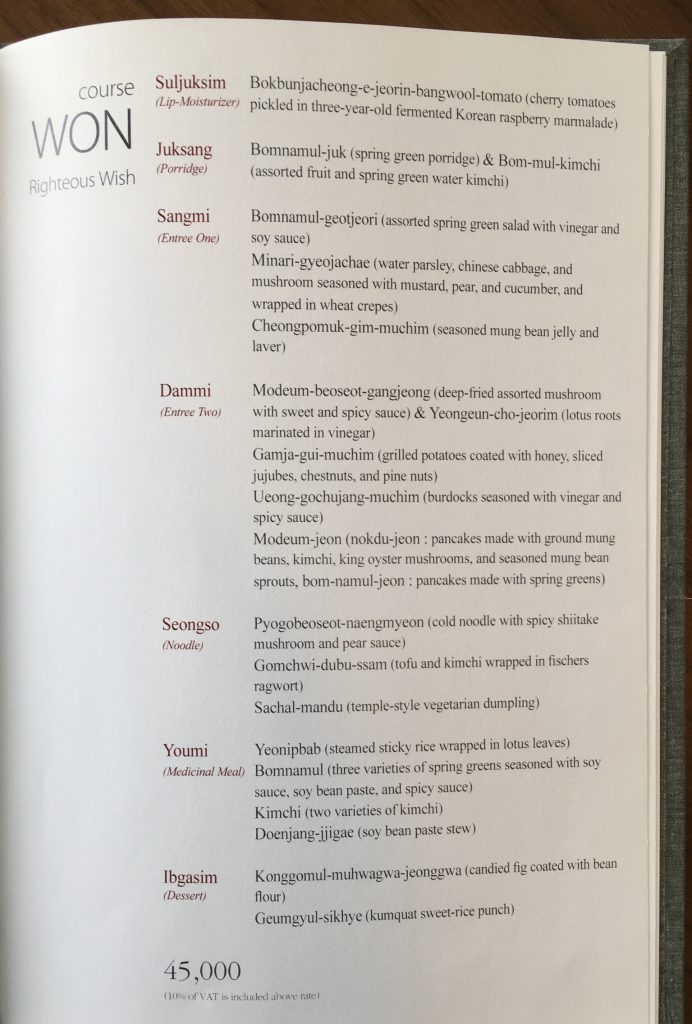 Technically you are supposed to think about your meal and your life before you tuck in. I failed on the first hurdle by not opting for the cheapest set menu at 30,000 won, thereby letting greed get the better of my stomach. It’s much easier to say grace before a meal and to thank God for the wonderful provision of everything good He has given to us. The we can really eat with gusto. 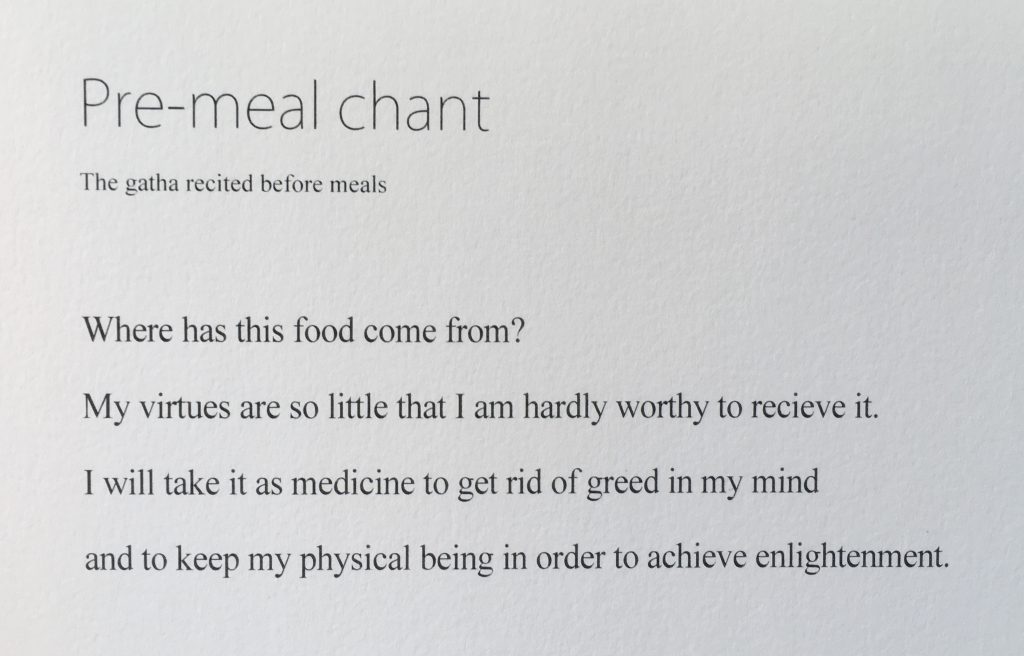 Here are the pictures from our lunch. Later, Seoul Sister asked if it was good. I would say that it was worth trying because we would not be able to get this type of meal anywhere else. However the lack of seasoning overall and the tepid temperature of the meal made the dishes not shine as much as they could have. I do think that is the idea though, as we are not meant to think of worldly things whilst eating and to concentrate instead on leaving this world and achieving enlightenment. 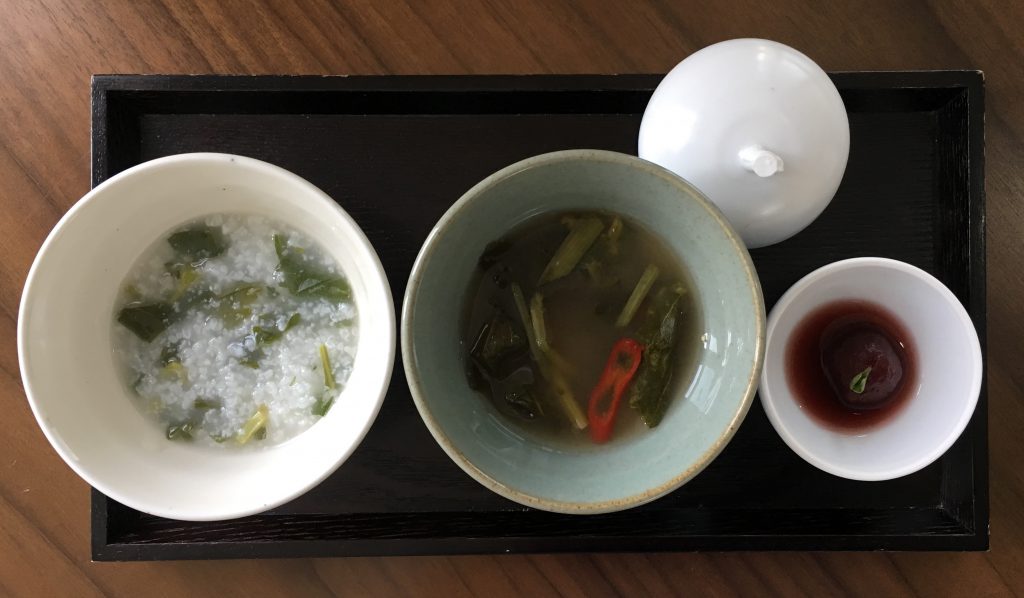 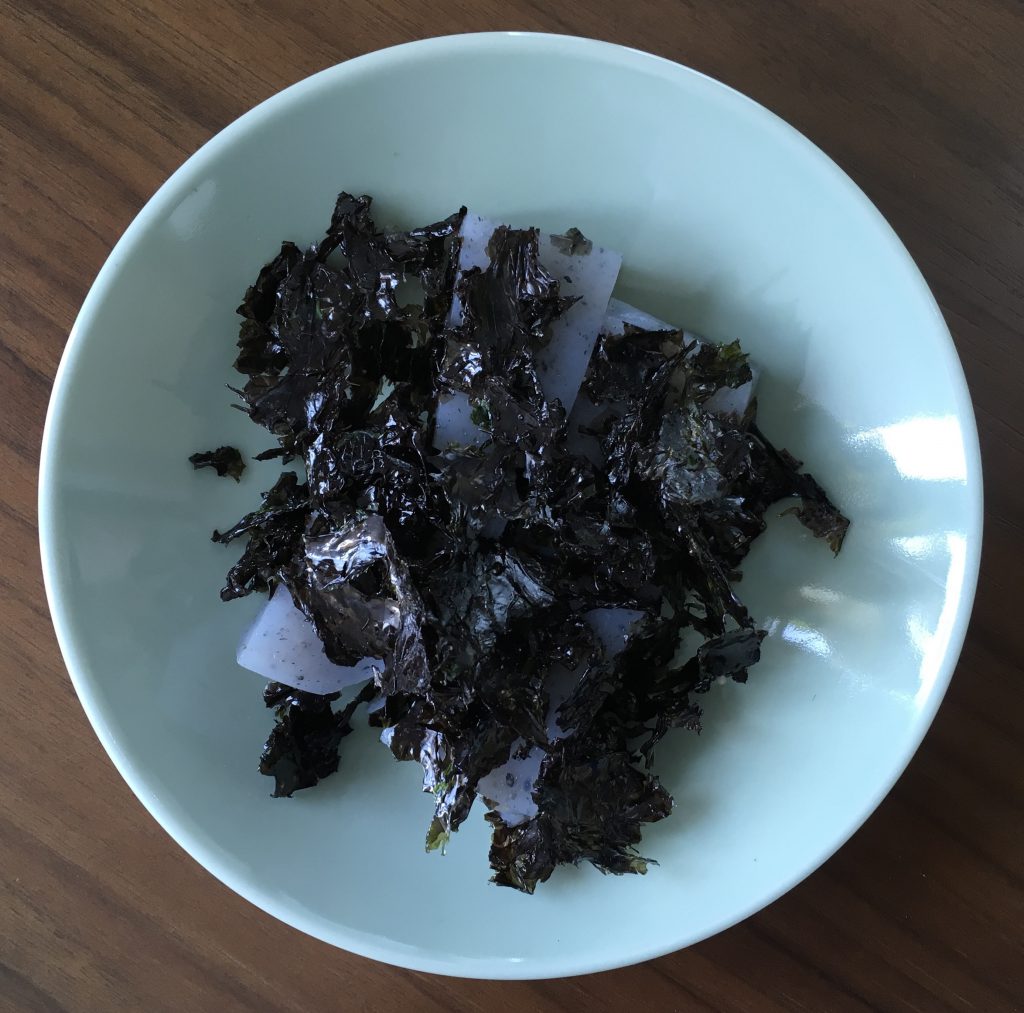 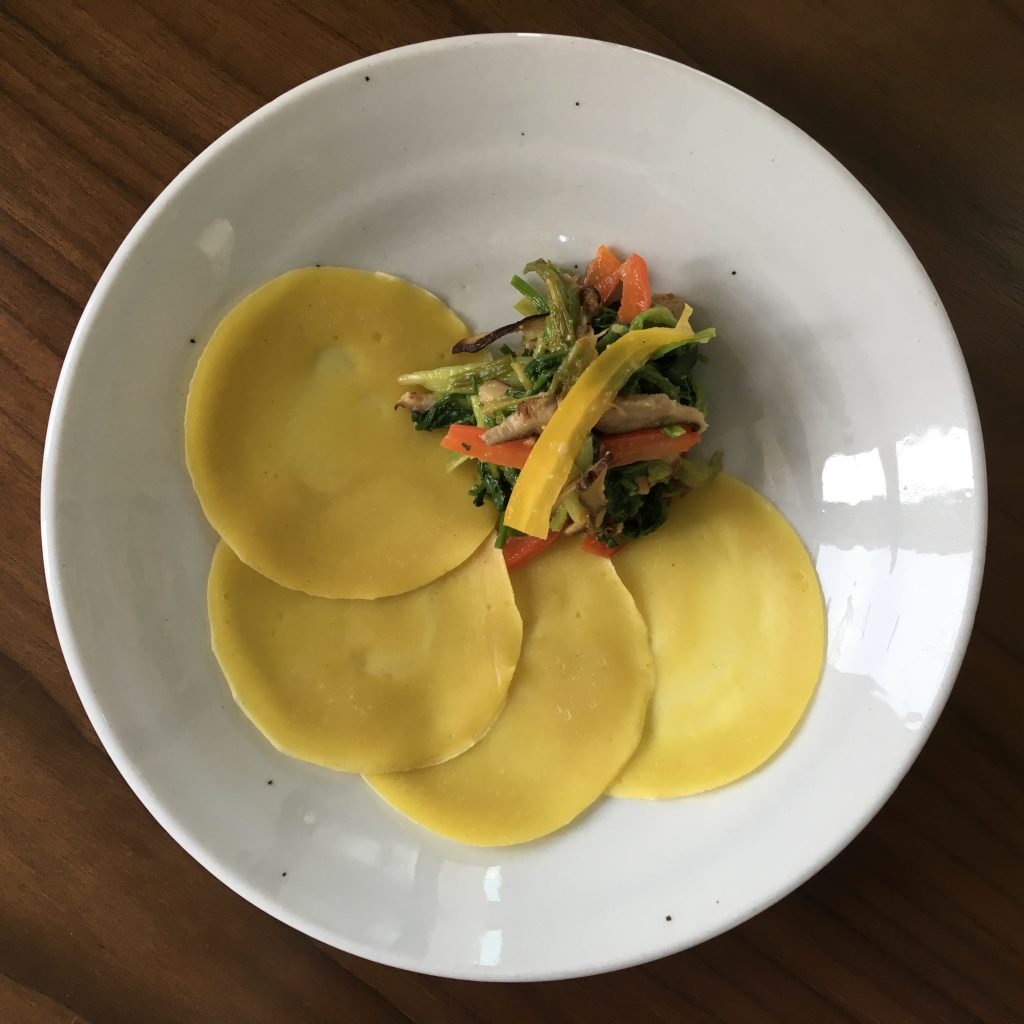 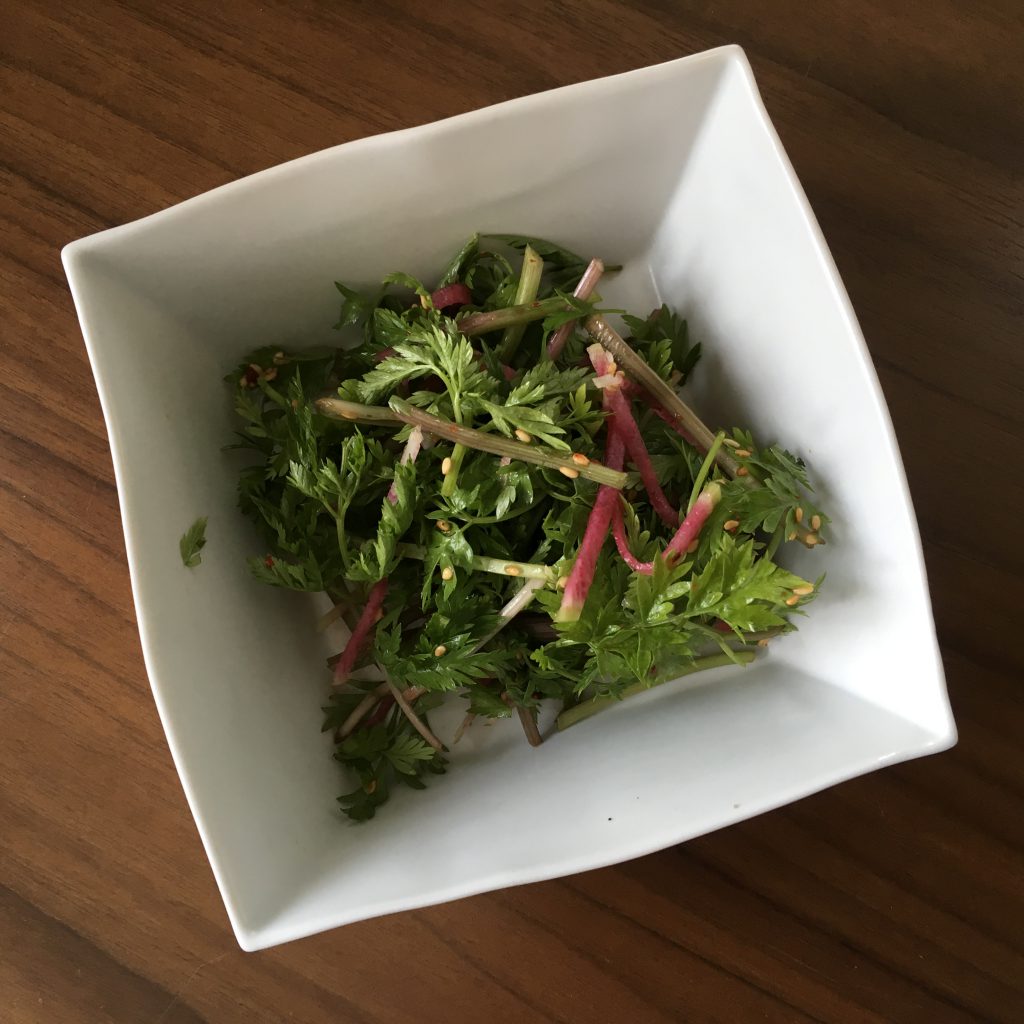 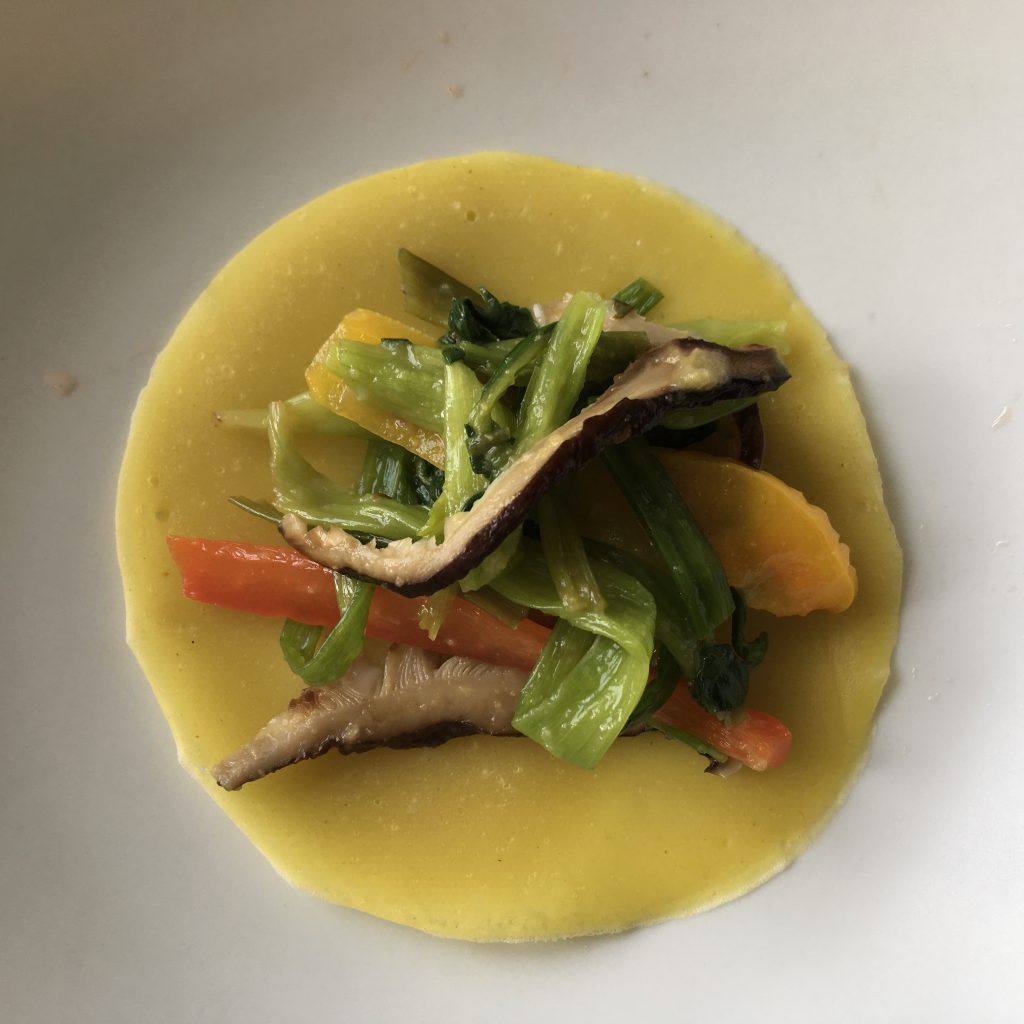 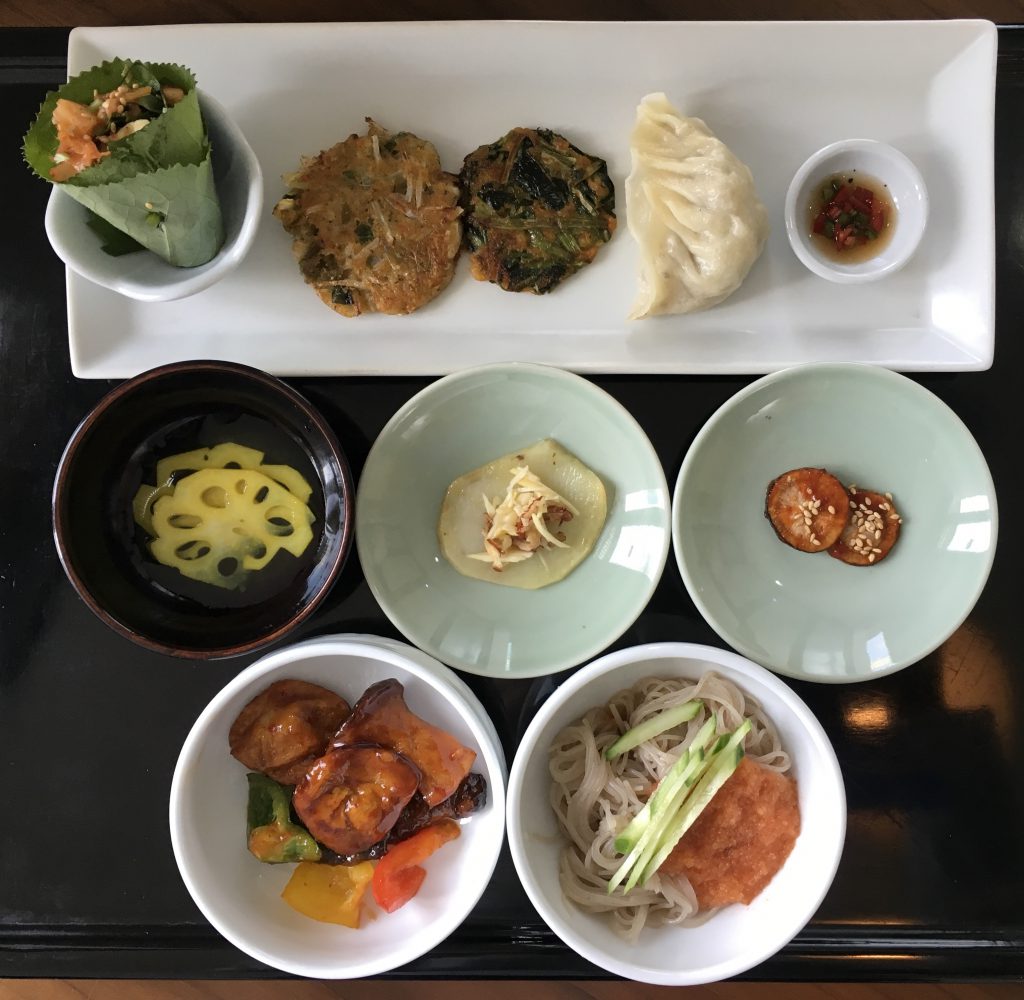 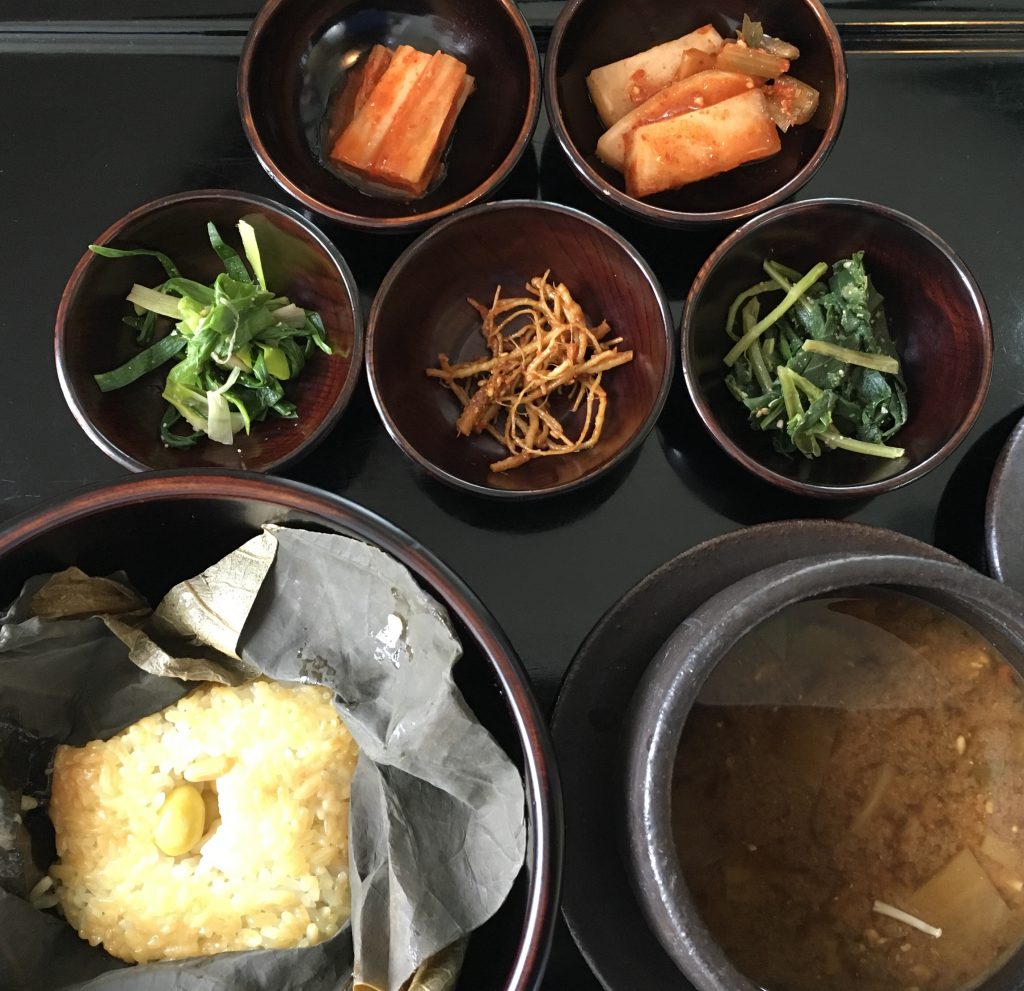 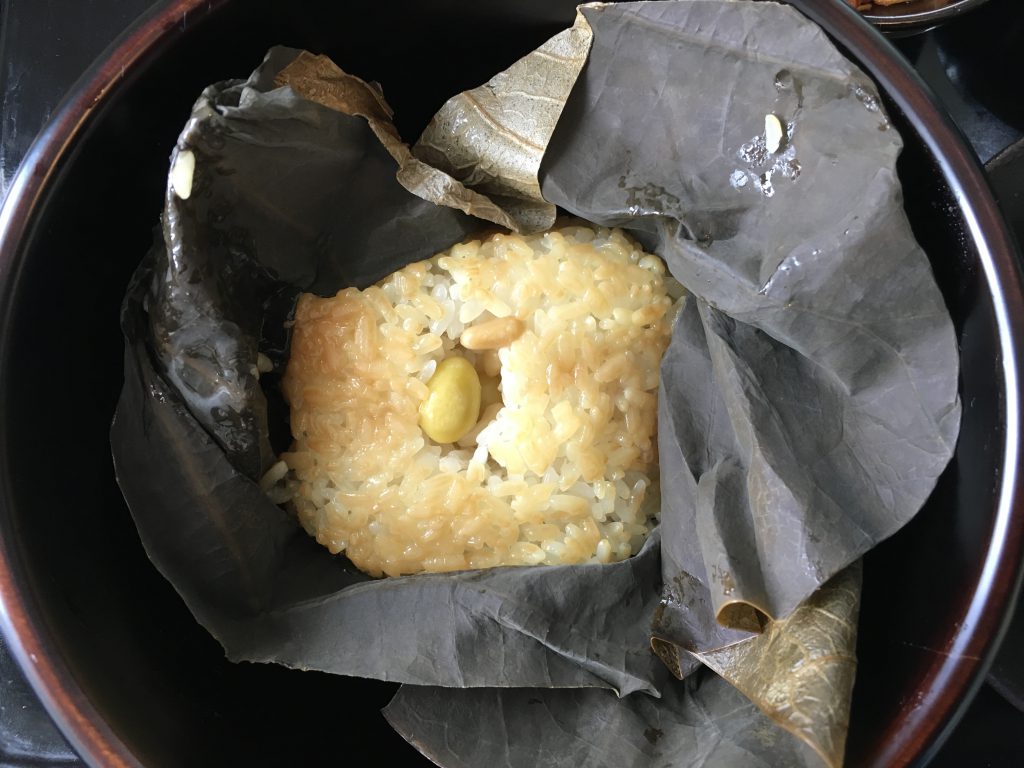 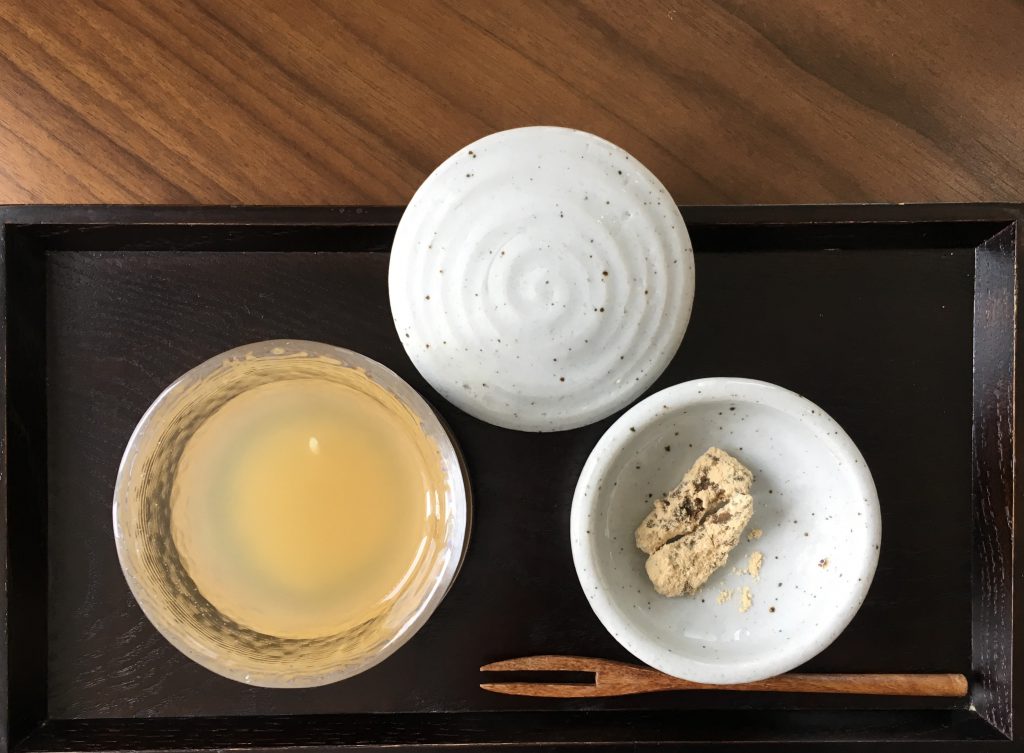 After this we get back to reality but as it turns out, there are different types of reality. I had a taste of the tech billionaires’ reality when Seoul Sister, Mr Gochugaru and I had the whole of CGV’s Cine de Chef in Yongsan to ourselves for a mid-afternoon showing of Ready Player One. As experiences go, this was akin I imagine to flying in a private jet. 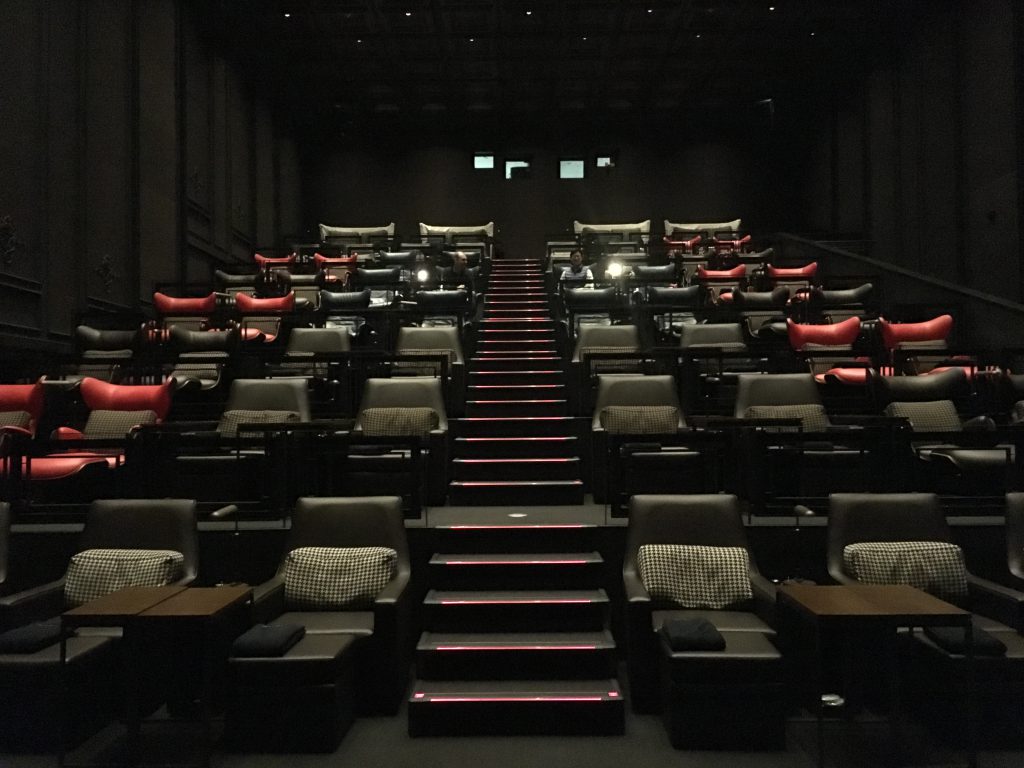 There are individual leather armchairs with foot rests, cushions, blankets, complimentary drinks and biscuits and a private elevator via the attached restaurant on the floor below. This is South Korea, possibly the most connected country in the world, and so there are mobile phone and laptop  rechargers next to you. 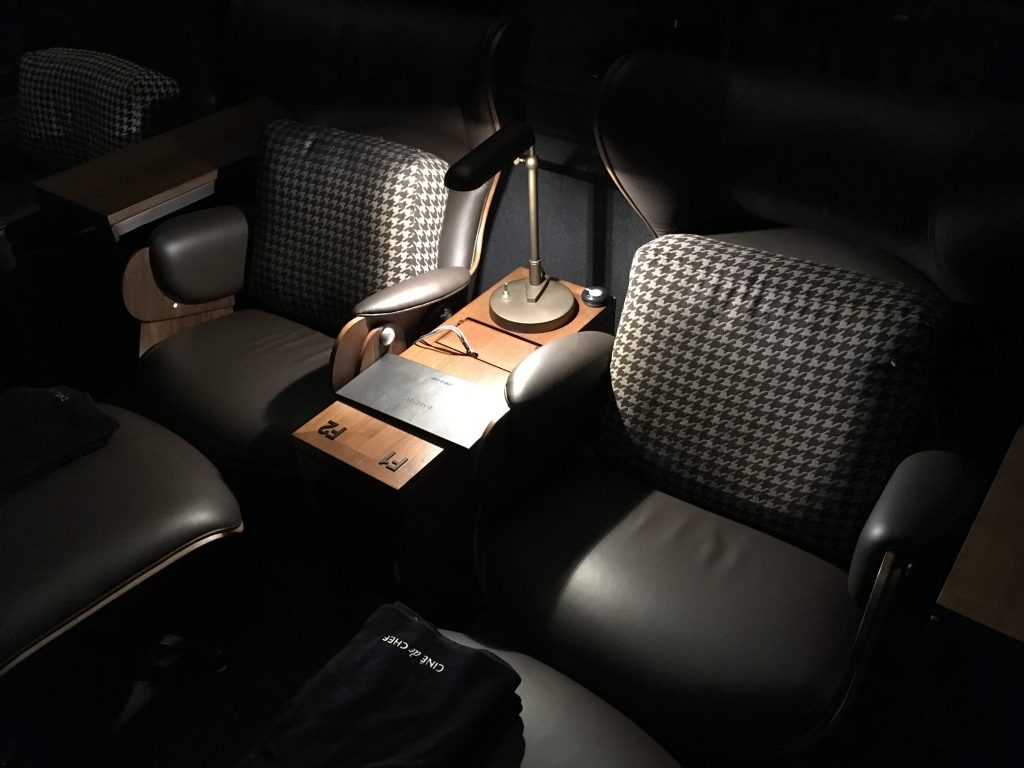 We enjoyed the film thoroughly and the search for the Easter Egg prize which pitched good against evil was timely given this is Easter weekend. The message was a simple: the best sort of reality is not virtual reality but reality in the form of real life itself.

After a delicious, and dare I say hot, meaty, garlic and chilli laden, dinner at Cine de Chef’s restaurant, we head back to the hotel via Kyobo Bookshop. Mr Gochugaru and I have been picking up many new words as we walk along the streets and in the subway. Now we pick up some new books to try to widen our vocabulary.

As we leave our friends, we get a warning that the country is on high alert as China’s space satellite Tiangong-1 is expected to fall into earth this weekend, with a high possibility that it may be over this area. We will get a 2 hour lead time warning from the relevant government agency via our mobile phone in an emergency.

The end of the world? Not quite: in Ready Player One the virtual reality world of the OASIS is not destroyed, for the Buddhist there is the goal (but not a guarantee) of enlightenment and for the Christian, the end of the world for one man on Good Friday was the beginning of eternal life for everyone who can trust in the Resurrection.