Some cupcakes for a cold, cold day… 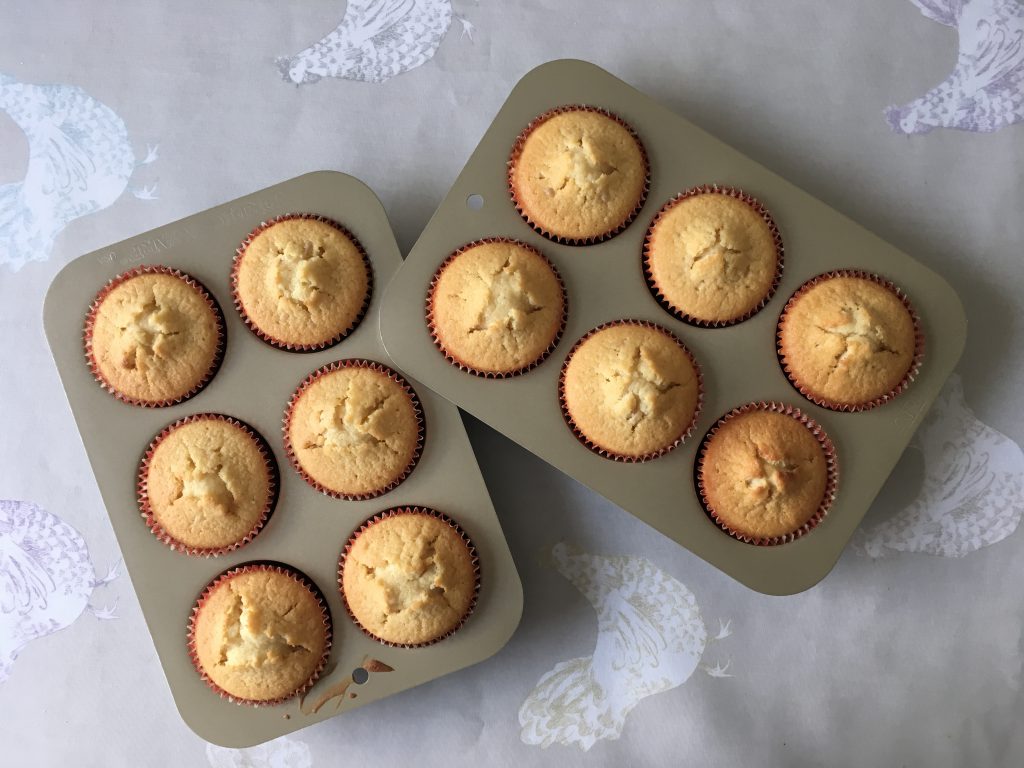 …it has also been a busy day. Hence there are no photos of the snow in London because I was too busy getting from one place to another and also busy trying not to slip whilst walking on the pavements.

Actually it has been a busy month hence the disappointment of having just one post this February. Truly appalling.

It is not that we have not been cooking, eating or travelling, but in between all the moments that are worth writing about, there are the everyday routine things that have to be taken care of: laundry, tidying up, filing, calling my dad to say please don’t trust all the WhatsApp messages you get very hour of every day. There are meetings to attend for all sorts of matters and to cap it, the dishwasher has busted.

But let’s not go there.

Very early this morning I made it to the kitchen without looking out the window or at the mobile phone, and managed to make some cupcakes before leaving the house just after 7.30 am. On days like these I just have to make whatever comes to mind, and a bottle of lemon marmalade provided the inspiration for the lemon cupcakes. 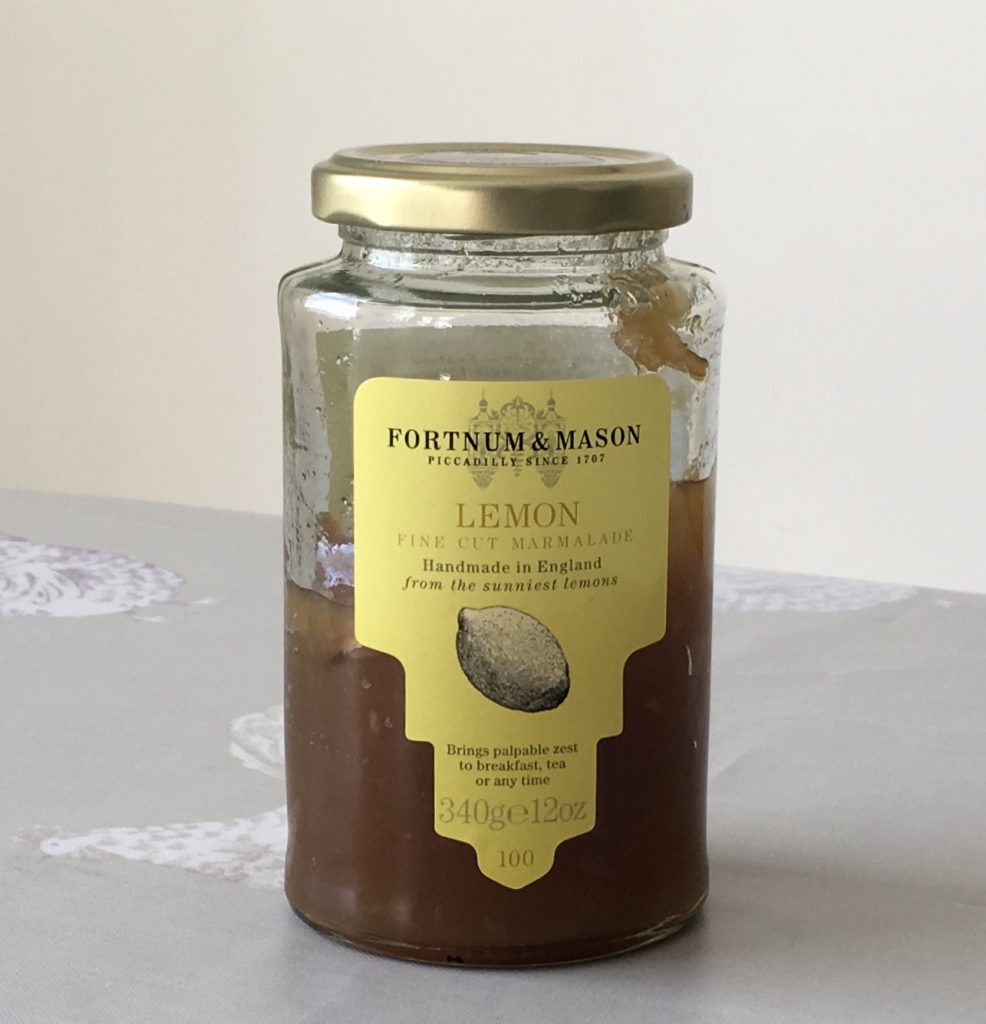 The other lemon elements came from lemon juice and lemon oil. The recipe is one I use all the time and the idea is to substitute whatever jam there is to hand. Previously I have made pineapple and cinnamon muffins and other muffins/ cupcakes along the same line. However today I used the Thermomix which made the weighing, beating and cleaning all much easier.

I also used some President brand spreadable butter which is a mix of butter and cream. It does not soften out of the fridge as quickly as Lurpak brand spreadable butter, so I had left mine out overnight. In a cold kitchen this came up to the right temperature to use straight from the tub. The lemon marmalade was from Fortnum and Mason, which was quite firm in texture. Other brands might be of a softer texture but will still be ok to use in the recipe. 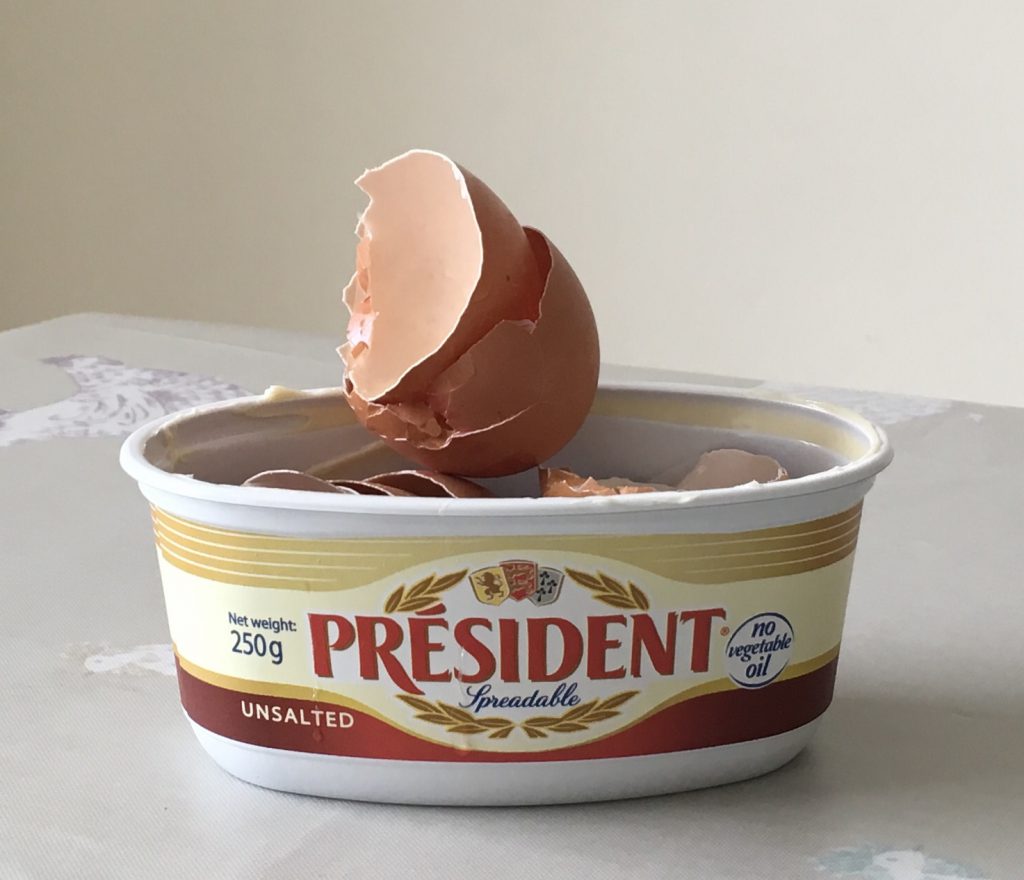 You will also need 2 x 6-hole muffin trays or 1 x 12-home muffin tray, lined with paper cases. To be honest I am not sure why I decided to call the recipe lemon cupcakes instead of lemon muffins, but it is late now and I don’t want to start changing names… 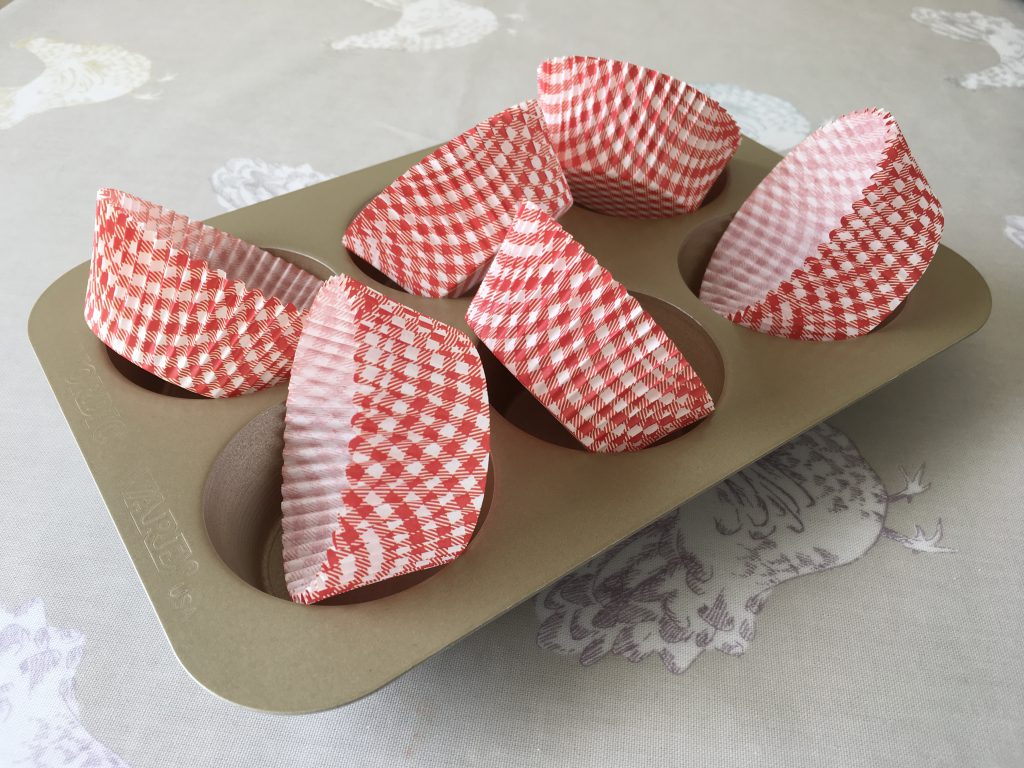 How to Make (Thermomix):

Scrape down the sides and mix another 15 seconds/ speed 5.

Check the batter to see if all the ingredients have come together. Scrape down the sides and mix another 10 – 20 seconds/ speed 5 if necessary.

Bake in the oven for around 28 minutes (for an explanation see the comment at the end of the pineapple and cinnamon muffin recipe). 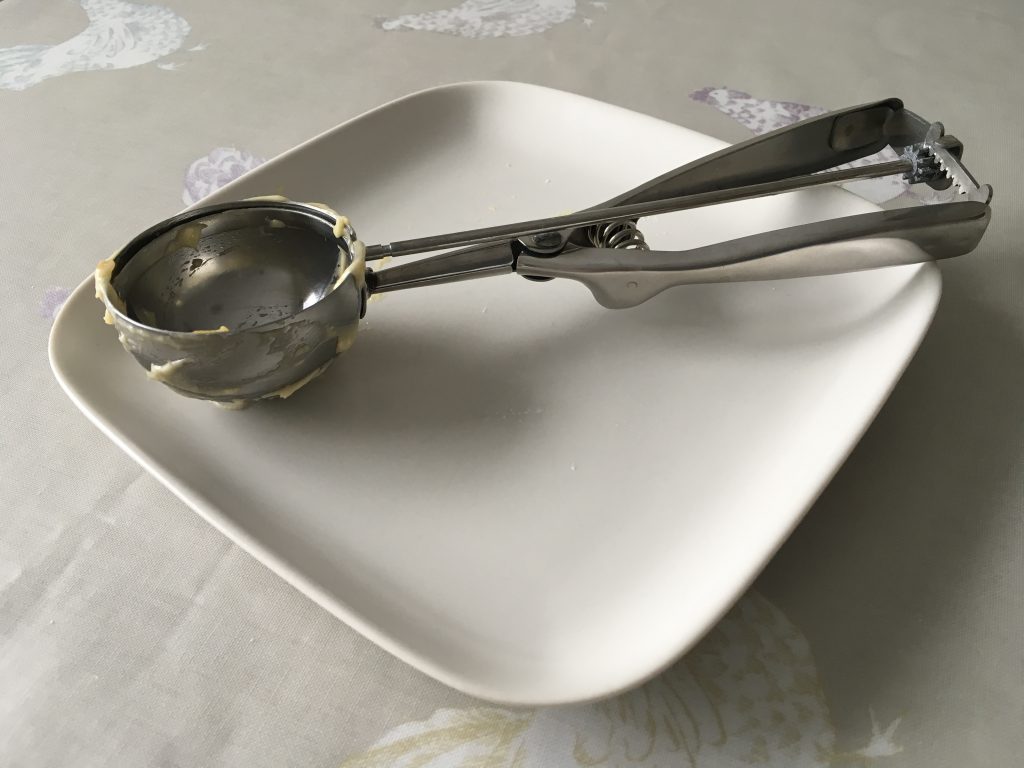 How to Make (conventional way):

In a large mixing bowl, whisk together the butter and sugar until the mixture is light and airy.

Whisk again until all the ingredients are incorporated and the mixture forms a homogeneous batter.

Bake in the oven for around 28 minutes. 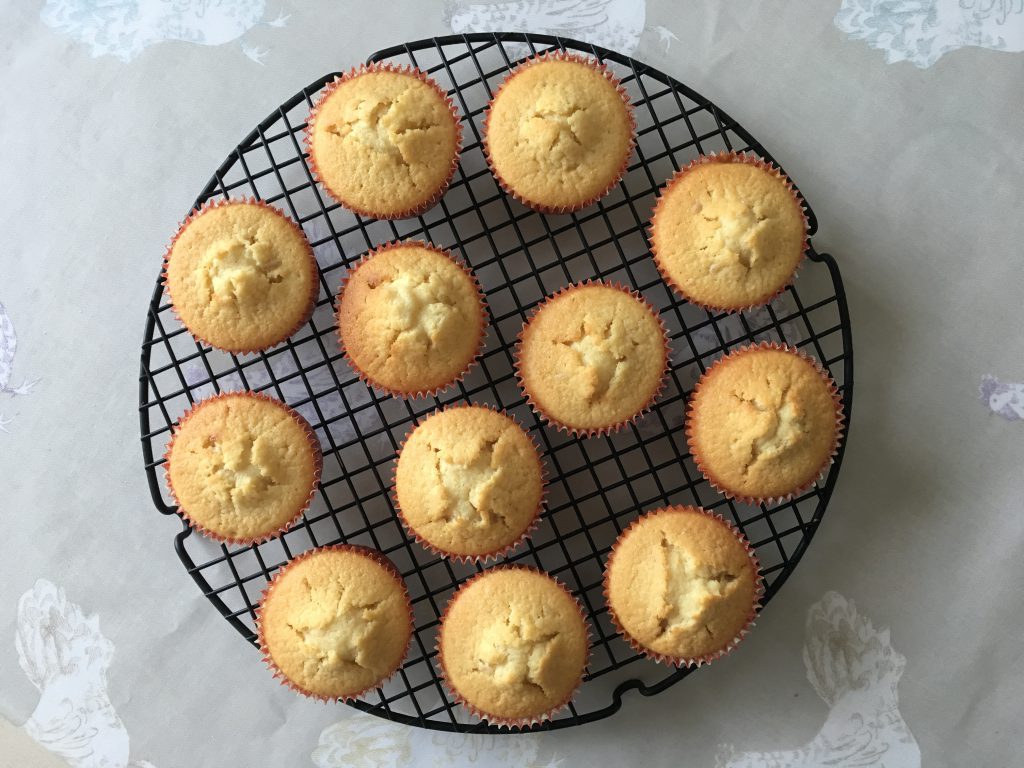 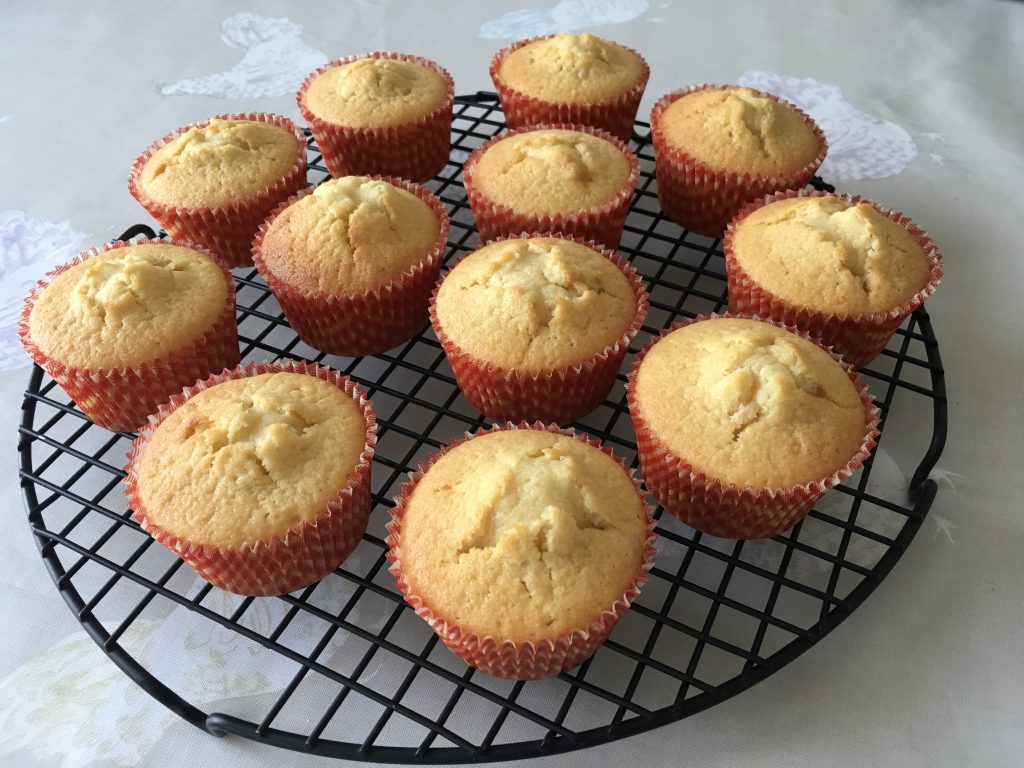 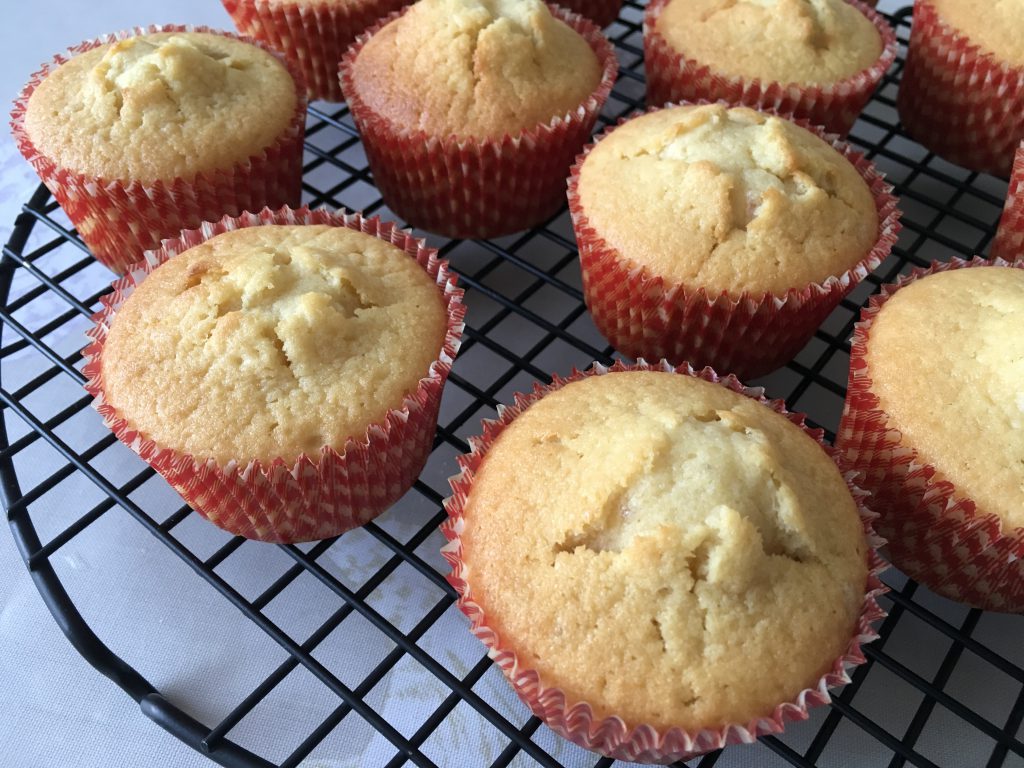 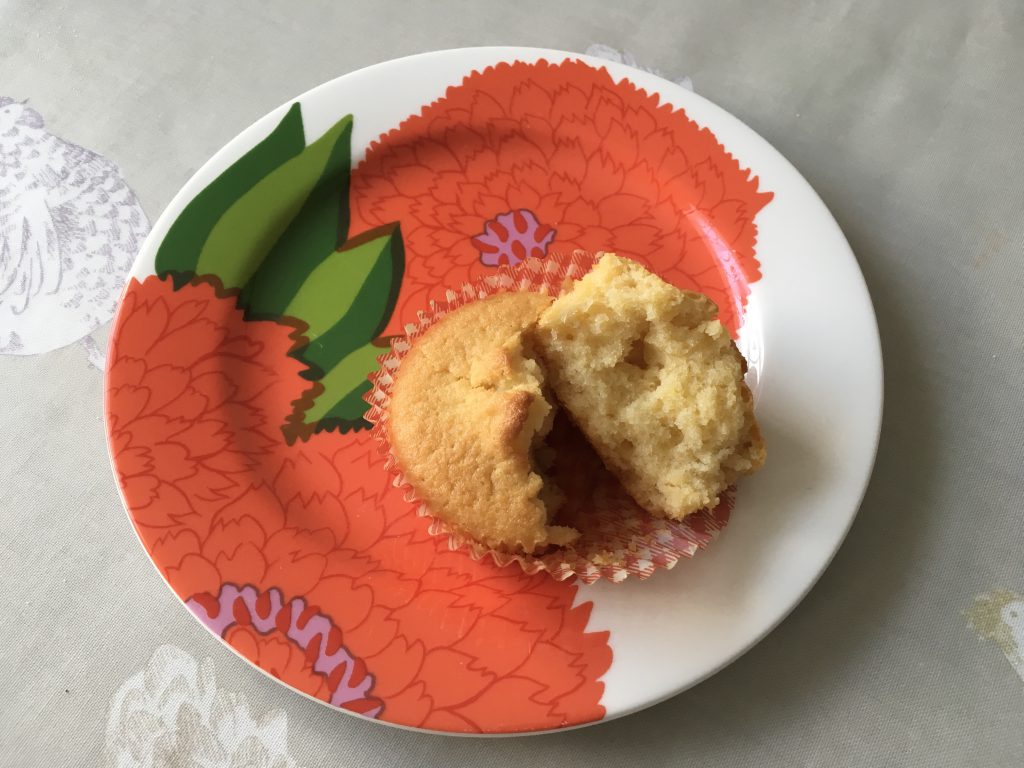 We have had some Chinese New Year dinners too and the next post will be of our 2018 yee sang platter.