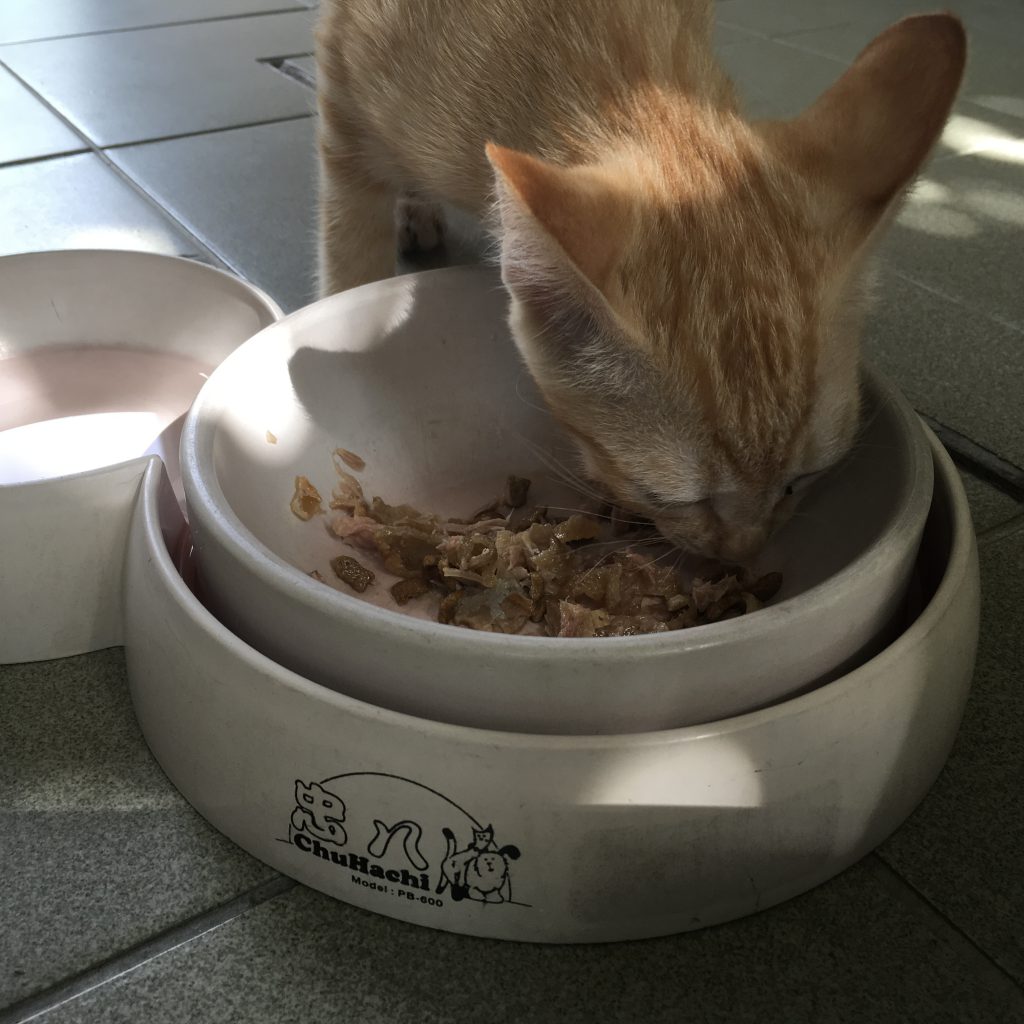 It never rains but it pours, as the saying goes. A roundup of the days towards the end of my KL trip.

Normally my mother goes to the wet market on Sundays but she isn’t here so I make a start on making some curry paste instead. The idea is to bring the paste back to London.

The curry paste has been 30 years in the making and has been a kind of personal holy grail for me. I love chicken curry and I especially love the one my mum used to make. Unfortunately over the years she has not quite kept up with the cooking and also, I realised that the paste was put together by the spice vendor in the wet market, who had all the fresh spices ready-ground. You simply said what you wanted to cook and the right blend of curry paste would be packaged for you.

Almost no one makes their own curry paste anymore, instead they rely on factory-made pastes easily available in the supermarket. I have tried using many of these pastes but nothing matches the fantasy chicken curry paste I have in my head.

Having spent a lot of time on this, I think I now have the perfect curry paste and in trying it out on friends and family, they have given it two thumbs up. So I make up batch after batch in the Thermomix since the raw ingredients are much cheaper here. Also, I also have help for the thankless task of peeling the onions, garlic, ginger, galangal, fresh turmeric and especially deseeding the dried chillies. 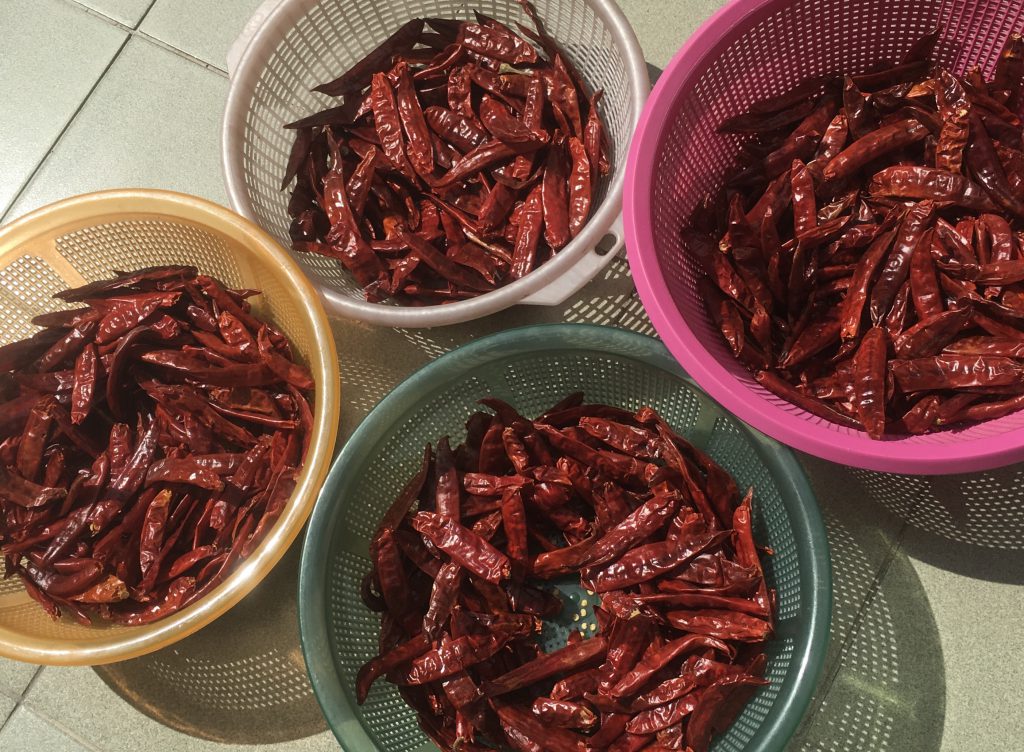 In the end there are nine bottles of the paste…enough chicken curry for Thanksgiving, Hanukah, Christmas, English New Year, Chinese New Year and maybe some Korean festivals too. KL Sister is also happy that I am relieving her of some used bottles. 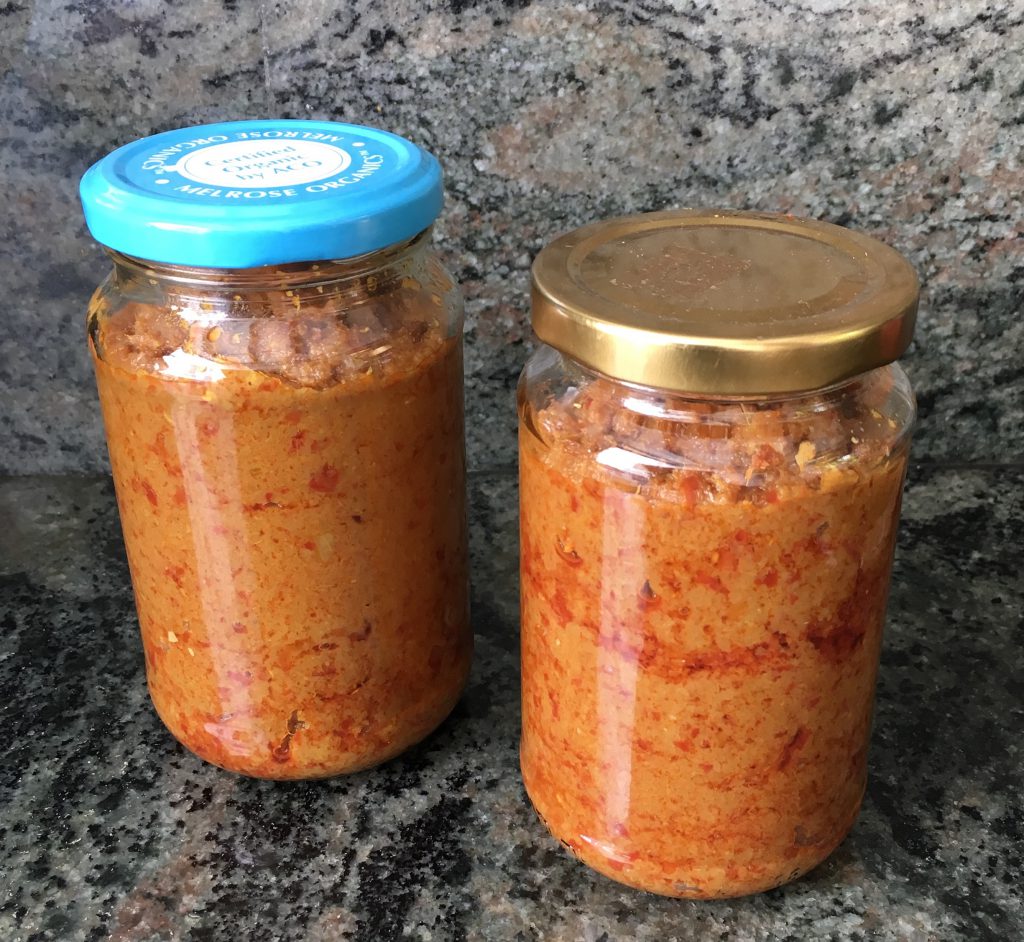 I could not believe how many times KL Sister gasped whilst watching Kingsman: The Golden Circle.

I thought she had had enough of gasping or of being shocked, as the day had started with a van crashing into the back of her Honda, causing enough damage to warrant the car needing new parts and taking two weeks to repair. The rest of the day was spent with the police, the insurers, the workshop and cancelling appointments.

I spent an equally difficult day with my dad whose head was all over the place because a) he had a lunch to attend and b) his car battery had run flat. In typical fashion he asked that I organise the technician to look into it and then proceeded to a) write to the technician saying that I (his daughter) would call and arrange for the battery to be changed and b) writing to me, giving the name of the technician and his number.

WhatsApp, I love you, but sometimes I don’t. It doesn’t occur to my dad that by the time he has written these notes he might as well have called the service people himself. Delegation has its limits before it breeds resentment.

As KL Sister is occupied I take over the afternoon chores and reorganise where necessary.

Exhausted after such a tiresome day KL Sister and I cooked dinner together, each cooking what we know can work fast. So I cooked jap chae (the Korean noodle dish made with dang myeon, sweet potato noodles) and a seaweed salad. She cooked an aubergine and a tofu dish in the Thermomix.

We ran out of the house to catch the 8.45pm screening. In the few spare minutes before the film started I popped into the Japanese snack shop next to the cinema which was an Aladdin’s cave of interesting things to bite, chew, slurp and crunch. I settled for a Hokkaido milk ice cream which consisted of milk ice cream sandwiched in between two waffles.

KL Sister asked about the ice cream and I said it was great. In all my life I had never eaten ice cream in between waffles. She said what was it that I did in London all the time? I said: take tubes (London Underground).

She said: why do you live in London when you complain about the cold? Here, you can even shower at midnight. 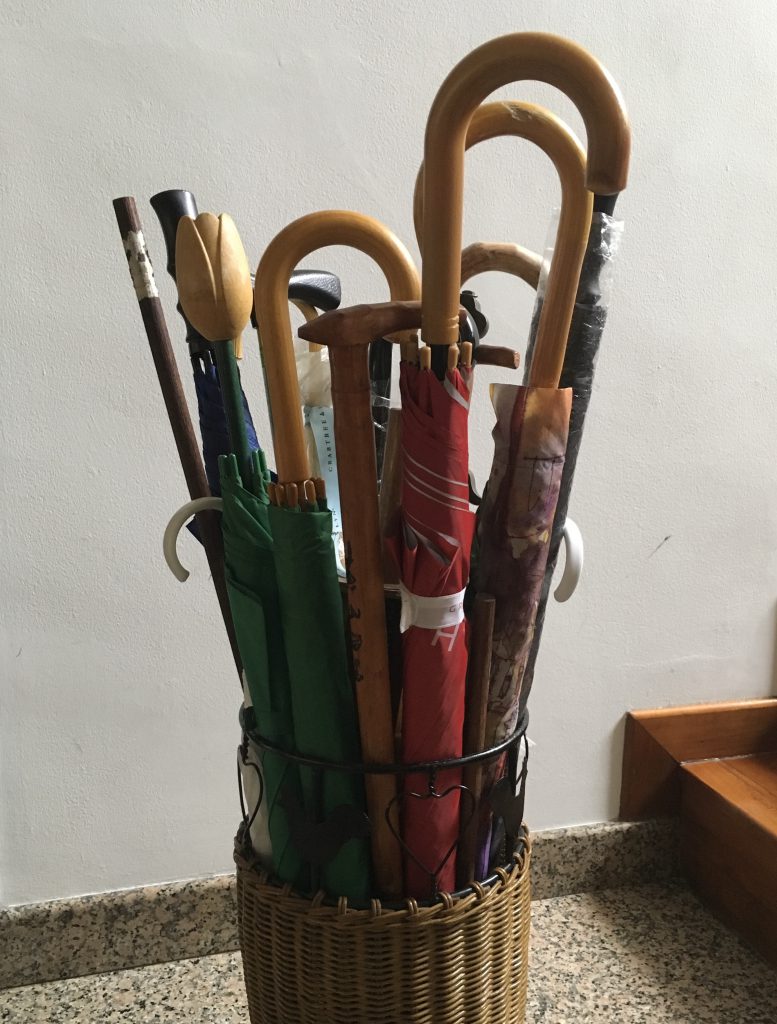 Just as I was about to head out to dinner with my dad, KL Sister says there’s an emergency and we need to take our former maid to the hospital. Our ex-maid was always very wilful and even at 84 she can give the carers at the care home some grief. Due to an incident in the bathroom she fell and knocked her head. She threw up and is complaining of dizziness. I had to tell my dad that he was to attend dinner with his Singaporean friends on his own, and he was not happy about this.

Ex-maid doesn’t remember KL Sister and me anymore. She knows her head hurts and that we have come to bring her to see the doctor. Who am I and who is the driver? What are our names? She insists on knowing. Since my birthday is in June I say my name is June. It gets tricky with KL Sister as Jan doesn’t quite work so in the end I say she is called Janny (like Jenny).

For every official registration in Malaysia you have to present your identification card. KL Sister carries ex-maid’s card around with her all the time. I said to KL Sister: you ought to make a photocopy of the card for me in case it’s down to me to register her when you are not around. KL Sister bursts out laughing: which IC do you want? Number 1, number 2 or number 3? In colour, colour or colour?

I had forgotten that ex-maid was not only a kleptomaniac but a hoarder, as I discovered when I cleared out her room last July. She had multiples of everything, even identification cards. Goodness knows how many times she must have registered her card lost and gotten a replacement.

By the time the consultations and CT Scan are over and ex-maid returned to the care home, it is past 9.30pm. We drive around and at this hour, there are not that many places, outside of hotel 24-hour coffeeshops, that are still open. We manage to get some fried rice and Hokkien noodles. 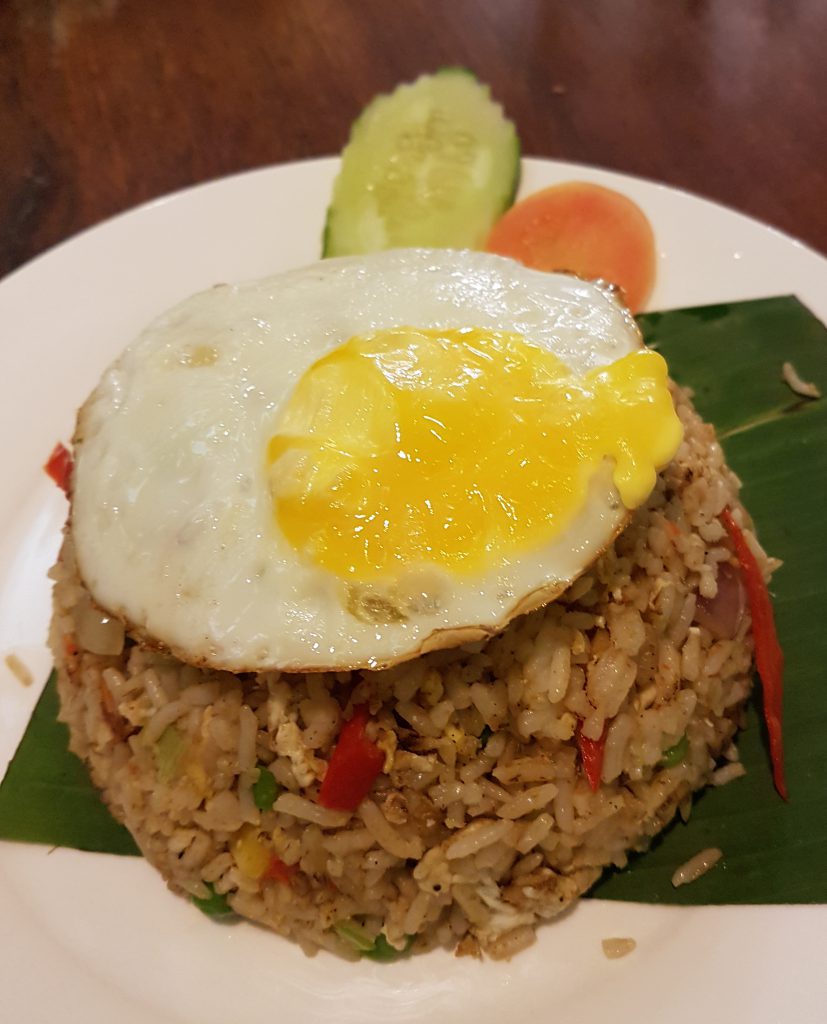 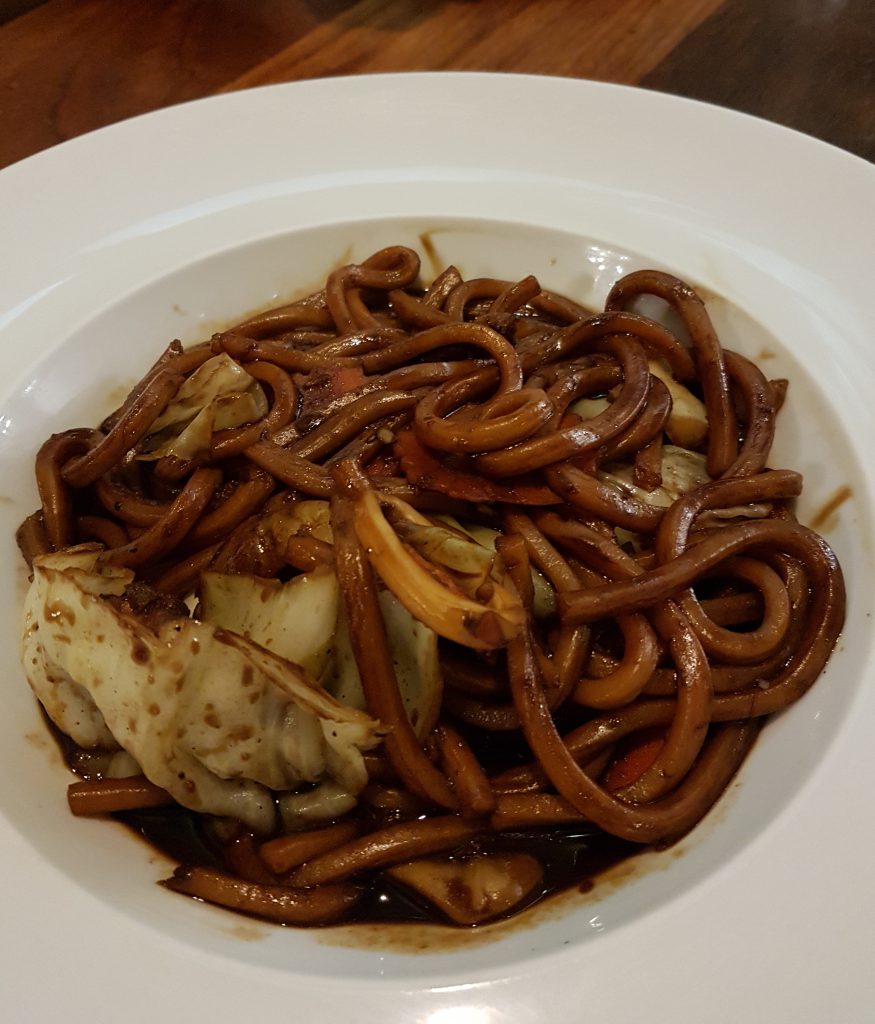 Through God’s marvellous oversight and provision, disaster at dinner was averted when my father bumped into Ampang Cousin as they entered the restaurant at the same time. Though they had dinner separately my cousin then went to greet the Singaporean friends and they discovered that their parents were teachers in the same school together. Ampang Cousin’s dad is now 103 years old so you can imagine the length of their shared family history.

So my dad came home very happy but I still cannot shake off the sad fact that for the most of our lives, my sisters and I have lived lives carefully in order not to upset him. To be worried about his happiness when there is an 84 year old person needing to go to hospital is utterly ridiculous. Why didn’t we put our foot down earlier and is it too late? These are the questions I ask God as I fall asleep tonight.