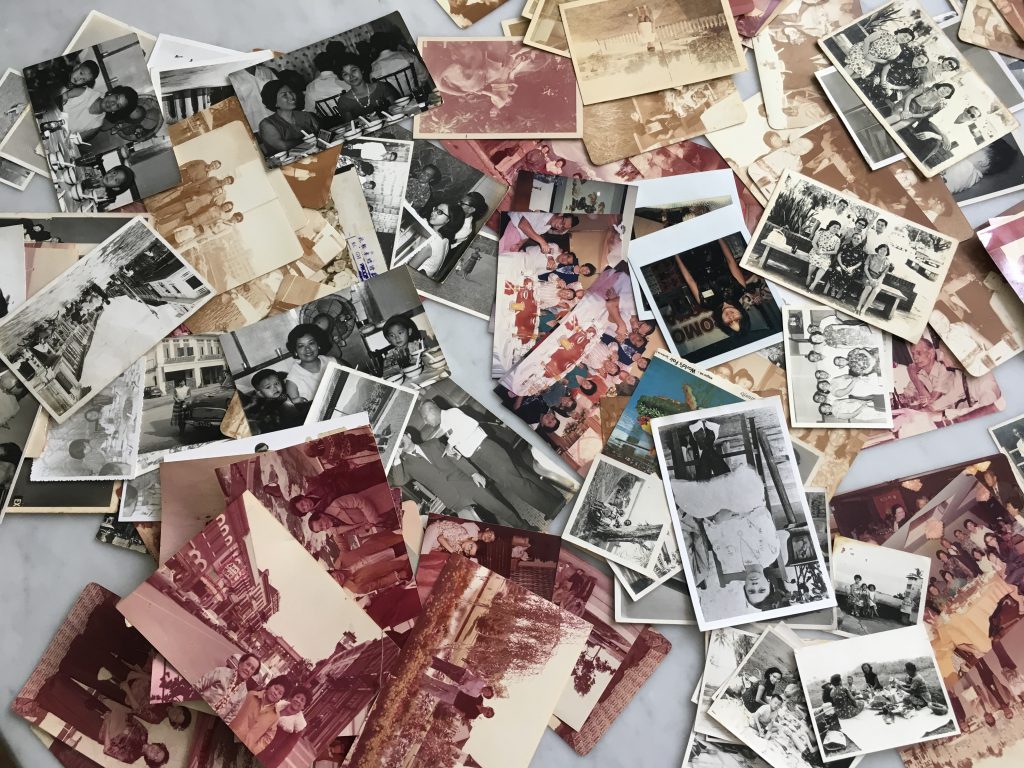 For the past three days I have had a rare glimpse of the future by looking at the past.

Note: I am taking a break from writing about Boston and will continue when I am back in London. Uploading the photos has been a pain but I have been kept busy with photos of a different kind.

So, I have seen a glimpse of the future. I haven’t been to any fortune teller or consulted any oracle, as I don’t believe in such things.

What happened was that I went to my grandmother’s old shophouse to clear some water-damaged books, and in the process I found 15 albums which contained some very old photographs of our extended family. Some of the albums were water-damaged too but the surviving photos were in quite good condition. 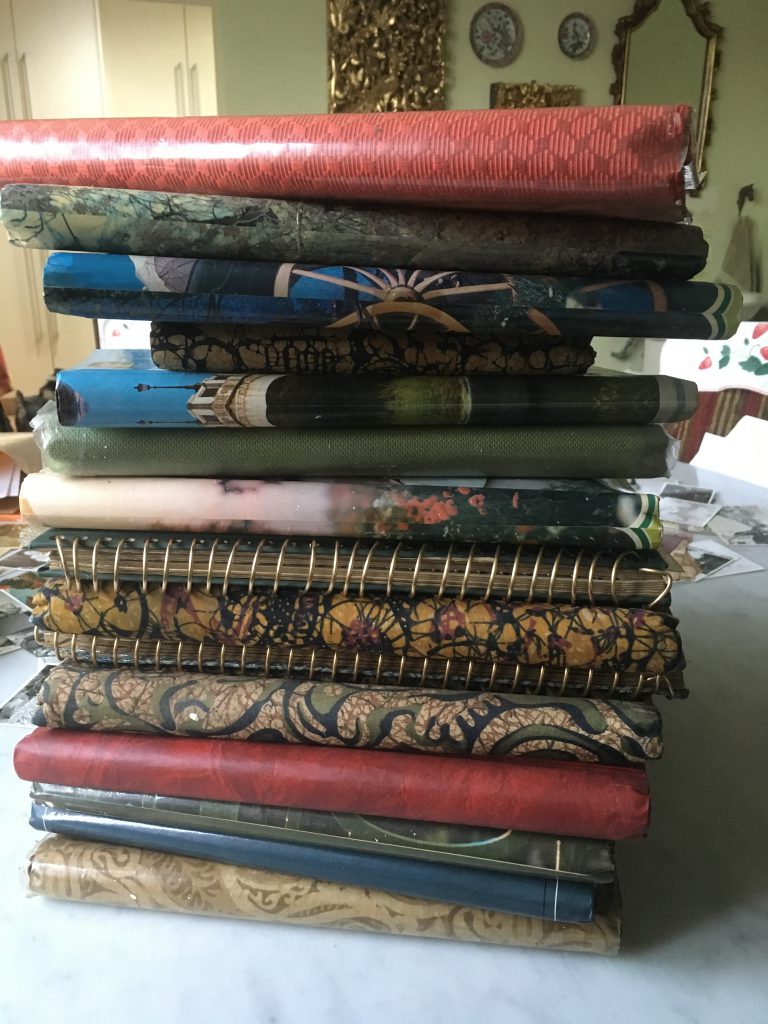 Grandmother with her five sons 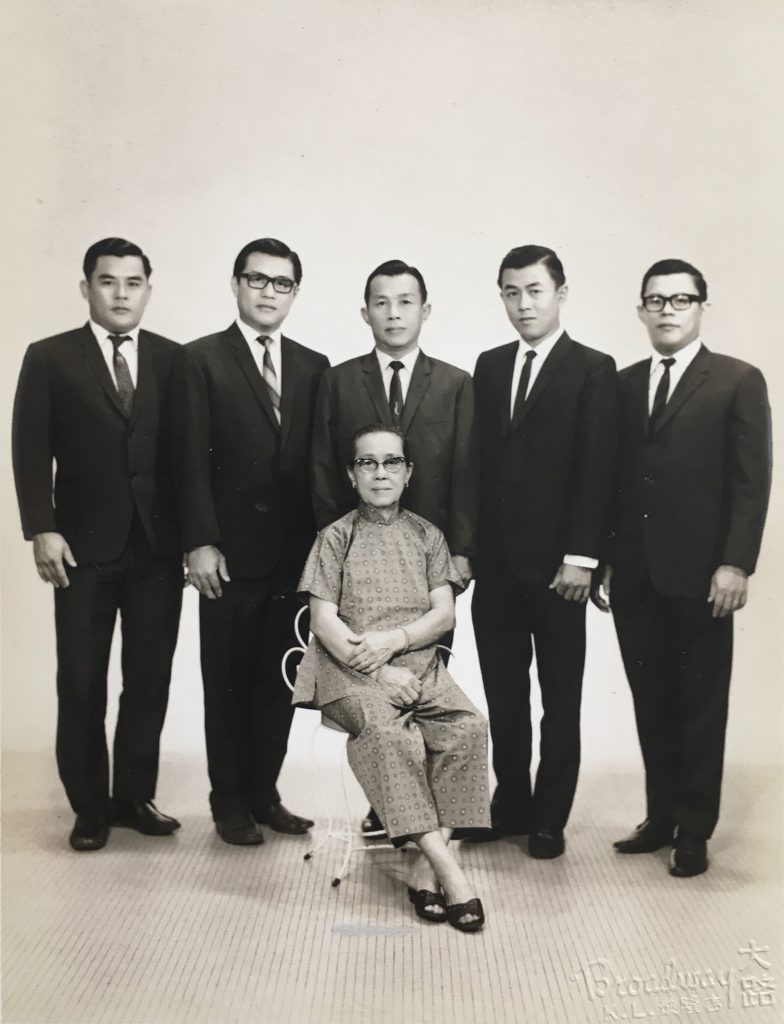 Grandmother with her older five daughters 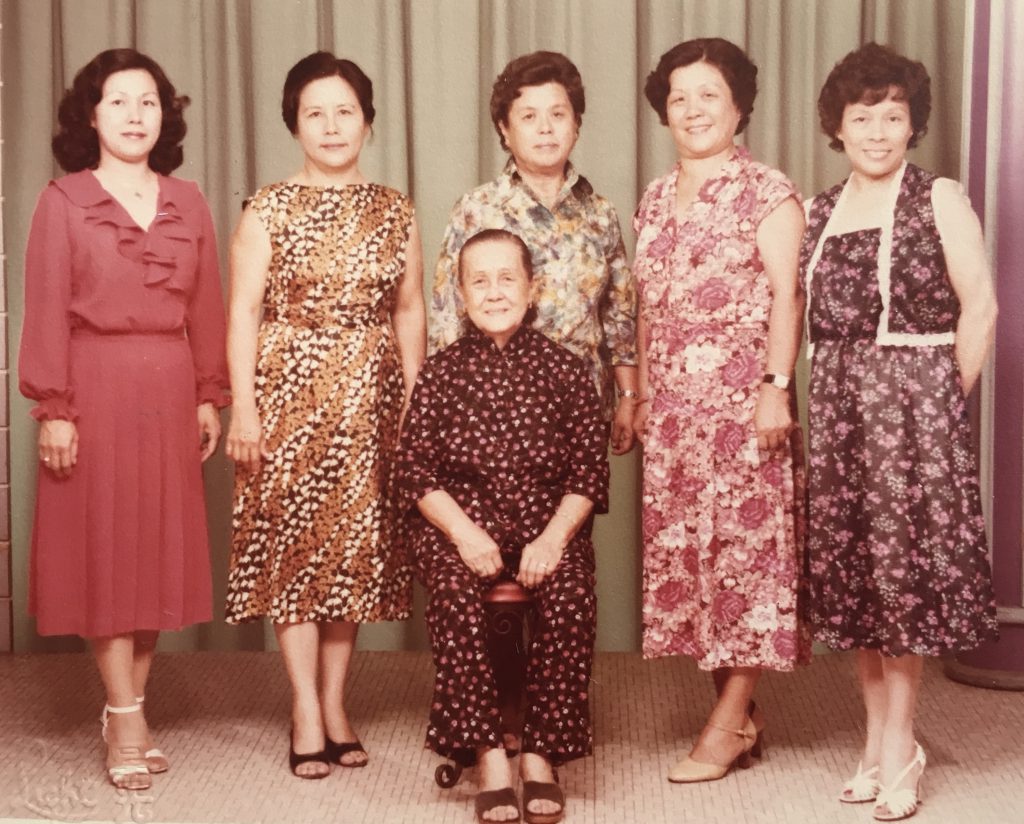 Grandmother with her youngest daughter 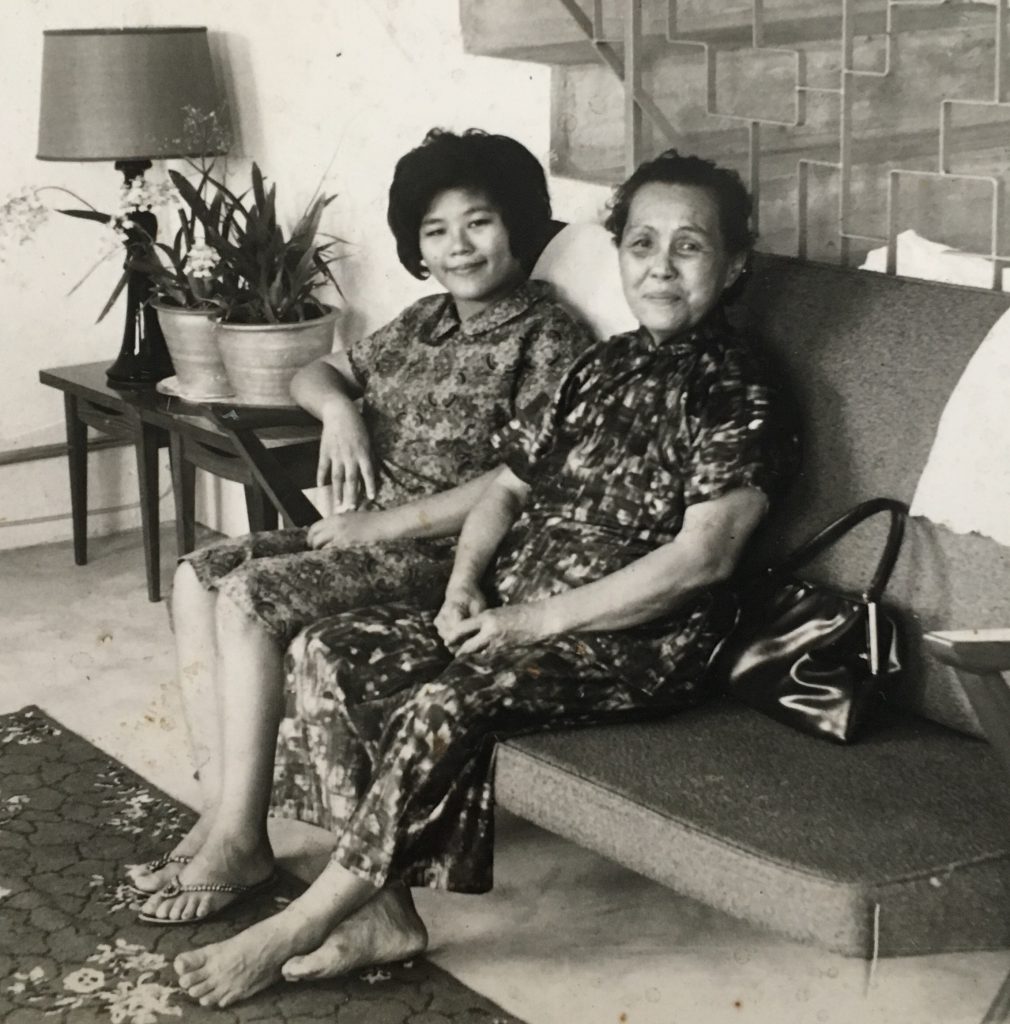 As my uncles and aunties grew up and had their own families (everyone of the 11 children were married) some of them moved away. Three moved to Canada: two to Vancouver and one to Ontario. One moved to Johore, one to Singapore, one to Sabah and the rest were scattered around Kuala Lumpur.

Grandmother lived independently in the shophouse and to maintain contact with her, the children and grandchildren would write to her and send photos.

These photos had a special pride of place in grandmother’s life. She ran a catering furniture rental business and wanted to boast about her large family. The best way to do this was to display the photos. So in typical grandmother style (think BIG) she commissioned a large piece of glass to fit on top of the table where she conducted her business. She placed the photos underneath the glass.

In those days, business was done face-to-face and in triplicate: I often helped during my school holidays and one job was to write out rental contracts. I had to press hard on the first sheet with a ball-point pen so that the writing could go through carbon paper on to the customer and delivery sheets underneath.

The customer had to sign the top sheet, to agree to pay, and it was when this was being done that they would notice the photos and ask grandmother who this was and who that was. She had a grand time talking about her talented family.

In order to get your photo into the table-frame, and thus secure some honour and a special mention, you had to make sure you presented yourself well. My parents, my uncles and aunties, all wanted their own family pictures to take pride of place and therefore all sent grandmother their best pictures.

Photos of your special birthday, graduation, wedding, first suit, first baby, first car, accepting an award at school or a promotion at work, playing a musical instrument, visiting an exotic destination, appearing in a news article…all these things would do.

Grandmother had unwittingly invented the Facebook of the day and each one of us hoped that our picture would gain as many Likes as possible.

Eventually the table-frame ran out of space and I guess this is where the photo albums came in. In looking through these, I realized that grandmother was always surrounded by her large family and there was always a big party going on.

My grandmother really knew how to throw a party, limited resources notwithstanding. In one photograph where she was cutting into her 61st birthday cake, there were three bottles of brandy on stand-by and not one but two whole roasted pigs. 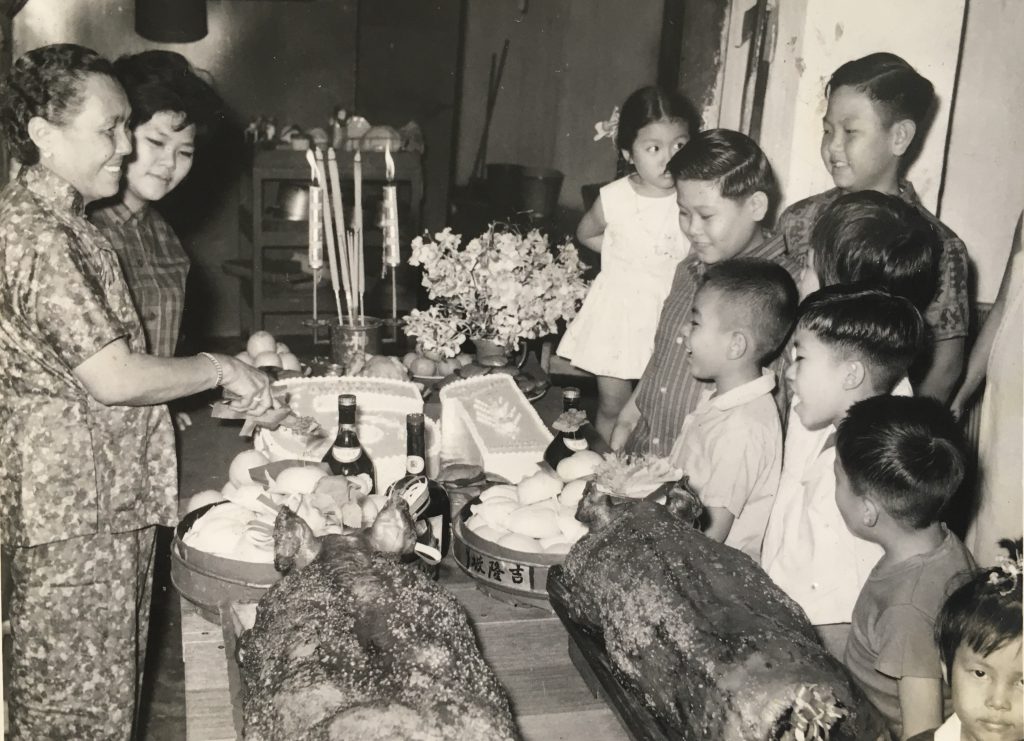 In the photo showing her 71st birthday there is a huge cake, an assortment of fruits, breads and another big, fat roasted pig. A little later she wields a Chinese chopper (cleaver) and cuts down and into the pig, her grandchildren looking on in fascination. I am surprised, though, that there is only one surgeon in the family. There are no butchers.

Who needs Masterchef when we have live action? 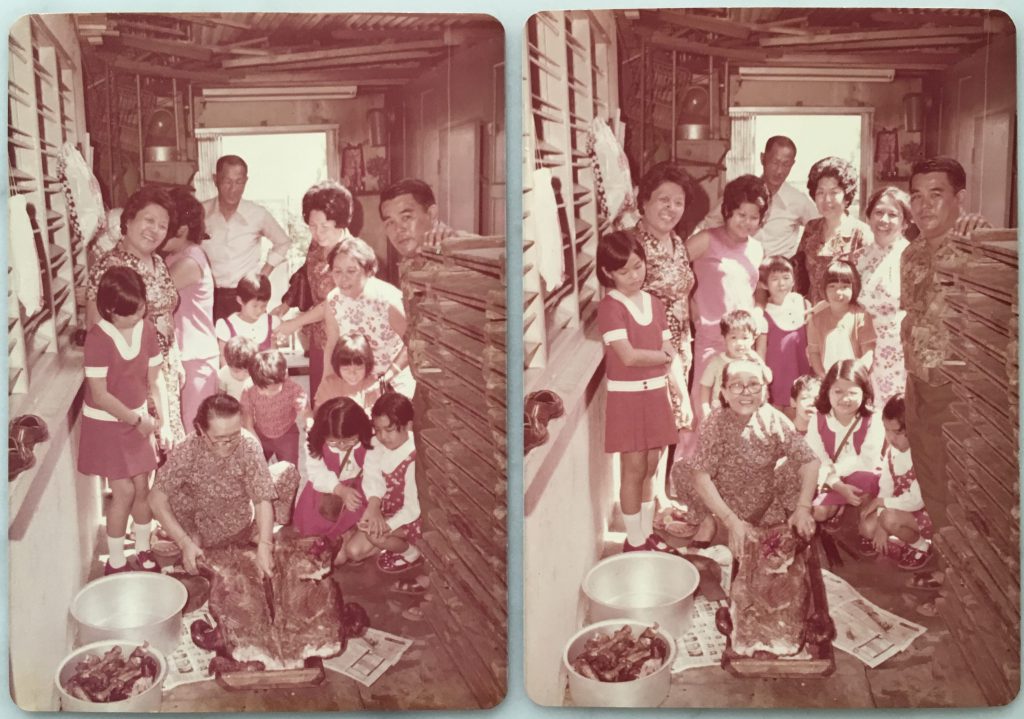 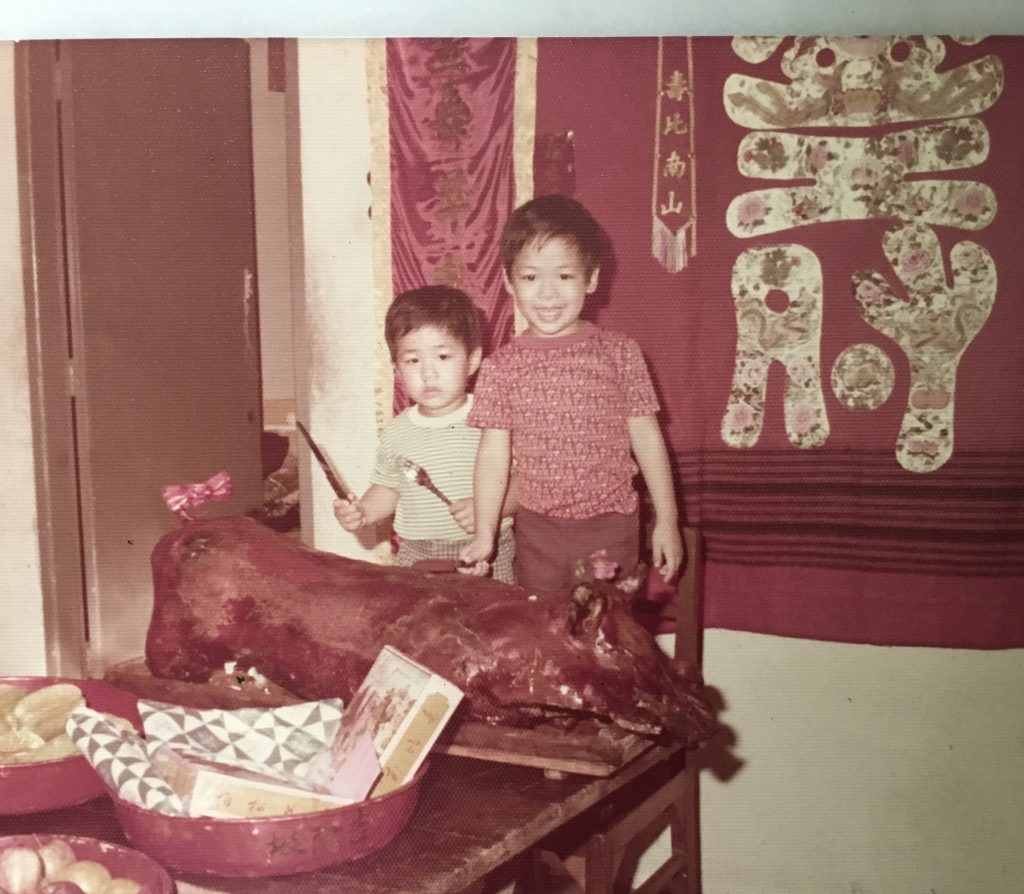 For me and my cousins, the shophouse represented a kind of happiness that comes from belonging to a large extended family. Each year we would all gather for Chinese New Year and other big celebrations. We still talk about our gatherings there. We still aim to make our own family celebrations as generous and as happy as those times. 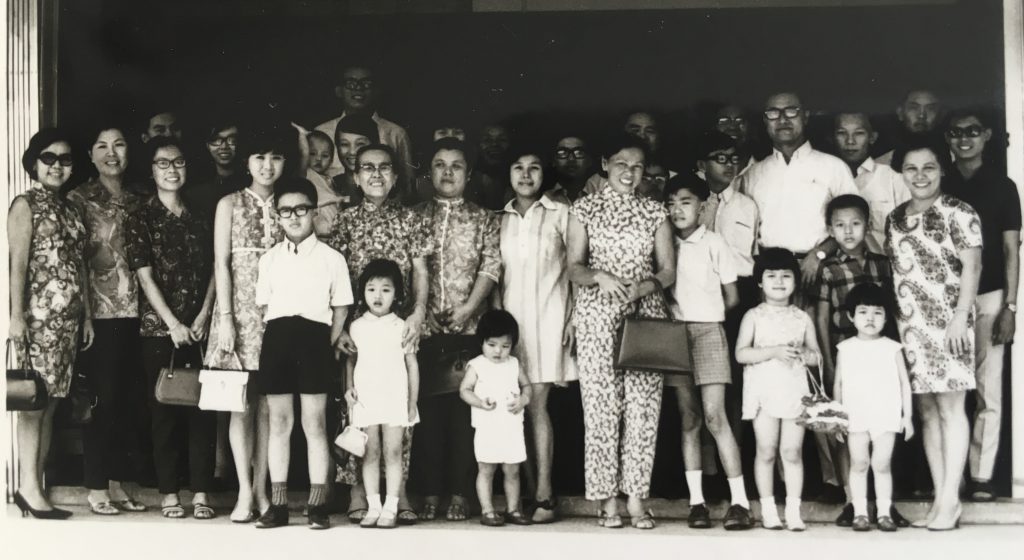 Any occasion could be turned into a family gathering. When an auntie and her family left to emigrate to Vancouver, the family gave them a send-off at the airport.

So where does the future fit in? For a long time I have been weighed down by what to do with my own photo albums. I have many printed photos dating from 1984, which is when I arrived in England. From the 1990s onwards there are many pictures of the children from when they were babies, at school and on family holidays. Some of the photos are in albums but the majority are still in the envelopes they were returned in after being developed.

We moved to slides for a while and then in the last 10 years or so, all our photos have been taken and stored digitally.

Each time I look in the cupboard where the photo albums and prints are kept, I get a slight panic attack. Initially, when I started this project, I stored the negatives in a parallel album and labeled them individually so we could trace the dates and event. It got to the point where I just could not manage the process anymore and gave up.

The past three days have given me a valuable insight into what will be important for my children and any of their children. They wouldn’t be interested in minor details as they will be rolling round the floor and laughing at my old-fashioned pose, clothes, shoes, hairstyle, spectacles, car, furnishings. Everything would look old to them. Some things they would have never used, like a telephone.

What I want them to see is the happiness in the photos, the birthday cakes, the toys they cherished, the places we visited, the family gatherings. I want them to know that they have each other, they have their cousins and that they belong to a very large extended family that they can connect to. But in order to do so, that same principle of grandmother’s table-frame still applies: they have to excel in whatever field they are in.

You see, Grandmother was widowed at a young age and the family was very poor. Despite that, she worked hard and managed to raise all her children well. What mattered to her, and I can see this in the hundreds and hundreds of photos I have been sifting through, was that everyone had an honest job, that they presented themselves well and most importantly, that they enjoyed plenty of food and drink when they got together. One other thing: don’t ever sulk at a family gathering.

So when I get back to London and face my old nemesis the photo album cupboard, I am dumping all the negatives and sorting out the remaining photos into three piles: our family, my extended family and other people. Pictures of trees, lakes, cows, clouds, windmills…they are all going to be binned.

In my grandmother’s shophouse I found a photo dated 24 December 1974 (the rough proof is below) which was I think the second last time the family managed to gather for one big photo. There is one after this, dated possibly around 1976. 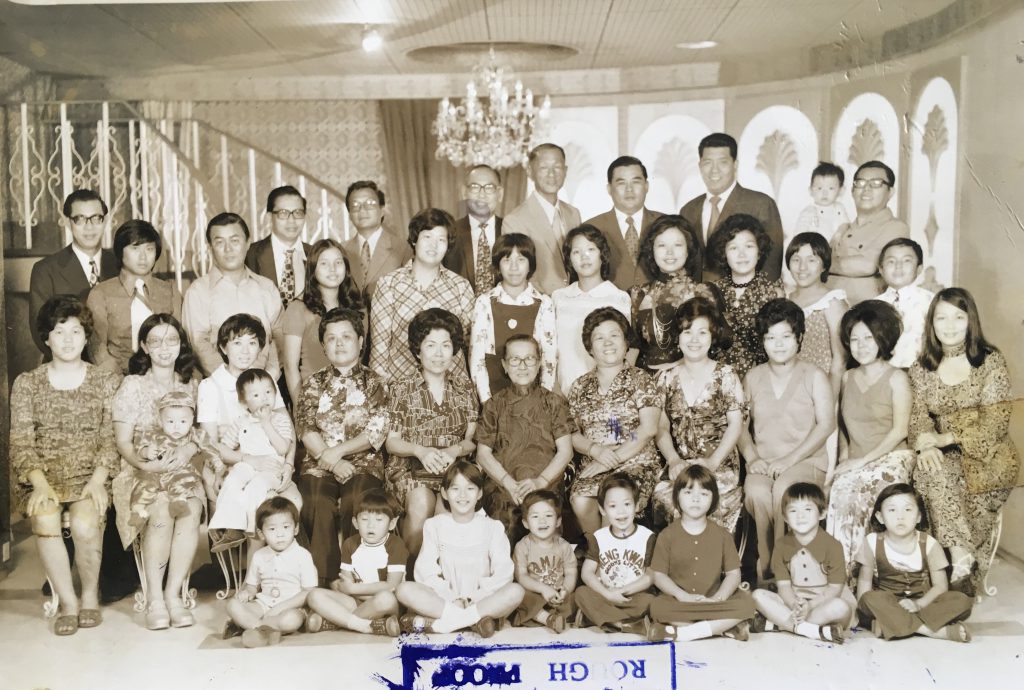 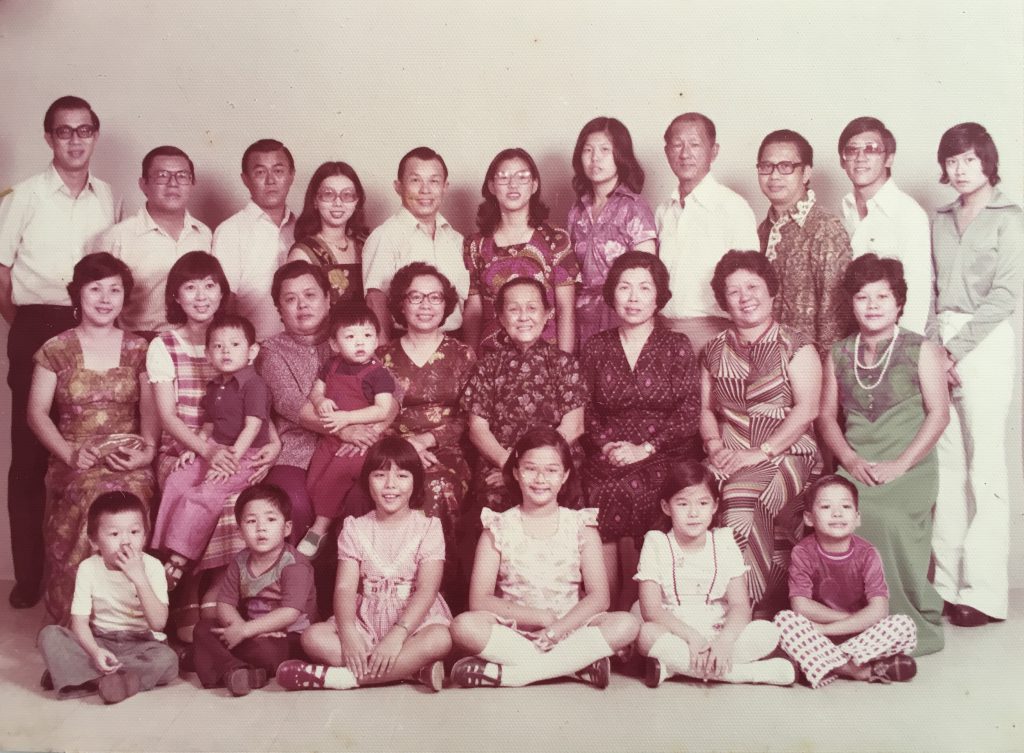 43 years after that photo was taken I realise that one good photo can still bring back a thousand treasured memories. I am now not going to lose any sleep over chronology, exact names of places and the kind of minor details which I thought would be important. They won’t be important to anyone finding the photos in the future.

My grandmother passed away in August 1984 and with each subsequent year, fewer and fewer of us gather at the old shophouse for Chinese New Year. One final thing I realised: it wasn’t the shophouse that provided such happy memories but grandmother the people in it. As such it is a folly to attach too much importance to a physical building.

This Chinese New Year, a few of my cousins and I met in our London townhouse and most recently, Hong Kong Cousin, Boston Cousin and I met up in Boston. The spirit of grandmother lives on and she would be very pleased indeed that there is still always plenty to eat and drink when her family meet up with each other.

Tomorrow I head North to meet another auntie and cousin in Ipoh. I will share the photos with them, catch up with family news and of course, aim to eat a lot.