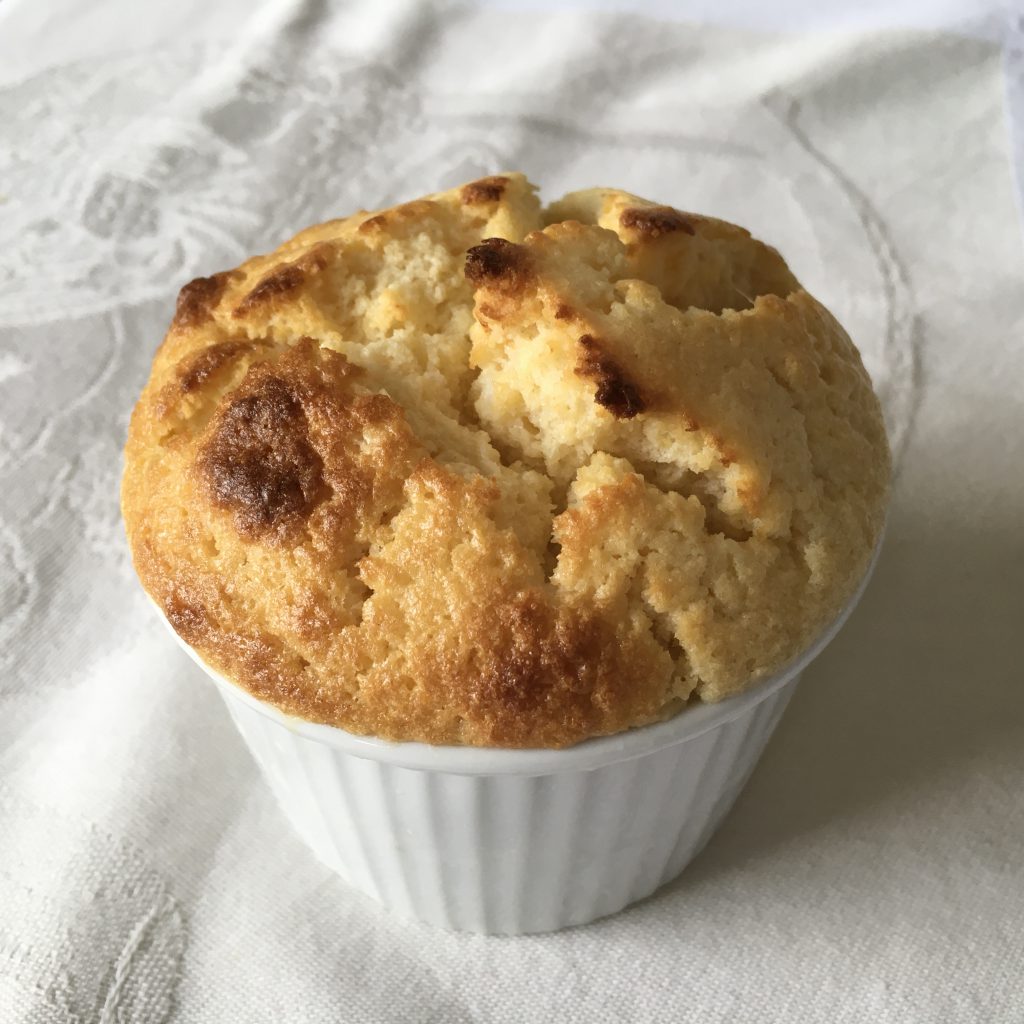 I cannot think of a more retro dessert than this. I first made when I was at university but have not made it for at least 20 years. I don’t even know why I thought of it. Searching all my cake books did not throw up any recipe.

This was a beginning of a wild goose chase.

I called up my mother-in-law and asked her to look in Delia Smith’s cake book for the ‘lemon surprise pudding’. She said it was not a Delia recipe but from a milk marketing cookbook. I then remembered I had such a book but, deeming it slightly old-fashioned, had given it away ages ago. M-i-l offered a recipe from James Martin, Delia has one using three types of citrus fruits and the New York Times call theirs a lemon pudding cake.

The thing is, in my mind there is this perfect recipe where the sloppy mixture was poured into a Pyrex bowl, placed in a bain-marie, popped into the oven and some time later a cake with its in-built lemon custard appeared. It was a genius dessert which was fool-proof and very cheap to make, so important when you are a student. Its simplicity belies the delight it provides when your guests discover there is a layer of custard at the bottom of the cake

After considering and comparing half a dozen recipes, all with wildly differing quantities of flour, sugar and milk, I decided to return to basics. That is to say, I simply used a standard sponge cake recipe (equal weights of butter, sugar, eggs and flour) then added sufficient egg, sugar and milk to make a custard. The amount of lemon juice was adjusted to how sharp I wanted the custard to taste.

The idea was that despite being so mixed up, the ingredients will bond each to their own when baked, somehow making a cake and a custard at the same time. Well, it worked very well indeed. Everyone was delighted with my made-up attempt, especially Junior 3 who asked for cream to go with the cake and then was told it came with its own custard.

In the end I managed to track down the original recipe. Whilst I guessed all the measurements correctly, there was insufficient milk to make a decent amount of custard. The original recipe is at the end of this post, and my version which makes six individual portions is below.

I used individual ramekins from Pillivuyt which measure 8.5 x 5.5 cm and holds 150 ml of water 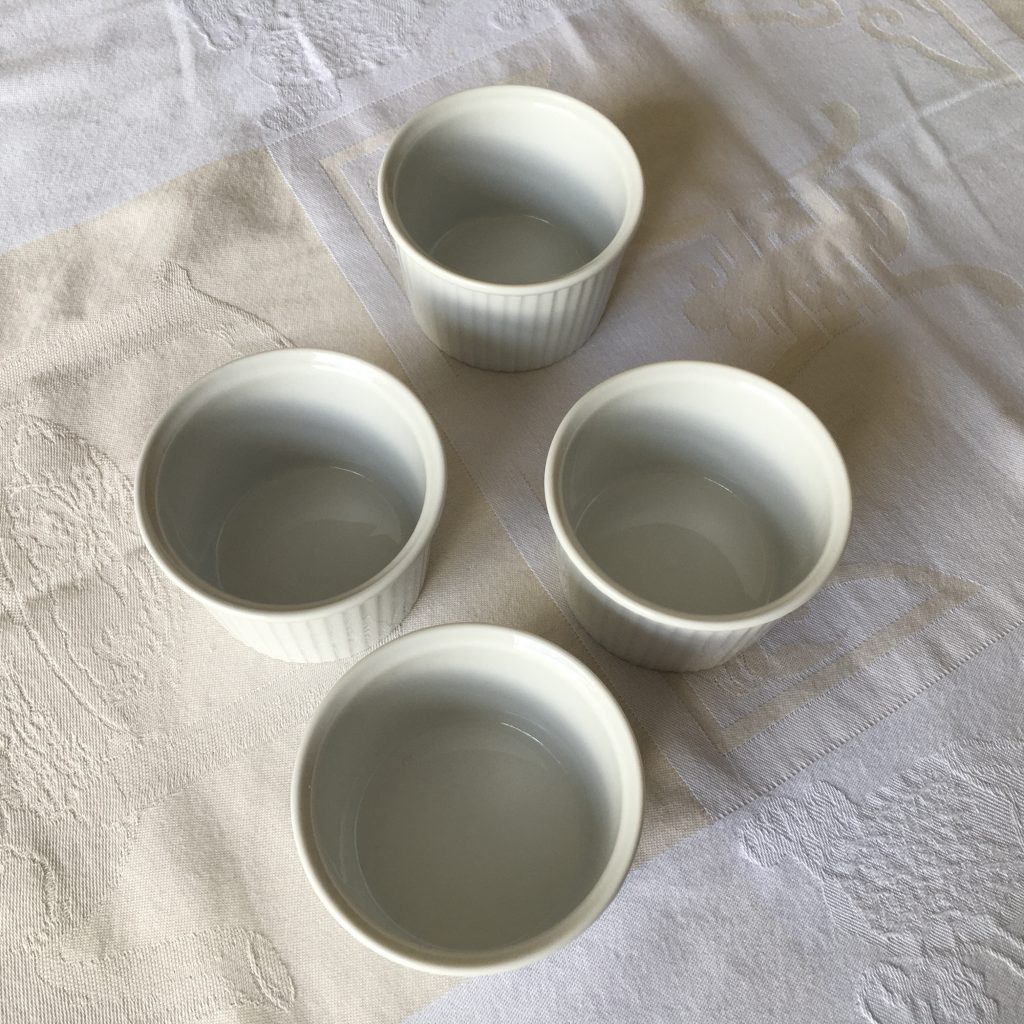 You will also need 6 small individual soufflé dishes/ ramekins and a deep baking tin. If baking this in one large soufflé or Pyrex dish, please increase the cooking time to 40 minutes. I used a hand-held electric mixer as a student and I used one to make these puddings, however a KitchenAid makes things so much easier to manage.

Grease the ramekins and place them in the baking tin.

Grate the lemon zest directly into the mixing bowl of a free-standing electric mixer (e.g. KitchenAid) fitted with the paddle attachment. Add the butter and sugar. Beat on a medium speed until it is lighter in texture.

Add the egg yolks and sift in the flour. Beat on a medium speed until the mixture looks like a paste.

With the mixer still running, slowly pour in the the lemon juice and milk. Mix everything together on a medium-low speed. The mixture will look slightly curdled. Leave this aside.

In a separate clean mixing bowl, whisk the egg whites until they form soft peaks. Use a silicone spatula to gently fold the egg whites into the egg yolk and flour mixture. The mixture will still look slightly curdled so don’t worry about this.

Divide the mixture between the prepared ramekins. Fill the tin with hot water until it reaches a third of the way up the sides of the ramekins.

Place the tin in the oven and bake for 30 minutes. The top of the pudding should look golden and firm.

Whilst you can bake this dessert a little ahead of time and serve it at room temperature, it is best served straight from the oven. That is what Mr Gochugaru wants me to tell everyone, because that is how he remembers it from our early days together. 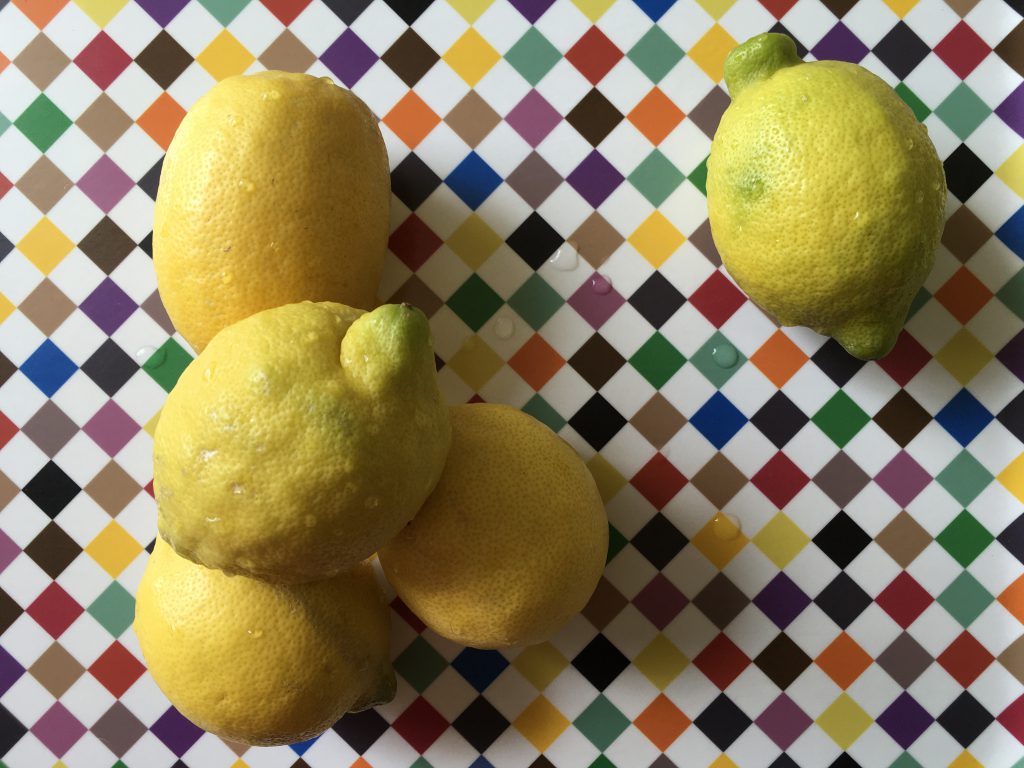 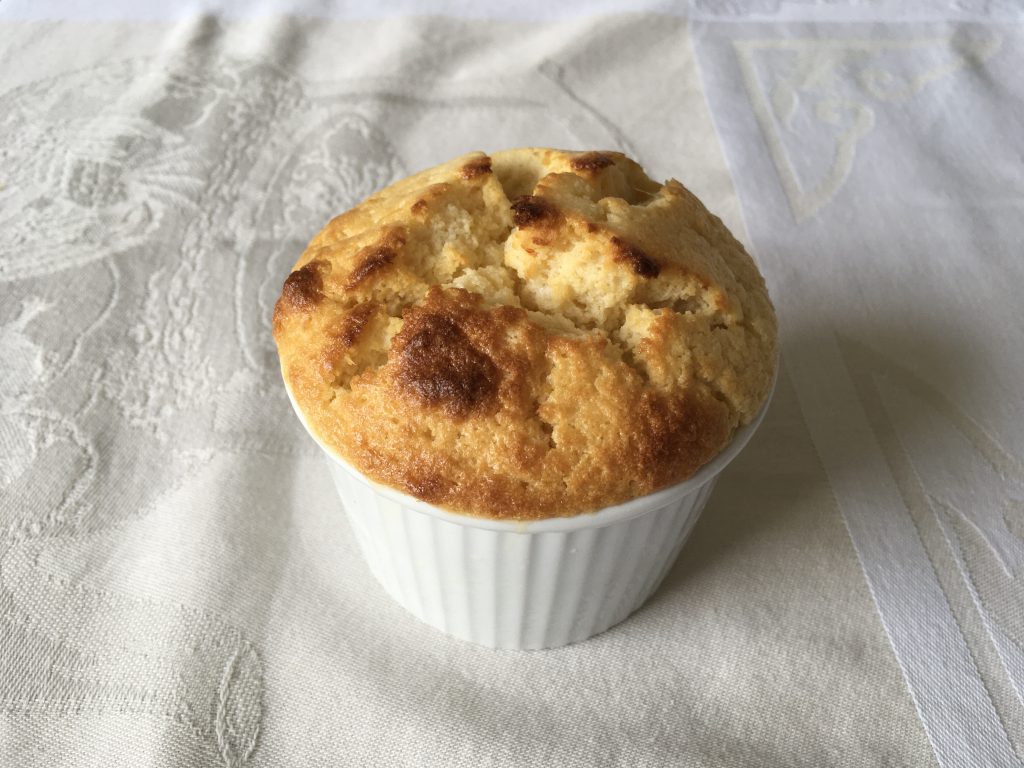 The original recipe from The Dairy Book of Home Cookery, published in 1968, wherein this great dessert is called a Lemon Layer Pudding

Grated rind and juice of 1 lemon

Add lemon rind to butter and sugar and whisk until pale and fluffy.

Whisk egg whites until stiff, then fold into lemon mixture.

Pour into a greased ovenproof dish.

Stand in a shallow tin of water.

Bake at gas mark 6 for about 45 minutes or until top is set and spongy to touch.

This pudding will separate into a custard layer with a sponge topping.