Lord, give us this day our daily bread… 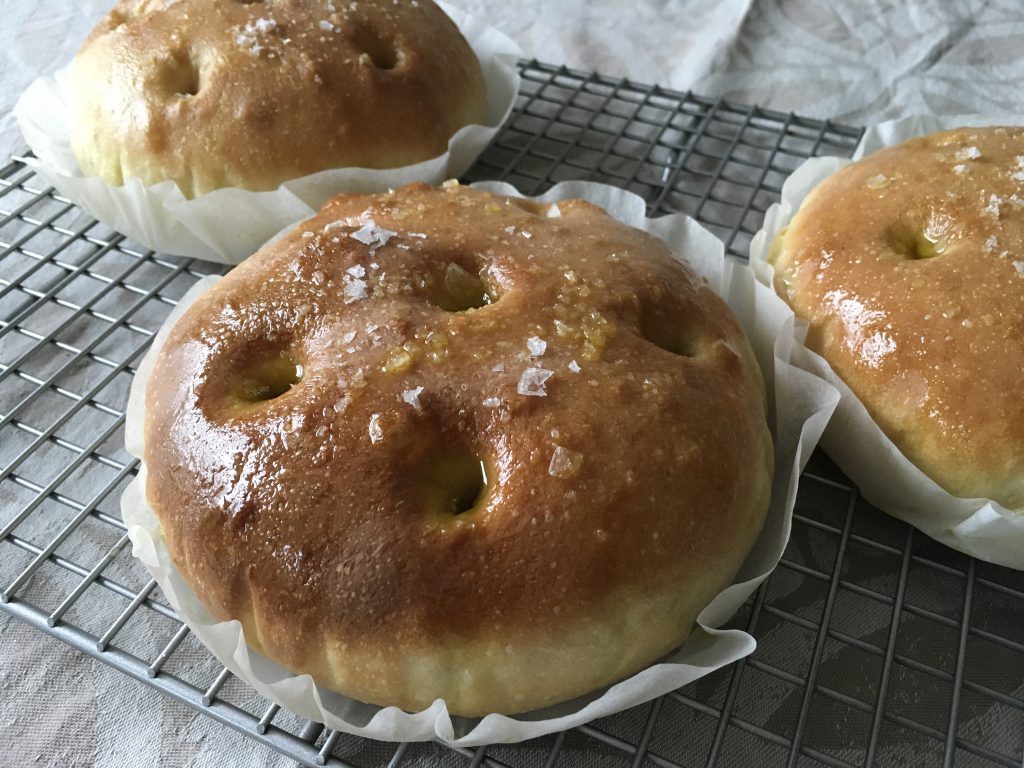 …and please make mine a focaccia.

The Lord’s Prayer is what Christians sometimes call the church family prayer. Based on the words that Jesus taught his disciples on how to pray, it goes:

Our Father in heaven

Hallowed be your name

Your will be done, on earth as it is in heaven

Give us today our daily bread

Forgive us our sins, as we forgive those who sin against us

And lead us not into temptation, but deliver us from evil. 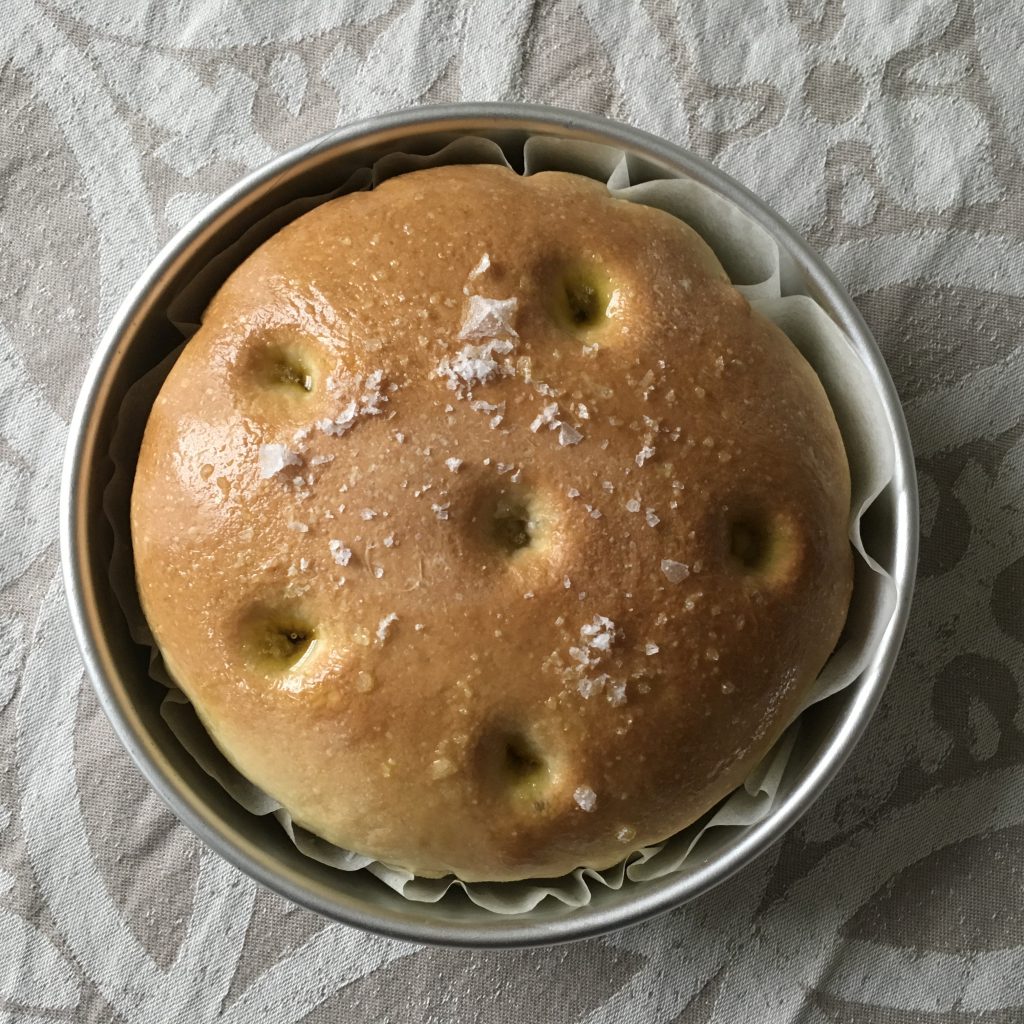 It is significant that we are to ask for our daily bread, that is to say, just what we need for the day. When the Israelites were rescued out of slavery in Egypt, they very quickly complained that it was better to be back in slavery because at least they had food there, whereas in the desert they were in danger of starving.

God’s response was to rain down bread (manna) daily from heaven, and the Israelites were to go out each day and gather enough for that day. Only on the sixth day, in preparation for the rest day on the Sabbath, were they to gather twice as much as they did on the other days.

The experience is recounted in Exodus chapter 16 and we are told that when the Israelites hoarded more than they needed for one day, everything else rotted and was rendered inedible.

Personally speaking, I love my bread. This focaccia is what we have when we take a break from sourdough and other heavier wholegrain breads. It is like when you revert to white rice after some time of eating brown rice.

Over the Christmas we made several batches of focaccia and ate it with soup, leftover turkey and ham, cheese, salads and also on its own dipped in olive oil and balsamic vinegar. I often make it as a gift when visiting friends.

A note on the yeast. I always use dried yeast which is stored in the fridge. There are two types of dried yeast, one which needs activating in warm water (dried active yeast) and another which can be used immediately without activating (fast action or easy bake yeast) as it contains added ascorbic acid as a flour treatment agent. I mostly use fast action or easy bake yeast, but activate it simply because I can do so easily in the Thermomix. 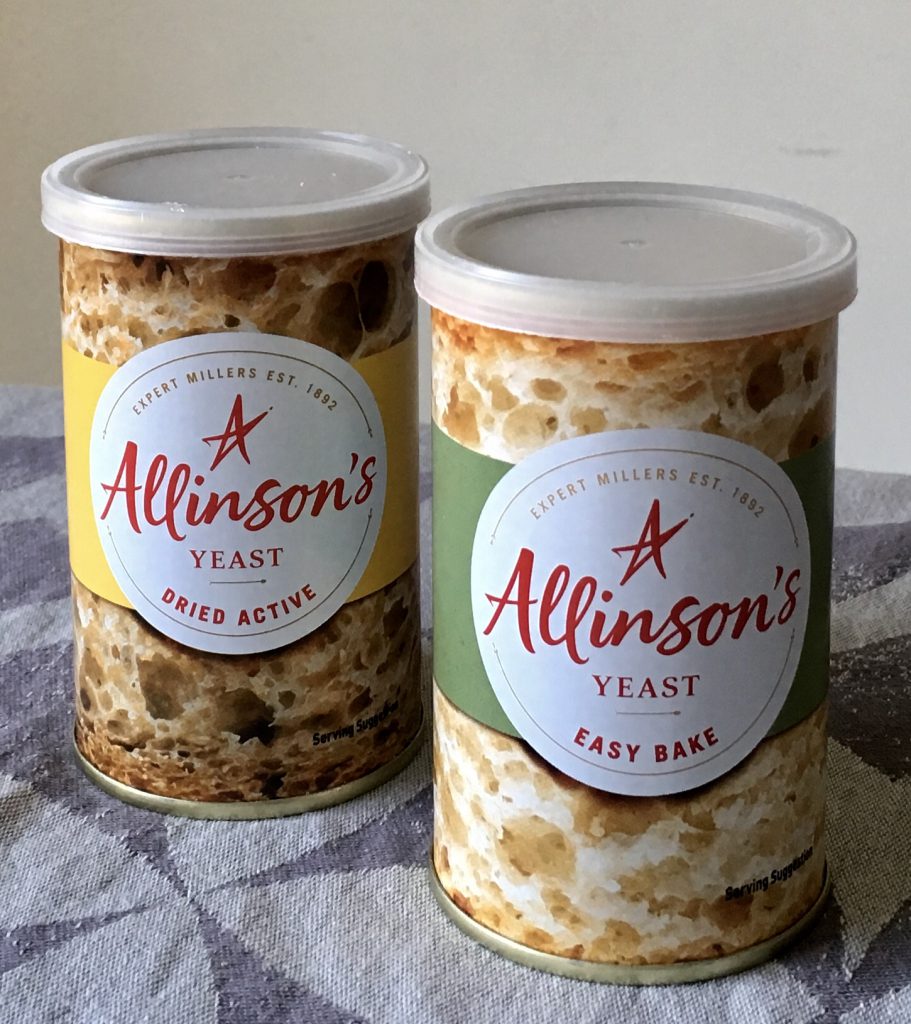 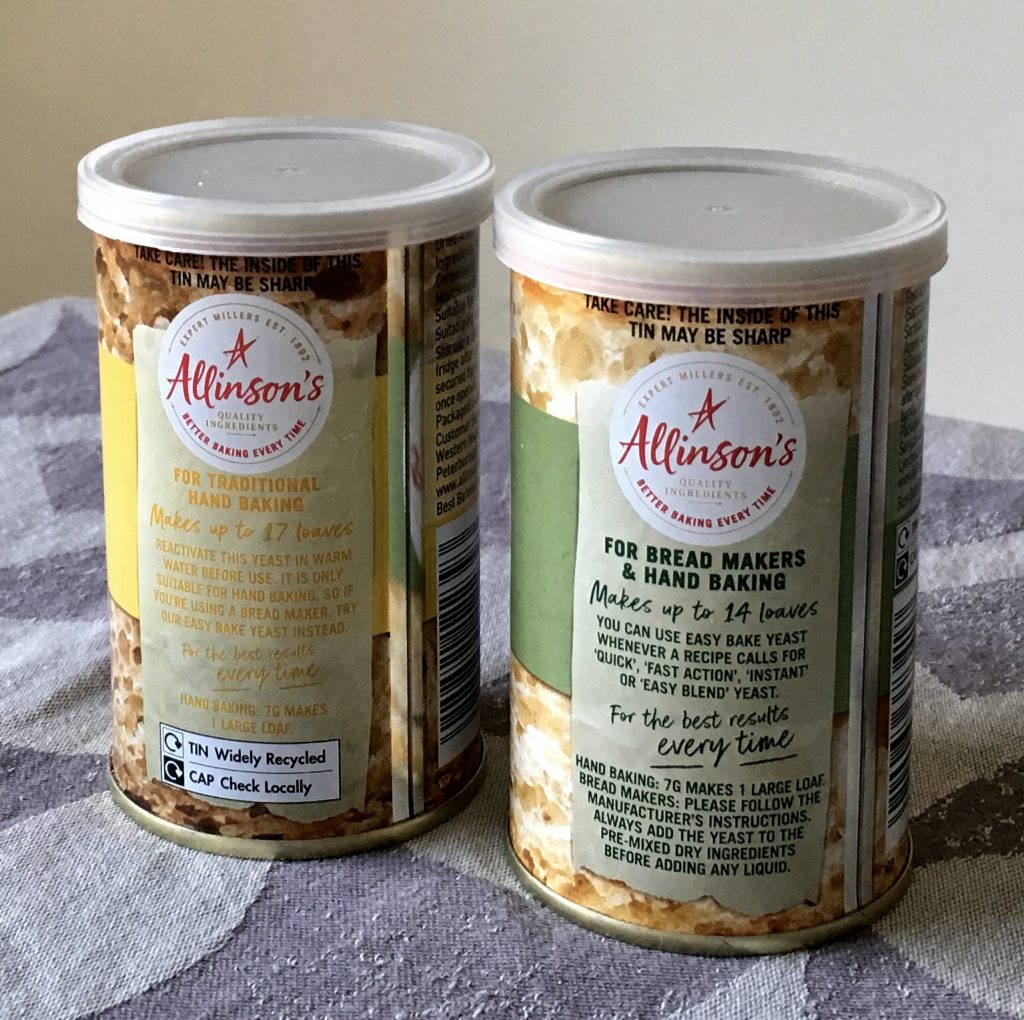 You will also need 4 x 15 cm round baking tins OR a baking mat if you are making one large round focaccia. I have made this focaccia for a very long time. Previously I used a 20 cm square baking tin and also a 20 cm x 30 cm rectangular baking tin. All turned out good bread but please remember to line the tins with baking paper and a bit of olive oil beforehand. 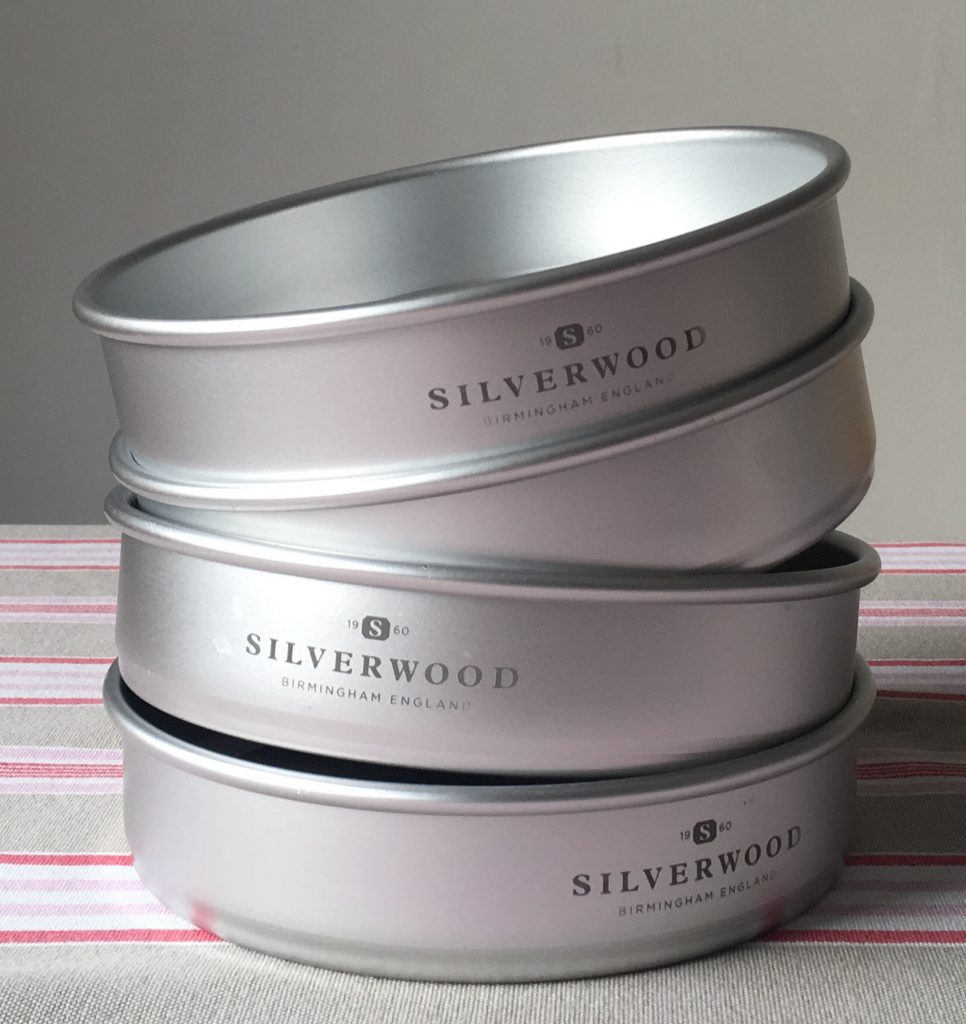 Lightly oil a large mixing bowl and a large piece of cling film then set aside.

Transfer the dough to the oiled bowl and cover with the cling film.

Leave the dough to prove until it has doubled in size, which takes around 45 minutes to 1 hour depending on the kitchen temperature.

At the end of the rising time, transfer the dough onto the baking mat, or split into four equal balls if using the small sandwich tins.

Towards the end of the second proving time, preheat the oven to 220°C.

Using oiled fingertips, or the oiled end of a wooden spoon, make indentations in the risen dough and drizzle over with olive oil. If you know the focaccia is only for savoury use, you can throw on some finely chopped rosemary and a sprinkling of sea salt flakes.

Bake for 20 minutes or until golden brown.

Cool the bread for 5 minutes then transfer to a wire rack. 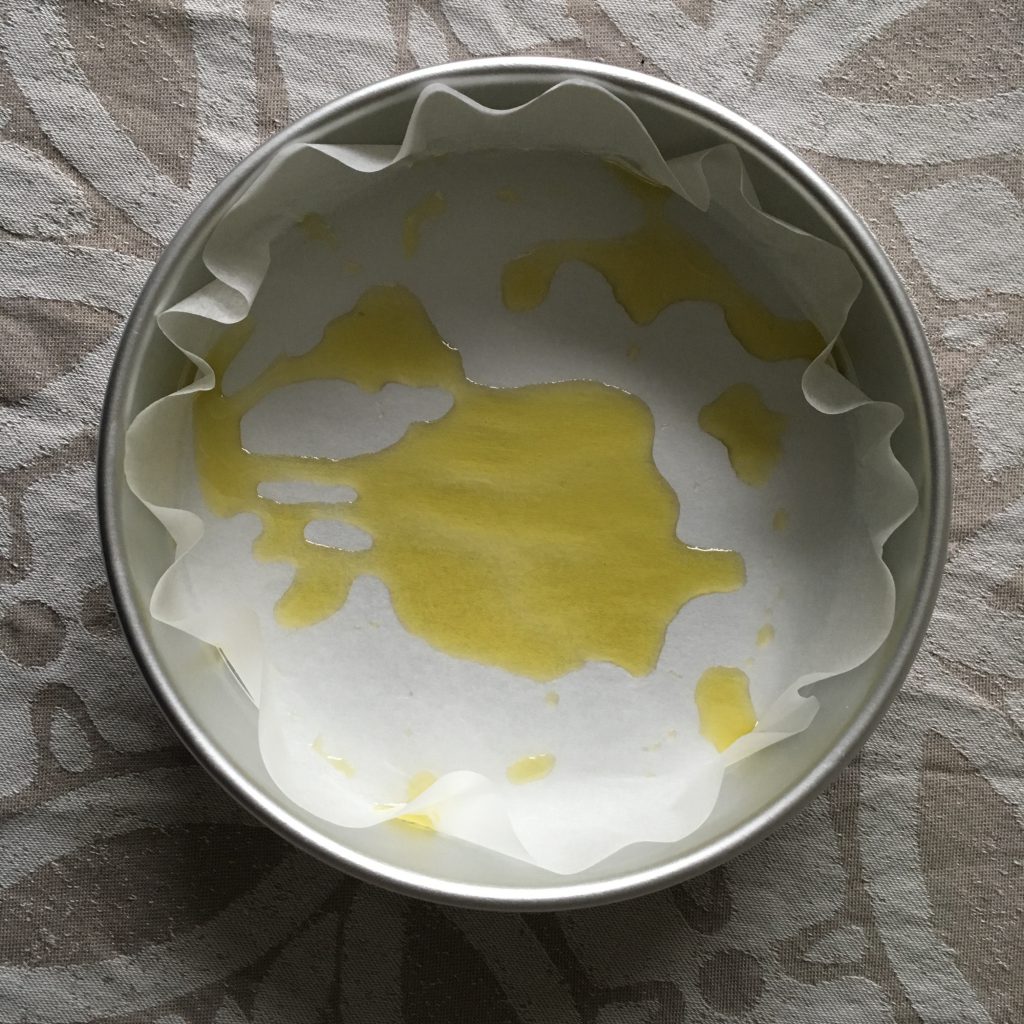 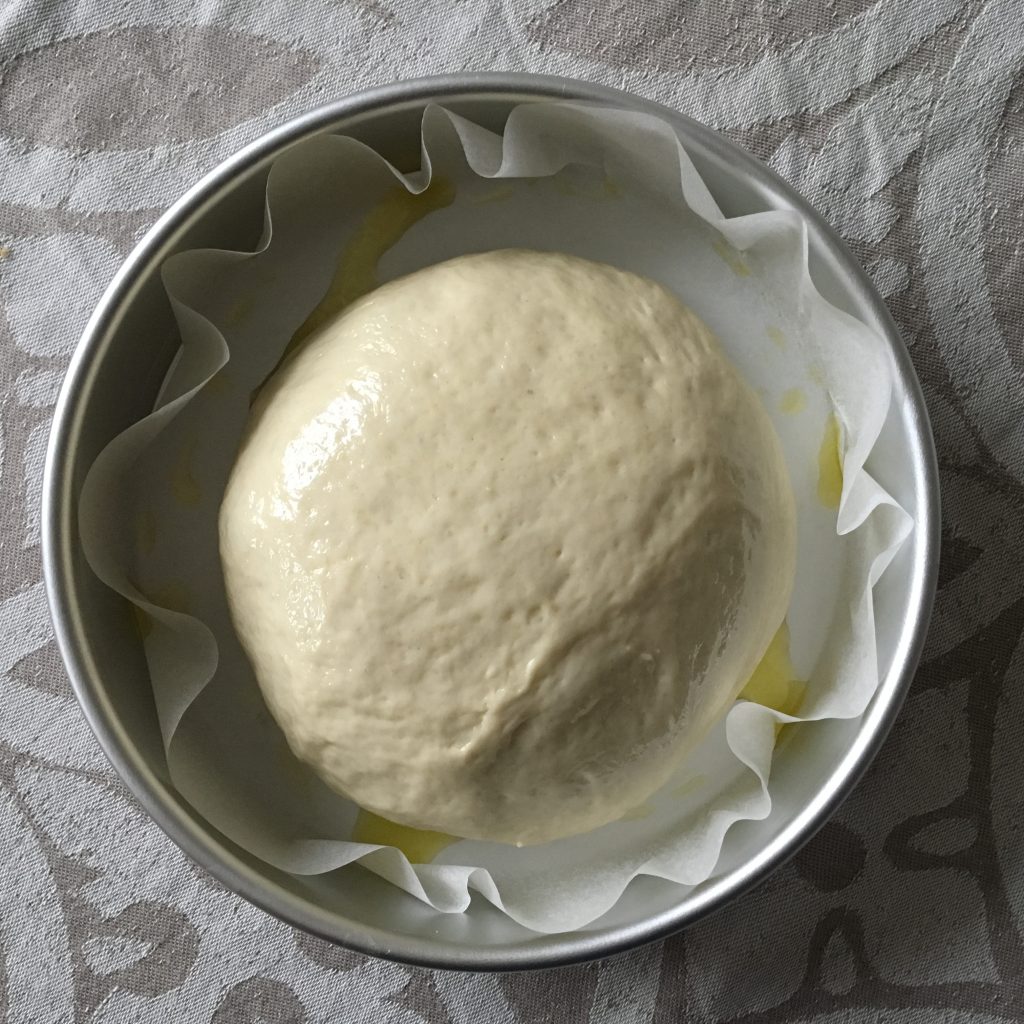 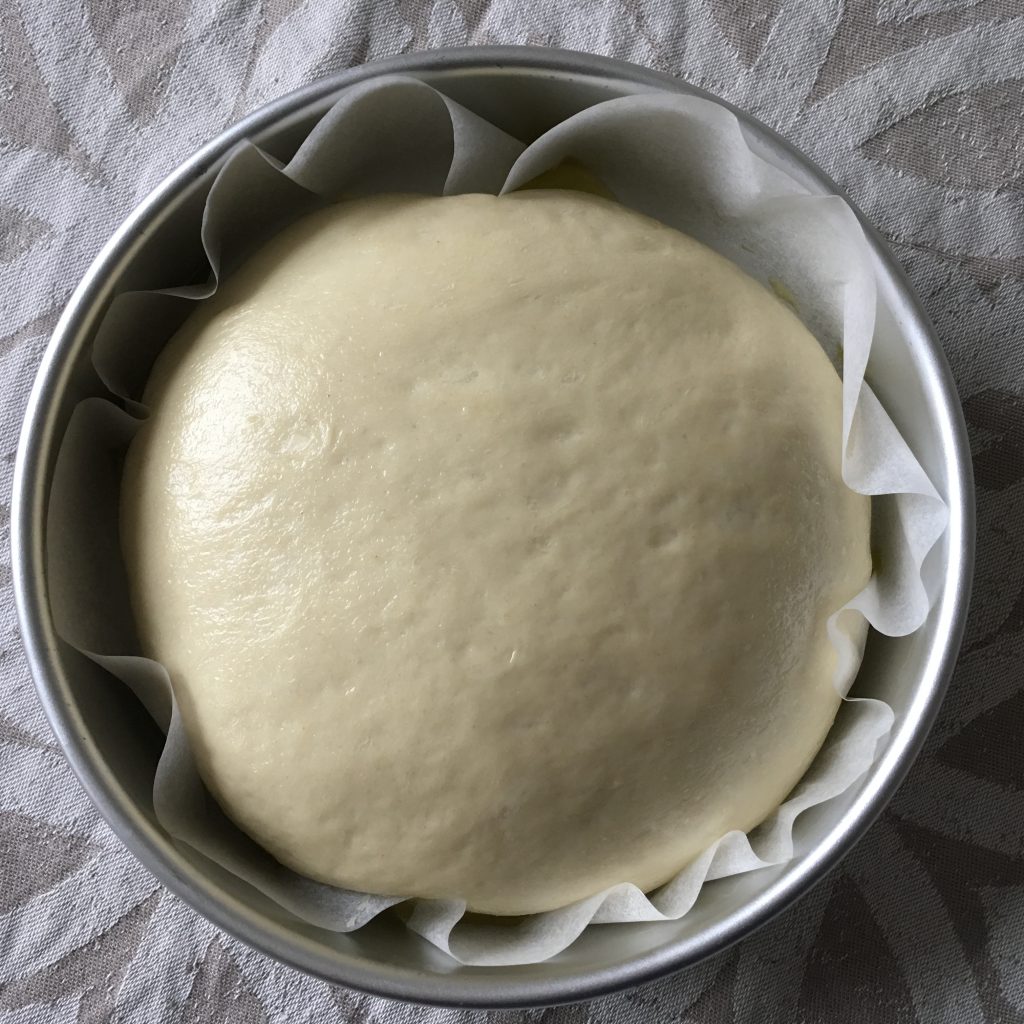 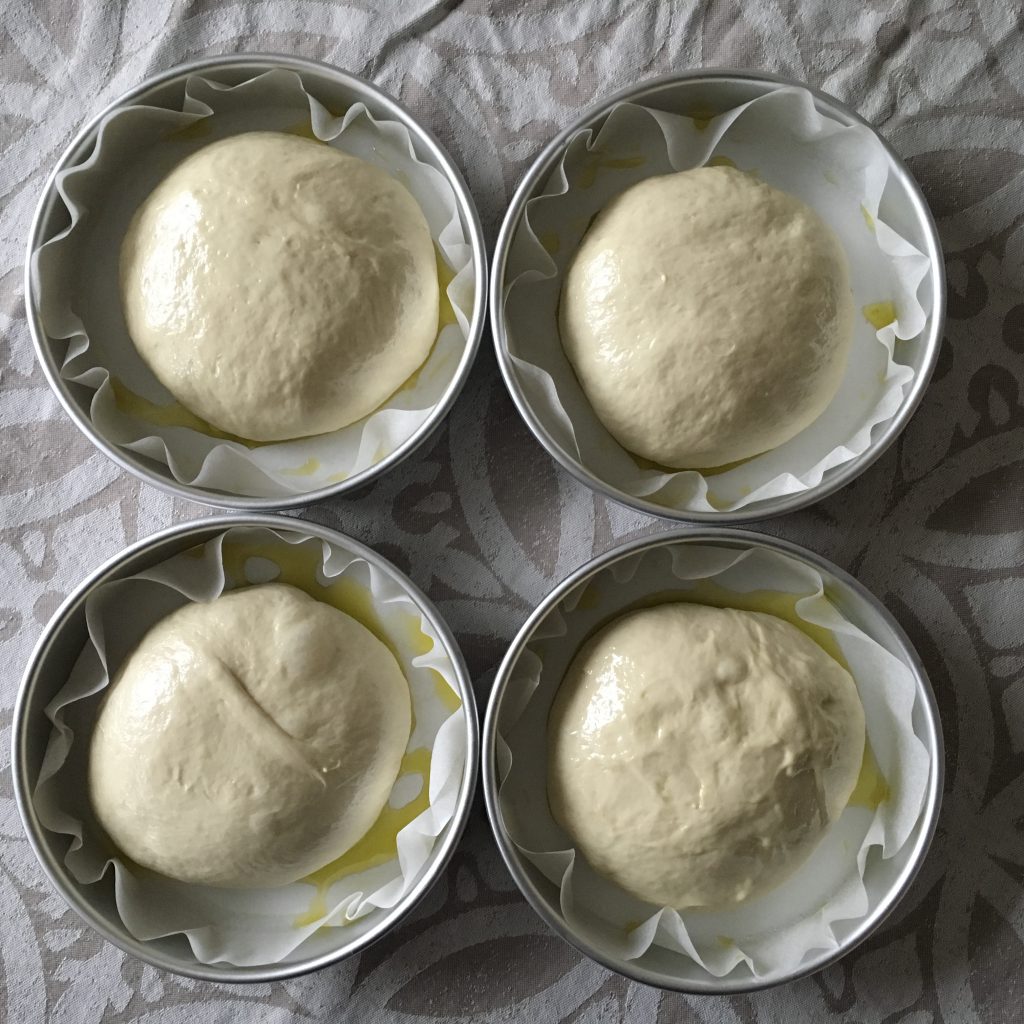 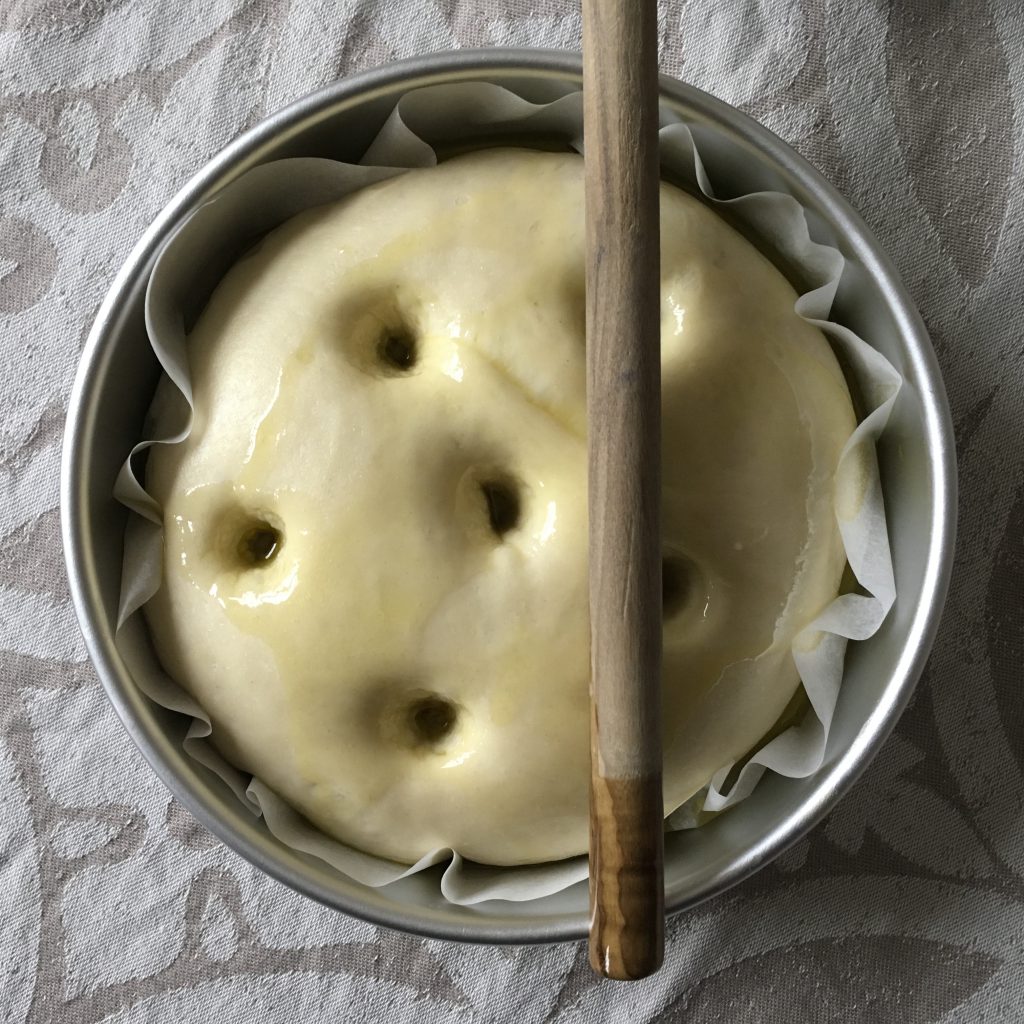 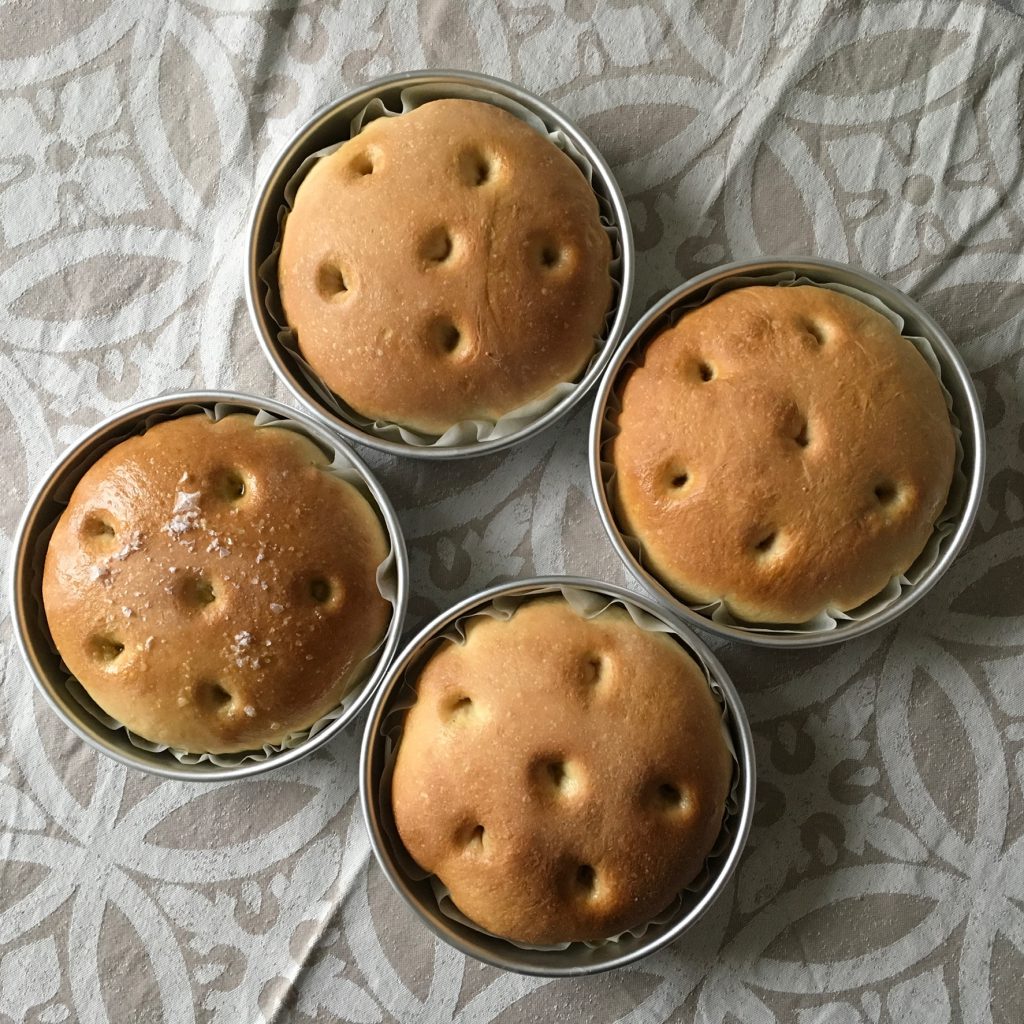 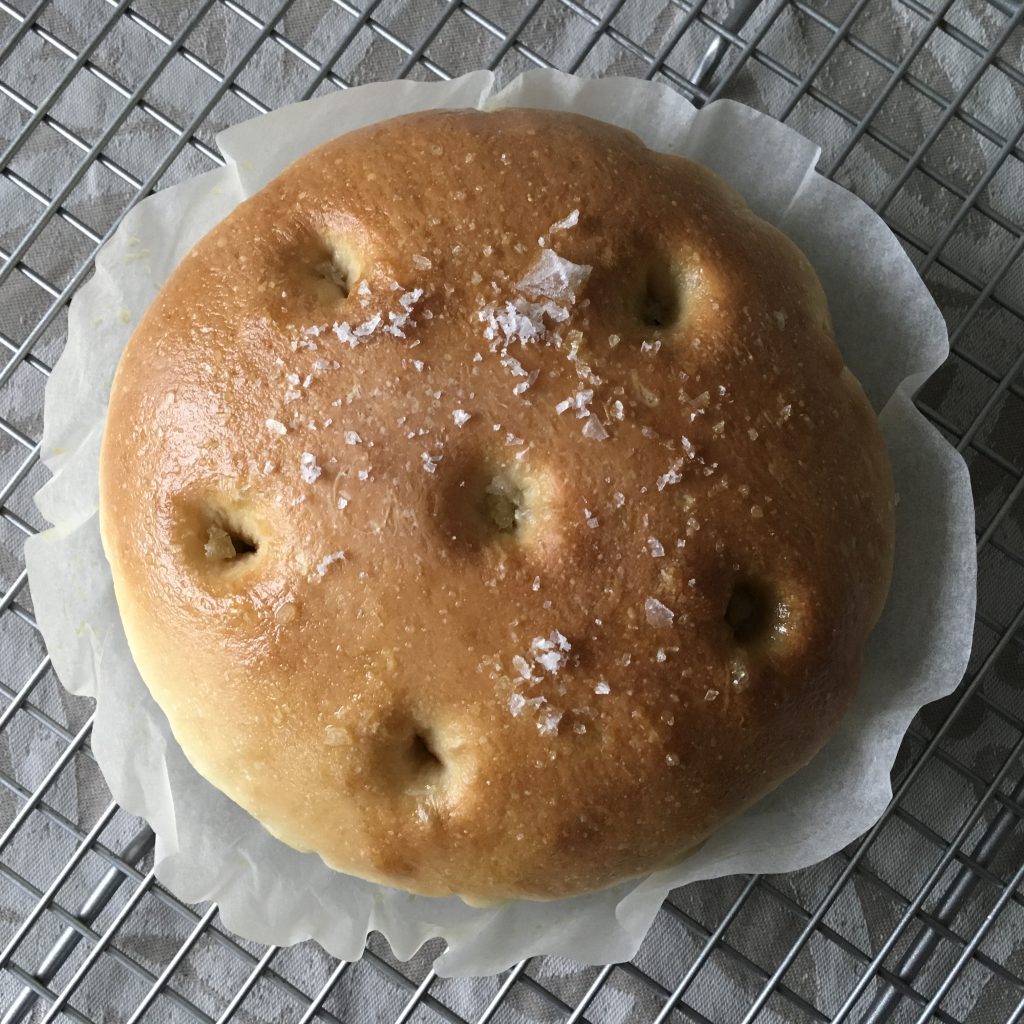 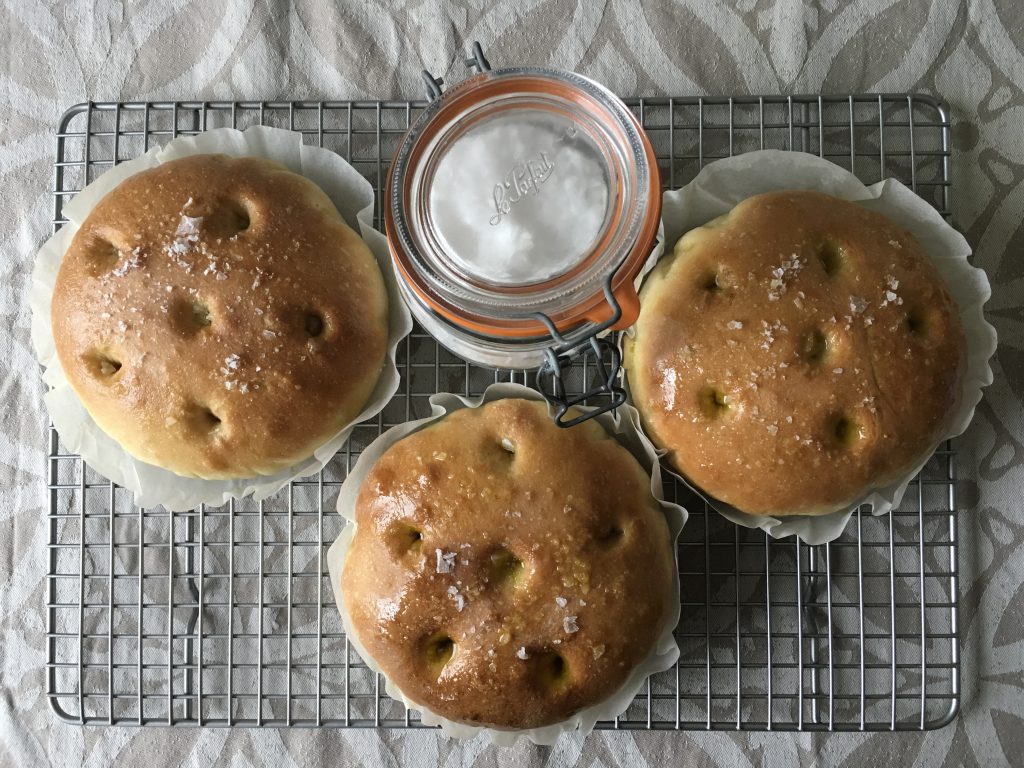 The focaccia will keep well for around two days but in reality it never lasts for more than a few hours. With the 15 cm bread we were even contemplating a filled turkey-ham-cheese-chutney roll, made up then cut into four to share.

On the flight to Kuala Lumpur I watched an interesting documentary on brioche and croissants, and so I aim write up a recipe for both sometime this year. I can already feel time slipping by…