…teach us to number our days, that we may apply our hearts unto wisdom (Psalm 90:12) 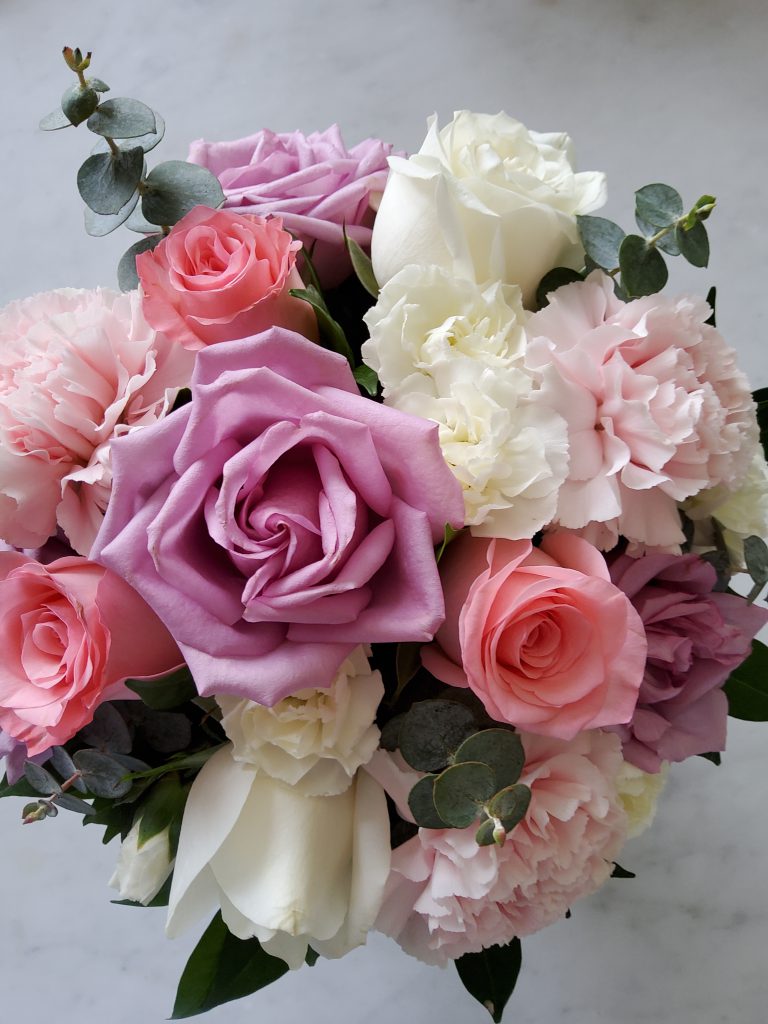 Two of my children rowed for their school and the thing I remember most from the rowing coach, when asked how the rowing team achieved such marvellous success one year, was this: to achieve 100% success we did not change one thing by 100%, we changed 100 things by 1%.

This is what I keep telling my dad as he tries to recover from the major surgery he underwent last month. He is making small improvements but small improvements are good if you continue to build on them. As Mr Gochugaru says: (Never mind Rome) My Star Wars Lego Millennium Falcon was not built in a day.

The other times I mainly talk to myself as I watch over him. Here are some thoughts I have jotted down in the middle of the night.

Looking after an elderly person is very much like looking after a toddler. Both need frequent toilet runs, have snotty noses, are unsteady on their feet, temperamental with showering, fussy with food, dribble when they decide to eat, lack concentration, have erratic sleep patterns, are cranky when tired and both need to be told when to brush their teeth.

Toddlers are less wrinkly and much cuter to look at, but we must not be rude about how elderly people look since we are all heading that way.

I was always impressed by Adam Richman’s attempts to get as much food into himself in a challenge to beat some record or other.

I have the opposite problem here because my dad has somewhat lost interest in eating. So much so that the dietitian has suggested a nutrition supplement formula. This looks very much like baby formula milk. There are a few flavours including vanilla, wheat and chocolate.

When I asked my dad if he would prefer chocolate flavour he turned up his nose at the idea. Then I said I could add Milo to the other flavours. He said Milo was the drink he hated most in the world, on account of always being given it at hospital.

Not surprisingly he really is still interested in the subject of food. He recommends that I go and eat at a few of his favourite restaurants, including a mock-meat vegetarian place. I say ‘sure’ but actually I am thinking instead of Village Roast Duck.

My mother-in-law has an illustration which helps us understand why we can remember things we did when we were young but we can’t remember what we ate for breakfast this morning. She says that our old memories are like compacted sediment but our new memories are like swirling sand unable to settle. The constant shifting is what makes us recall then forget things in an instant.

So my dad talks about his childhood in Malacca, his university of Malaya days, his Bank Negara days and he even remembers all the lovely friends his children have introduced to him.

One such friend is Investment Banker Friend who went to primary school with me. He asked what IBF’s children were doing. I said one is an LSE Economist. My dad loves economics and he loves the LSE, so this is what I call ‘bingo’ territory and bound to cheer him up.

Then I said the other child is “going to be your best friend” and when he widened his eyes and asked why, I said “because is he a Physiotherapist”.

Now this got a very good laugh out of my dad which is a very rare sight in his current mood of melancholy. He laughed out loud because he positively persecuted his Physiotherapist at the hospital. Then he wanted to know how come you could study Physiotherapy at King’s College. He thought King’s only produced lawyers.

At first I really could not understand what my dad meant when he asked for the bottle. He kept on saying I need the bottle.

Then I figured he was asking for the urinal instead of making the short walk to the toilet. He perceives his legs to be that weak.

The only way to approach this, as a grown woman helping her aged father, is to adopt the lovely Juliette Binoche’s attitude to helping a very sick man in The English Patient.

Now, it helps that Ms Binoche and I shared the same facialist when I was in my 40s. Said facialist told me all sorts of stories about working with Ms Binoche, who won an Oscar for Best Supporting Actress in TEP. I bear this in mind when tipping yet another ‘bottle’ of urine into the toilet. God is watching the film of my life and I might receive an award, which the Bible promises will be a special type of crown (James 1:12).

Here’s the issue: I am on night shifts and in the wee hours of the morning I really have no interest in counting the zeroes in our family bank accounts, share accounts, property accounts etc.

I want to sleep. I have been averaging four to five hours’ rest each night since I returned to Kuala Lumpur.

My dad’s memory, when he is not tired and sleeping, is razor sharp. I use a calculator to do the multiplications (number of shares x price per share = ?). Then you need to add ? + ? + ? + ? + ?. This is not the end of the story because you need to deduct A from n? where A is the original price you paid for the shares. Put simply n? – A is your profit. Something like that. You get the picture, or you would if you think like my dad.

The other issue is that my dad is very keen on the electrical devices he has used for a long time. Even at the hospital he wanted to shave and even worse than doing all the numbers, I had to help him shave with a not very efficient electric shaver.

I am fond of telling the children my favourite line from Batman: what doesn’t kill you makes you stronger. The children tell me it is not Batman who said that but Nietzsche.

It is a month since I came out of quarantine and met my dad for the first time in a year. He looked like a corpse, and this morning I told him so. He was in a relatively cheerful mood, so I could say that when I heard about his poor recovery post-surgery I did not think he would live past a few weeks. When I was in quarantine I did not think he would survive past that week.

I have now been by his bedside for a month, including a week back at the hospital. To get this far has involved many of my friends and church family praying for him and for me. It does not matter that my dad does not believe in God, I trust that God answers the prayers of the faithful and obedient.

Lord, thou hast been our dwelling place in all generations.

Before the mountains were brought forth, or ever thou hadst formed the earth and the world, even from everlasting to everlasting, thou art God.

Thou turnest man to destruction; and sayest, Return, ye children of men.

For a thousand years in thy sight are but as yesterday when it is past, and as a watch in the night.

Thou carriest them away as with a flood; they are as a sleep: in the morning they are like grass which groweth up.

In the morning it flourisheth, and groweth up; in the evening it is cut down, and withereth.

For we are consumed by thine anger, and by thy wrath are we troubled.

Thou hast set our iniquities before thee, our secret sins in the light of thy countenance.

For all our days are passed away in thy wrath: we spend our years as a tale that is told.

The days of our years are threescore years and ten; and if by reason of strength they be fourscore years, yet is their strength labour and sorrow; for it is soon cut off, and we fly away.

As I dim the lights and arrange the blankets, I tell my dad that to have reached 80 years of age is a fine achievement. Never look back in sadness or bitterness but aim to look forward. For the Christian, there is an eternity of goodness and light waiting for us. This is what we always wish for our friends and family also. 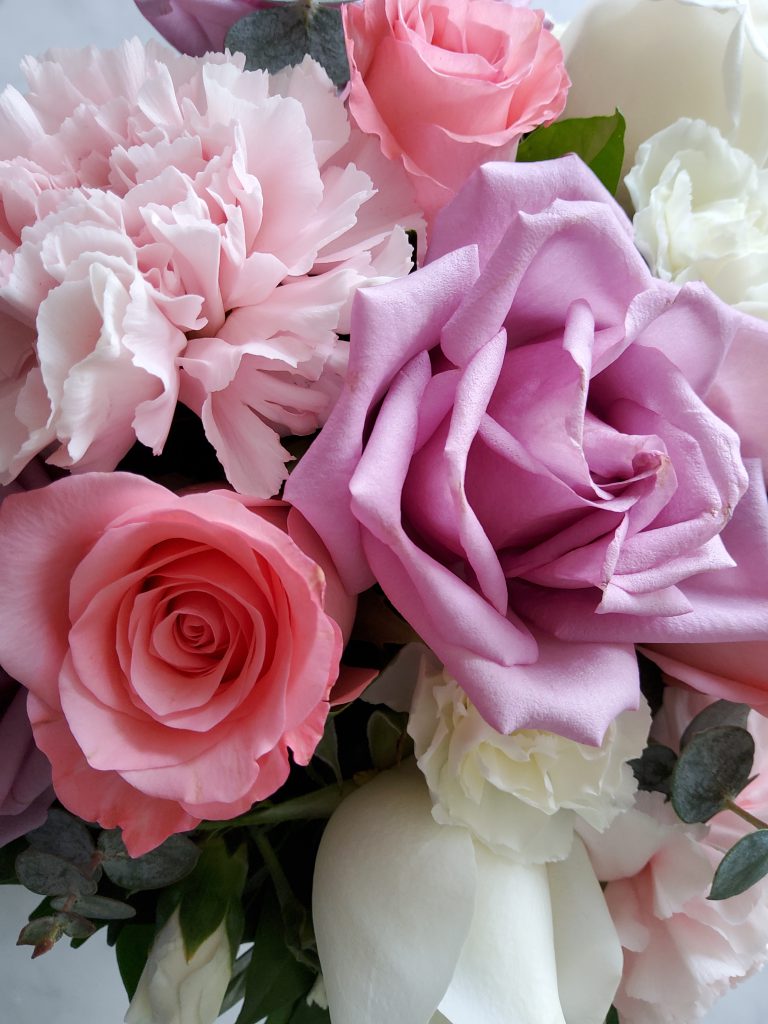