Two recipes to liven up your soups. 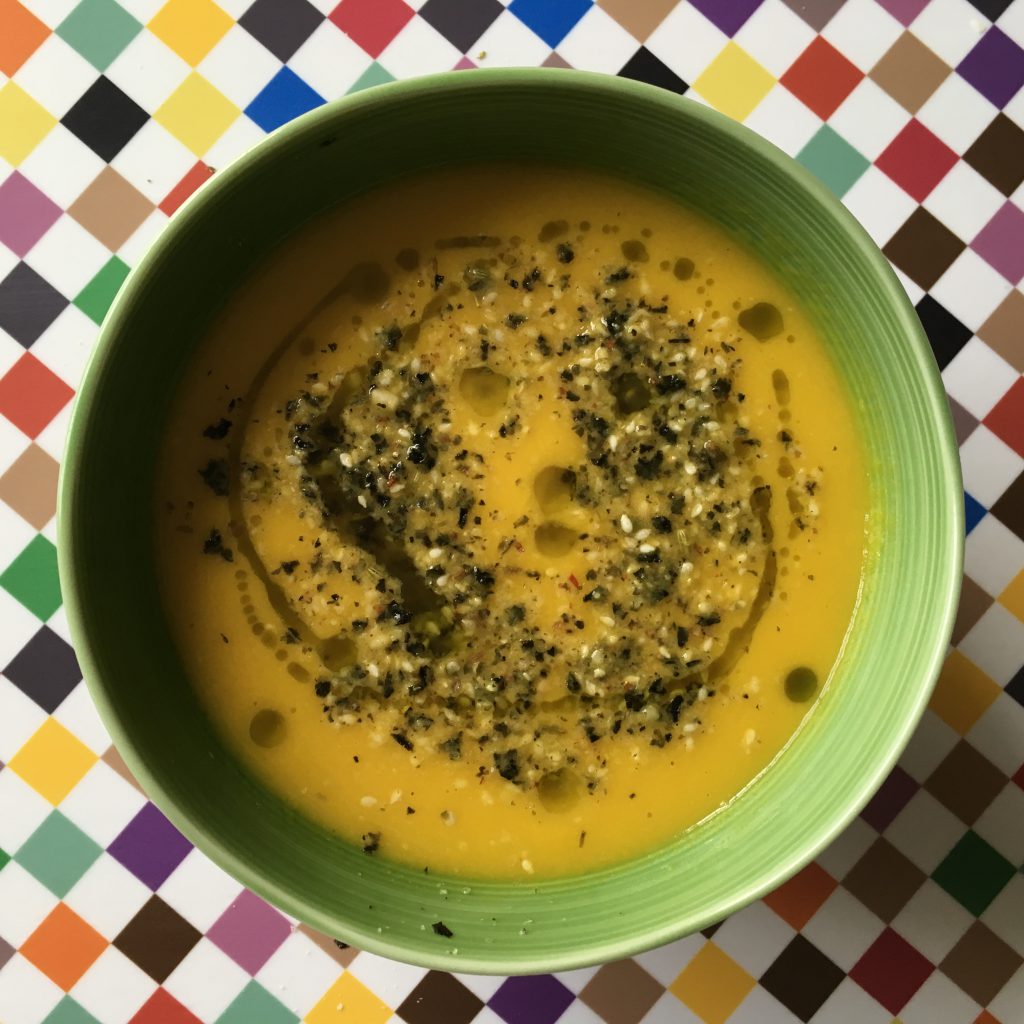 When I was in Manchester Junior 1 asked which piece of kitchen equipment I would not do without and I unhesitatingly said it was the Thermomix. Even more than the KitchenAid? I said that the Thermomix makes cake batters but the KitchenAid does not make soups.

I have been struggling to write up my recipes but here are two toppings for soups, since it is a really cold day in London and all I want is some soup and bread for lunch.

It is common to think it a waste of time to cook for just one or two people, but we should never buy into this. If we think that things are only worthwhile doing when there are many end users, it will lead us to neglect the few who might need a certain product. Medicines, for example. It is feasible that we might be the one patient who needs access to a speciality drug and are being denied it because our healthcare provider thinks it is not economical to supply this for just one person.

Back to the soup toppings: how interesting can soup be? I recently made a most delicious carrot and orange soup but, in the delight of eating it with Junior 2, forgot to write down the measurements. So today’s soup is a simple carrot soup (recipe in the next post) made more attractive by adding a seed and nut topping and rosemary oil just before serving.

The peppercorns I used were from Fortnum and Mason (long peppercorns and cubeb peppercorns) but any black peppercorns will do. I dried my own chillies and if you have ready bought crushed dried chillies, add a pinch of this if you do not have dried whole chillies.

For the conventional, non-Thermomix method of making these toppings, please scroll right to the end of the post.

For the Seed and Nut Topping

20 g whole almonds, with or without skin

20 g whole hazelnuts, with or without skin

2 sheets of seaweed (the ones used for making sushi) 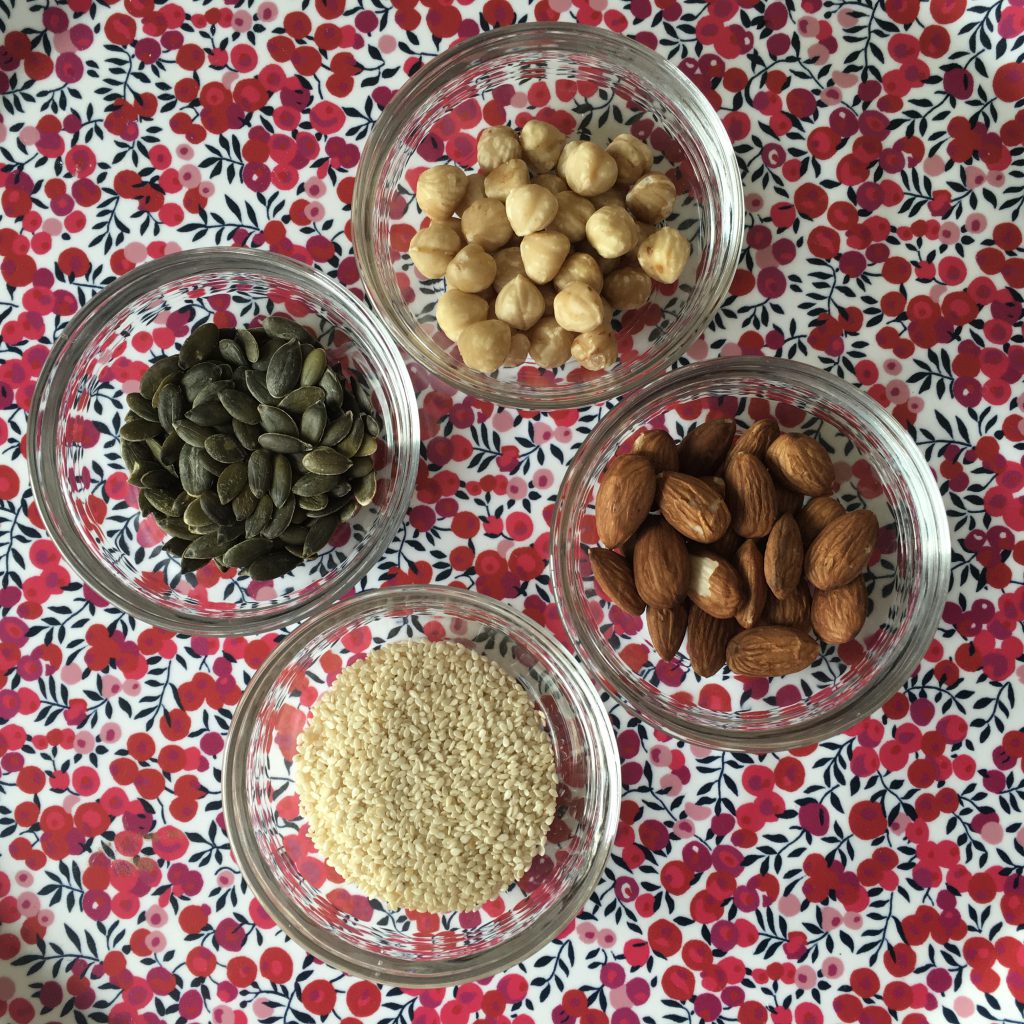 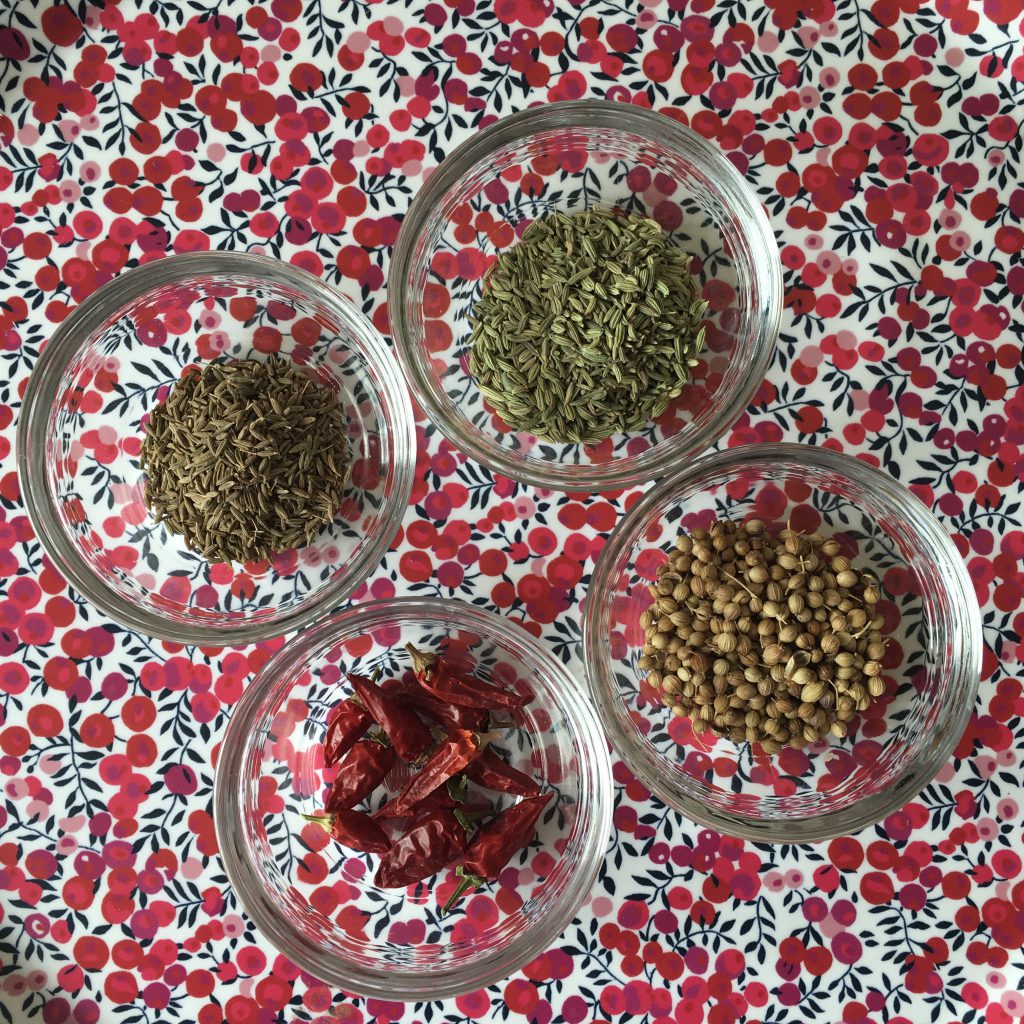 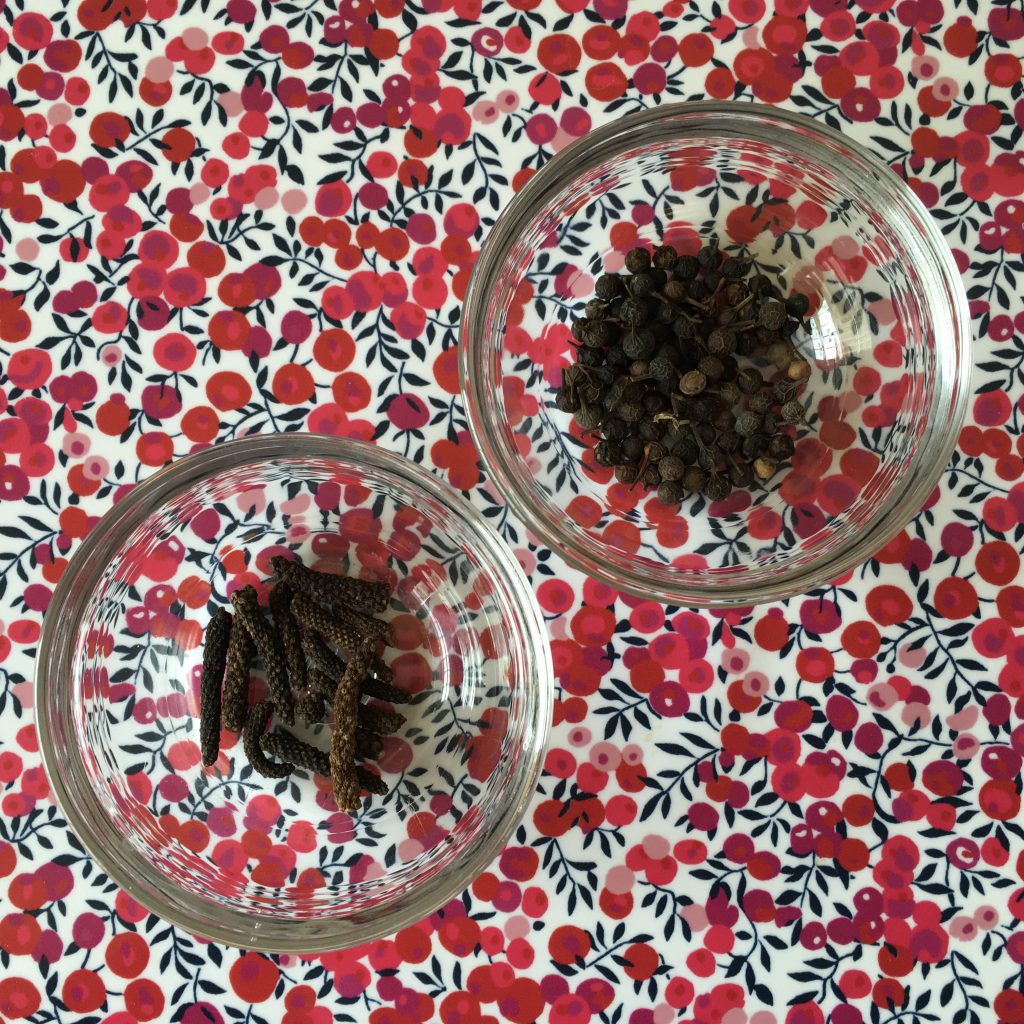 Remove the TM lid and let the mixture cool down sufficiently before adding the seaweed sheets and salt. Chop 8 seconds/ speed 6. The consistency should not be too fine. Store the seed and nut topping in a lidded jar until you are ready to use it. 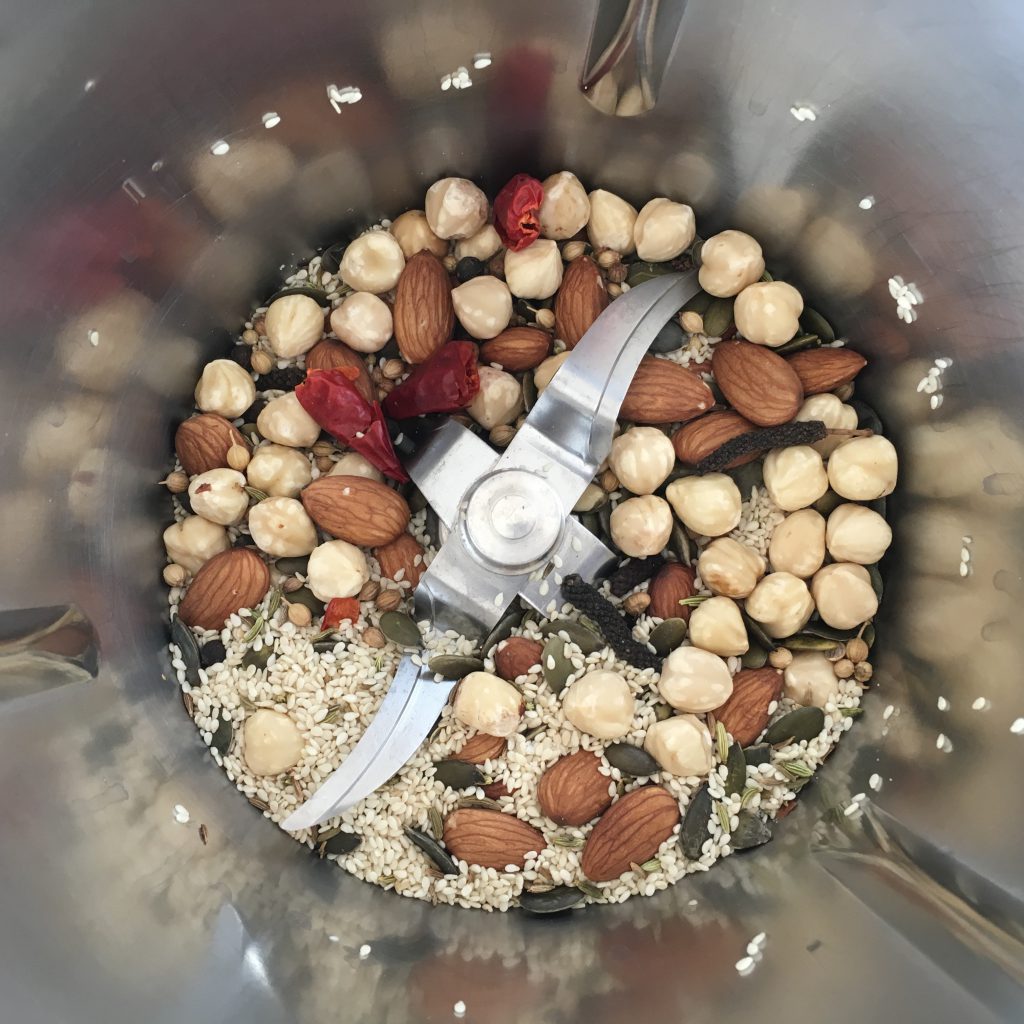 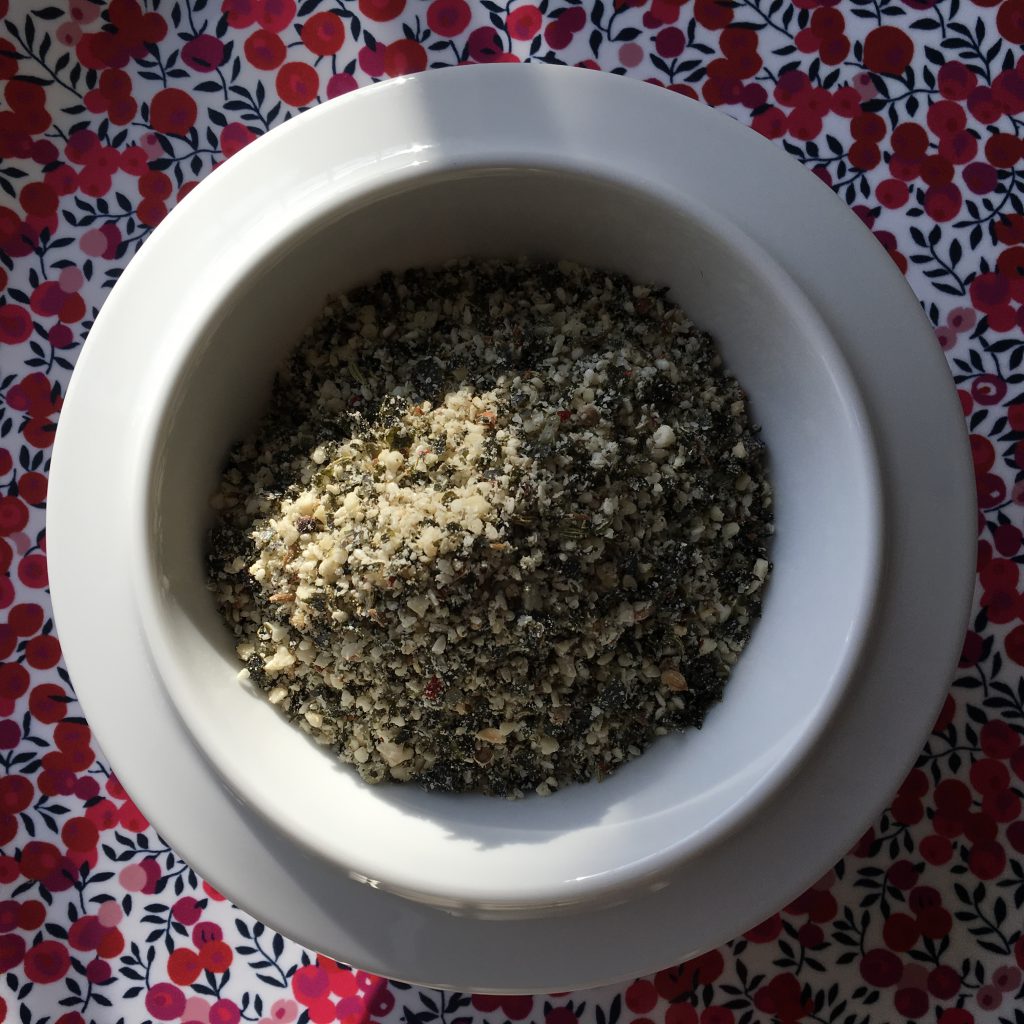 For the Rosemary Oil 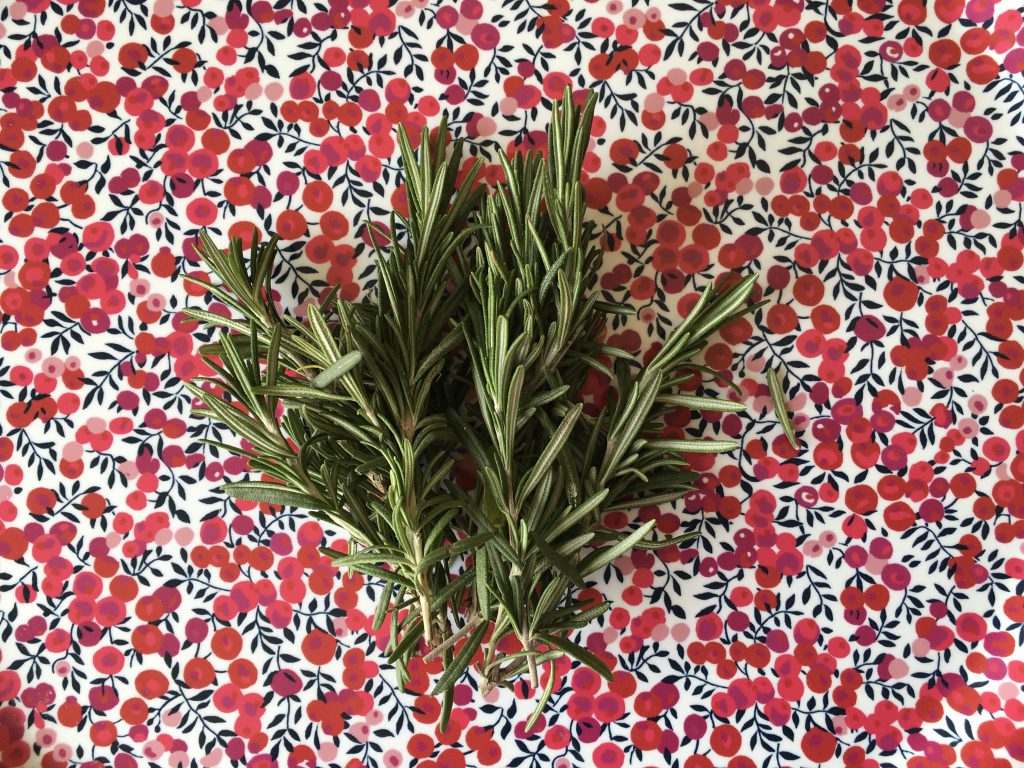 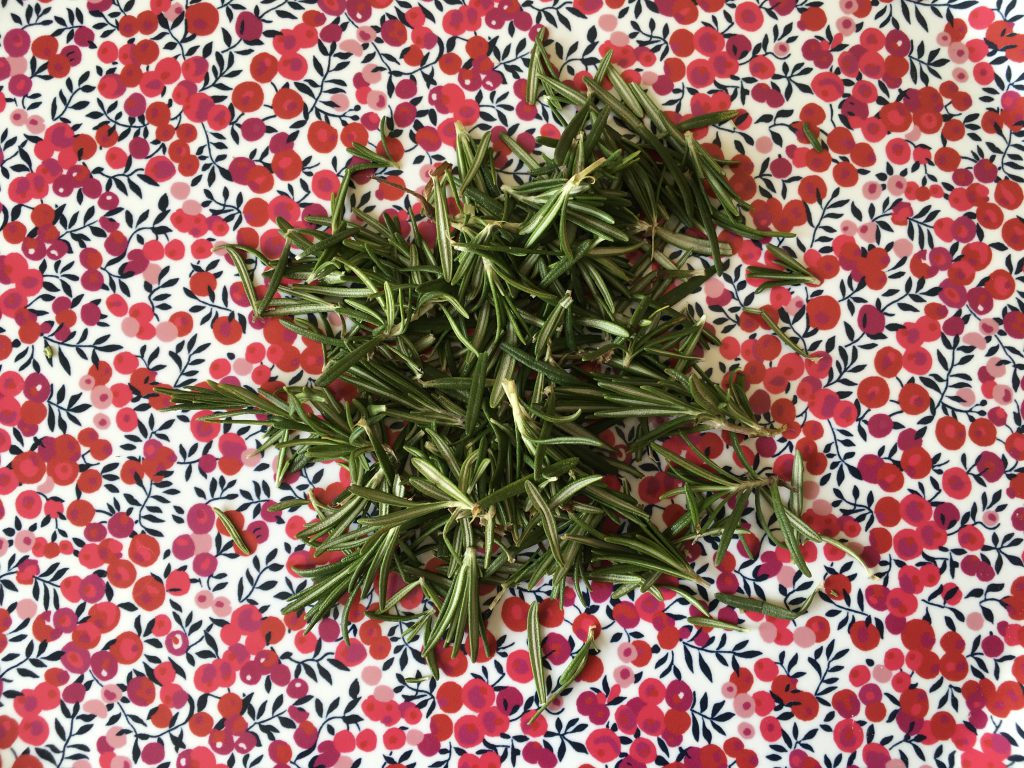 Scrape down the sides of the bowl with a silicon spatula and add the oil. Heat for 5 minutes/ varoma/ speed 2.

Place a sieve over a bowl or bottle and sieve the oil. Store in a lidded jar until you are ready to use it. 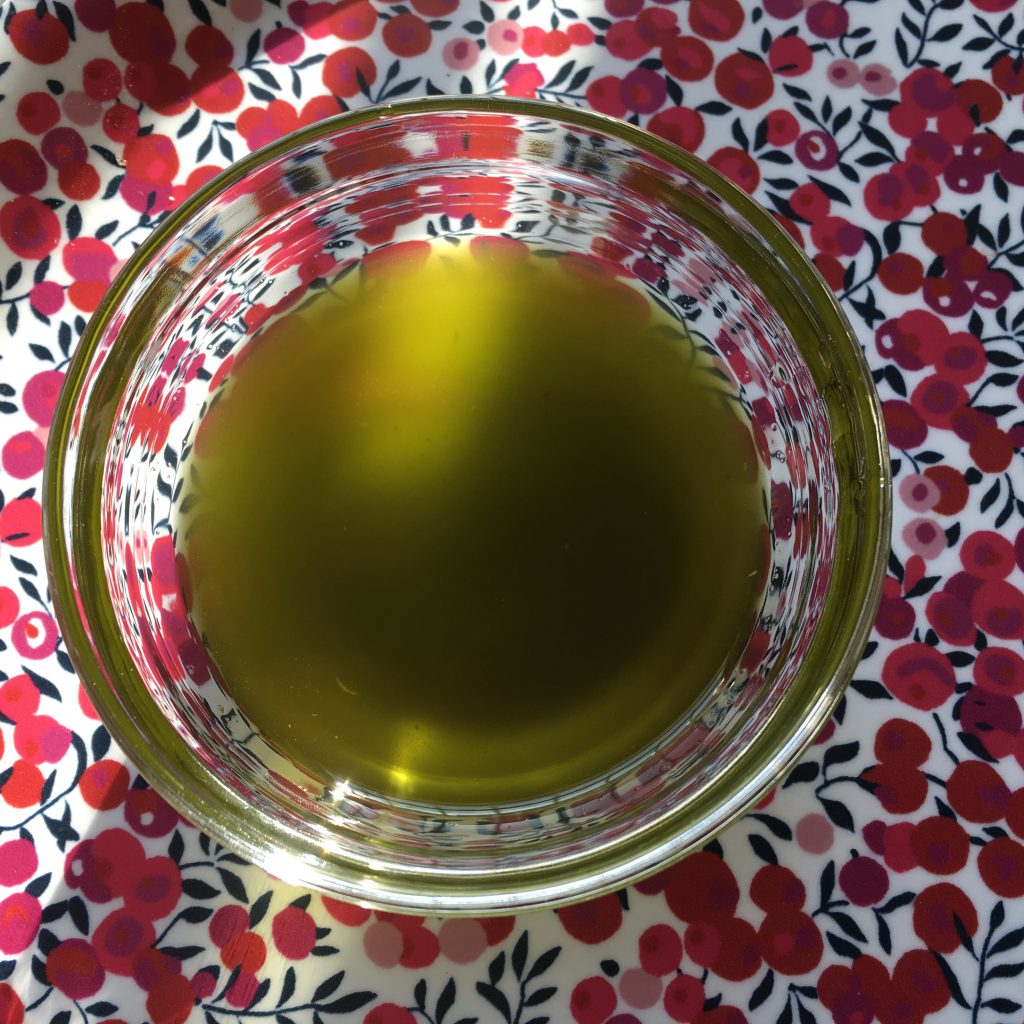 How to make these toppings in a conventional, non-Thermomix way.

For the seed and nut topping: place the sesame seeds, pumpkin seeds, almonds, hazelnuts, coriander seeds, cumin seeds, fennel seeds, black peppercorns and dried chillies in a pot and dry roast until fragrant, around 8 minutes on a low heat. Cool the mixture down and then place it all in a food processor. Add the seaweed sheets and salt, and chop for a few seconds. The consistency should not be too fine. Store the seed and nut topping in a lidded jar until you are ready to use it.

For the Rosemary Oil: place the rosemary leaves (needles) into a food processor and chop until fine. In a pot, gently heat the oil along with the rosemary for 5 minutes. Place a sieve over a bowl or bottle and sieve the oil. Store in a lidded jar until you are ready to use it.