The beginning of the dilemma. 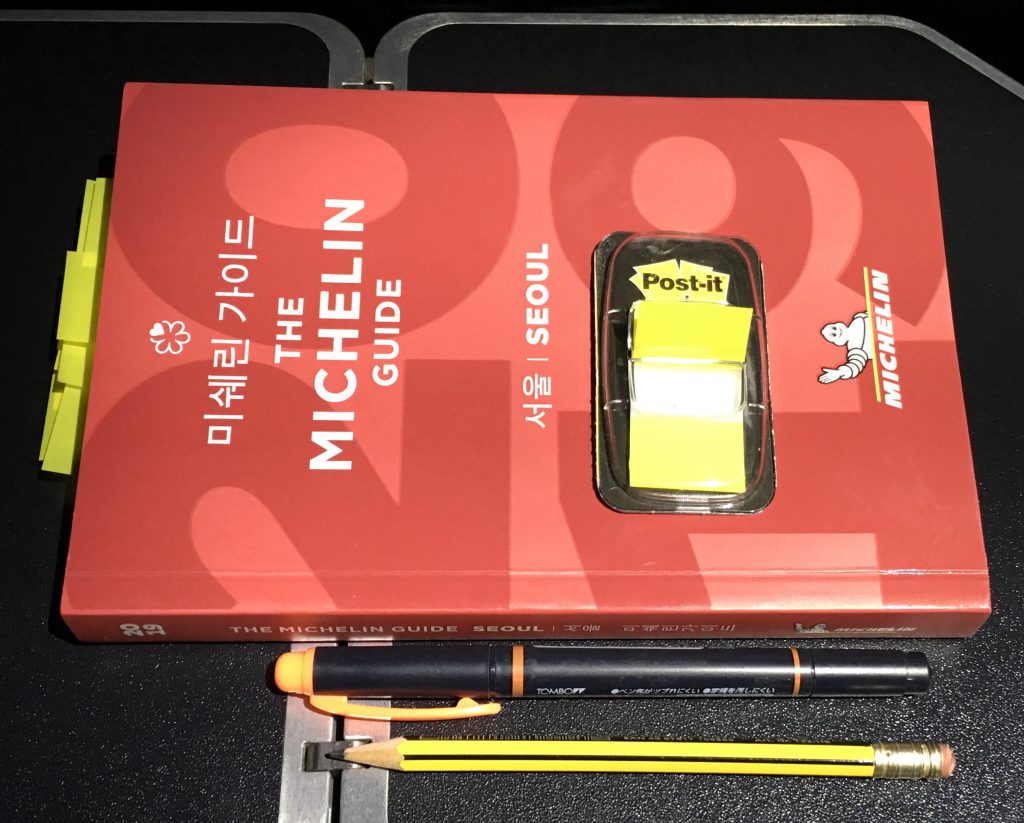 Only four of the seats are occupied and this means 4/28 = 1/7 = 14% occupancy. This makes for a quiet and relaxing flight, so it is a good time to catch up on reading the recently published 2019 Michelin Guide to Seoul.

We are staying for six days and realistically I should be looking at around 12 restaurants to try. I start off well enough and only look at the places listed in the area where our hotel is located, that is to say, around Jongno-gu and Jung-gu. Even discounting the places serving dishes I do not want to try (pork backbone stew, braised pig’s trotters, beef tripe, intestine and blood, ox knee soup, loach soup) and making sure I skip any restaurants we have eaten in before, there still remains around 20 restaurants that I do want to try.

I haven’t even factored in the restaurant at the Signiel (Seoul’s equivalent of the Shard), the restaurants in D-Tower and Gran Seoul, and those in every office block that line the main streets of Gwanghwamun. Then there is my favourite sundubu restaurant and the bindaetteok shop that is round the corner from the hotel. I have often looked into the window and wondered what it would be like to bite into the crispy outside soft inside mung bean pancake but never found the time to do so. And right opposite the entrance to the hotel (not even round the corner) is the fried chicken shop.

I am thinking of soft-serve ice cream and hand-rolled kimbap. I am thinking of croissants and coffee at Terarosa and heotteok from the stall in Insadong-gil. I am thinking: what kind of job can I get in Seoul that will allow me to stay here for a year and do this massive food walkabout? It is a taxing question.

The first eating out decision was made by Seoul Sister (as I have mentioned previously, SS is not my real sister but is like a sister to me) as we head to Yongsusan, after dropping off our bags at the hotel. The question was whether to drive there or to walk for over 30 minutes and despite the freezing cold, we decide to walk. It was such a good decision as there was a lot of delicious Korean food to eat over the milti-course lunch.

I decided not to take pictures of every course as we were catching up with each others’ family news but even when I think back to each dish I am thanking my friend June who first encouraged me to try Korean food.

Towards the end of the lunch I had to take two photos. 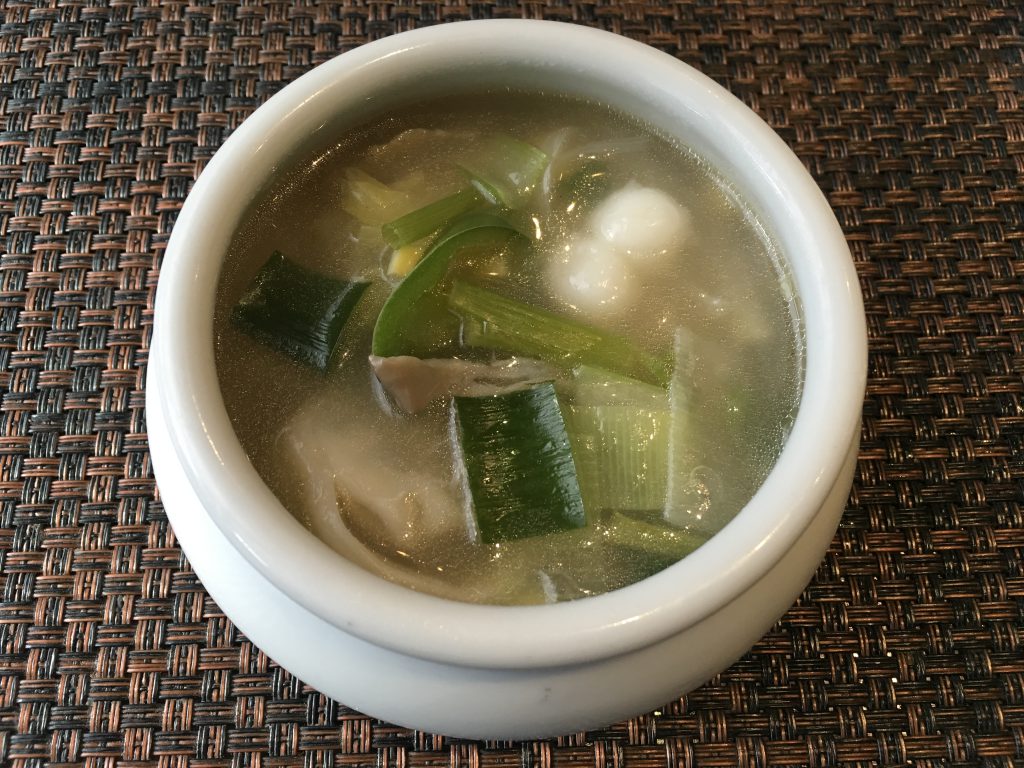 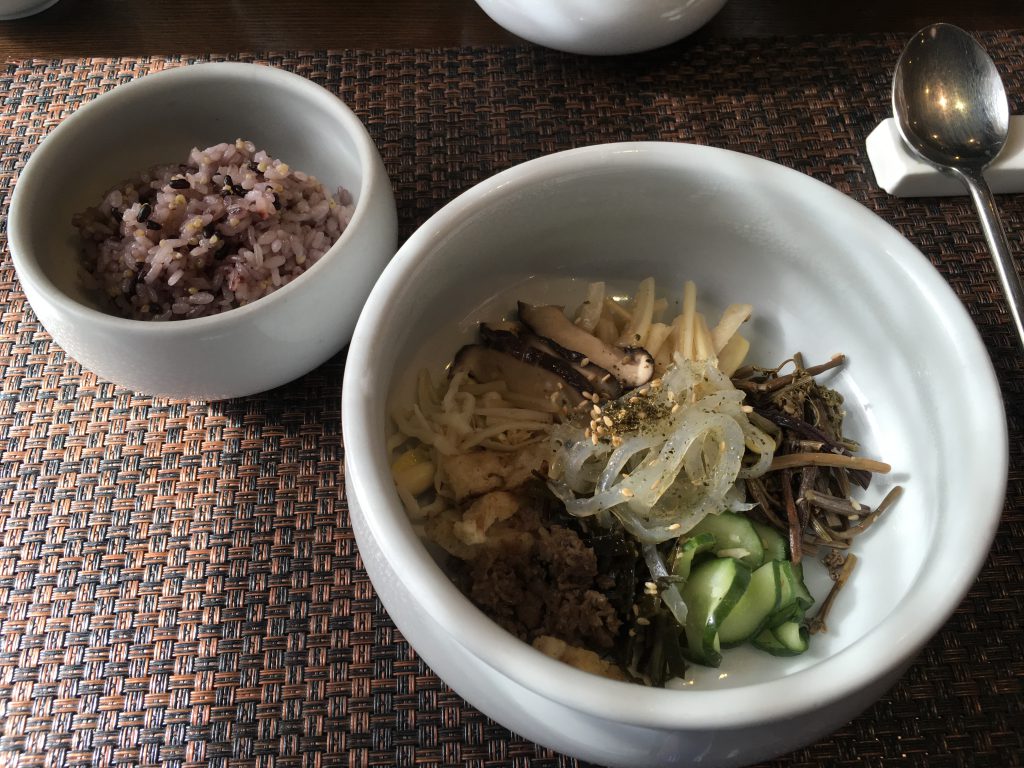 Another long walk beckoned but the path led to Terarosa where we had coffee, tea and shared a large slice of apple and banana pie. I know, this sounds like some strange hybrid but you can always trust Terarosa, which has test kitchens in their HQ in Gangneung, to only serve superstar cakes and breads.

Can we still eat dinner? Why, yes, because we will do more walking in the cold.

D-Tower houses many restaurants across several floors and there are many choices: burger, pizza, pasta, hummus, Vietnamese pho, Japanese sushi, Bills’ casual Australian (Granger and Co in London), Korean buffet and even a restaurant where every dish is based around garlic.

We settle on a beef and mushroom hotpot at Sariwon.

At the end of a most warming dinner, which came accompanied by five banchan (side dishes) I suggested to Mr Gochugaru that this would make such a good meal when the children are back home over Christmas. We could even do a small separate one for Junior 2  with tofu and more vegetables instead of the beef. 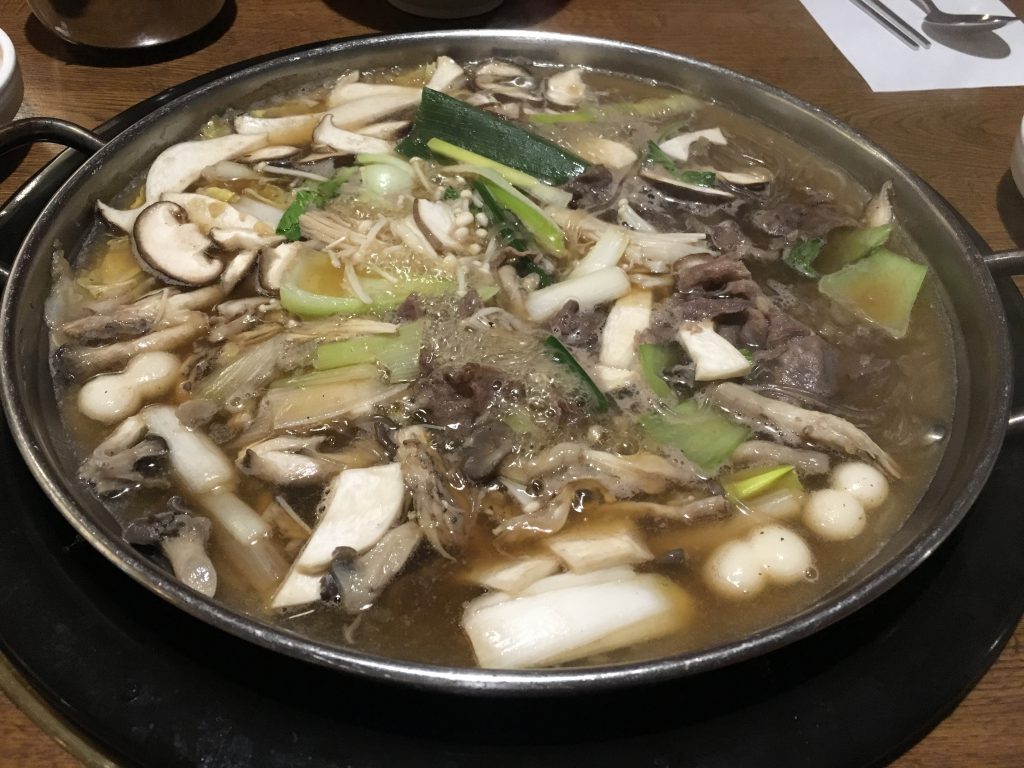 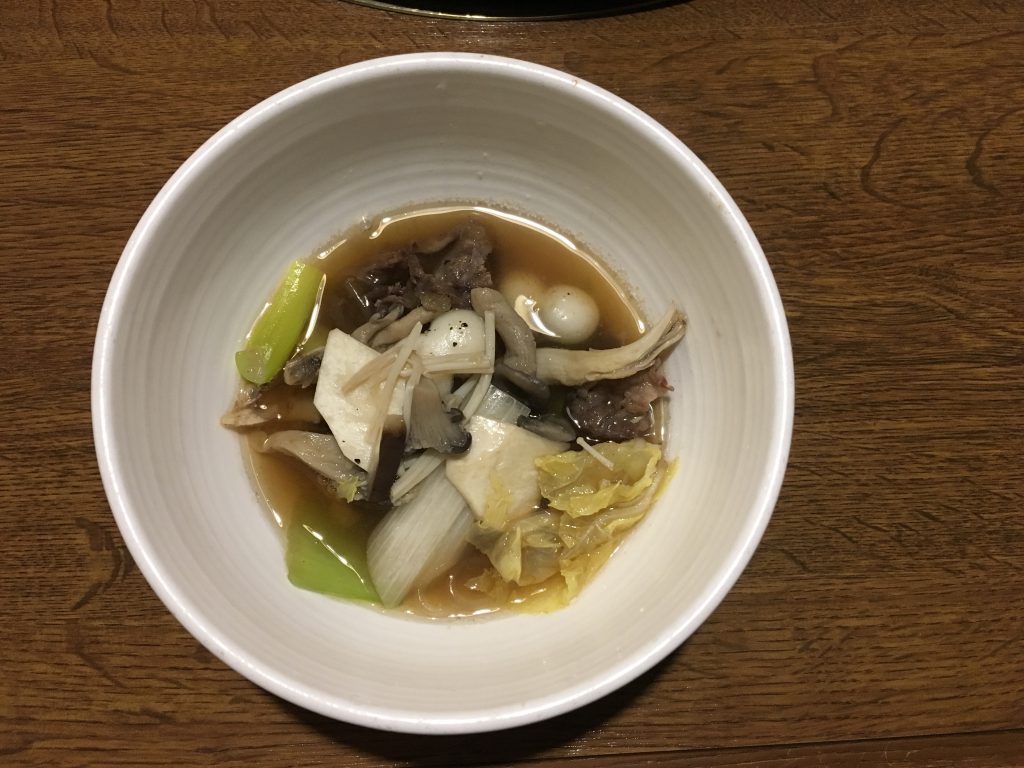 The one thing that we are reminded time and time again as Christians is that anything can be an idol. From the early days post-Exodus when the Israelites (as God’s chosen people) melted gold to form a golden calf, to the first Christians post-Jesus’ resurrection who had no shortage of Greek and Roman gods to turn to, we too in this day and age can fall into a trap of worshipping something other than the one, true God.

I bear this in mind every time I go through a list of things I want to eat and restaurants I want to dine in, that I should enjoy the experience but not let it control my every waking hour. On a basic level, this means I am not going to lose any sleep over it, not lose my temper if I don’t get a table and not lose sight of what else I can do in this great city.

So I am going to make a start on my personal food tour and see how much ground I can cover. Photos and brief descriptions of other restaurants in future Eating Out posts.